My daughter is a spitfire. A wild-cat. A force of nature. She is genuinely fierce, and has tried to kick me in the face more times than I can count. (Luckily, I’m quick enough to dodge, and of course, she isn’t trying to hurt me. But she did tag my wife just last night.)

She also loves the color pink, and wears her Elsa-themed Disney princess dress as often as we’ll allow it. I’ve seen her in a tiara, and it’s cuter than a waterskiing squirrel. But she won’t let us put her hair in pig-tails.

Honestly, like many a hetero-guy, I was frightened of having a daughter. I imagined future scenarios with boys at the door, waiting to take her out on the town. I was one of those boys, years ago. Their minds are not very complex, I’m afraid.

Once she was born, though, I realized that you take each day as it comes. We’re not yet 3 years in, and I’m eternally grateful that she wasn’t a boy, as it’s expanded my world immeasurably, learning to live with this head-strong, moody, gorgeous little blue-eyed girl.

And, on several occasions, I’ve wondered whether she’ll be interested in those boys that come to the door, or if she’ll prefer girls instead. I don’t mean to shock here. If I had to guess, I’d suspect she’s straight, like her brother and her parents.

But it’s 2015, and thankfully, most of us are comfortable with the idea of gender mutability and homosexuality. It’s cool with me that my little girl likes to wrestle and fight, in addition to playing with her dolls.

Who am I to judge?

It’s ironic, tragic, and a bit thrilling that we live in a country, and a world, that offers unprecedented rights for LGBT people, while concurrently, hordes still try to restrict their freedoms. It’s so of-the-moment to watch things evolve this quickly. (#YOLO)

Hell, I wrote a story for Lens in March, in which I profiled an artist who’d photographed Hijras in Bangladesh. Those are men who gender identify as women, and occupy a stratified position in the Muslim society. The article’s text was slightly amended, after a qualified commenter claimed I’d used improper gender nomenclature in my explication.

It doesn’t get more real time than that.

I’m always interested in the way photographers show us things we haven’t seen. Things that are relevant to the here and now. So it was inevitable that I’d want to review “You Are You,” a new monograph by Lindsay Morris, recently published by Keher Verlag in Germany.

And so I shall.

The key to the book sits on the cover, but I didn’t notice, as I opened it rather quickly. The first photos give the sense of a camp environment, but not much more. Picnic tables around a campfire. Lush green vegetation. An archery target affixed to a tree.

Then, after the title page, we’re treated to a visceral, and not-too-long poem by Victoria Redel, that describes a young boy with the courage to publicly acknowledge his love of glitter, and other “girly” things. It was a moving piece of writing, and then the next page, (the cover image I’d skipped past) shows what appears to be a short-haired boy, with a flower in his hair, frolicking with a gaggle of girls.

OK. I get it now. This is not just any summer camp. Interesting things are happening here, and I want to know more.

In each subsequent photo, I found myself scouring the images more carefully. Is that a boy? Could it be? What’s going on here? What’s the deal?

The pictures are uniformly well-made, and the sense of joy and play leaps off the page. I’ve been not-so-patiently awaiting summer, and this book made me want to bellow at the gods to make the good weather come that much sooner. (Or at least bellow at the fuzzy bunny staring at me, just outside the window, in case he has a direct line to Mother Nature. Make it warm, little bunny. Make it warm.)

There is a fair bit of text at the end of the book that gives us the context we’ve mostly guessed at. Ms. Morris spent several years visiting, and photographing, at Camp You Are You, which takes place over a weekend every summer. It allows “gender-nonconforming children and their families” a space to hang out together, play, and explore their identities collectively.

The end section features resources for people wanting more specific info, several essays, and testimonials directly from some of the parents. It’s a photo-book with the heart of a instructional pamphlet. Or maybe it’s both.

People like us, we’re the target market for this sort of publication. Open-minded, liberal, supportive. I’m sure some of you might break that stereotype, but creatives in general tend not to be small-minded homophobic racists. So this book might well be for you.

Personally, I’d be more curious to see the expression on someone’s face, someone who believes in denying others the freedom to be themselves. What might they say, while flipping through these pages? How much evidence of joy would it take to set them off, to fire up their anger? How many kids would they rather see cooped up inside an oppressive box?

To Purchase “You Are You” Visit Photo-Eye 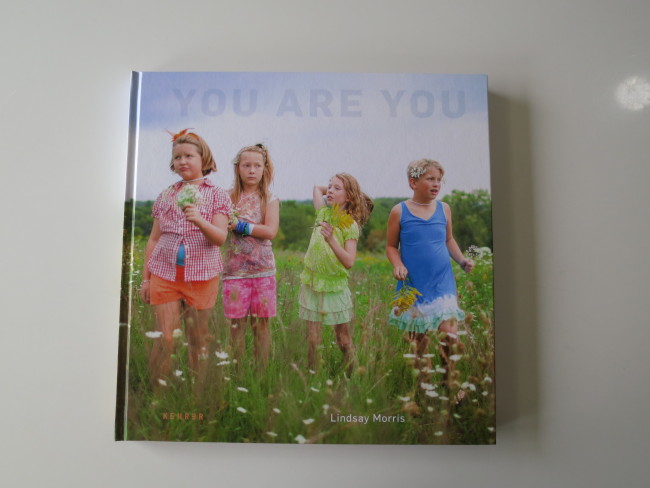 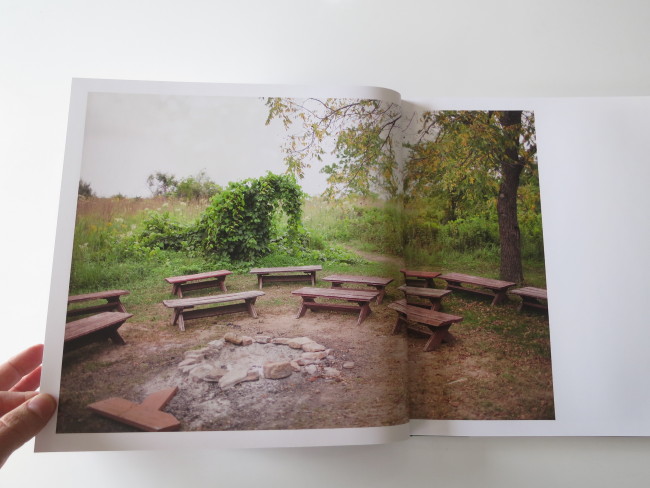 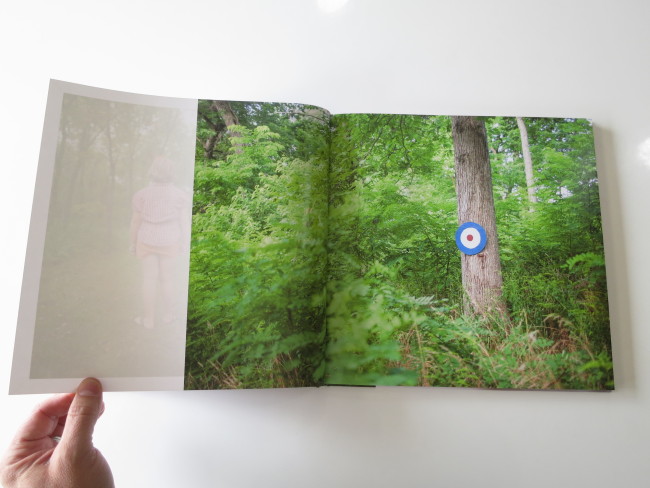 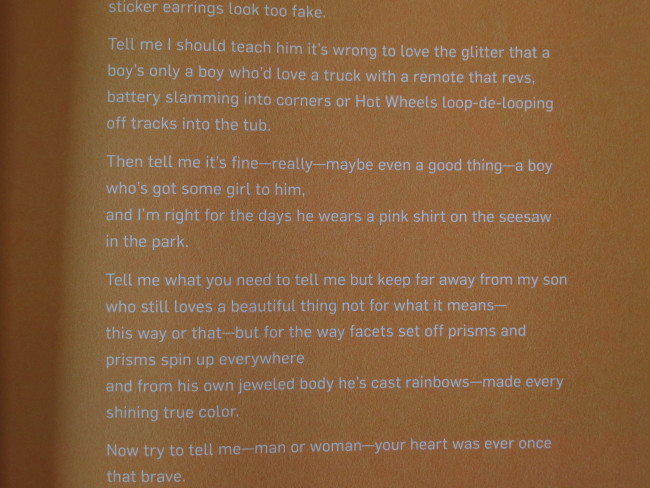 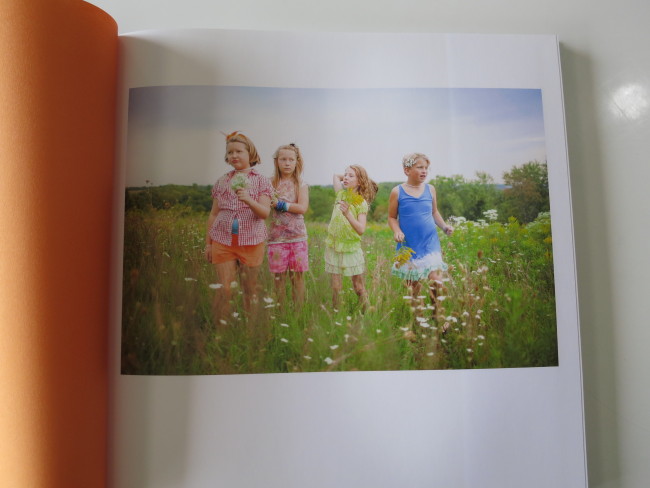 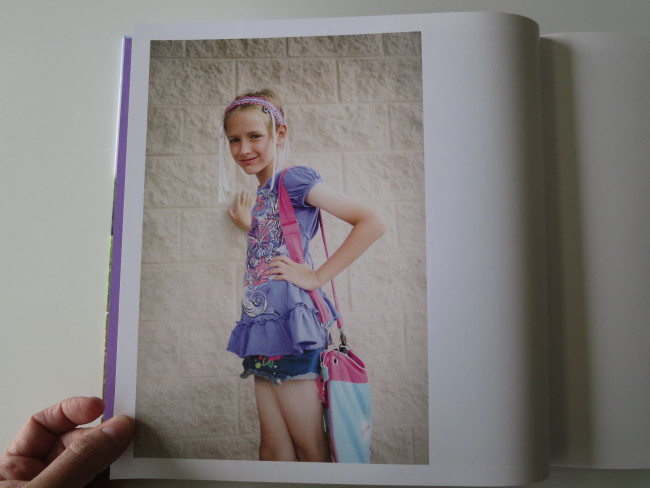 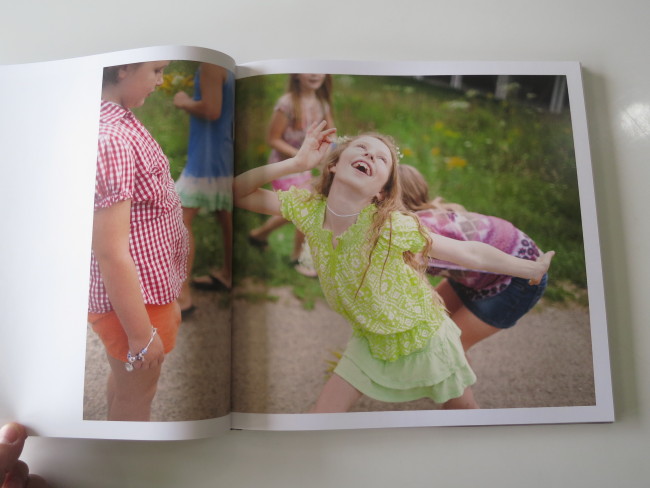 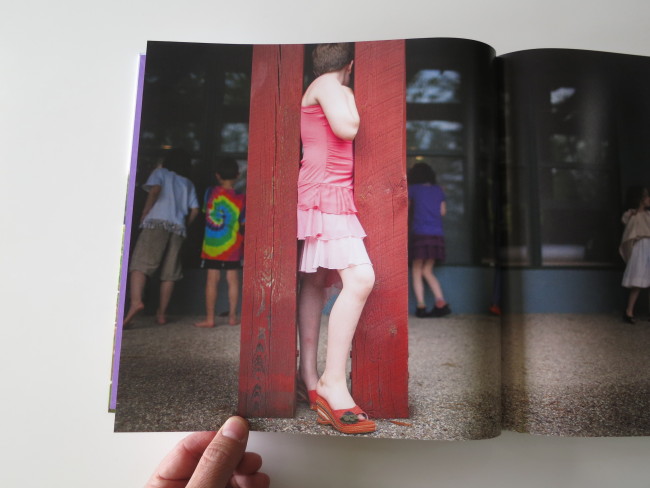 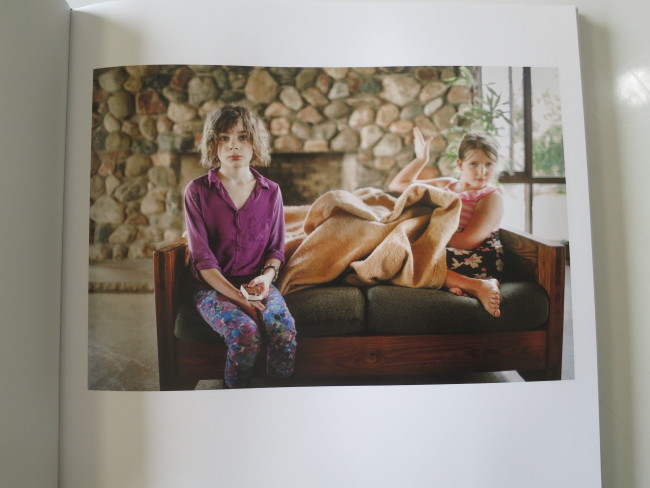 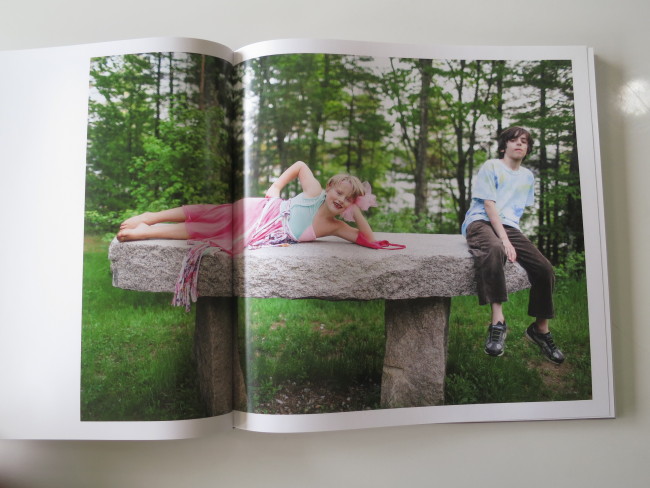 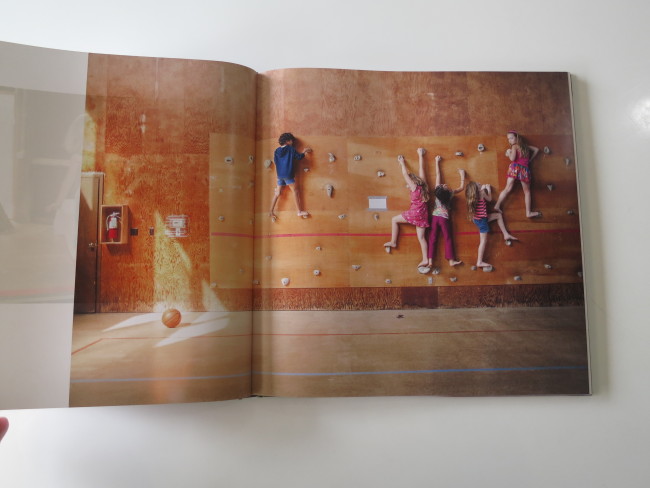 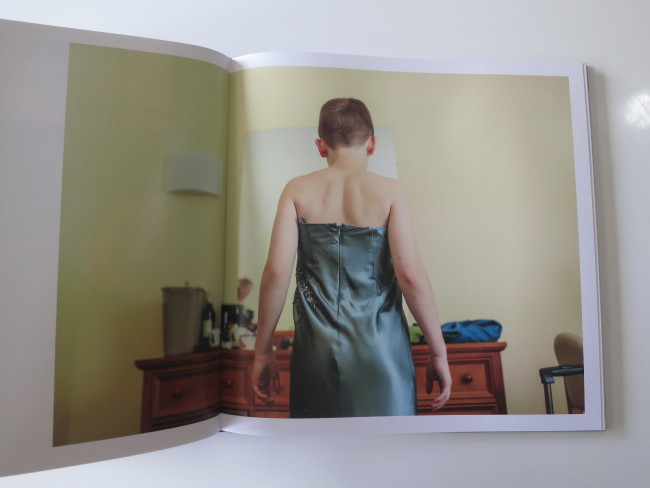 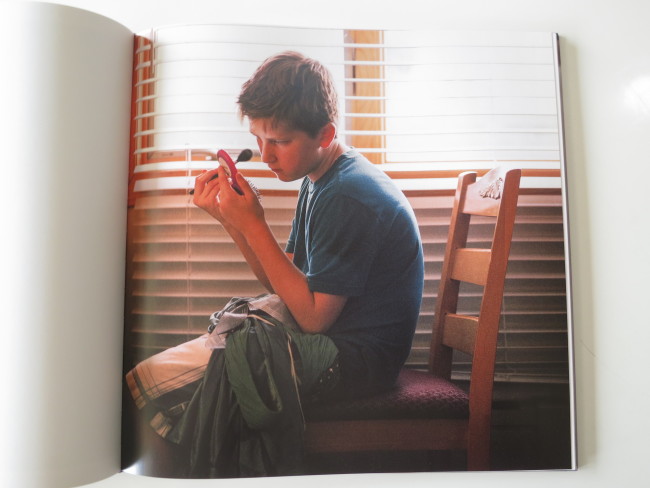 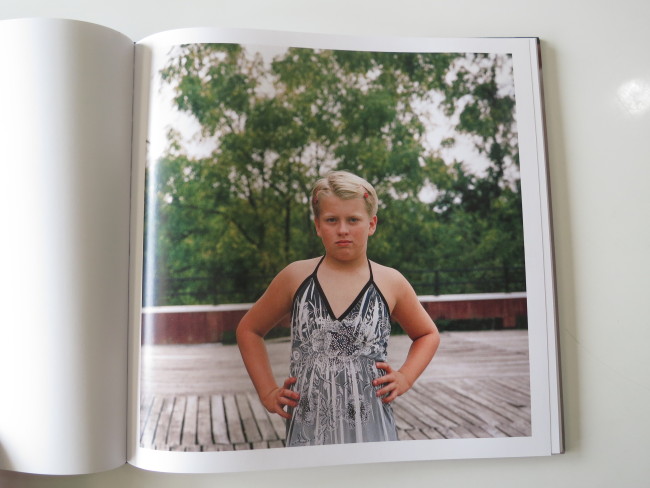 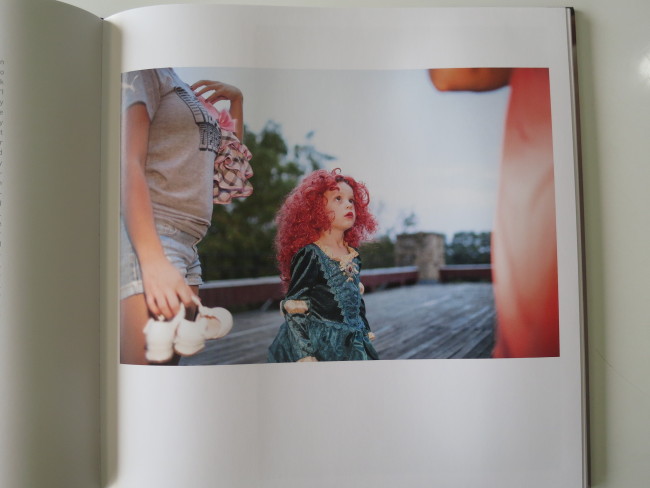 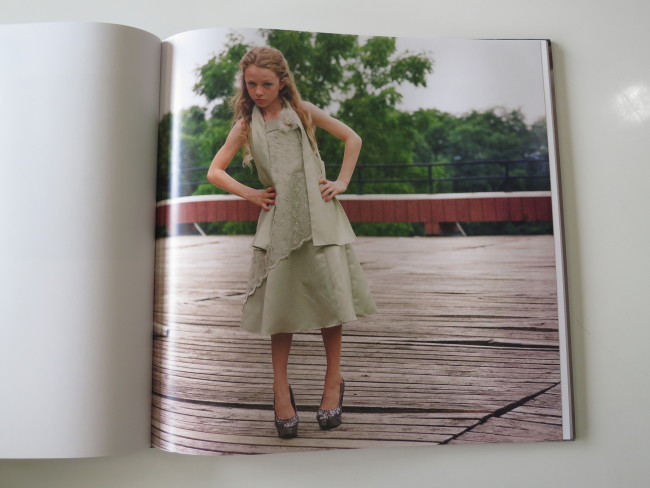 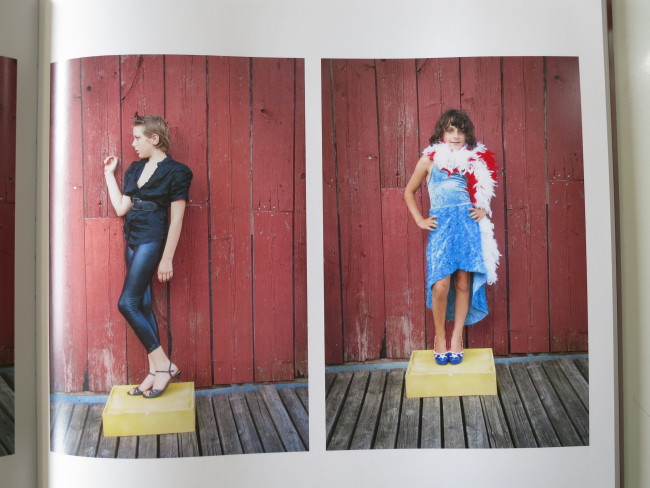 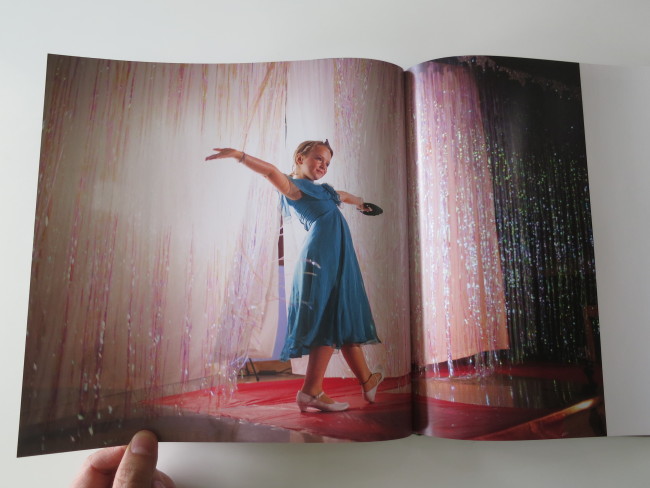 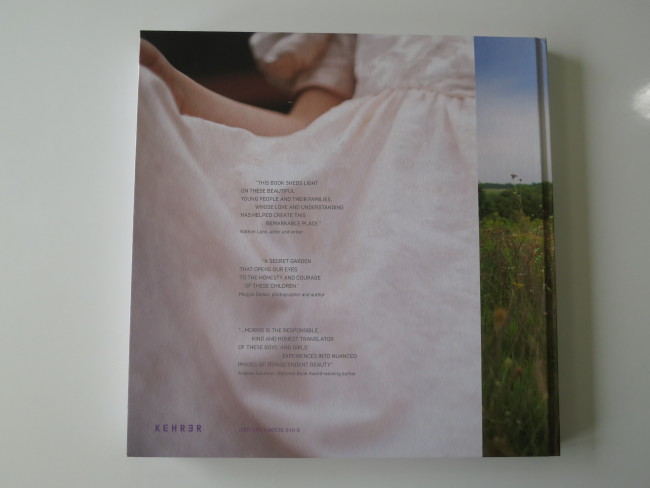