I made a few more changes to the promo to get it working better before I send it out. I decided to change the name to: 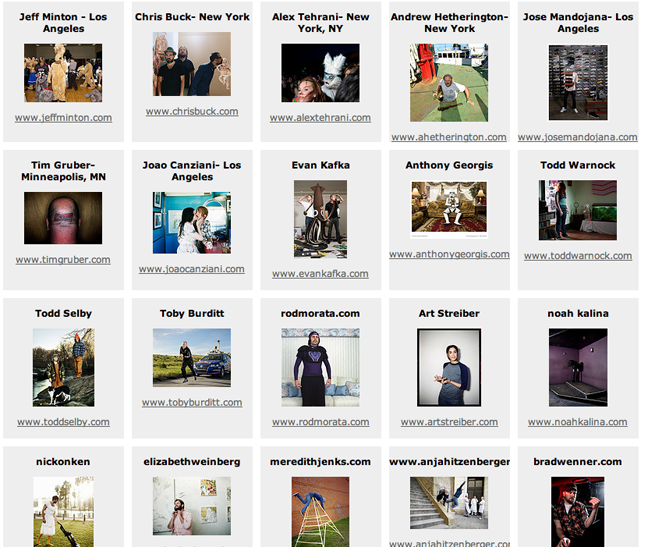 After seeing ILikeThesePhotos in print several times I was starting to think it sounded a little juvenile, not very professional and too one sided. Folio Browser is a little stiff but I can see it becoming a useful tool for Art Buyers and Photo Editors and I’d prefer it sounded professional (it’s kinda like when your daughter name’s the dog princess and the stupid thing gets lost and you have to drive around the neighborhood yelling princess at the top of your lungs).

The biggest change is that the links to photographers websites are direct. They don’t go to Flickr first. In fact you don’t even have to know Flickr is involved in any way. It just serves up the images for the thumbnail page. The other big change is that the title can now support a name and location for the photographer. I’ve heard from a few people that this would be a really useful addition. If anyone wants to help me out with the locations for all the photographers just visit the flickr page and leave a comment on each one (here). I may not have the time to get them all changed on my own.

I already have several requests to make region specific versions of this project (Canada, West Coast, Los Angeles, Mexico, Mid West) with different groups of editors selecting the final group. I think that’s a great next logical step and I’m excited to see if this could become a regular resource for people. Only time will tell.

The only major problem with the new version now is that it’s slower than the previous. See what you think for yourself:

Tracking my movements on your email promos and website.

I think my enthusiasm for email promos and links to work on photographers websites was completely cut in half the day someone emailed me and said “I see you’ve been checking out my book” I actually looked for a portfolio in my office because I didn’t recognize the photographers name, “I just wanted to see if I can show you some more work or shoot an assignment for you.”

Then I realized they had tracked me from an email promo I clicked on and suddenly I felt duped. Are all the photographers secretly tracking my movements to see when I click on a link or how much time I spend on their website. Man, that sucks.

The truth is I spend way less time on someone’s website that I really like and way too much time on websites I find horribly bad.

2 promo cards in the mail today. Can’t remember the last time I only got 2. Maybe the promo card side of business is slowing down because of the web. Anyway this one looked cool and the photographer, Ayuson has some nice material on her/his (can’t tell with only one name to go off of) website. I really like describing light. 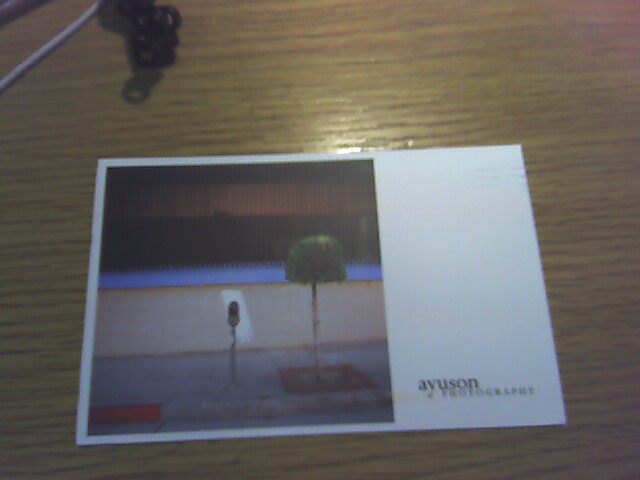 The other card went in the garbage.