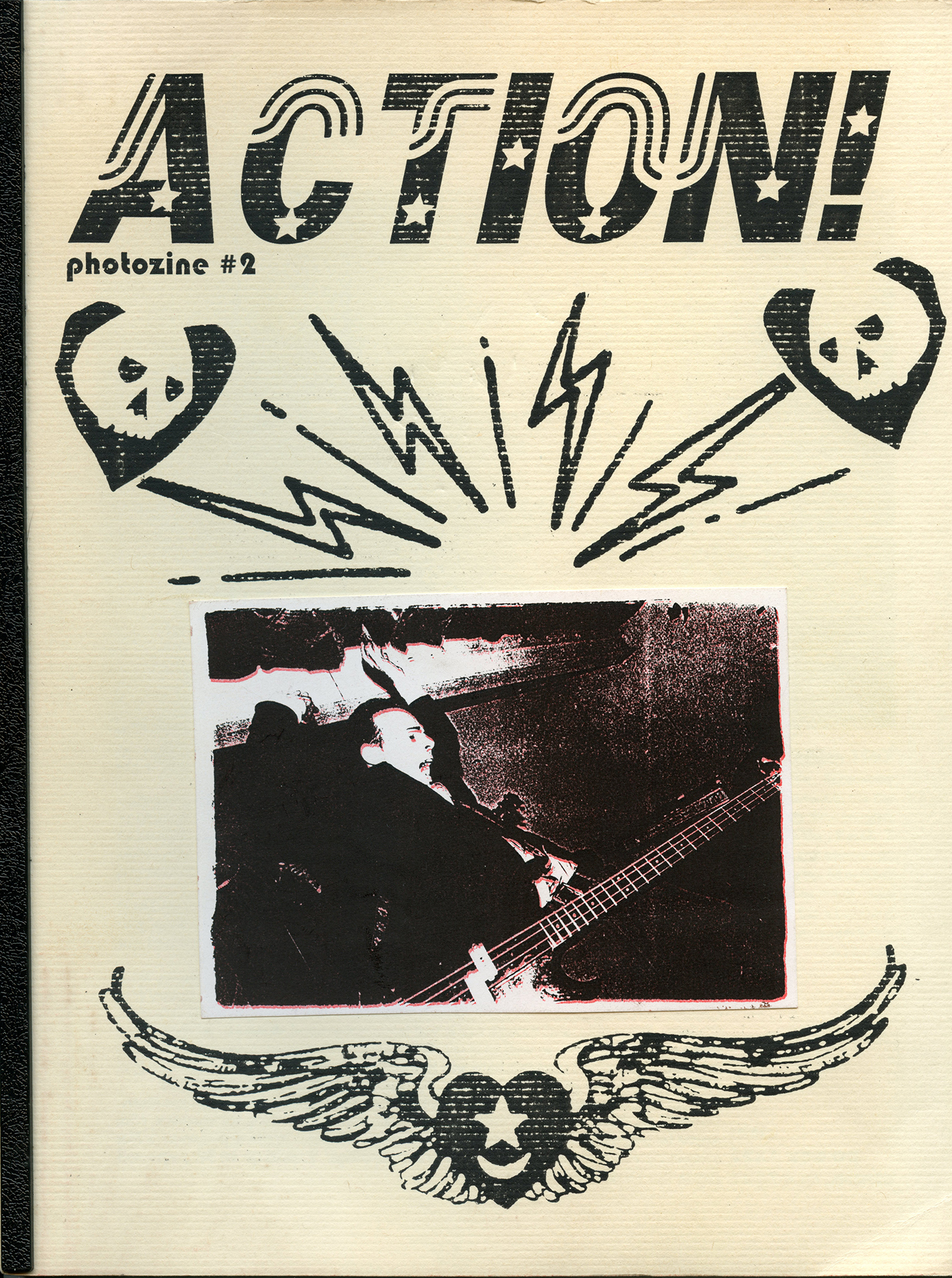 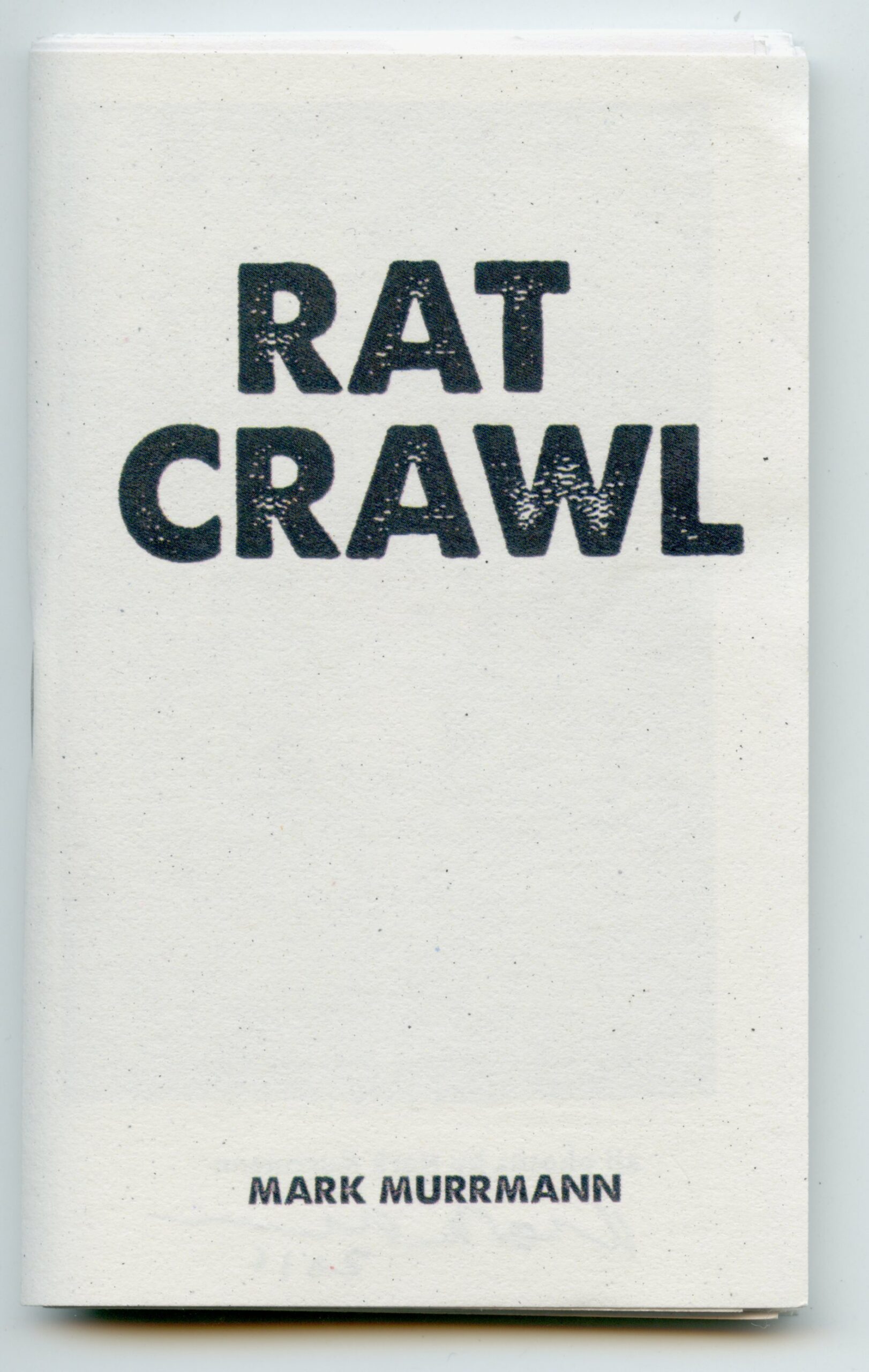 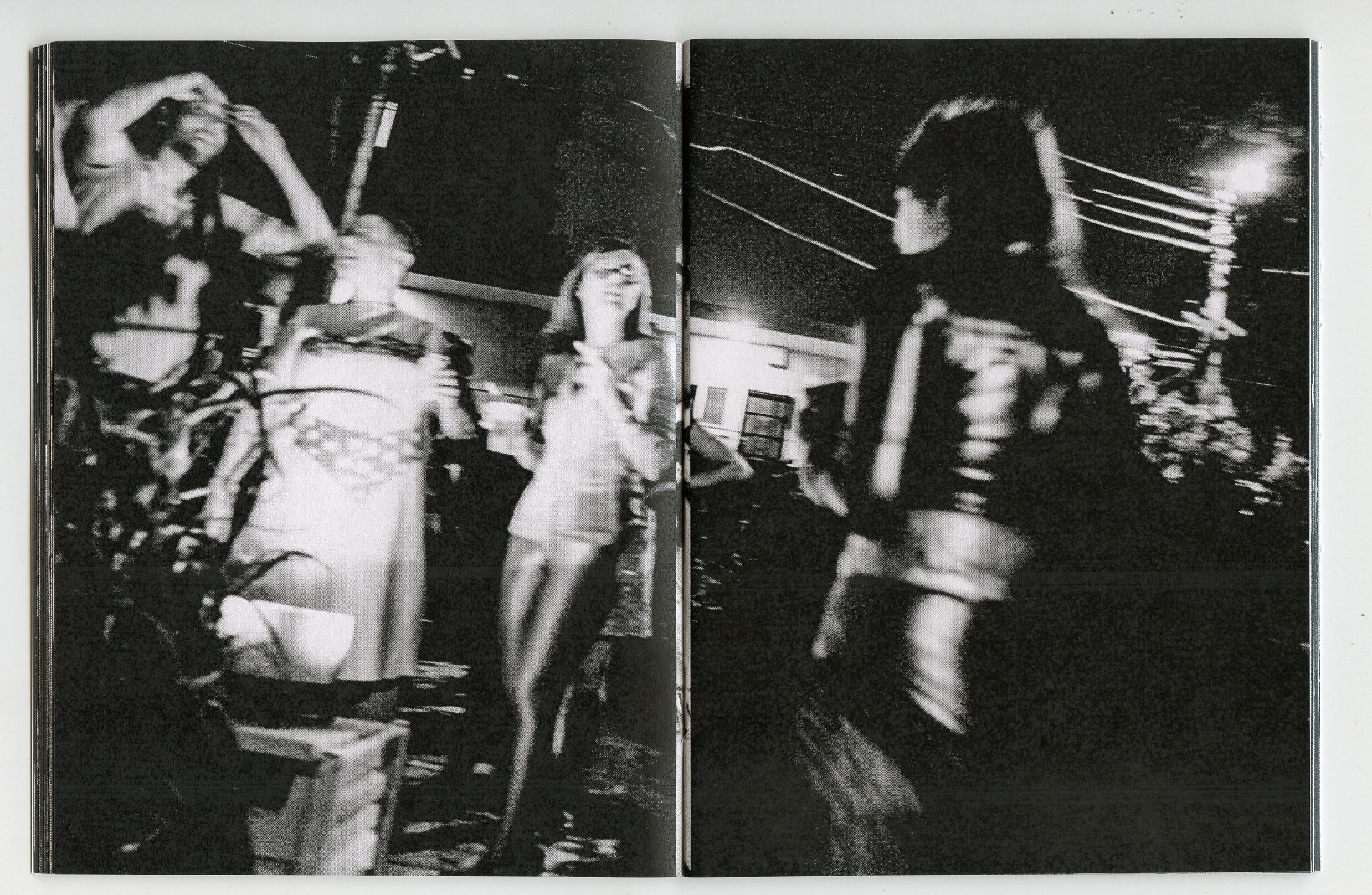 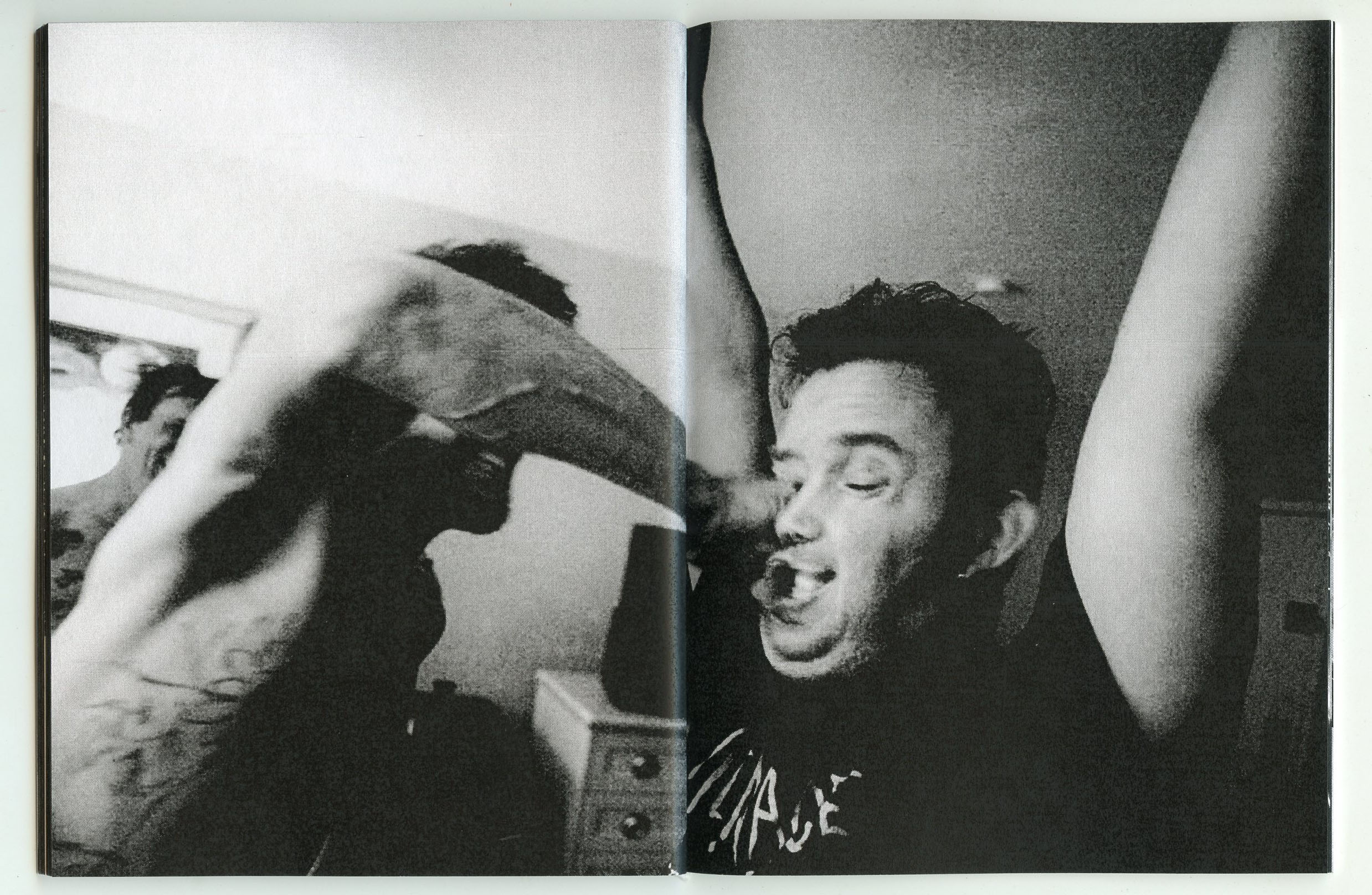 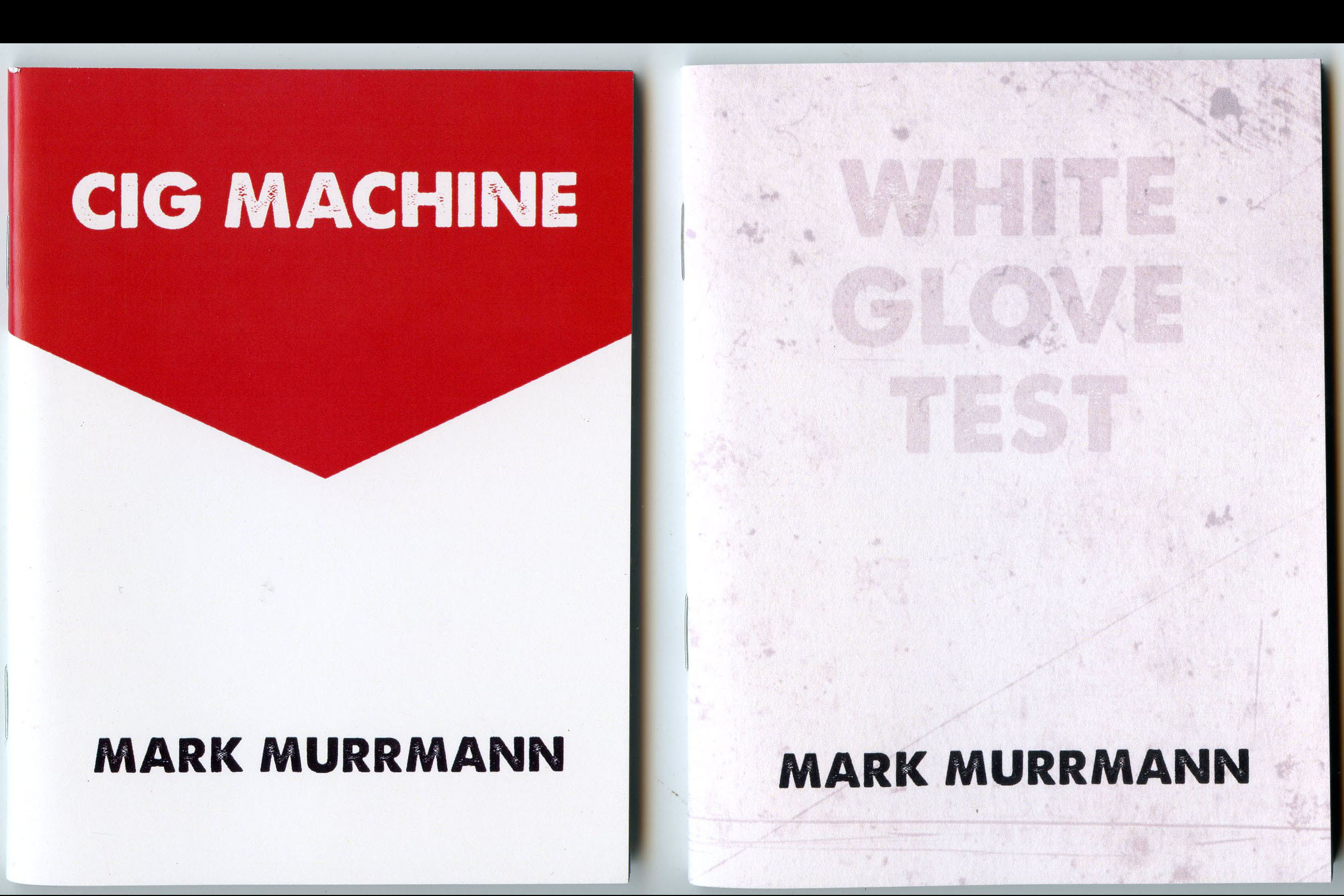 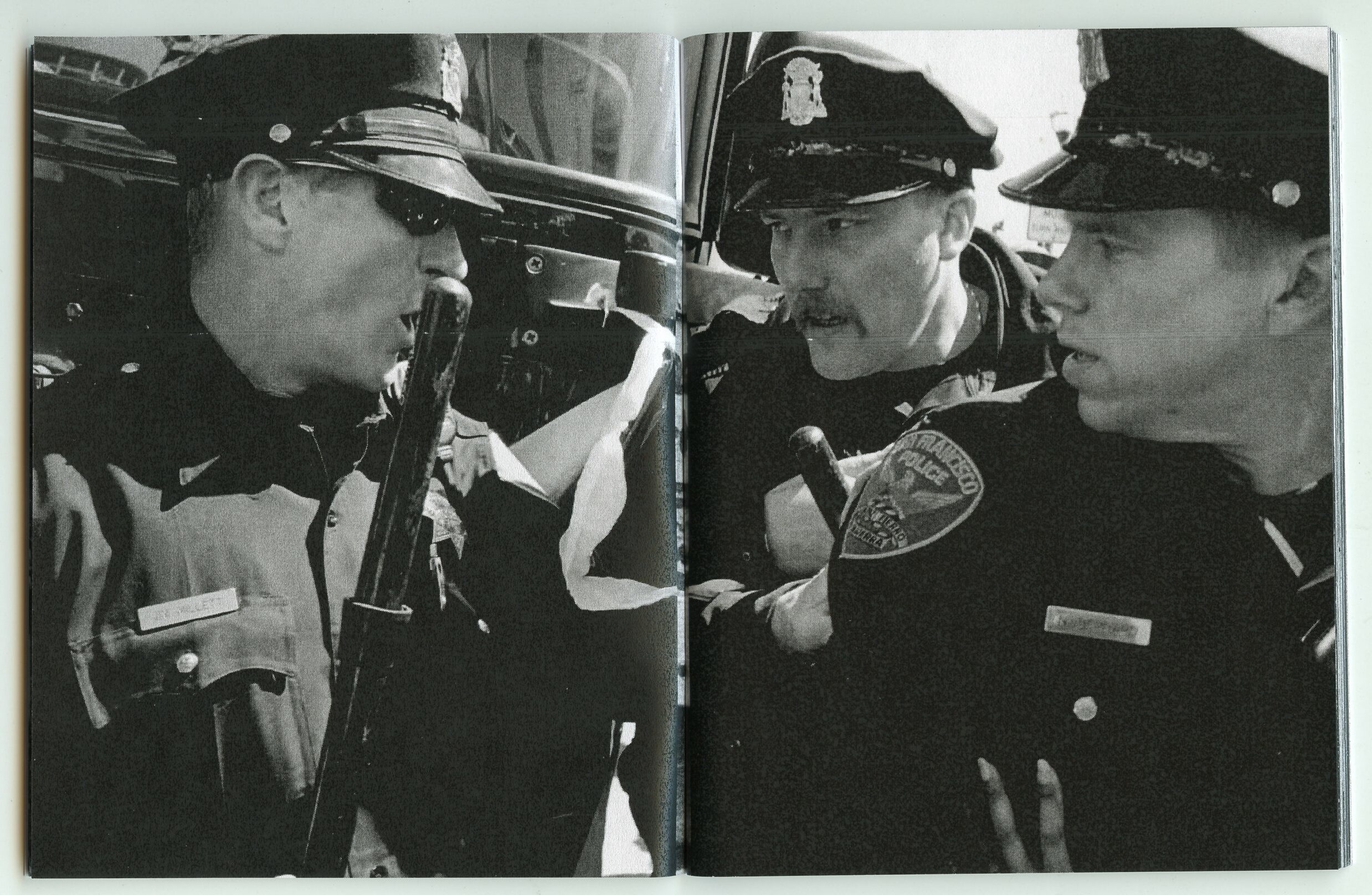 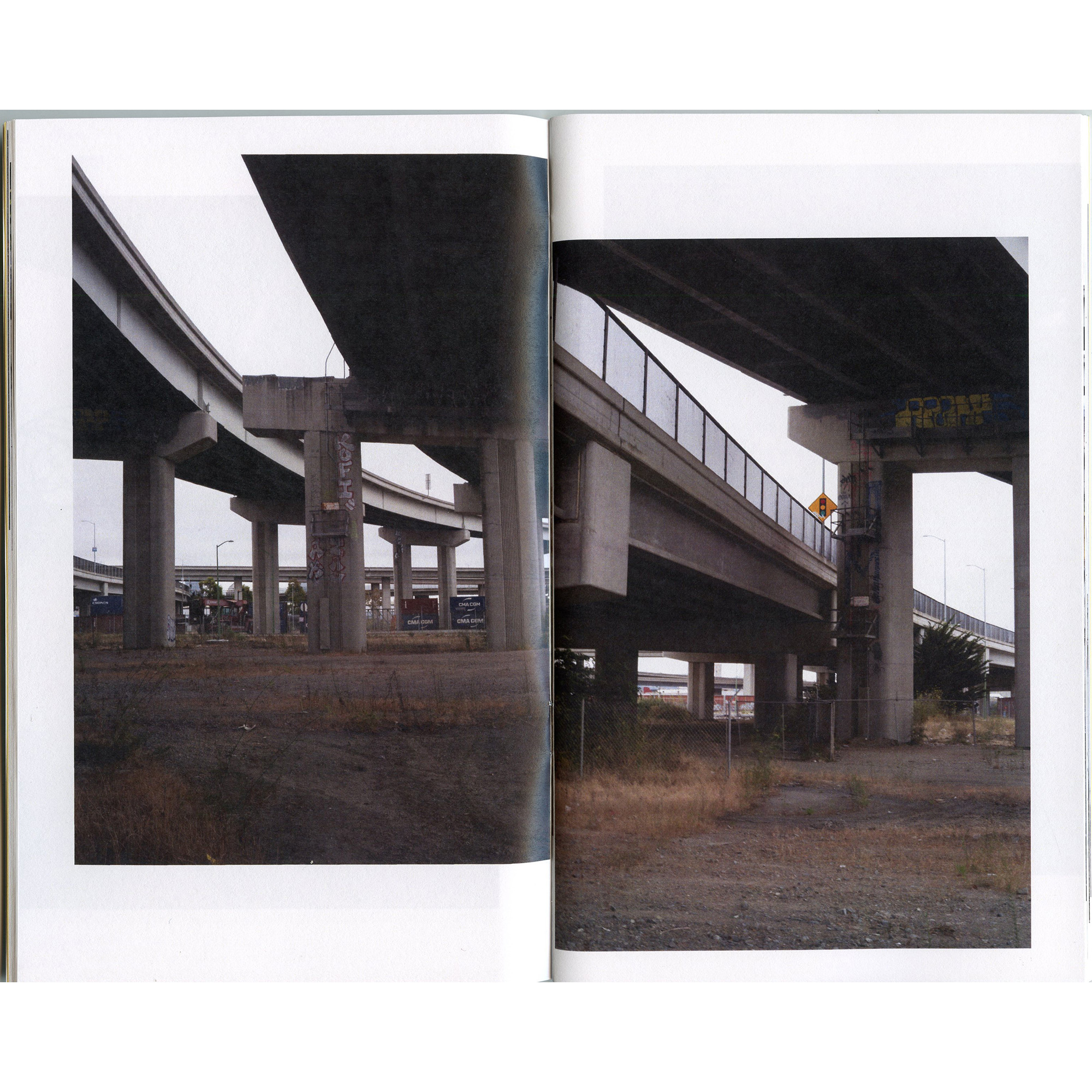 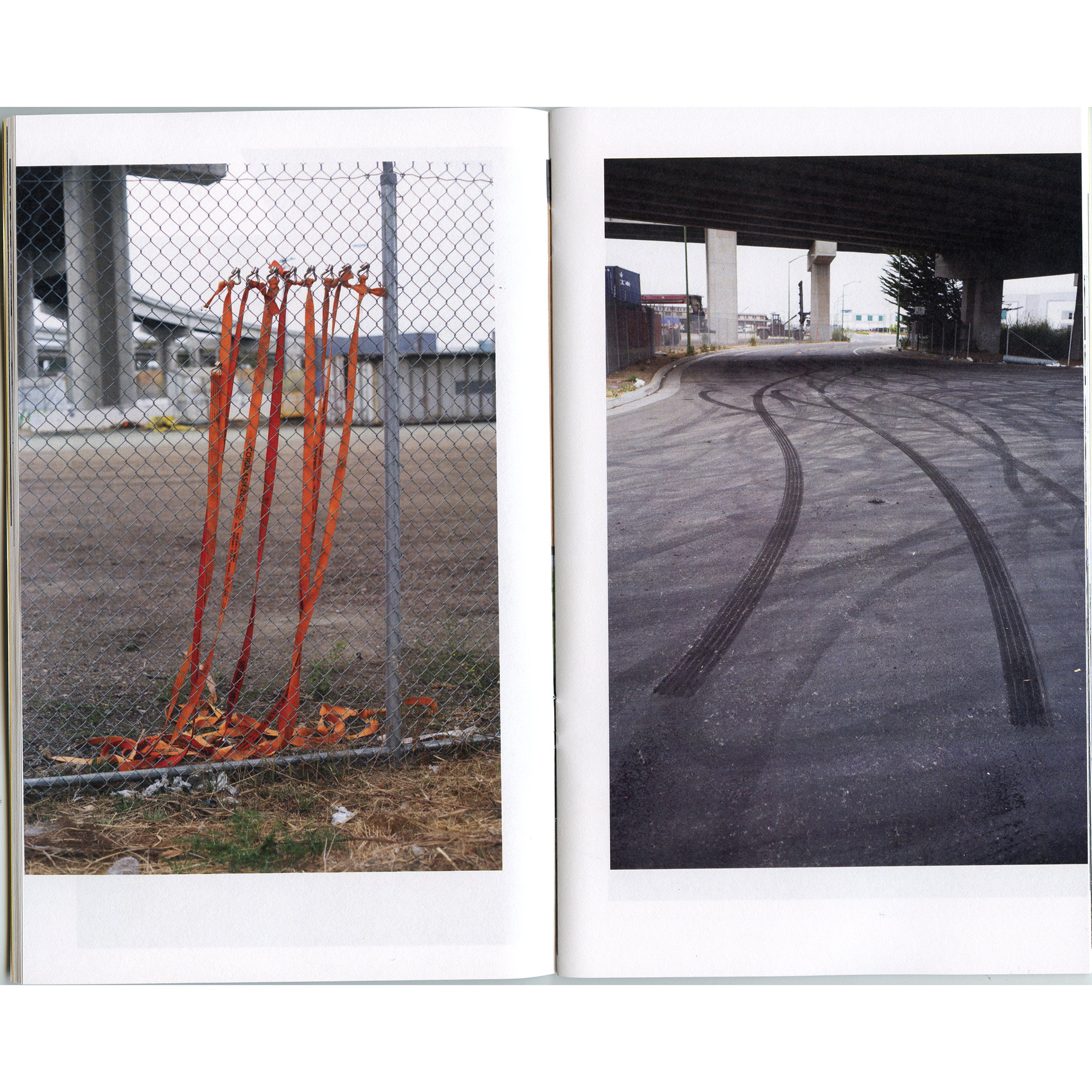 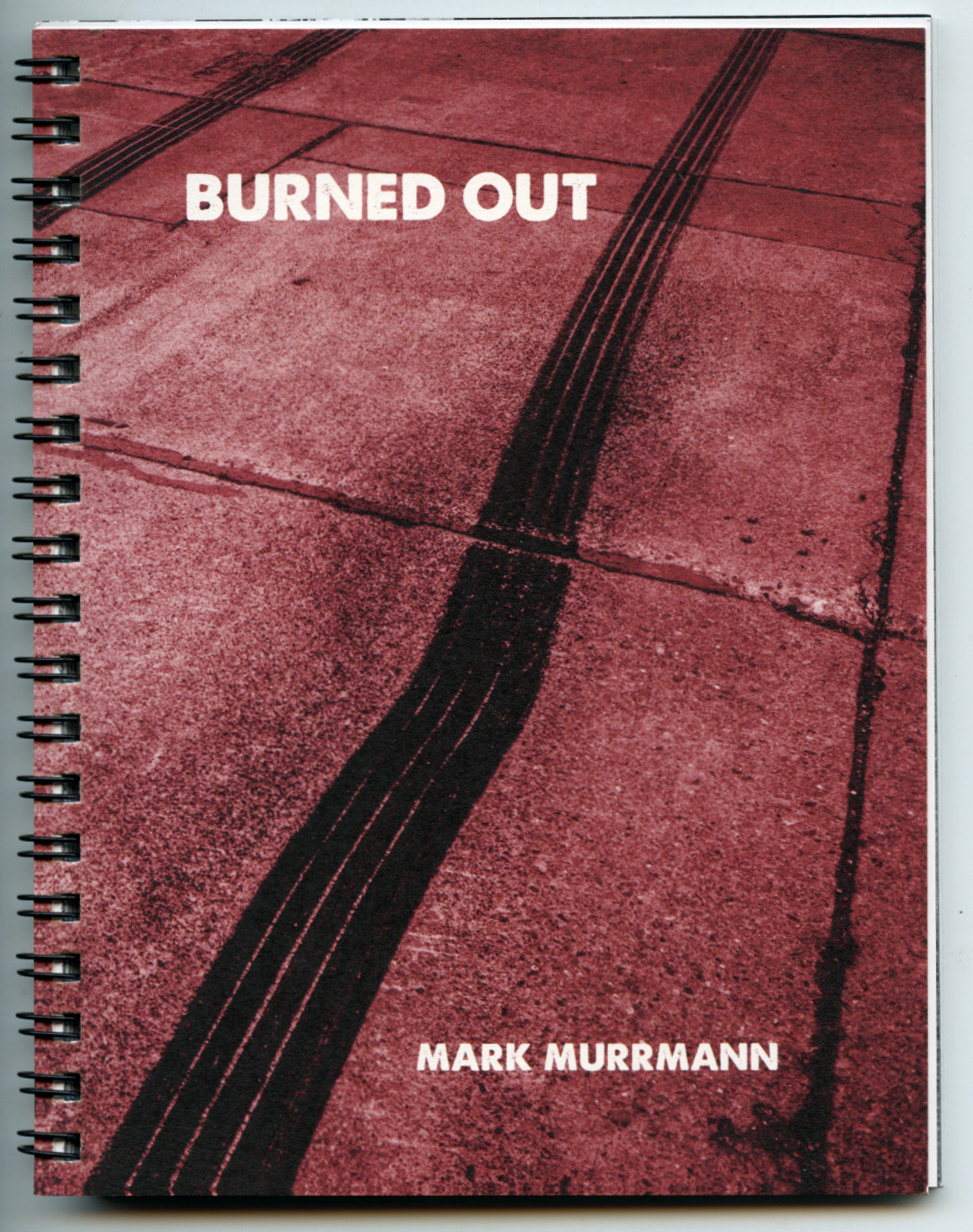 I got a chance to connect with Mark about his passion for street photography and the zines that grew out of that. He was in the front row during the recent boom of photozines and has created an impressive collection of over 25 self-published photozines, a process he calls an “intuitive, spontaneous exercise.” You can see the collection of all his photozine covers images here. By day he’s the photography director of Mother Jones and has been for the past 15 years.

Heidi: Are you printing out images to sequence for your digital projects or do they stay in Lightroom?
Mark: For digital only projects, usually all the work stays in Lightroom. Sometimes for bigger projects I’ll make prints, but it’s rare. For zines though, I first compile a batch of images in Lightroom, then will often print out small rough prints and hang them on a wall. But when I do the layouts, it’s usually a process of dumping photos in a layout, moving things around to see how they fit, so the wall sequence is more of a rough guide than a final edit.

How has your eye or your thoughts around self publishing changed from your first zine to your most recent?
It’s changed significantly. I published my first zine in 1992, a really random zine that kind of focused more on skateboarding. I had no idea what I was doing. It was a cut and paste mess. Over the years I learned by doing, by making mistakes, by seeing other zines. That zine, Sty Zine, started including more photography as my interest in taking pictures (of skateboarding and punk bands) grew. Eventually the photos from Sty Zine branched out into its own zine, ACTION! Photozine. In the 30 years I’ve been doing zines I’ve come to really love certain aspects (the publishing side: designing, printing, physically putting the zines together) and not care for other aspects (marketing and selling them). There are fundamentals that have remained: it has always been something of an intuitive, spontaneous exercise for me, it needs to be fun otherwise; I like playing around with different formats and sizes; I like to keep them cheap if I can. I’d like to think I’ve gotten better at making zines, but there’s always room to do better I’ve considered getting more serious about publishing but think it would sap what I love out of it.

Of course, the tsunami of digital photography influences (some would say erodes) how we consume rather than look at photography. How have these social platforms influenced you both good and bad?
One way Instagram has negatively impacted me and my work is that I’m less inclined to share images that don’t “work” on Instagram. They’re either too subtle or they might be a wider shot (or even panoramic) that reads small on the platform. I’m making fewer zines. Before social media to easily share and consume photography, there was more of a necessity to publish as a way to get work off contact sheets (or hard drives), to be seen. The positive side of course is that I’ve reached people beyond my usual cadre of photo friends. It’s a way to get your work seen and a way to publicize printed zines. For me, there’s no better way to enjoy or consume photography than in a book or zine form. The way the images work with or against each other on a page (or sit by themselves on a page), the way they interact with the photo that came before and comes after as you turn the pages. The physical design, the paper, the printing. If done right, it all plays into the body of work you’re presenting. That said, I spend far, far too much time idling away on Instagram. Blah. But I also have too many photobooks and zines! Haha. The more limited impact of what’s in a book or zine leaves more of an impression with me though than the endless stream of images on social media.

When looking back at your early work, are there clues that ground the viewer in a certain decade? (beside clothes and style) You were shooting pretty tight back then to give the feeling of being “pushed up against the stage” at the punk shows. Do these feel timeless when you revisit the set?
I don’t think they feel timeless, though I was kind of going for something like that, especially with my music photography. There’s a definite shift in my work. I still like shooting right up front at shows, but one big difference is I used to use a direct flash and was very loose in my shooting. It was all film, almost all black and white. So, it has a pretty specific look. These days, especially with the high ISOs available on digital cameras, I rarely use a flash and am composing more carefully. When photographing shows, I still try to capture that feeling of being right up front, in the thick of it. But I’m also going to slightly different shows. Not quite as raucous, so the images feel different.

If you were to give advice to your younger self, what would it be?
It would kind of be what I am still telling myself now: push yourself more; be more focused in what you’re photographing; take more risks; do more. Don’t be afraid to think of yourself as an artist.

I know books are expensive, why zines? They both have a tactile quality but what about the zines suits your style of image making?
Good question. A while ago I started editing my street photography for a book. I got as far as making a dummy. It was more or less ready to go – but it just didn’t feel right. I was having a hard time with a few aspects of it. The cost, sure, but more fundamental questions: Why am I making a book? Who cares? What am I trying to say? It felt more like making a book for the sake of making a book and there are already too many books. Also, a book felt like a period, an end to a body of work on which I was still photographing. So, I took a step back, broke down the pile of images I was working from and decided to make a series of zines. I thought of them as editing notebooks in a way. Editing different zines from more or less the same body of work, focused around a different theme. The series was called City Slang and each zine was titled after a song, which provided the theme of the zine. Some were more successful than others, but that’s one thing I liked – I could roll the dice a bit. They were cheaper to make and I could sell them cheap. I made them small (most about 5″ x 4″), which allowed me to always have one on me to give away or sell. The printing wasn’t perfection, but it fit the work, as did the small size and full-bleed spreads. All around, I think the zines fit that body of work better than a book. That said, I’m starting to come around to an idea of a book again for the City Slang work since it feels more finished. We’ll see.

The zines I’m doing now aren’t within that series; they have a different look and feel. Still street photography, but very different from the City Slang work. Flatlands and Flatlands II are color, digest sized, hardly any people in the photos at all. Burned Out is all photos of burnouts, donuts, skidmarks.

Are you part of any photo collective currently?
I am part of a photo group called San Francisco City Photography Club. It’s a loose group of street photographers. Before covid, we were meeting once a month for critiques and to hangout, talk, putting together group shows and group zines. Despite meeting regularly over Zoom during covid, things have gotten pretty quiet with the group.
As far as shows, I should be better about pushing to do shows around zines I put out. That’d make sense – get the work up on walls for people to interact with it in a different way, sell some zines, have fun. Doesn’t even have to be fancy. Just make something more of it. I’m bad about that. That said, I did have a great show in Altadena, California in May at the Alto Beta Gallery. Brad Eberhard who runs the gallery specifically wanted me to show work from my Flatlands zines – color work from West Oakland. It’s a basic thing, but putting together a show makes you think about the work in a much different way than throwing together a zine. It was great. And it was awesome getting to show work outside of the Bay Area. I’d love to do a show with work from my last zine, Burned Out. I just haven’t put the work into making that happen (this is where the advice to my younger self applies to my current self).

What are you most excited about for street photography as a genre?
I have gotten pretty picky about street photography that gets me excited. I like work that is more subtle or ambiguous, more emotional, dark, gritty, makes you question what you’re seeing, lets you get lost in the image or that makes you feel something. That’s broad sounding, but within street photography I think that’s a relatively small niche. I feel like there was a pretty big swell of interest in street photography before covid and I have to admit, I would be happy if it has piqued and dies down a bit.

This Week in Photography: The Best Work I Saw at Filter

The Art of the Personal Project: Tyrone Turner