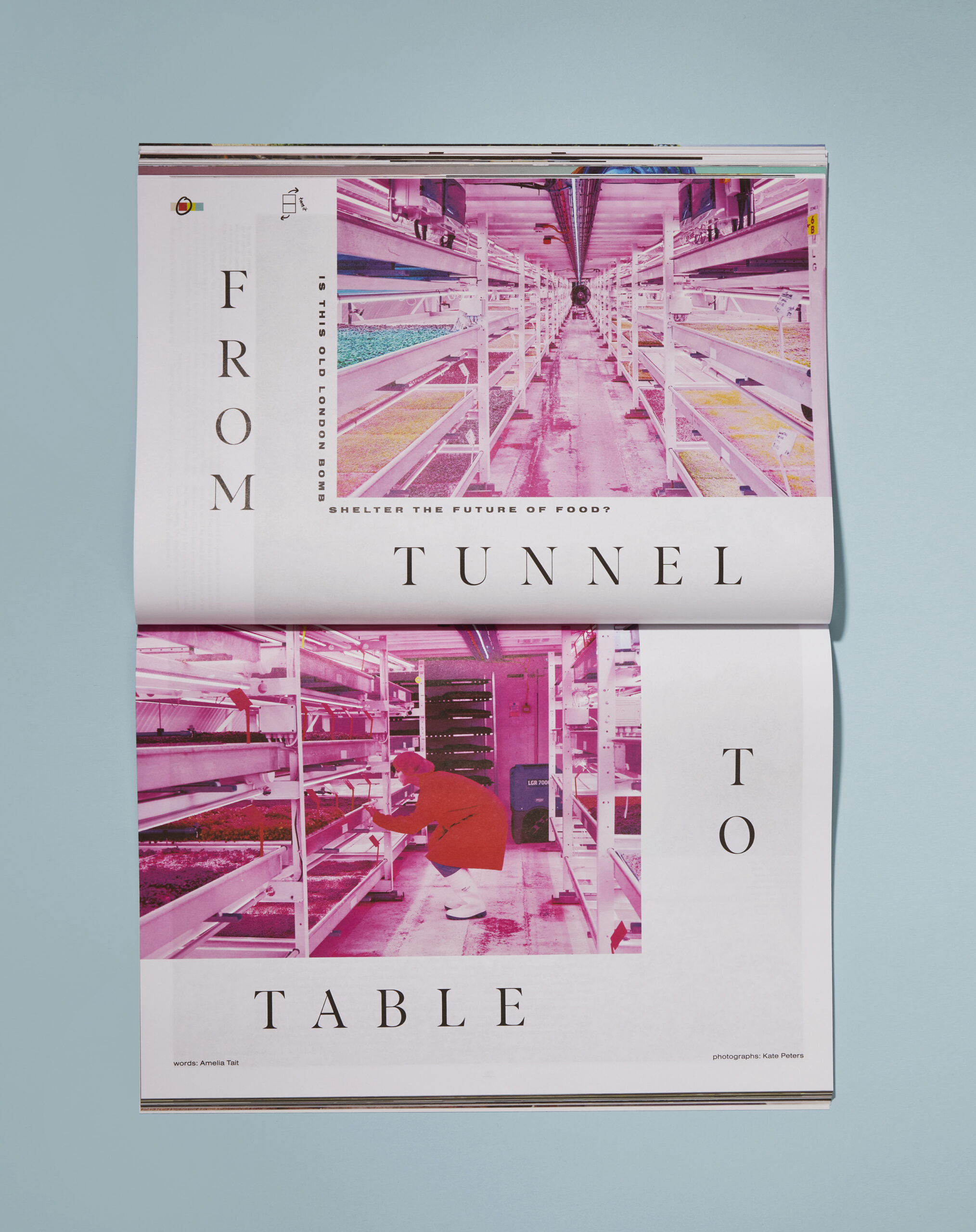 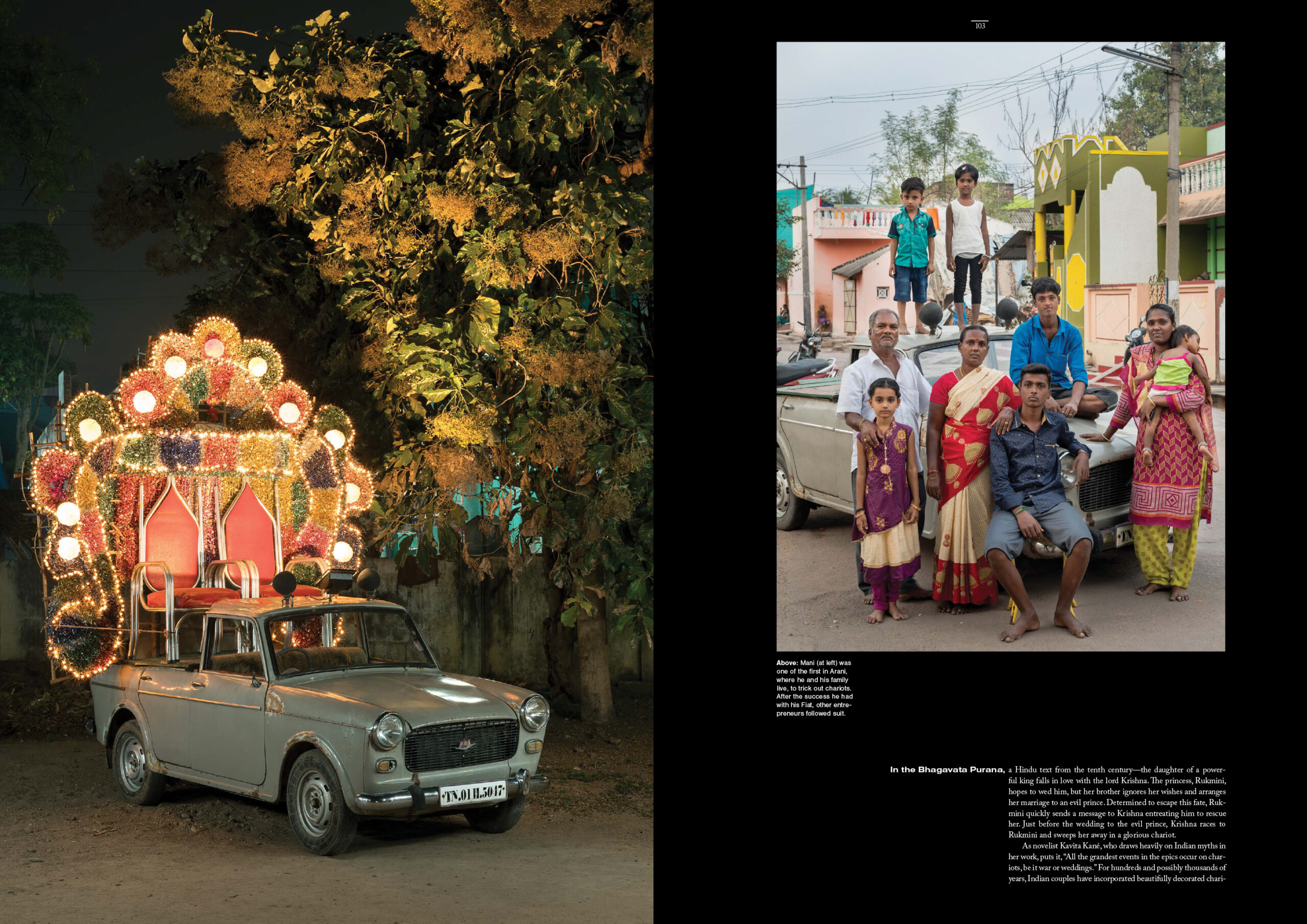 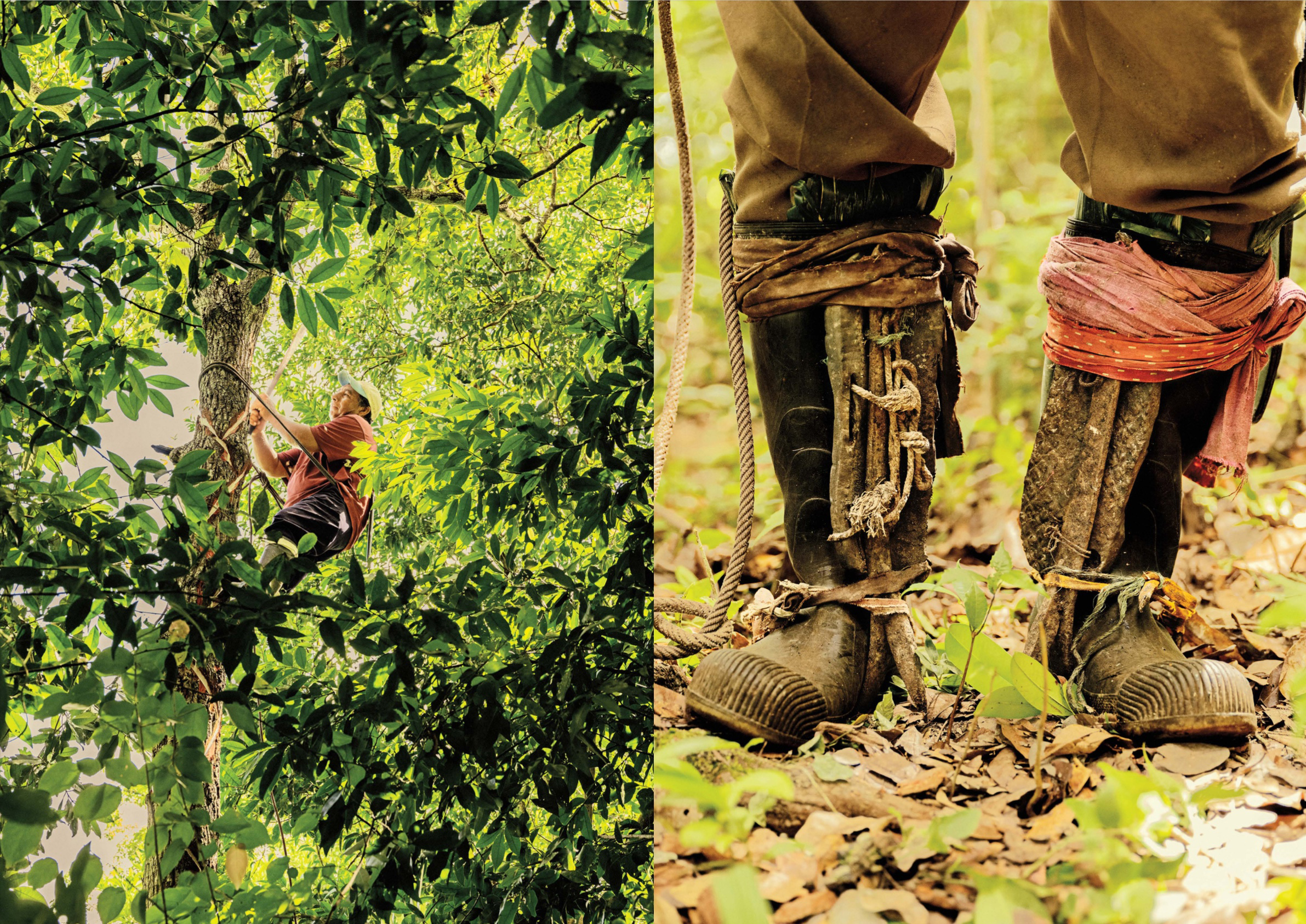 Heidi: What was your approach to the photo direction?
Amy: The publishers of this project are Epic (owned by Vox Media) along with a company called Headline. Josh Davis (Epic co-founder) and Jon Steinberg (then creative director at Epic) approached me about photo directing a new business magazine with the idea that it would be large format, print-only, and photo forward. One of the publications that inspired them is Victory Journal. At first I was skeptical. I immediately said the gulf between sports and business is exactly what allows Victory to do what they do. Sports are inherently graphic and business is…not. I said I would do it only if the decisions we made about what stories to include were based on whether or not it would make a good photo story (which, of course, is totally subjective). If they really wanted it to be filled with full page photos, that had to be the first priority and they had to buy in to that. To me, it meant tech and science (not to mention anything or anyone in an office) were, for the most part, off the table. My experience at Wired taught me a lot about photographing folks in labs and photographing tech stories (or…finding conceptual solutions to illustrating tech stories usually!) and I didn’t think that would carry longer, photo-driven stories. We also had to steer away from stories that revolved around founders in the ways that many business magazines tend to do. I knew we would need a lot more than portraits to keep it compelling and, again, these guidelines felt crucial to me in terms of making it successful. They agreed and our Editor, Alana Levinson, was very committed to it as well.

What were you looking for in the imagery?
My thinking around the imagery was, How can we fill pages with really graphic, energetic shots that work well at that scale? The magazine is 11.5” x 16.5”. It’s really big! One of the first stories that was proposed was one about a young woman in Los Angeles who makes piñatas for people like Rihanna and also for a million other things like corporate events and quinceañeras. She is part of a long tradition of piñata makers. Her grandmother and father both did it in LA and she is really trying to find new ways to do it— as an art form and as a business. This felt like a perfect example of what we were looking for and I thought Michelle Groskopf could do a great job of capturing the colors and somewhat messy business of her process. It’s all very handmade. We wanted it to feel fun and irreverent. 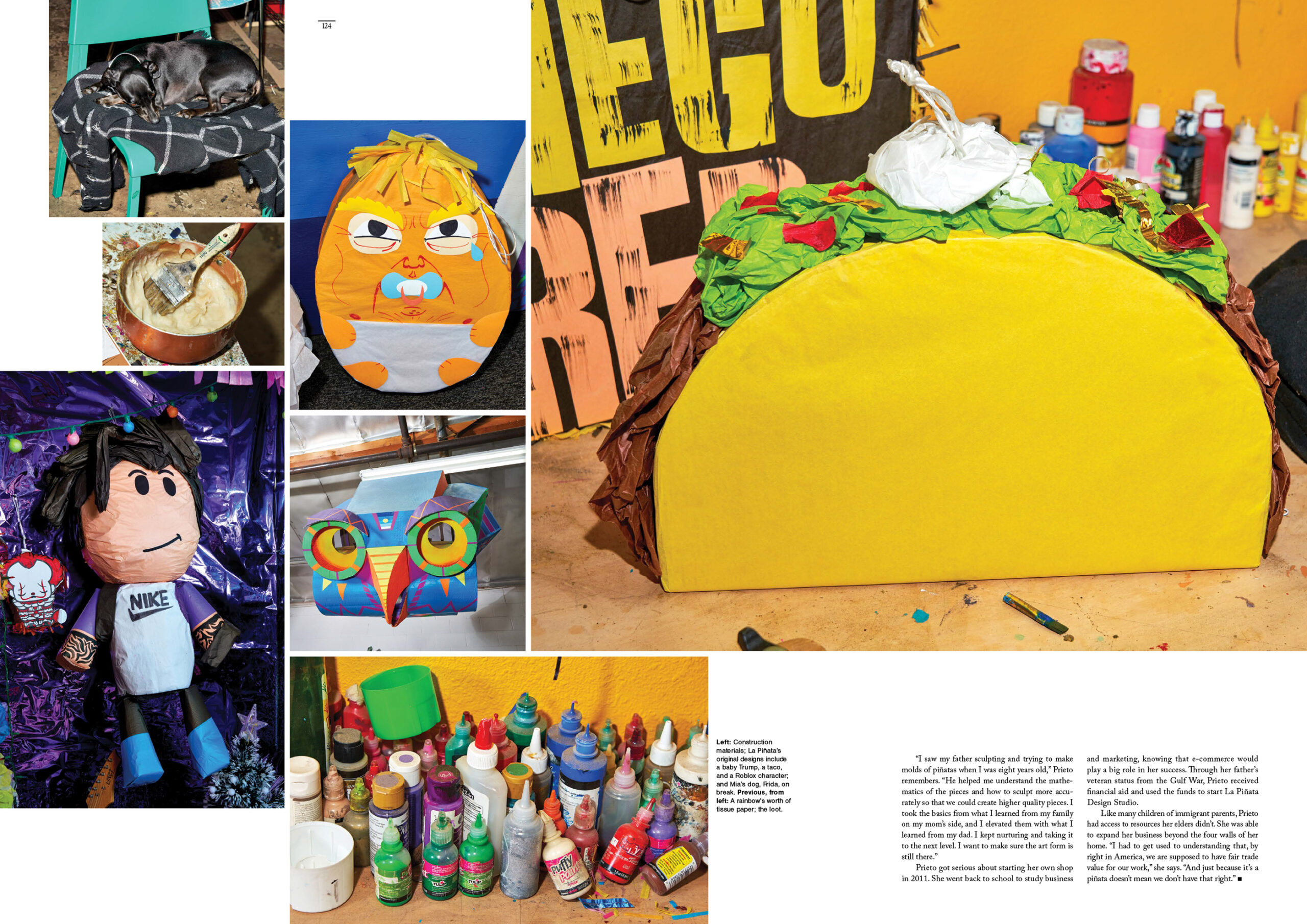 When we started out I did think we may have a mix of some more conceptual work or even some illustration but as we assigned the first couple stories, it became clear that going with more documentary or portrait photographers with a very strong style would be the way to go. We really wanted to include stories from all over the world so I started digging for photographers in China, South Africa, Central America, all over really. I looked for people who walk the line between documentary and fine art. A writer pitched a piece about gum makers (chicleros) in the Yucatan and I immediately thought of Juan Brenner who I really admired but had never worked with. His interest in photographing the culture of his native country of Guatemala made it feel like a great match to me and that story is just beautiful- and it really feels like him.

A writer in China pitched a story that takes place in mainland China and we ended up having to work around Covid restrictions. (This was all happening in mid-2021.) Travel restrictions were extremely tight and I couldn’t even send someone from Hong Kong so I did a lot of research and ended up working with photographer Yuyang Liu, based in Shanghai, who did an incredible job. We were really blown away when those images came in. I made it very clear to each photographer that we would run images as full page spreads so they absolutely had to keep it in mind while shooting. 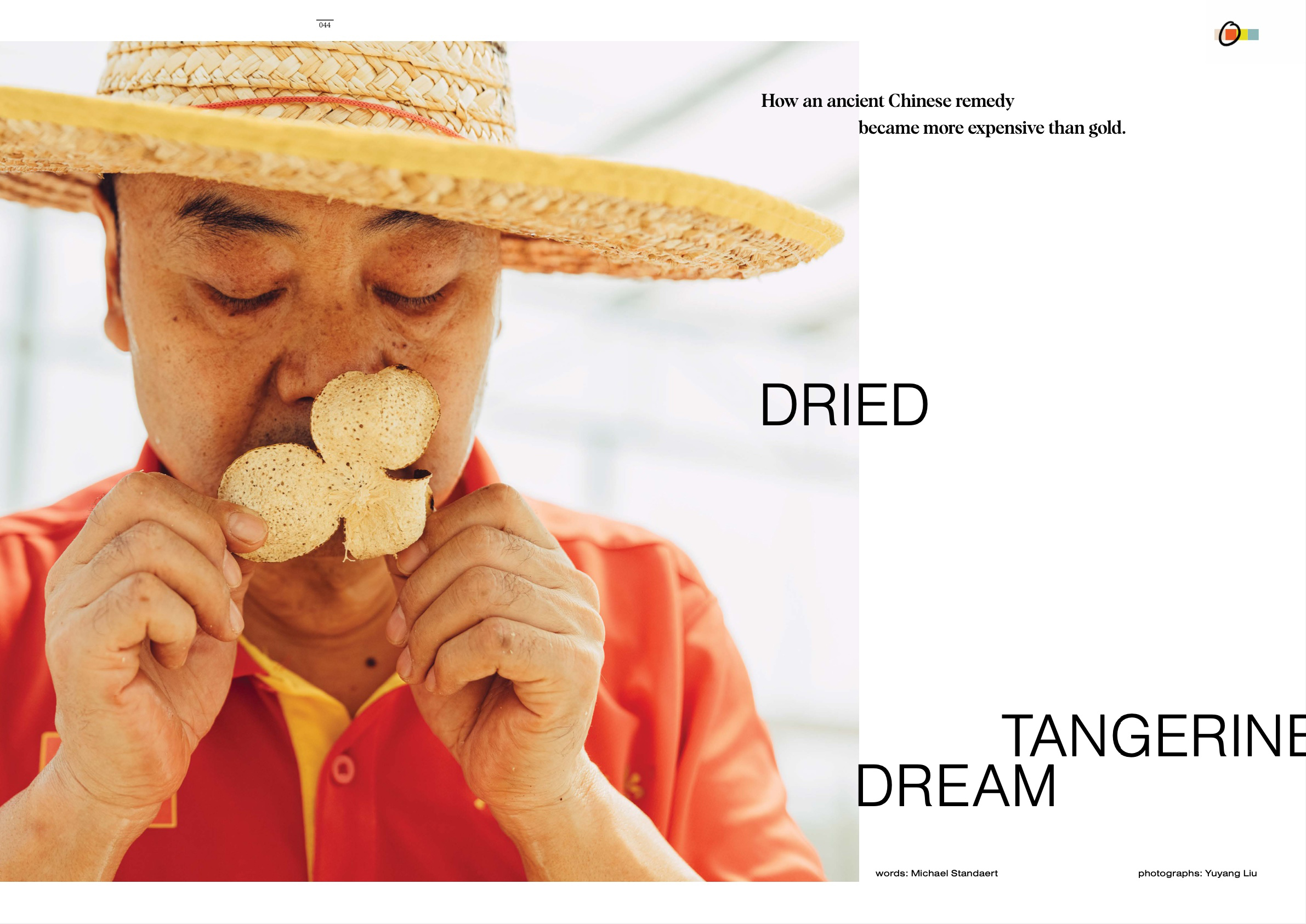 Our budget was not that big so I also looked really intensely for any stories that we could pick up if it made sense. I found a project that Sameer Raichur had done a while back about wedding chariots in India. It is a really beautifully photographed series showing families with their cars and then the cars turned into these elaborate chariots used to carry the bride and groom in wedding processions. This felt like a great opportunity to just run a series of beautiful portraits.

I could really just talk about every story individually because, in the end, I try to always do what I think is right for the story so I knew there would be a lot of variation between them. I decided not to let the idea of an overarching style get in the way of using who I thought was the right photographer for the individual piece. And there were so many opportunities to make great images and have fun with it. I didn’t want to there to be any one-offs that felt completely different from everything else but I felt like there was room for flexibility.

What makes this business magazine different, and how was the business landscape changed?
We wanted to cover the people and the businesses that get left out of mainstream business publications. Our editor, Alana, had no allegiance to traditional business publications. She is someone who really doesn’t back down from being irreverent and questioning everything. She is fearless in that way! We felt like it was the perfect time, coming out of the pandemic, when the world is rethinking the idea of work, to look for some people who are doing it differently. To look at work in general- through pieces like Night Shift about the culture of work in Japan or to find people who are filling needs in creative ways like the company Cloudy Deliveries, in a township outside of Cape Town. That business is sending young people out on bikes to deliver anything that people need- combining social services for young kids who are looking for something to do as well as filling this real need that is not being filled by companies like Amazon who just don’t deliver to places like that. The story Superfly is about a company in Singapore that is extracting biomaterials from black soldier flies- basically using local compost to generate materials that can be used in many different products. So we let in a science story because I really wanted to run a double page spread of fly larvae!! The hope was to celebrate the idea of entrepreneurship by finding disruptors and innovators who aren’t necessarily flashy or in the spotlight. 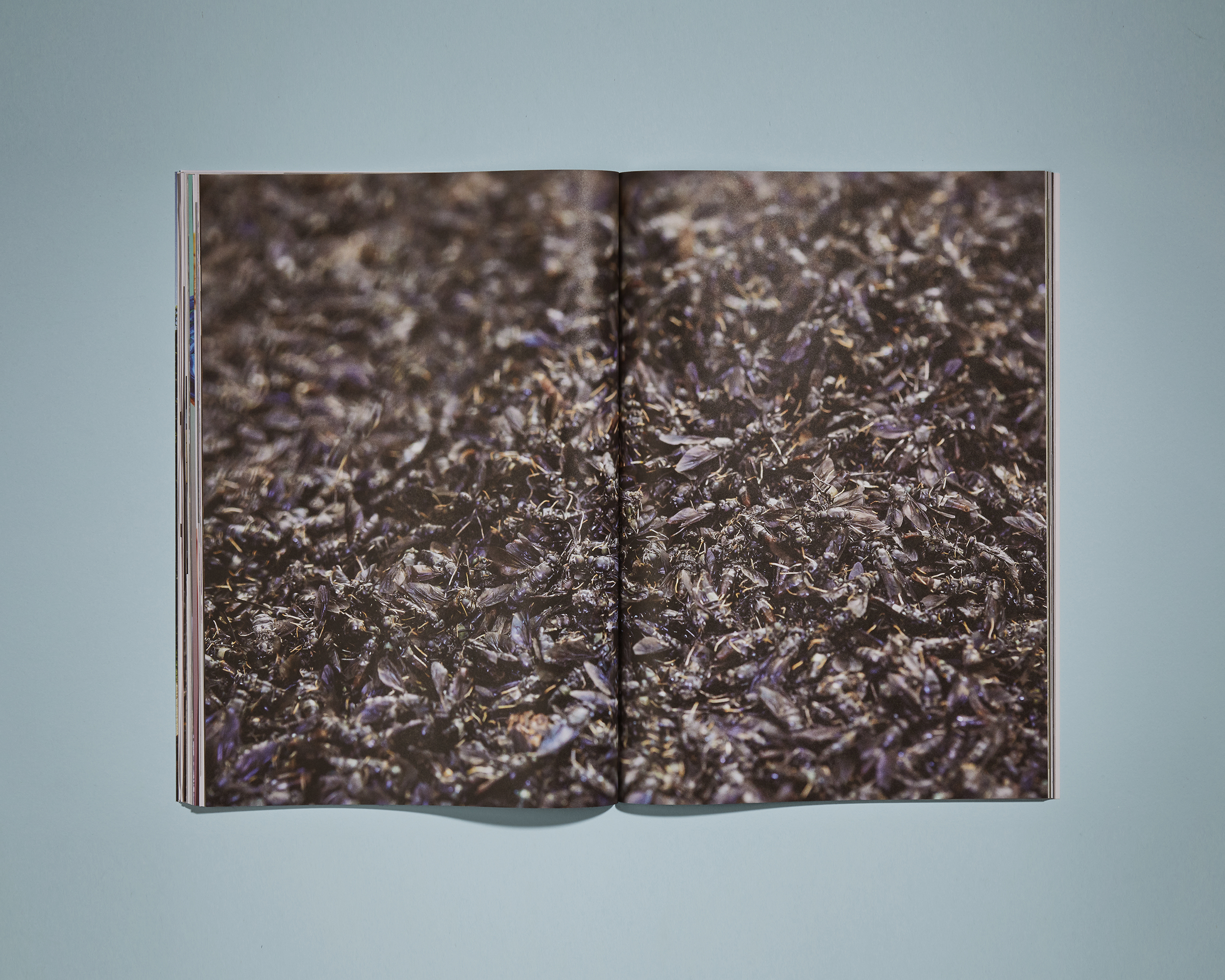 How often does this come out?
This was our pilot issue. I would so love to make more but right now I’m not sure if there will be an issue #2. Let me know if you want to fund more!

Tell us about the name?
The search for a name was tough. We all brainstormed and threw around ideas for months going through several iterations before settling on 100 Battles. That was one of the few things that needed to get approval from Headline who otherwise gave us a ton of freedom editorially. So it took us a while to land it but 100 Battles is quote from the famous Sun Tzu book, The Art of War. “Know the enemy and know yourself; in a hundred battles you will never be in peril.” We definitely aren’t pushing the idea of competitors as enemies but think of it more as an acknowledgement of the amount of work entrepreneurs must put in to be successful and the amount of understanding it takes to be able to break the rules.

If you want to hold a copy in your hands, you can find it here: 100battlesmag.com

The Art of the Personal Project: Adeolu Osibodu