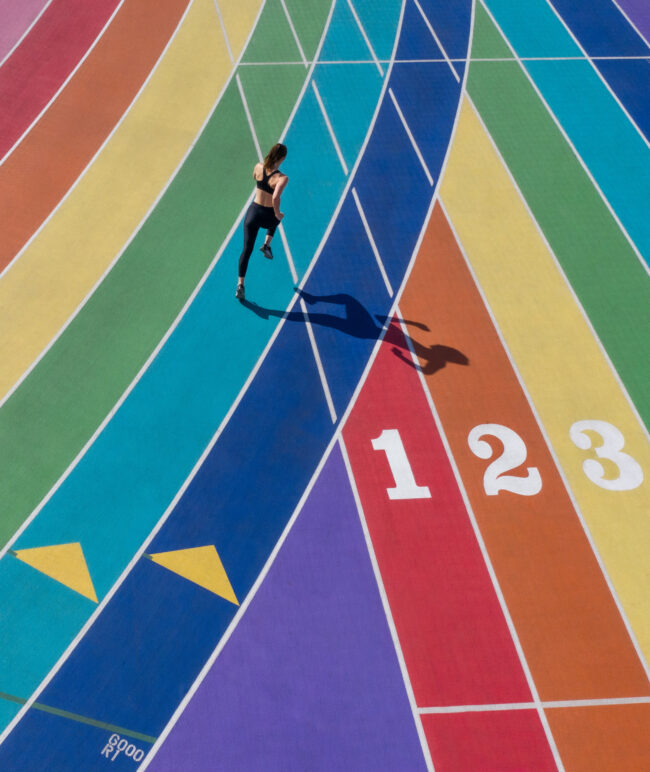 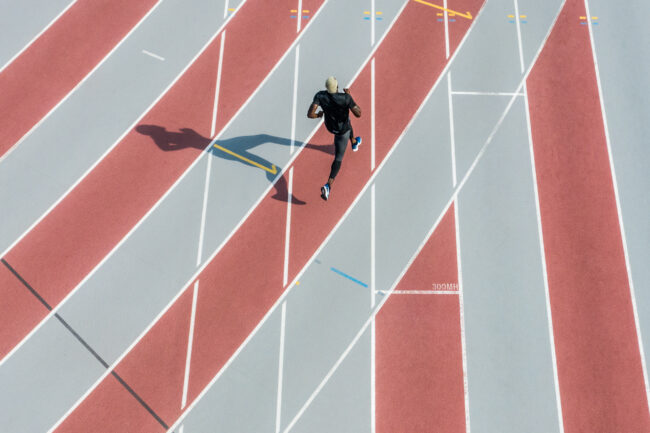 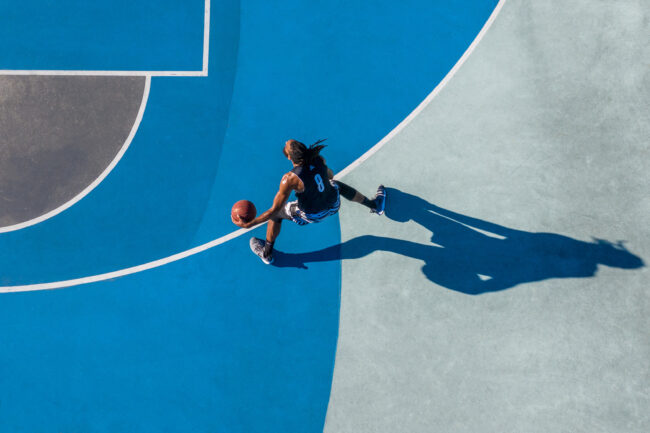 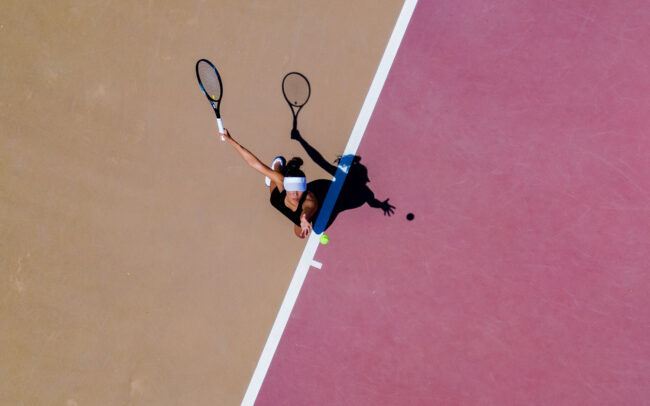 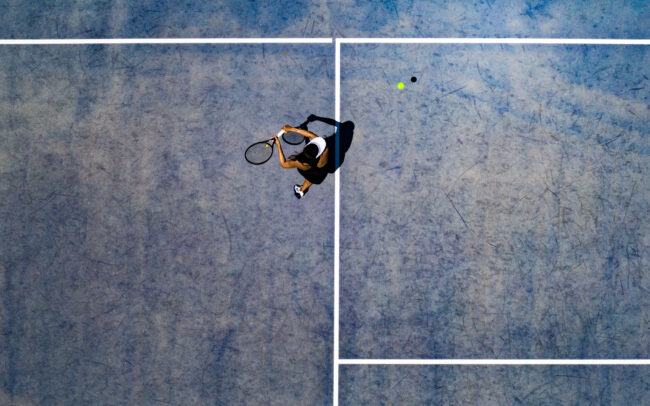 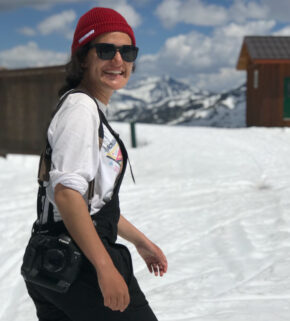 What made you choose courts and how do you find them?
I was looking to intersect movement and shadows with shapes and lines. Tracks, as well as tennis and basketball courts, was a perfect fit for the concept I was looking to explore. Finding these locations was straight forward. I would sometimes browse Google Earth, but I also kept an eye out for them in my daily life once the project was underway. One of my favorite locations that I shot for basketball and skateboarding was found out of the corner of my eye while driving on a bridge in my hometown of Vancouver.

Why the drones?
I originally bought a drone because I wanted to be on the cutting edge of something new and exciting within photography. I quickly realized that the overhead, top-down angle of a drone creates these simplistic compositions that I really gravitate towards. Not only is it a unique perspective that many of us do not see on a regular basis, but it also feels like a poetic way to look at the world.

Where and how are you finding the talent?
For the Colour Series, I was mainly asking friends of mine to be a part of the project. Over the years, I’ve been able to work with such incredible athletes and meet wonderful people along the way. I always circle back and ask people I’ve worked with previously to keep shooting together. I really thrive on creative collaboration, and it is one of my favorite aspects of the job.

What sport has replaced the experience and flow of skiing for you, if any?
I think it will be hard for any sport to replace the space that skiing held for me. That aside, in terms of a similar experience, I have always been obsessed with the ocean. I’m looking to spend more time in the water whether it is surfing, paddling, and getting my scuba certification.

What have you been working on lately?
My most recent project was one of the most rewarding so far! I directed and produced a personal project called Simply Stronger with 6 different athletes and an amazing crew. We ended up with a 45s spot and some creative cutdown videos anywhere from the 6-15 second range.

Why the 6 second challenge?
If the idea of something scares me, I try to give it a go at the first available opportunity to demystify it. The idea of condensing storytelling into a 6 second timeframe seemed daunting, but it is also needed in today’s advertising/commercial landscape. We incorporated some motion design into the final cuts, which I think really elevated the final product. I’m looking forward to doing more!

The Art of the Personal Project: Christian Tisdale