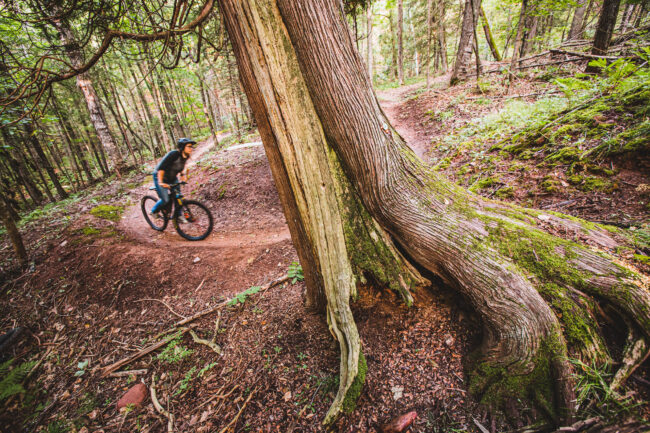 Heidi: How did this project align with your personal objectives as a photographer?
Hans: I have been shooting as an action/adventure photographer for a long time.  For the most part my work has been pretty much the same as a lot of photographers in that world (only from a Midwest perspective).  Action adventure, generally backcountry based, generally young white males etc.

14 years ago, my wife and I became parents of Tae, a Korean adoptee.  Being a part of an inter-racial family just blew apart all that I knew in my world.  I have literally been a part of or working in the Outdoor Industry since I was 12.  Yet, the idea that the industry was literally doing nothing to portray people of color in any way shape or form became starkly evident to me as I was trying to inspire my own kid to love being outside like my wife and I do.  Where his role models? I wrote about this in this piece for The Adventure Journal.  Yet as a White Male I felt my voice was irrelevant, mainly because I was the very image of the problem people of color were dealing with in the industry, I didn’t know how to be an ally. Then I realized as a photographer I could use the space I was being given to make change by taking images of BIPOC folks who were out getting after it.  I had a choice on where I focused my lens, and I had the contacts within the industry to make those images public.  Mind you this was all well before the murder of George Floyd which has since spurred more change and more energy in this realm. 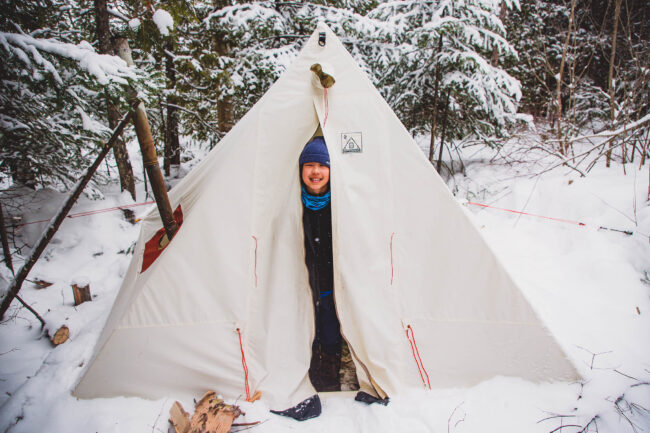 The Outdoor Industry and the cycling industry at the time kept saying (and still is saying) why are there not more BIPOC folks in Outdoor Recreation. The fact is that they are out there in force and always have been, the industry just wasn’t committing to telling the real narrative. Again, as a straight White Male I also realized I was what BIPOC and LGBTQ folks feared and that I must build long term, trusting and lasting relationships with my subjects long before I even got to the idea of creating images of them in their play spaces outdoors.

So, I did and am doing, just that, and I have made it a point to get out of my own insular space in white society and started reaching out to folks and building relationships and building friends with people who I now consider to be family, both to me and to my son. I am extremely thankful to my friends who took the time and energy to work with me and educate me and to just be my friends.That’s a long answer to a short question, but when I was asked to take Alexandera’s portrait, I was honored, I was humbled, and I was also nervous because it’s a lot of responsibility to help tell a story as important as hers is and I also knew the length I had traveled to try and do this work in way that honored her.

Tell us about this portrait.
I had exactly an hour or so to take Alexandera’s portrait.  Originally, we had more time to do it, but weather kept shutting us down.  Finally, we had a day with decent light, and we went for it.  The only issue was that it was also the first day of the Wild Rice Season and Alexandera had to be ricing later that morning.  Wild Rice is the foundation of the Anishinaabe world view, its importance to their culture can’t be overstated. So, I was under pressure to find some locations and fast.

How much time did you ride with Alexandera before you pulled out the camera?
We rode up a pretty good climb, maybe the biggest climb in Duluth, which may sound funny to say, but we have some decent vertical here due to Lake Superior.  Alexandera rides a singlespeed, and her main bike was down for repairs and the bike she rode had a pretty big gear, but she hammered it all the same!  We were warmed up ha! Her with her big gear and me with my big camera pack!

Did you scout the location prior to the shoot?
I did scout the location before we shot it.   I am lucky in the fact that the trail system we shot on was my own personal baby as trails advocate in town.  One of the trails is even named after me. I was intimate with the setting.  That said, I did go in the week before to look at my locations, sun angles and foliage to make sure I could get a decent set of frames when we met.  Shooting in deep canopy is an issue photographers must grapple with here in the Midwest and over time I have come to grips with how to use it in my favor and being intentional is rule number one.

What do you hope your photography does to remind folks that this area as an outdoor mecca and not a flyover country and flat as a board?
This is essentially my main goal as a photographer.  I have lived all over the world.  Europe, Rocky Mountains, East coast.  Yet I have always come home to where I am from. That’s because my extended family is here, its because I love Midwesterners and Minnesotans in general because of their soft-spoken attitudes and because I find it visually to be a really amazing place.  I always say that there is discrimination and stereotyping of people, but there is also discrimination and stereotyping of place.

The Midwest has been beaten down and ignored forever and especially when it comes to adventure sport.  My goal is to dispel that and to engage my viewer to the point where they can’t ignore the visual fascination they have with an image I have produced.  That’s not easy to do.  As all photographers know, your eye sees one thing and the lens another and sometimes even the most insanely cool spot comes out boring as hell in an image.

I must work doubly hard to collect images that can play on a national stage. The reality is that there are some amazing zones here, many that are threatened by development, mining and all the other outside forces that could destroy these places and experiences forever.  They need to be highlighted.  Both to build a national constituency, but also amazingly to prove to local Midwesterners that they live somewhere special, and they need to protect it.  Sounds crazy right?  But again, the marketing out there has so built this idea that to be adventurous you need to be in the mountains, right? Nope. 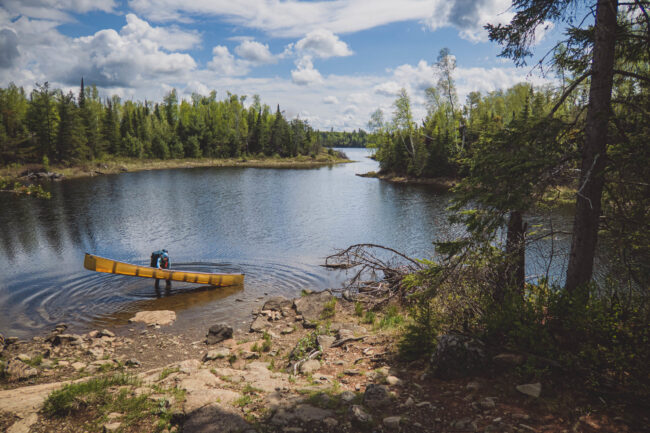 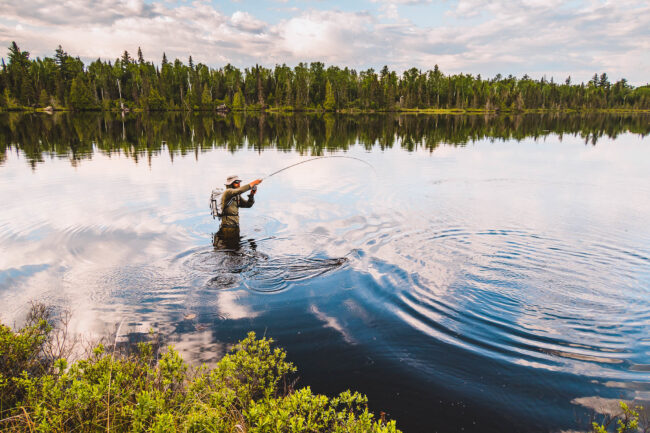 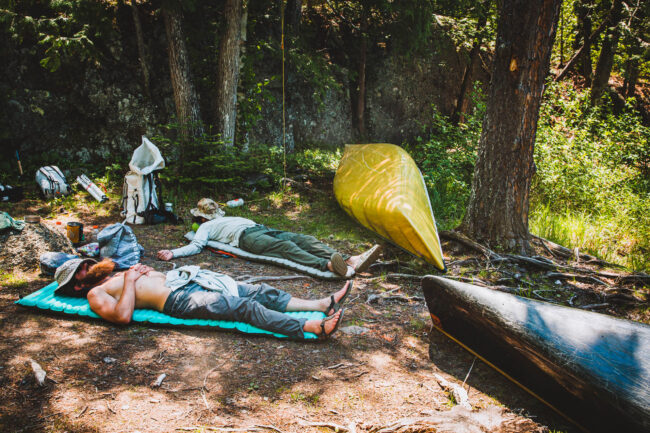 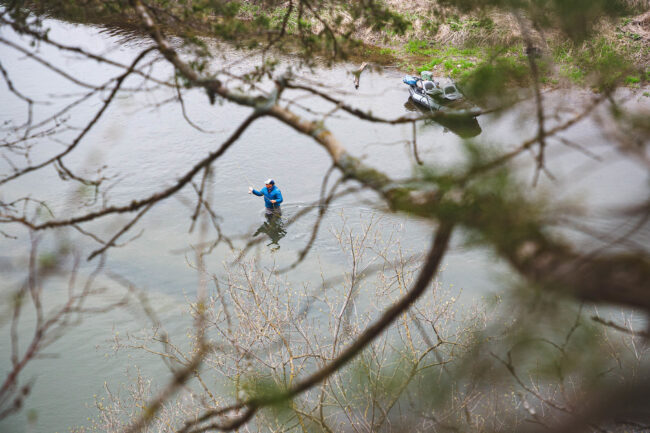 What are you up to these days?
Surviving ha!  While I would love to say that photography is my one gig, that is not true.  I work a full-time job as the Engagement Director for The Minnesota Land Trust (which involves a lot of photography!) plus being a husband and the dad of a 14-year-old kid during a pandemic and during one of the most politically divisive eras of our country.  Plus trying to shoot at a level that keeps my skills honed and my name in the photo game. This summer my focus is on shooting in the Boundary Waters Canoe Area Wilderness.  I am on the board of a nonprofit that is fighting the proposed mine near the Wilderness, and I am collecting as much content as I can for them to utilize it for social media and other campaigns.  I leave next week on a 7-day solo canoe trip into the wilderness.  Its super minimalist which is a great challenge.  I am going to try and shoot the whole thing with a Canon G5X MKII point and shoot to save weight.  It’s not the camera but the person who aims it right??  Right??  This is a continuation of some work I did with the brand Hyperlite and the Provo Brothers (Ian and Neil) last summer.
I also just finished with a week of shooting with poet/writer Riverhorse Nakadate, a Patagonia Ambassador for Flyfishing, the gig was for the Flyfish Journal.  We had a gas and quite an adventure which included bikes, rafts (swimming -unintentionally) and flyfishing in SE Minnesota’s driftless area.  While MTB and cycling have been my jam for decades, flyfishing has taken on a big focus in my work as it’s something I feel is supremely underrepresented in Minnesota and yet is unique and world class.  I have been grinding away at this work for such a long time and achieving my goals slowly but surely.  The success has been glacial but to date I have been in most of the big outdoor publications and building a solid brand, but to me the biggest success is that noted outdoor personalities like the Provo Brothers or Riverhorse are starting to come to Minnesota to work with me and that is the biggest indicator or success that I can imagine and the one I am most proud of. 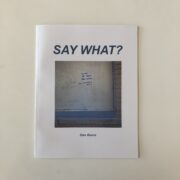 This Week in Photography: Say What?

The Art of the Personal Project: Beth Galton