Once you are up to speed on the terminology, licensing and have converted fiat (government-issued currency) into ETH, you can purchase your first NFT (Part 1 of my NFT series is here).

If you spend a few seconds on Twitter anymore, you will see streams of tweets from photographers in various stages of promoting their work in the NFT marketplace. From what I’ve seen, there’s a progression to how most photographers get involved for the first time and continue to promote their work on Twitter:

So I was scrolling when I saw this:

Super happy for ‘Stop Sign Halo’ to be acquired by one of the best curators in the photo NFT space. pic.twitter.com/tD4Oc77PSA

Thought it was a fantastic image so I started following Adam and a week later this popped up on my feed:

I decided immediately that this was the photo I wanted to collect, and after I got my wallet and ETH situated (which took a week), I bought my first NFT. The beauty of the whole transaction was that I was able to find a photographer whose work I liked (I did visit his website several times https://www.adam-powell.net), and he had a project and image that spoke to me, and I could support that photographer with cash immediately. In exchange, I got a photo for my digital wallet that I can also display in an online gallery or digital picture frame. The ease with which it happened (once I had a wallet loaded with ETH)  made me think this is a pretty great way to support photographers.

Adam reached out to me after the sale to see if I wanted to know more about his work, so I asked if I could interview him for this article:

Adam moved to Brooklyn, NY, from East London 6 years ago and started wandering the streets every day, taking pictures with a film camera his dad gifted him. He immersed himself in the street photography scene and was a part of the collective NYCSPC https://www.nyc-spc.com for a while, but then the pandemic hit, and suddenly, there was nobody on the street to make pictures of.

Influenced by the subculture documentary work of Louis Theroux, notably his series Weird Weekends, Adam had visited various niche subculture events and conventions, beginning to explore the stranger sides of the American culture. Adam said, “at some point, a lot of street photography started to look the same to me, and I wanted to reestablish my photographic Identity. I moved away from the well-trodden paths of midtown Manhattan and began making work that reflects how weird the world is in small moments hidden in the every day, right under our noses, in NYC and across the USA”.”

Adam started sharing his work on Instagram, posting regularly, and at first found a lot of community there, but he says, “it started doing terrible things to my mental health.” The number of likes a photo got warped his view of his work, but he said, “it’s a load of shit because an algorithm that doesn’t understand photography controls what gets likes and what doesn’t.”

Sometime in 2020, his friend Zak Krevitt told him he should be making NFTs. Adam had invested a bit in crypto and saw the headlines of artists like Beepel selling work for millions of dollars, then Zach sold a trans liberation march piece (all for charity) for 17 ETH. Around the same time, Adam photographed the capital riot and took these crazy photos that he thought he could sell for a lot of ETH, but when he uploaded the images as NFTs, nothing happened. He told me that at the time, he didn’t realize how much work goes on behind the scenes to make these big sales, so he logged off.

Six months later, Adam had coffee with David Brandon Geeting, who was starting to get some traction in the NFT space and thought there might be some longevity to this now that artists like David, whose work he liked, had collectors buying it. So around the holidays, he dove back in and said he found Twitter to be “a very good place to be, very very supportive where Instagram is just a click world, Twitter is more engaging.”

Adam decided to start with his “6 favorite photos from 2021, the best photos I took that year.” The first photo he minted out of that group sold the same day. He thought, “this is going to be easy,” and slowly minted five more over the course of a few months, and even though a pretty prominent collector bought another one, he didn’t sell any more from that group.

Initially, Foundation, the marketplace where he minted his images into NFTs allowed you to sell individual images, but they changed the policy only to allow collections going forward, so Adam decided the next project would be “Enjoy Your Stay!” which is where I collected my first NFT. No others have sold since I bought my piece, and Adam says he doesn’t know why. The posts he made got good engagement, but the collectors and DAOs he DM’d said the work did not line up with their personal taste, which Adam says is ok because “this is an experiment; I’m not relying on it to make a living.” He says, “If it had sold out, maybe I would not be as motivated to continue to build the work. It invigorated me more.”

Adam told me this winter when he minted the pieces, he had a lot more time on his hands to promote the work and spend time on Twitter engaging with people, but now he’s seeing consistent assignments and doesn’t have time to promote his work. He says the assignment work “will always be number one for me because that’s how I get access to subjects.” He says he’s “worked very hard to get where I am professionally” and “creating personal work is the most important part of my photographic practice” and doesn’t want to give that up to spend more time promoting his NFTs.

I asked Adam about all the work required in the NFT space to promote yourself to collectors, and he said, “it’s not exclusive to NFT; you have to play the game” in every aspect of professional photography. He said, “the people doing well right now are really good at community building and promoting their work/brand; when collectors see that, they see people trying to grow the NFT space.” He thinks one aspect of the space that needs more attention is that it’s becoming a “criticism-free zone.” Adam says, “for good art to exist; criticism is an absolute must so photographers can improve their practice.” Adam thinks the fear of criticism comes from a fear of “offending the collectors and prominent artists.”

Adam says that buying an NFT from an artist is “one of the more impactful ways that someone can work with a photographer.” As someone who’s still establishing themselves, you cannot command much for a print, and the day rates for photojournalism are not high, but “.5 ETH is $1600 and can make a huge difference for a photographer.”

I asked him why he chose to price his work at .5 ETH, and he said, “Firstly, because it seemed on par with others whose work I like in the space, and then a lot of work I see being bought on Foundation is sold at the same price.”

If Adam had been offering prints or a Patreon to support his work, I would not have done either, but purchasing a 1 of 1 NFT seems like a good match to me. I can certainly imagine some future world where I have a digital gallery online displaying the original works I’ve collected over the years. I have stacks of books and prints lying around my house that I never look at, and I feel like I’m more apt to take a quick look at my digital collection than pull out some dusty book I’ve long forgotten. And as a person who collects to support photographers and have something to enjoy, this fits my model well. I do not believe NFTs will ever go away, and it’s something photographers can easily add to their business model right now if they are not relying on it as the primary income source. Many people are seeing outsized success or even defining their careers through NFT sales now, but for 99.9% of photographers, what’s happening with Adam will be more the norm. 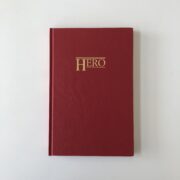 This Week in Photography: A Real Life Hero

Save The Date: ASMP Colorado Presents A Day With Wonderful Machine