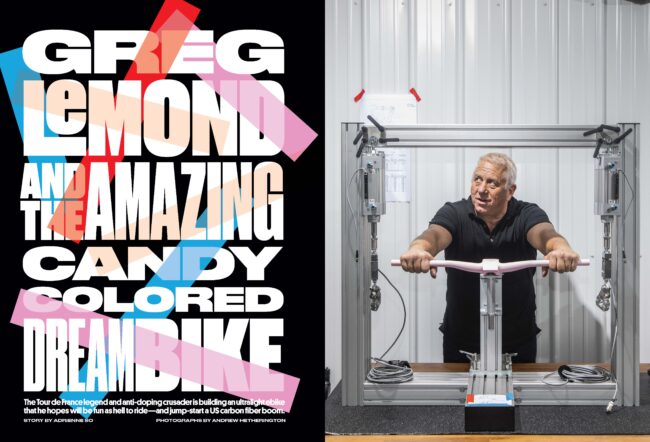 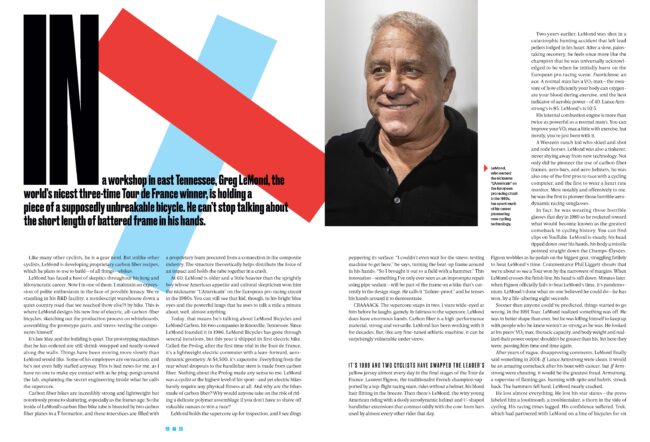 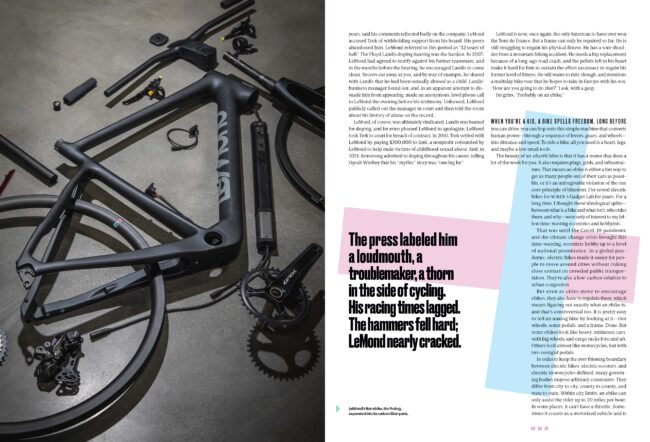 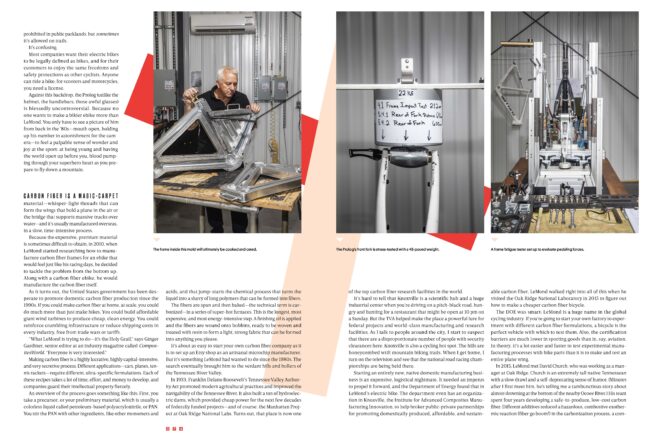 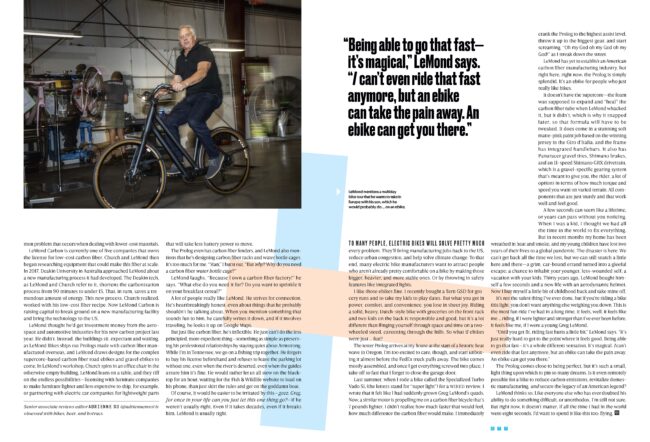 Heidi: Tell us how this assignment hit home for you.
Andrew: Who would have thought as a teenager in Dublin watching the telly and seeing cyclist Greg LeMond win his first World Road Race Championship back in 1983 or his first Tour De France victory in 1986 that I would one day meet the legend, let alone take his photograph and do so in Knoxville, Tennessee of all places. Well, that 13 year old had no idea where Knoxville was and could never have dreamed any of that could or would happen.

Were you always interested and following in cycling?
Yes, I have always been a keen cyclist so in November 2020 I was super excited to see the @lemondbicycles announce on IG the release of two carbon commuter E-Bikes, the Prolog and the Dutch, to be followed in 2022 with road and gravel versions.
Greg has always been a pioneer in cycling technology and design especially when it came to the use and development of carbon fiber. Even in his racing days he was at the front of the peloton when it came to innovation, aero dynamics and geometry and launched his own manufacturing company LeMond Bicycles.Long story short and after a licensing deal with Trek, that created what would become one of the nation’s top road brands, went bad, ended up in lawsuits and was eventually settled in 2010. Greg has since pivoted to the research and development of disruptive carbon fiber technology leading to the creation of his company – LeMond Carbon
Was this assignment was a perfect mix of work and play?
So when I got an email from Beth @wired wondering if I would be up for photographing the new bikes and Greg himself for an upcoming feature in the magazine it was a no brainer yes.
How long have you been in Atlanta?
I have been based in Atlanta the last couple of years and have been road tripping to assignments throughout the south. FL, AL, LA, SC, NC, AR and TN are all well within driving distance so was an easy-ish commute to and from the location in Knoxville.
Did you get a ride in?
The weather was pretty wet that day so that limited the shoot to inside the facility and office space. Although I did get to test ride a Prolog around the assembly floor have to say it’s a winning ride as well as being an absolute looker!!!
Was was the direction from the magazine?
The creative was to shoot as much of the building and assembly process as was allowed and wasn’t top secret. Samantha Cooper who had taken over as the photo editor on the shoot from Beth by the time it became  reality put together a shot list and an image pull from my site for creative. The one must get was a shot of a bike itself dismantled with all its parts showing. This was pre-approved by LeMond and we had help piece it all together from their Creative Director on set which was a huge help. I also got an edit of the story in advance (which is not always the case) and that’s was super helpful to help wrap ones mind around creative and indeed logistics.

Were you star struck?


I heard Greg’s voice down the hall before I met him and have to say I was a little nervous. He is a legend after all. Happy to report he is an absolute class act, a true champ, one of the most engaging, animated, passionate, honest, open and panache filled folk I have ever had the pleasure of photographing. He wanted us to shoot everything, even the secret stuff and had to be reined in a couple time there. Obvs, I was totally star struck fan boy but dug deep and managed to hold it together (I think) like a pro for the shoot.
We shot with Greg first and then wrapped the shoot with the bike parts as that took a little time and finessing…

Save The Date: ASMP Colorado Presents A Day With Wonderful Machine

The Daily Edit – Gdje Su Svi Dobrodošli (Where Everyone Is Welcome) : Andrew Burton