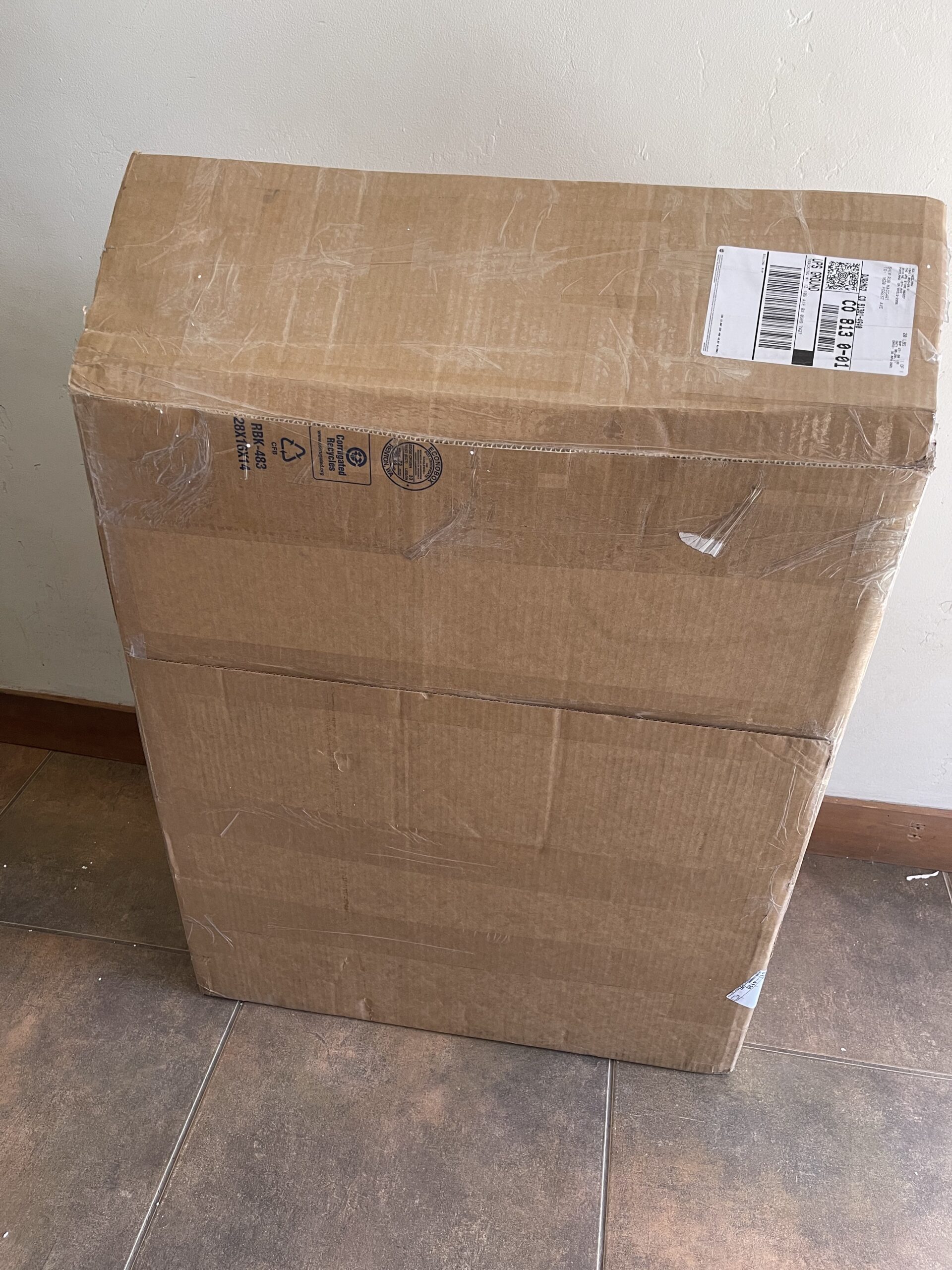 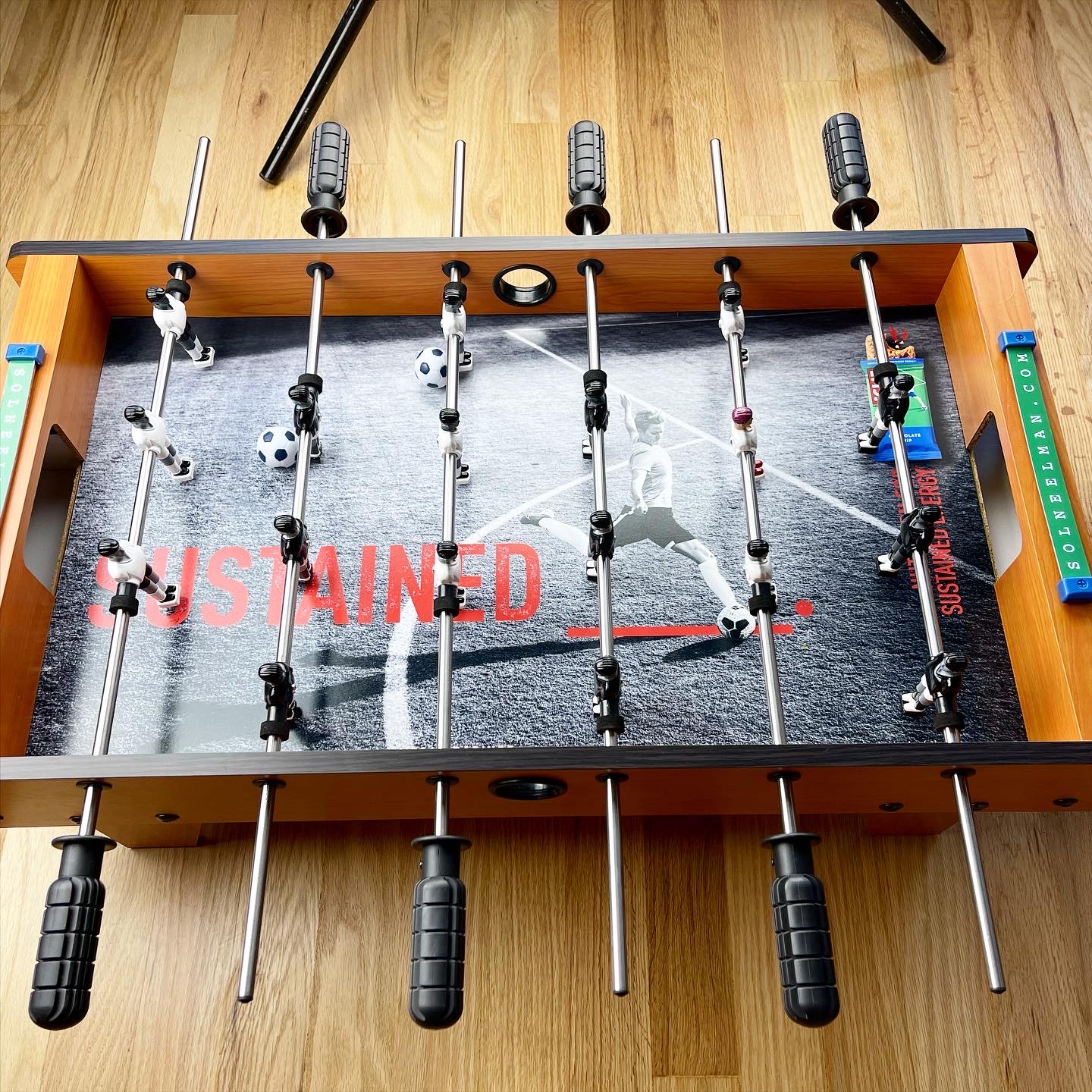 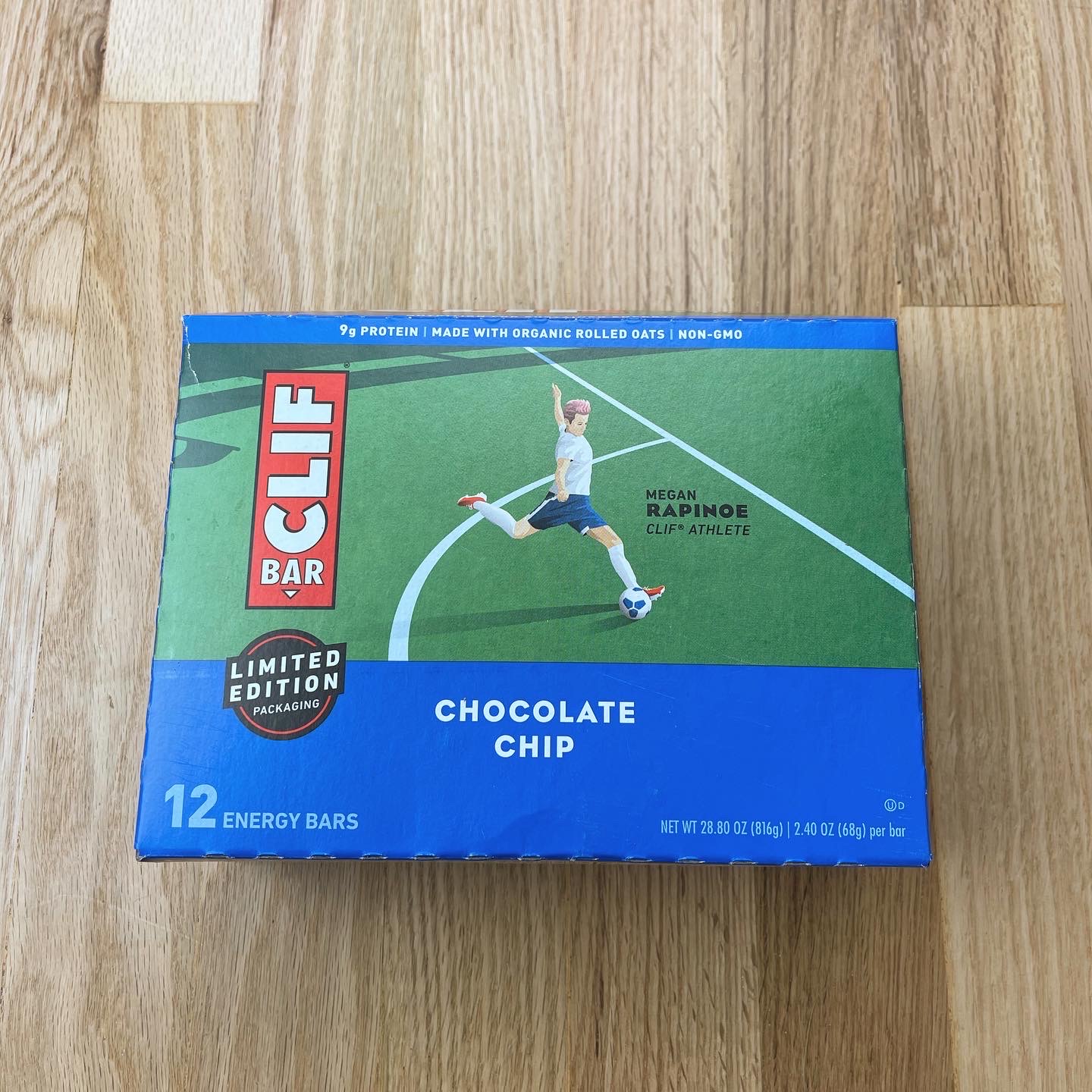 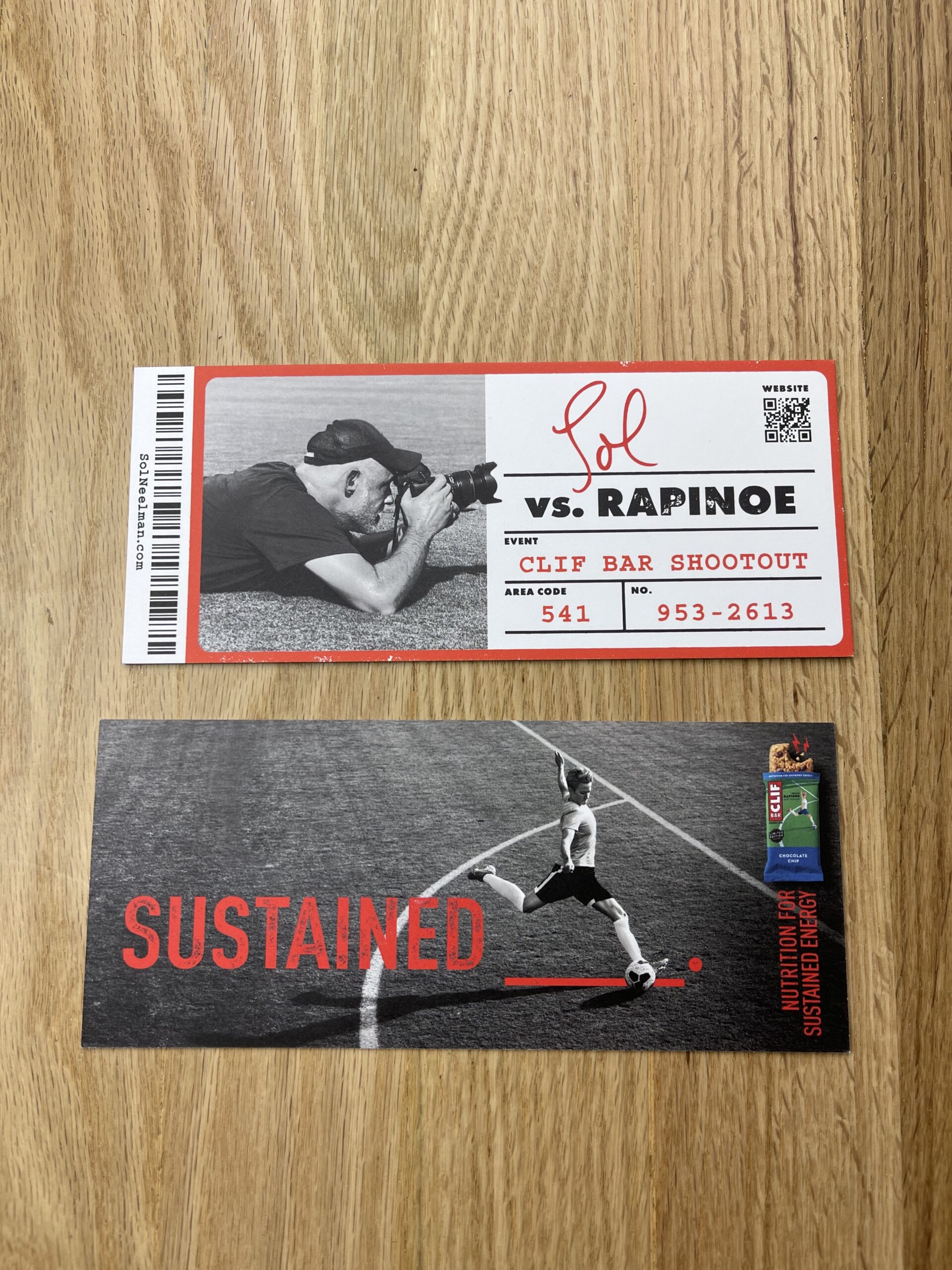 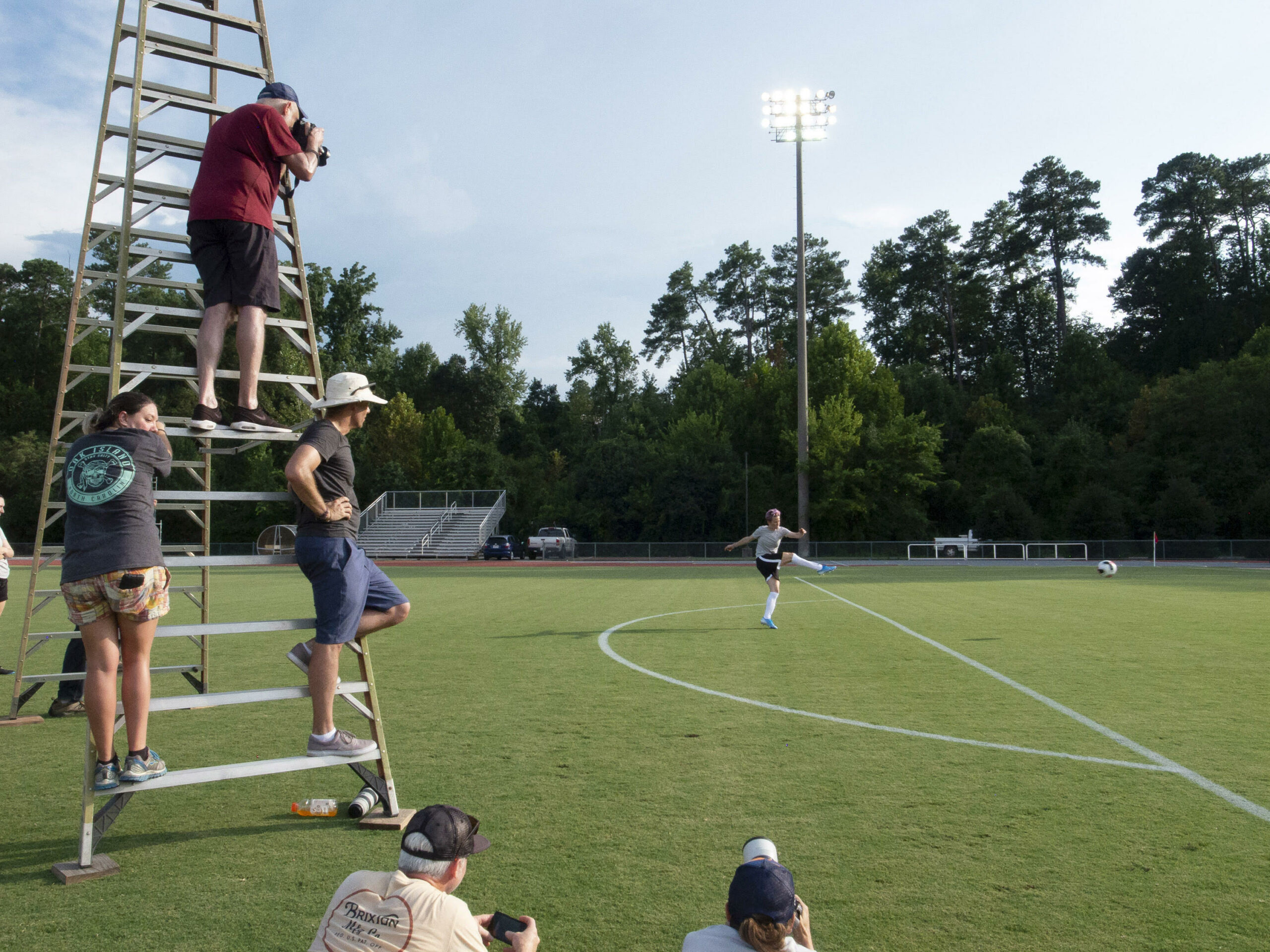 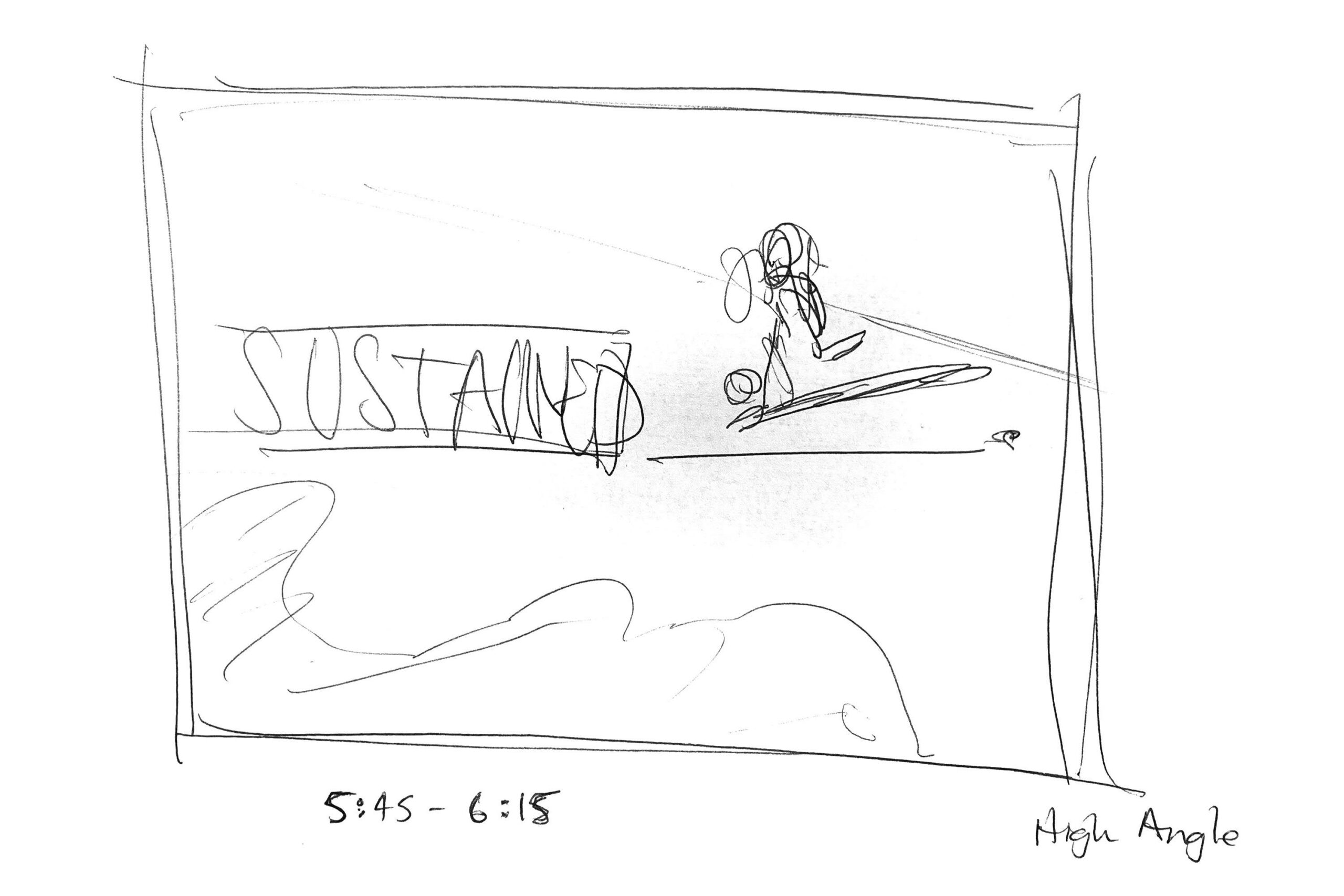 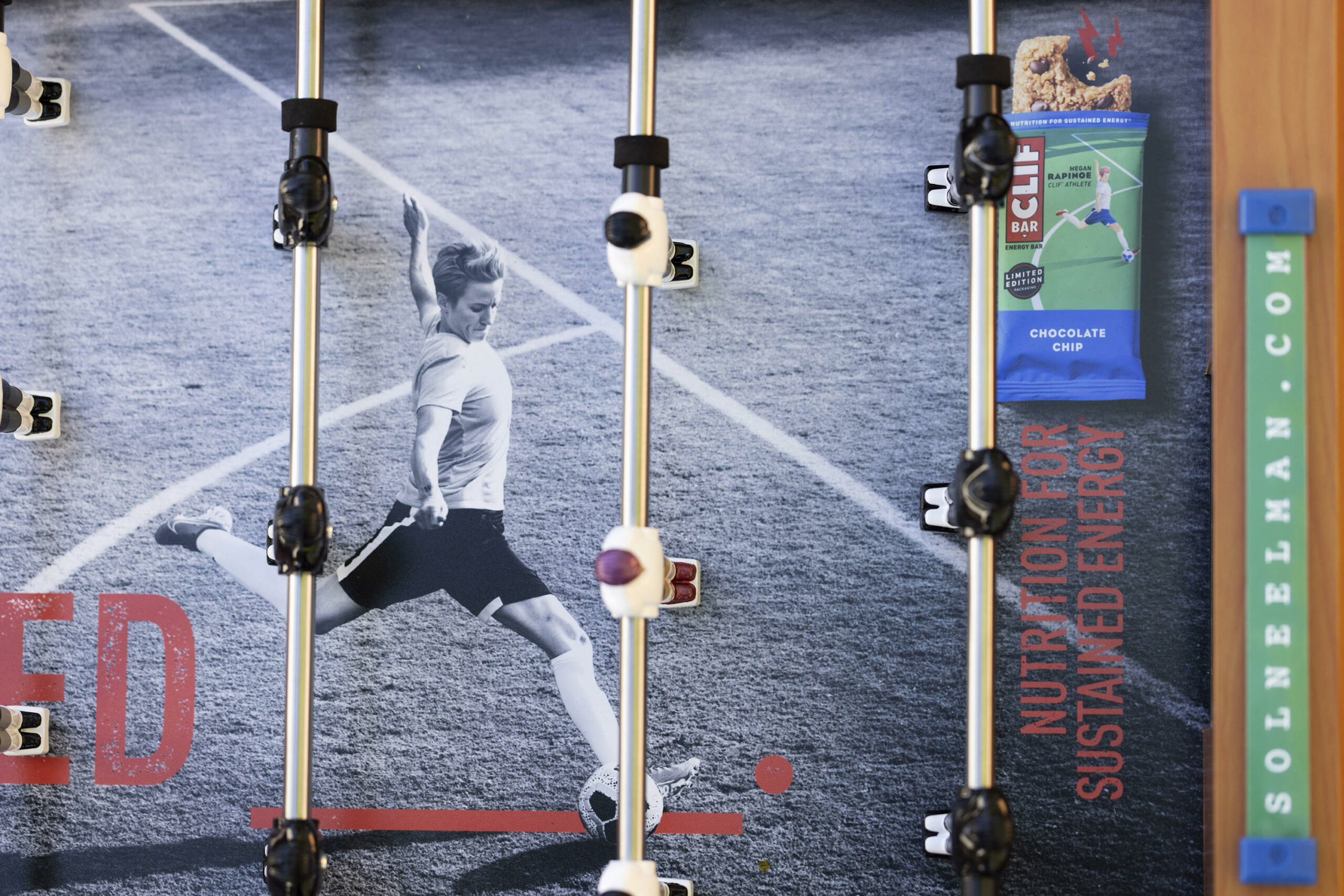 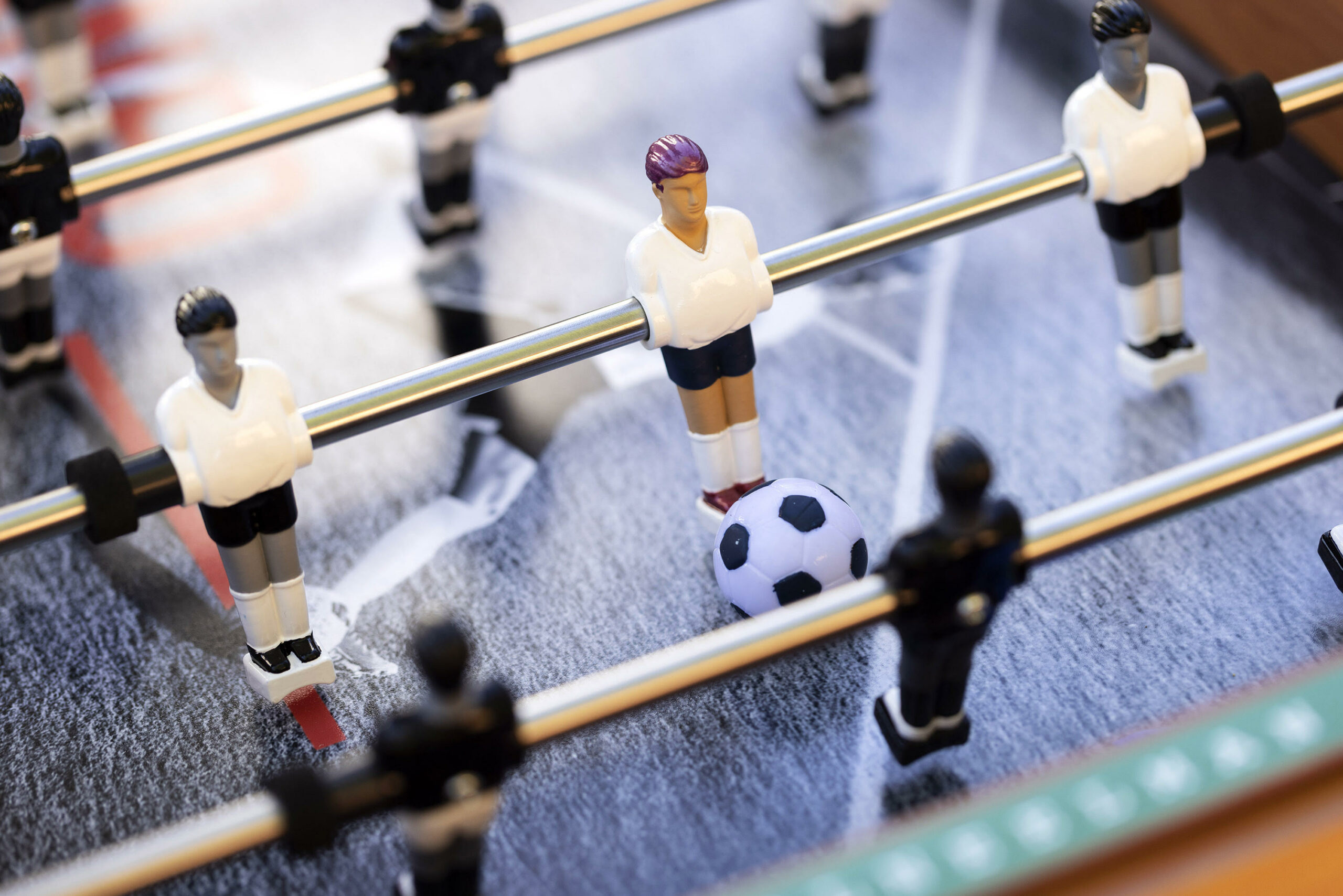 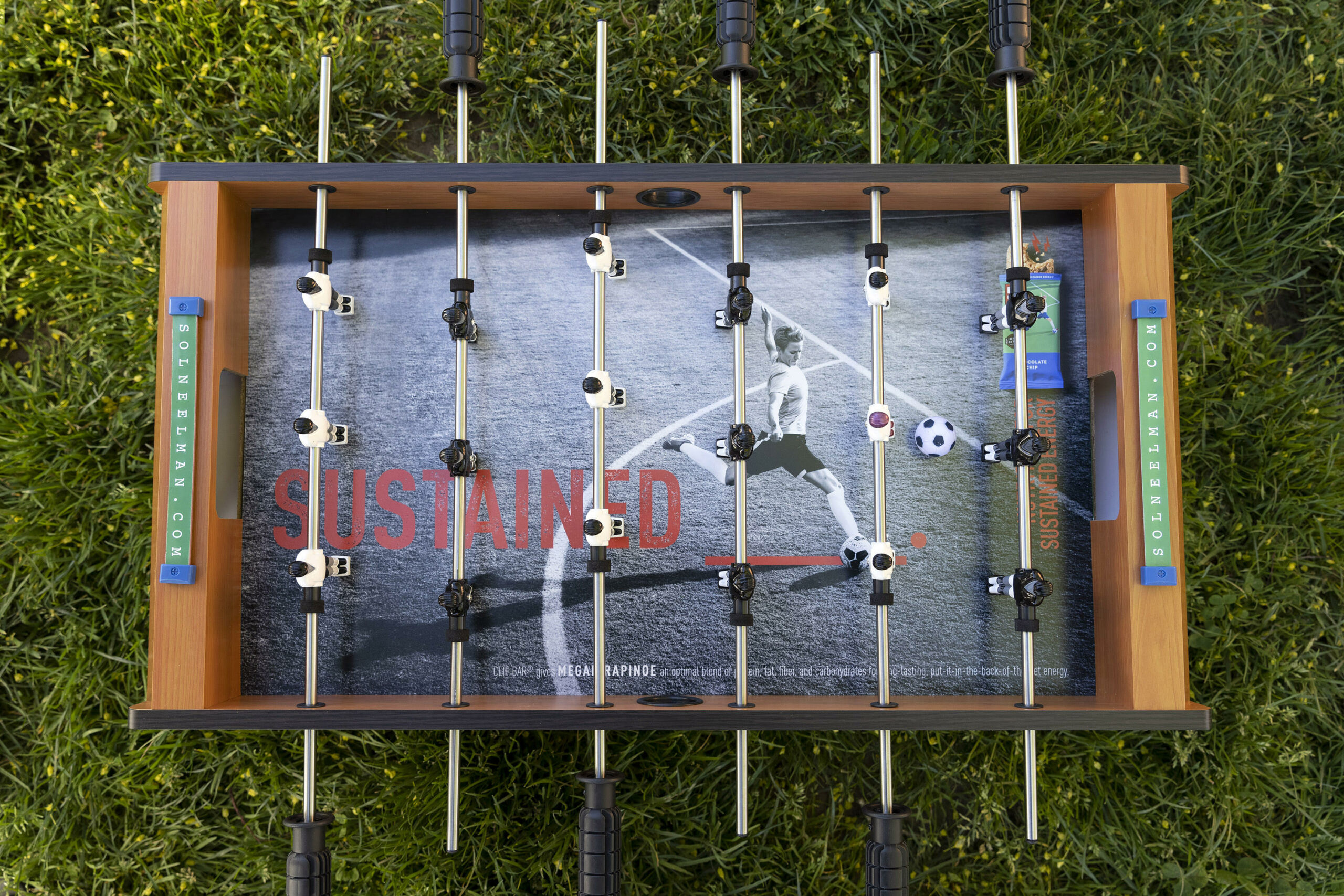 Tell me about the promo you sent me. I had assumed it was something CLIF Bar made as a promo of their own.

The last big print campaign I worked on before the pandemic featured soccer superstar Megan Rapinoe for CLIF Bar. Fresh off the Women’s World Cup title, Megan was to be one of a handful of CLIF-sponsored athletes promoted internationally ahead of the 2020 Summer Olympics.

While the last-second logistics was a little nuts, my art direction was pretty straight forward: take photos of Megan kicking a soccer ball. Megan was great to work with, client was really happy with selects and we wrapped up early. It was a good day. To me, the best part of the entire experience was collaborating with fun and talented creative directors and photographers I also consider close friends.

I don’t know who remembers REGGIE! candy bars, but I was stoked to learn my photo of Megan would be inspiration for a limited edition CLIF wrapper. Pretty surreal and fun. When the bars launched in early March 2020, I was excited to share what I had been a part of. Then the pandemic hit, and the print spots were held back with the Olympics on hold.

With the Summer Games officially back on, now for 2021, I was finally able to share the entire ad campaign. I had been noodling on soccer-themed promos, something that an art buyer would use/keep/share. I like producing fun promos that are unique and hard to toss. I kept coming back to customizing a miniature foosball table.

The problem, of course, was that no one was working in an office, let alone having in-person meetings. No point in spending a ton of money on a full promo campaign. But you, Rob, have a very large social media presence (44k followers on Instagram and 133k on Twitter). Many of the clients and photo agents I was hoping to reach follow you. So I decided to invest in a single, one-off foosball table and send it your way.

Despite what some might think, the entire promo wasn’t really that expensive – or that large. The 27” travel-size table was about $40 on Amazon, plus a few bucks for modeling paint, adhesive spray and a print of the ad. The s/h was the most expensive part, but again, I only had to ship one. I tossed in a couple double-sided tickets with my contact info and a fresh box of Megan’s CLIF bars.

For the record, I don’t think promos need to be expensive. Almost all of mine involve plenty of cheap DIY crafting. I do think promos need to be worth the time and effort of producing and delivering them. And I think they need to properly represent your work and personality. My brand is literally fun and games, so a kid-sized foosball table totally worked for me. This is really a continuation of what I’ve created in the past, like with my custom Weird Sports trading cards.

I’m not going to lie: I wasn’t sure whether to warn you or not about a massive box landing on your front doorstep, Rob. But I also wanted it to be a surprise. Love that you originally thought it was a CLIF-produced promotional gift, instead of something hand-painted and assembled on a dining room table in Portland. Pretty flattering. Thanks, Rob. I appreciate you for sharing my work. 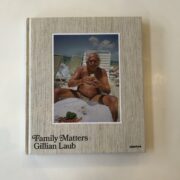