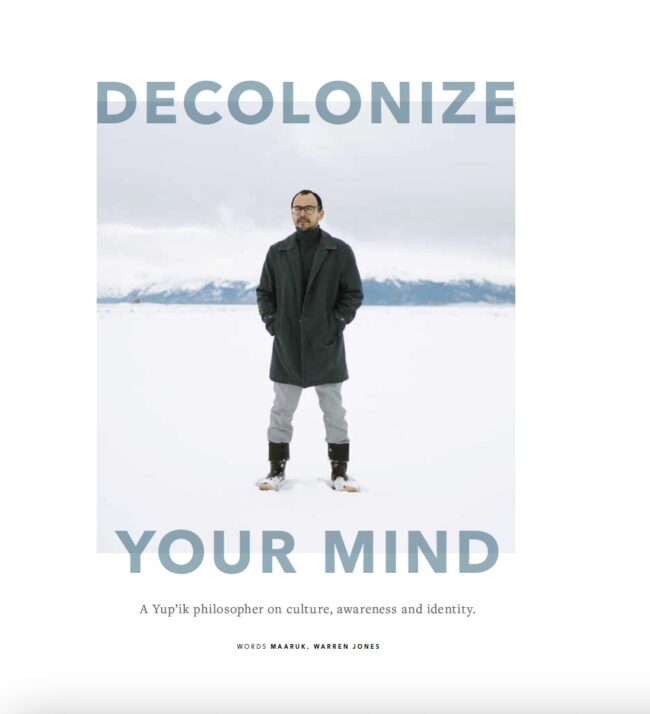 Heidi: How long have you been living in Anchorage, what brought you there and why have you stayed?
Ash: I  have been living in Anchorage now for a little over ten years, with a brief year a few years before that before I left for grad school. Honestly, I came up to Anchorage because I was burning out working in cities in the lower 48 and wasn’t making the work I wanted to; being a young journalist is such a hectic, yet formative time, and my personality needed to be somewhere where it could breathe. I felt that in Alaska I could work as a freelancer and really sink into a place. Alaska has very few photojournalists who work for national media to this day, and very few women. So it felt like an opportunity to cover underreported stories and also an opportunity to learn.

I’ve stayed for a number of reasons, but mostly I tell people that I’ve stayed because I love it here, and I do. I love how much space is here, how much wilderness. Before living in Alaska, I had almost no acquaintance with the outdoors; I would need to take a minute anytime I came to “You are Entering Bear Country” sign at the start of even the most trafficked trails. Now, it is not uncommon for me to be backpacking for days (and sometimes weeks) alone. I found a place in the world through becoming comfortable in wilderness that I had no idea I needed. My children, now 7 and 9, backpack with me as well.
I love the people here, and many cultures, foods, and dialects. I love how much I have learned from the people here.

You’ve obviously earned trust from the community in order to share their stories in a variety of outlets. I would think this is reciprocal, what has the community taught you?
The communities within Alaska have taught me so much that this is particularly hard to answer, but Alaska has especially taught me about the concept of community itself. Alaska is an island made up of islands, and so every person in a community matters. It is easier to see the responsibility each person has in a small place and to therefore see your own. People see each other here. After one assignment, I was driving at night and the snow drifts were huge and the roads were slick, so even though I was driving carefully and had the right tires and right car for this, I slid into a bank and was absolutely stuck. I had no cell service and my GPS had died a while back. Within about 6 minutes, a truck came down the road, and two teenage boys hopped out, pulled out a tow rope, and just pulled my car out of the snow, with almost no words (and of course they would accept no money). It is this small act that honestly was huge. And teenagers already knew to do that; they’d been taught to see the people around them and acknowledge that they are part of the story of the world. I think about things like this a lot lately; individualism has a very dark and damaging side, and being a part of a place like this gives my heart hope.
And then there’s languages and cultures; the concept of what real family looks and feels like; the tastes of whale, seal, bear, moose, caribou, and so many other flavors I’d never had before; what resilience looks like–the list goes on and on. I am grateful in every way.

Patagonia asked you to find a local assistant for this project, how did that align with goals you already had for mentorship?
Diversity within the photo industry has been a hot topic in the last few years, but it’s been on my mind for well over a decade. I currently am a founder of a mentorship program, Show and Tell Alaska, with my ex-husband and co-parent, Brian Adams, who is both a phenomenal photographer and person, and the program was developed in response to a lack of diversity in photojournalism and in this state. People do not necessarily need a degree to be able to tell their stories to a larger audience, and for many and especially in rural Alaska, that doesn’t make sense; I think aspiring photojournalists need people to show them how to hone skills they’ve already started to elevate their work and then they need contacts within this specific industry that people often come to through educational programs (where people also learn about all of the workshops that will build them up, too). The lack of diversity in the industry is due in large part to just not having access–to mentors, to contacts. There have been many, many photographers who have come to Alaska from outside on $20,000 (or higher) grants to do a weekend workshop on i-phone photography in a village who then use the contacts for their stories and bail, and we wanted to do something that could actually help diversify our industry in this diverse and geographically complex state in a meaningful way.

So, all that is to say that working with Sarah Pulcino (who is currently in the mentorship program, but was not yet at the time), aligns with my values for a number of reasons; there are not many Indigenous female photojournalists in this state, and I want to support her journey in any way that I can. She’s talented and lovely to work with.

Did you know Waren prior to this assignment?
I did, but not well; Alaska is a small-town state, and Warren is a brilliant writer who travels in similar circles, so we had met casually here and there over the years. After this assignment, however, Warren and I (and his family) have become a great deal closer, which was an unexpected benefit from making the work.
You have a love for writing, poetry that come up while photographing Warren?
Warren and I likely talked about his writing during the shoot, though I’m not sure that we’ve ever talked about poetry (in addition to journalism, I publish roughly a couple of poems a year in literary magazines, which is something I started doing in my early 20’s, but it’s such a tangential part of myself that it rarely comes up). We often tend to talk about ideas more than anything, and my recollection of the conversations of the day were no different. His article for Patagonia is a great example of the deep wells that he gets into on his own and that we also get into collaboratively; he is a deep thinker who revels in the way things connect. That we both love words I think becomes a kind of framework but not the subject of conversation. (If that makes sense!) 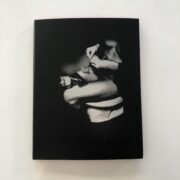 The Art of the Personal Project: Christaan Felber