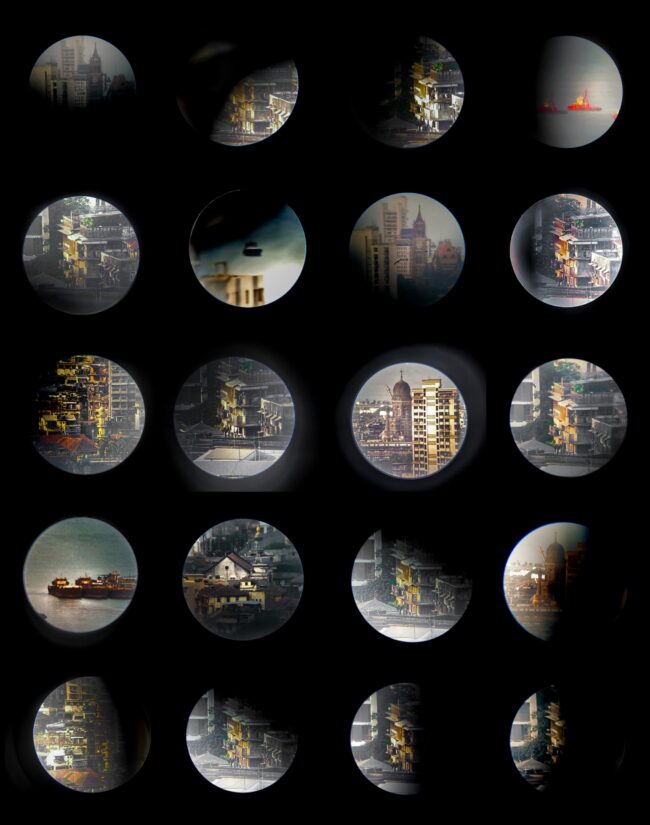 Heidi: How were the first few months of lockdown in India for you?
Hashim: The initial months of lockdown in India skewed all sense of distance and direction. I was living close enough to my parents to spot their home, but further than I have ever been in every other way. I decided not to visit them through this period, which felt particularly surreal during the month of Ramzan.

How did you cope?
I borrowed a telescope and found it bridged the gap a little. I called Ma and asked her to come to the balcony. I was able to spot her–a white speck. This became a routine, even a strange mode of communication. I would make photos of her through the telescope, and she would make some pictures aimed in my general direction.

In between, I found myself collecting pieces of the city that surrounds us. Otherwise receding images gained focus–the fact that we’re a port, or that the sea is never far. This is where my father went to work; these were some of the places where I grew up. All seemingly unreachable but carrying a sense of familiarity. Much like the moon. The moon that dictates the beginning and the end of this month.

Maybe it is the strange solace we seek from traditions when times are tough. In the end they only fit right, together, in the lunar chart made over thirty days.

This grid of images shot through the telescope is a map of many things, but most of all it is a way home.

How did the pandemic force you to find creative solutions for self expression?
I think when the pandemic began and the world went into various states of lockdown, there was a massive urge for me (and I believe many others) to learn or create something during this period but then the numbers started rolling in and the devastation was extreme. People were losing loved ones. India saw a huge urban to rural migration crisis as the government had left its citizens with few alternatives. At some point we started looking inward and reflecting on what mattered to us. The work borne out of that stems from a similar space.

How did this new act of “seeing”, be it through binoculars or a telescope, push you as an artist?
It made me rethink my relationship with photography. One which had so far followed the more linear approach of having a brief and finding a way to translate it. This was more organic. There was no brief. I was responding to how I was feeling. That in some strange way altered things for me and now I find myself more curious about the idea of photo fiction rather than just documenting.

What made you keep the edges of the images organic?
When I began looking at the images together it was fairly obvious to me what I was going to do with them. The imperfect circles of the images were what got me to that decision.

What are you bringing forward from the last two years, and what are you leaving behind creatively?
A large part of my decade old career has involved traveling. Mostly internationally. The pandemic turned that on its head. I wasn’t certain where my next gig would come from if I wasn’t allowed to travel. It took me a good year to make peace with that and change my approach to make work with what surrounds me. So far it has been rewarding. I am no longer excited by the idea of ‘skimming the surface travel editorial’ type of shoots that I once truly enjoyed. I want to find ways of doing work that is more immersive, closer to home or the idea of home.

Are you still selling prints in order to support those in need?
My print sales are currently not associated with any organisation but please keep an eye on my instagram handle for regular updates.

What projects are you working on now?
I am currently pursuing assignments that I am not certain I would have made the time for in the past. Some perhaps not as much about the images produced but the learnings they allow. I am currently in the process of documenting the palliative care work done in India by the Cipla foundation. At the same time I am quite excited by the idea of photo fiction and the path it allows me to take to narrate certain stories. One of them is called #makingupmanto. The series allows me to relook and document South Central Bombay through the life of a prolific and controversial writer who briefly lived in the city during the country’s partition years. I have also found myself on the other side of the camera hosting and participating in non fiction shows this year and it has been an interesting experience. 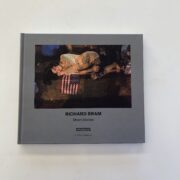