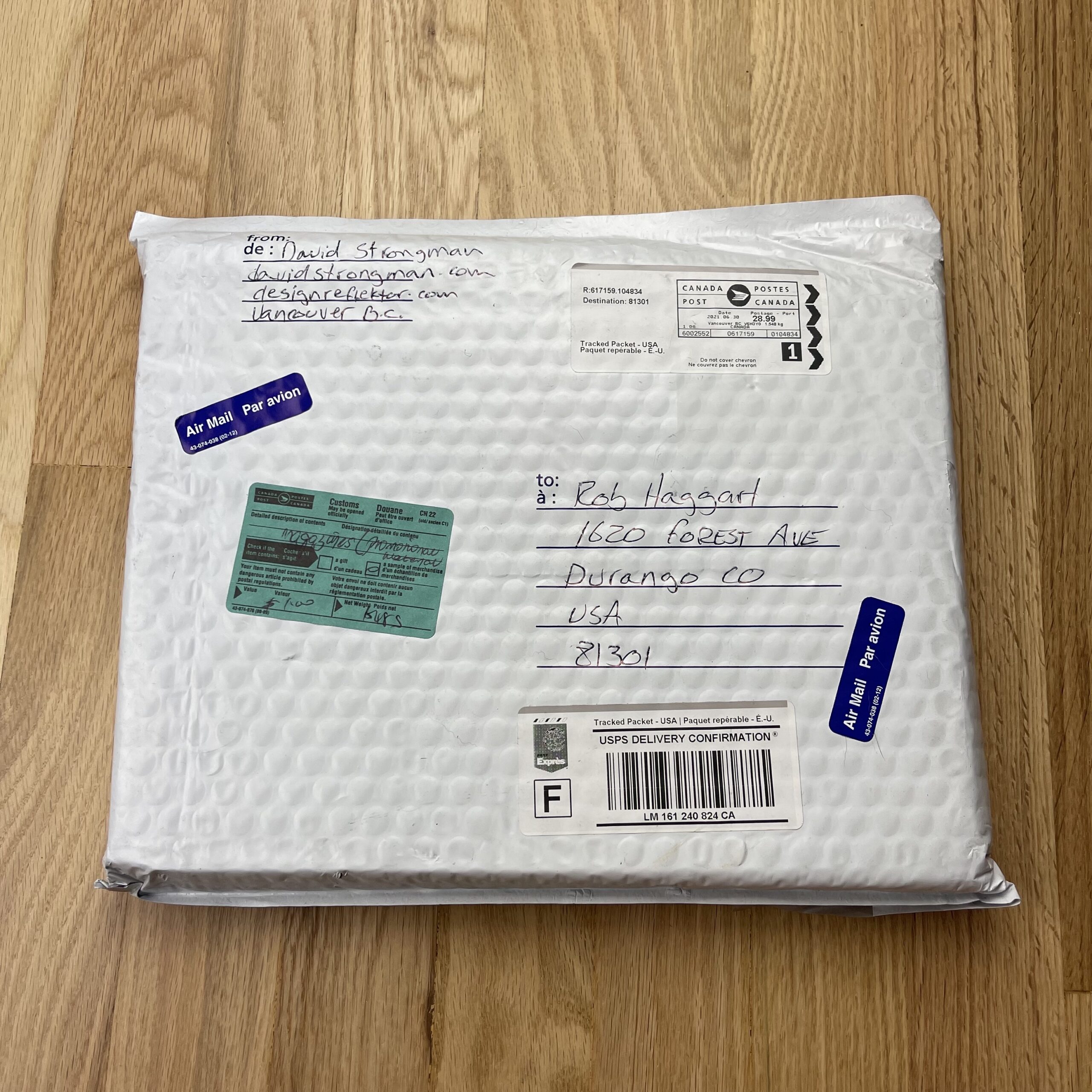 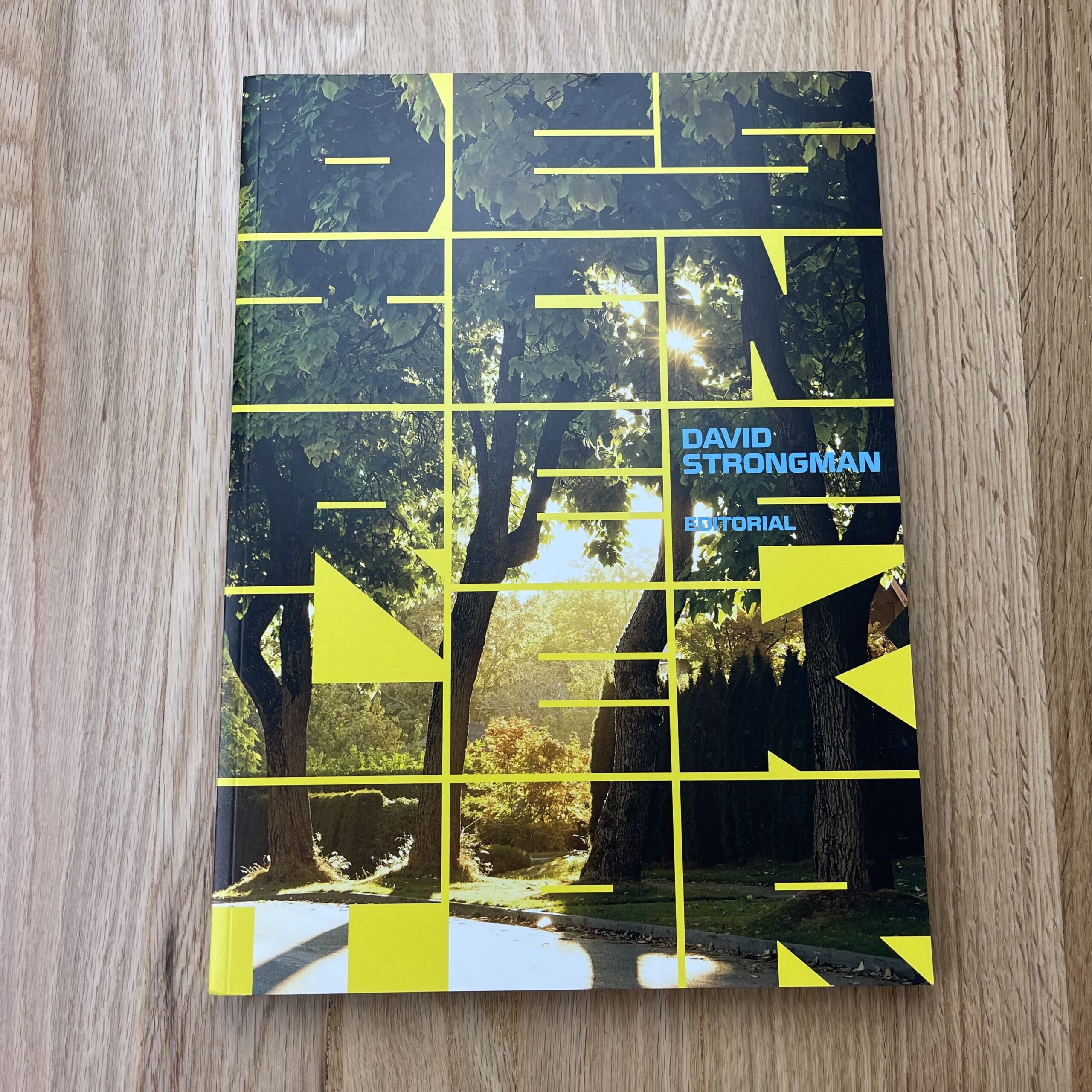 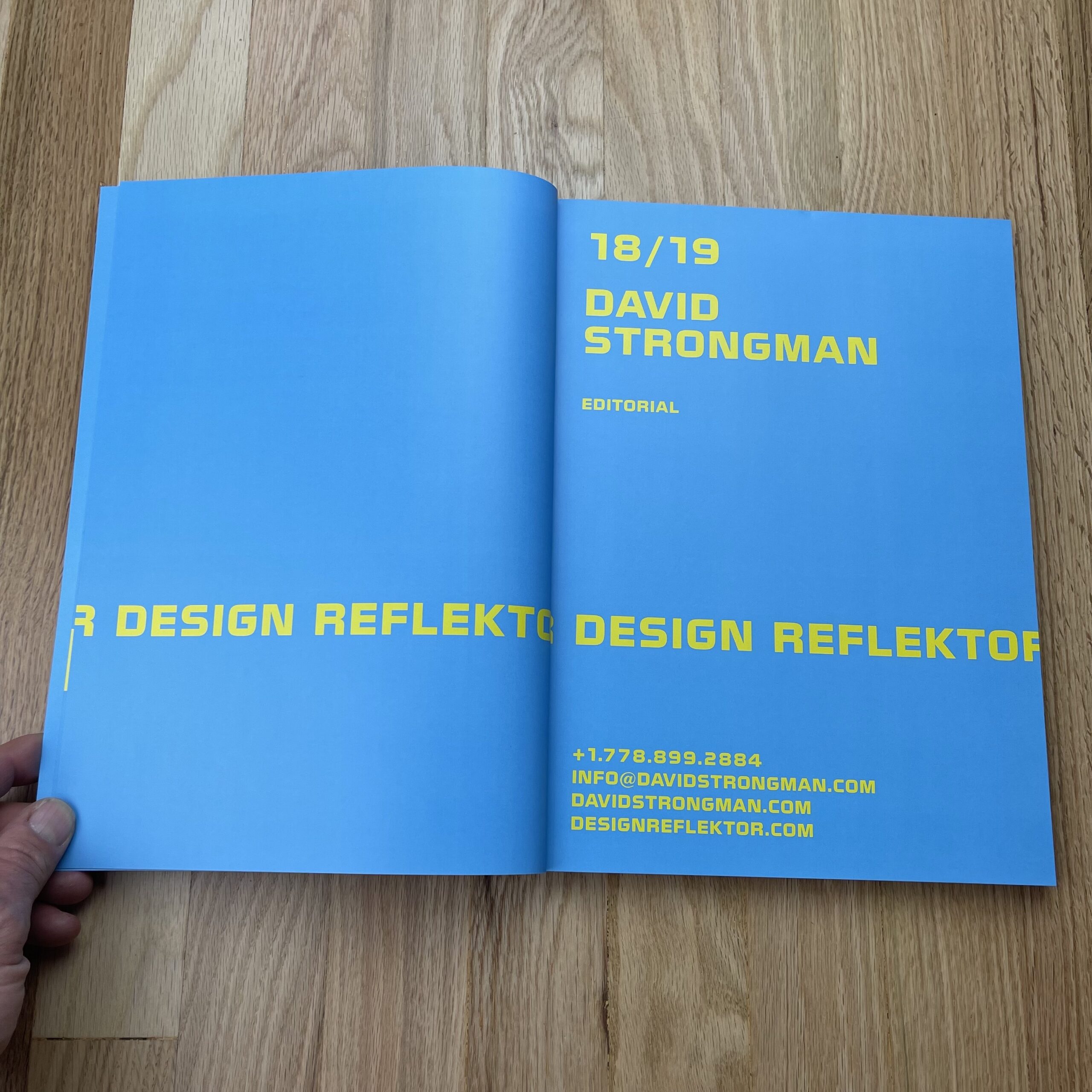 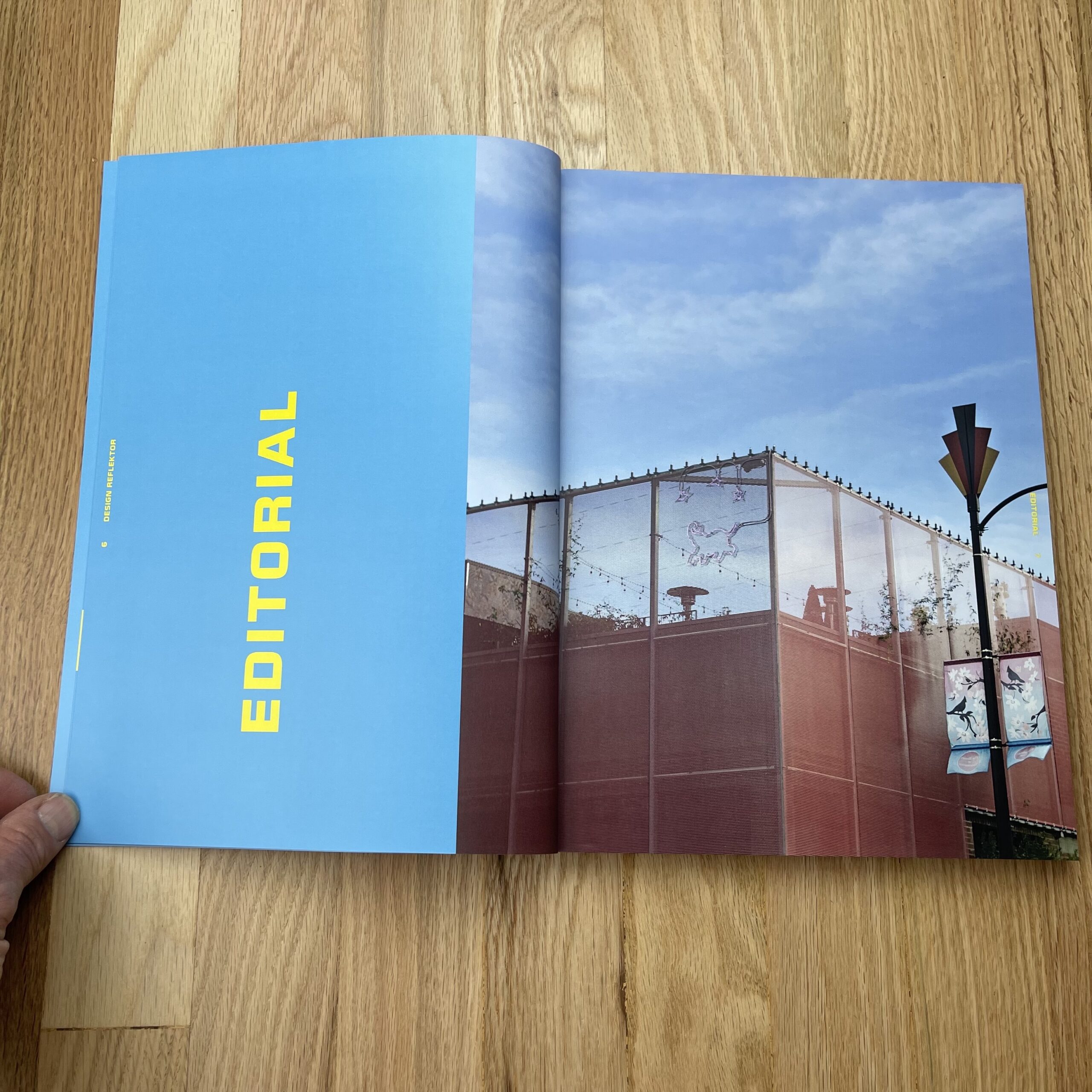 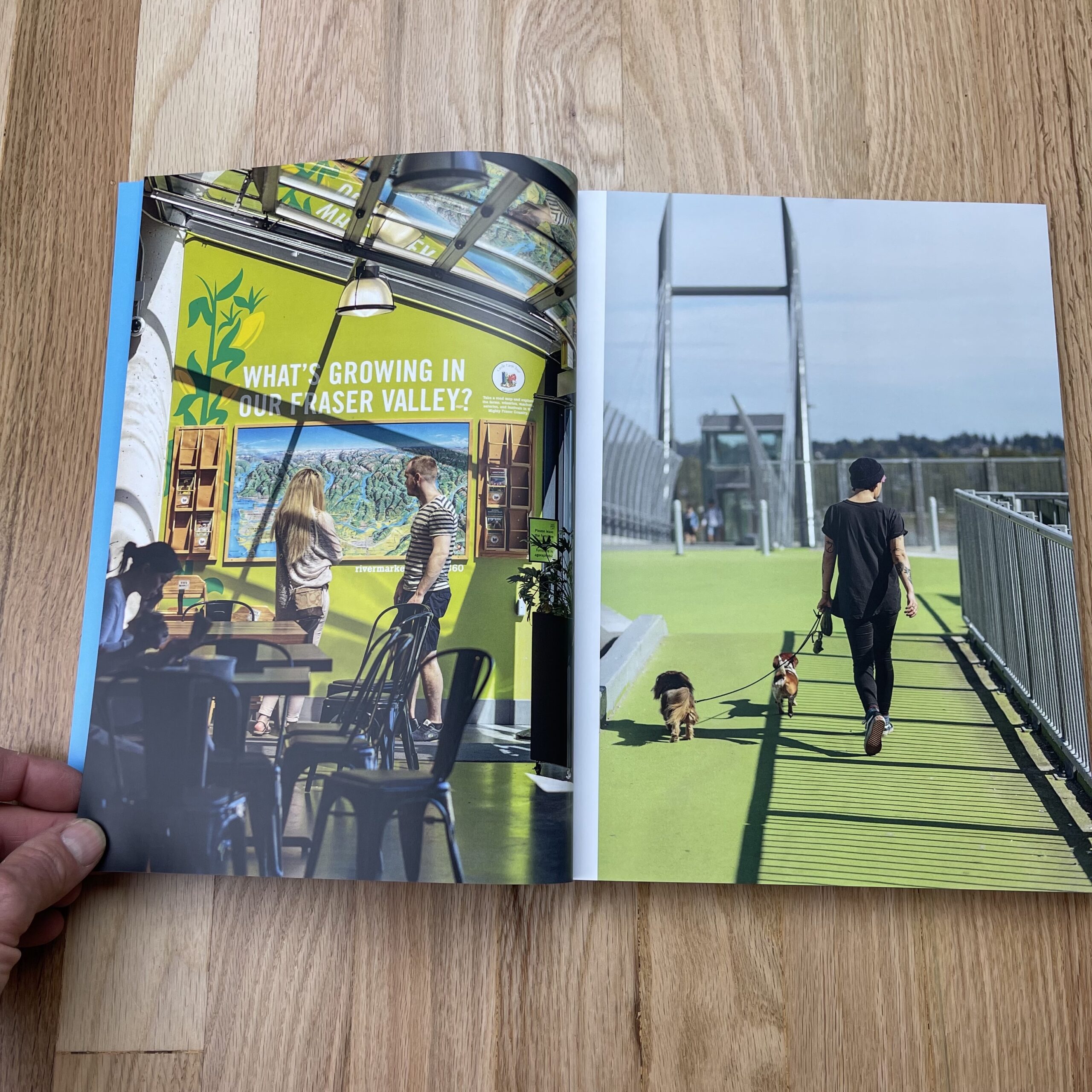 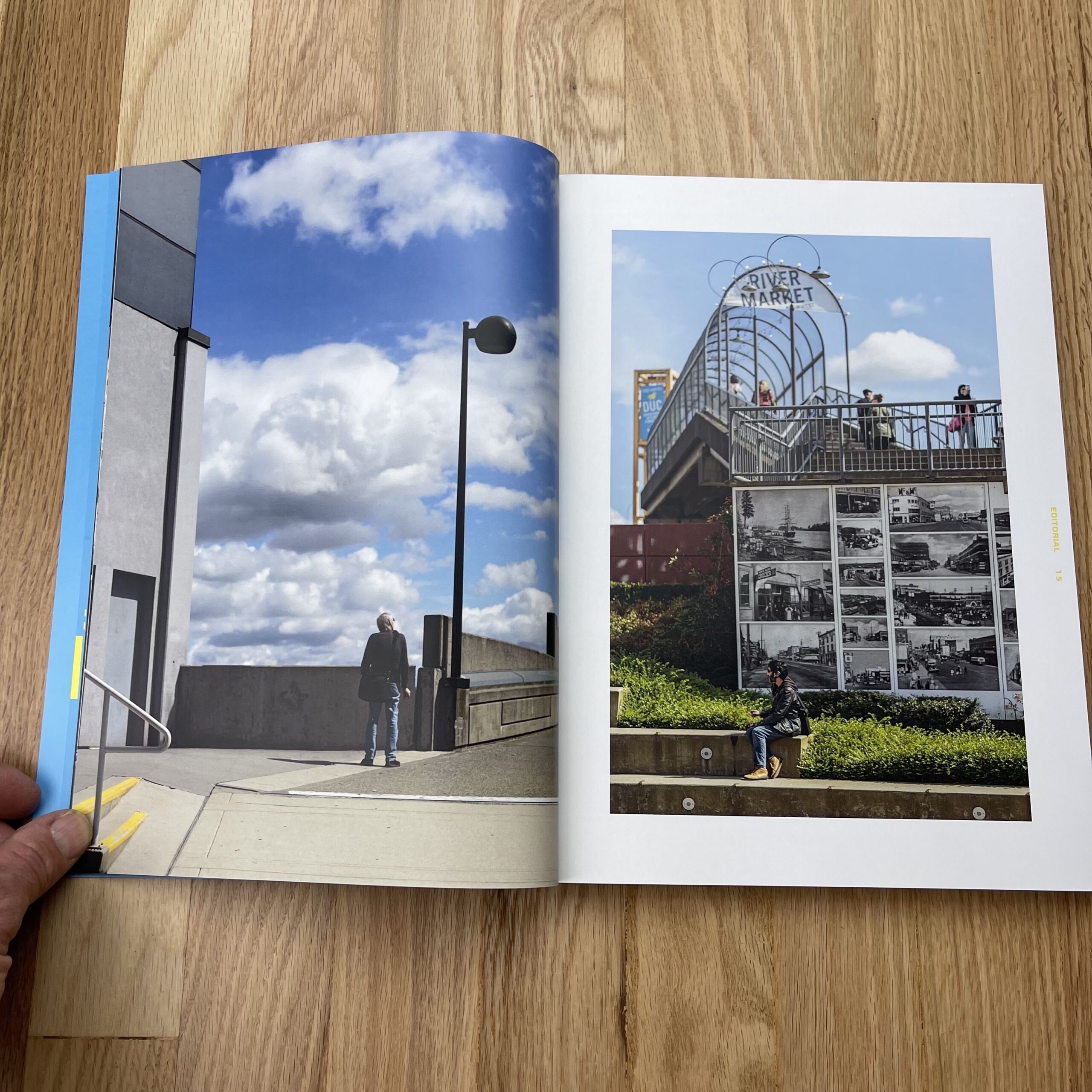 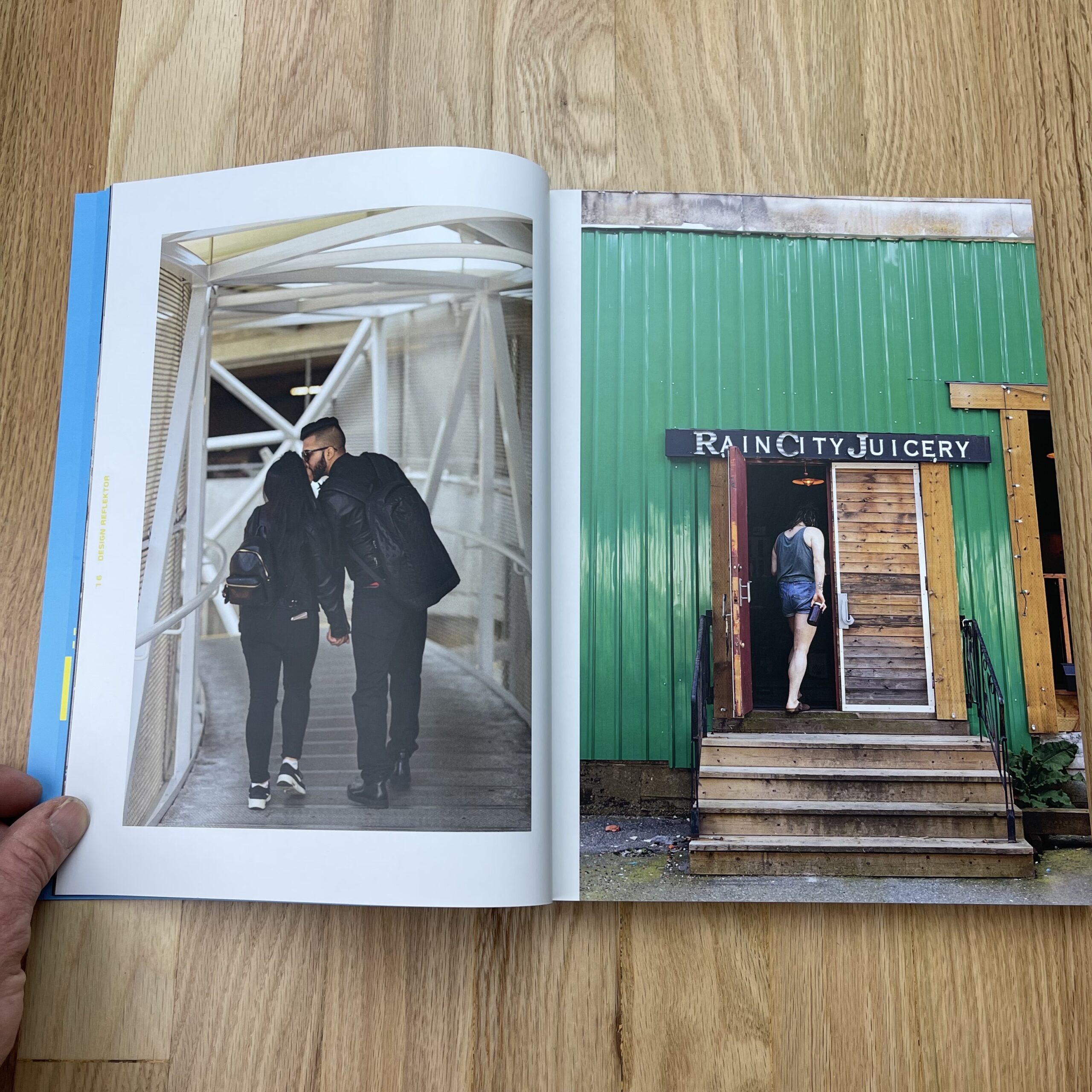 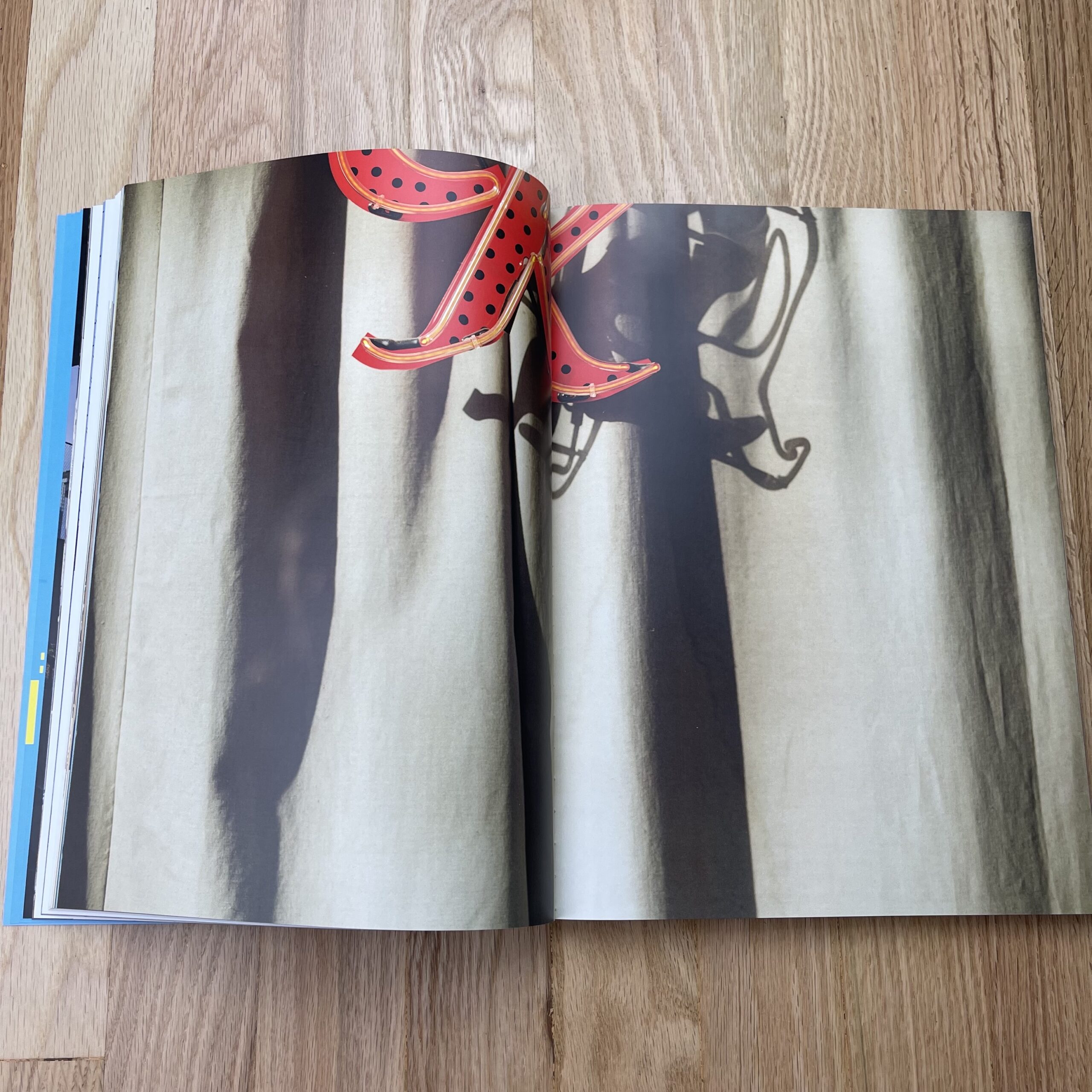 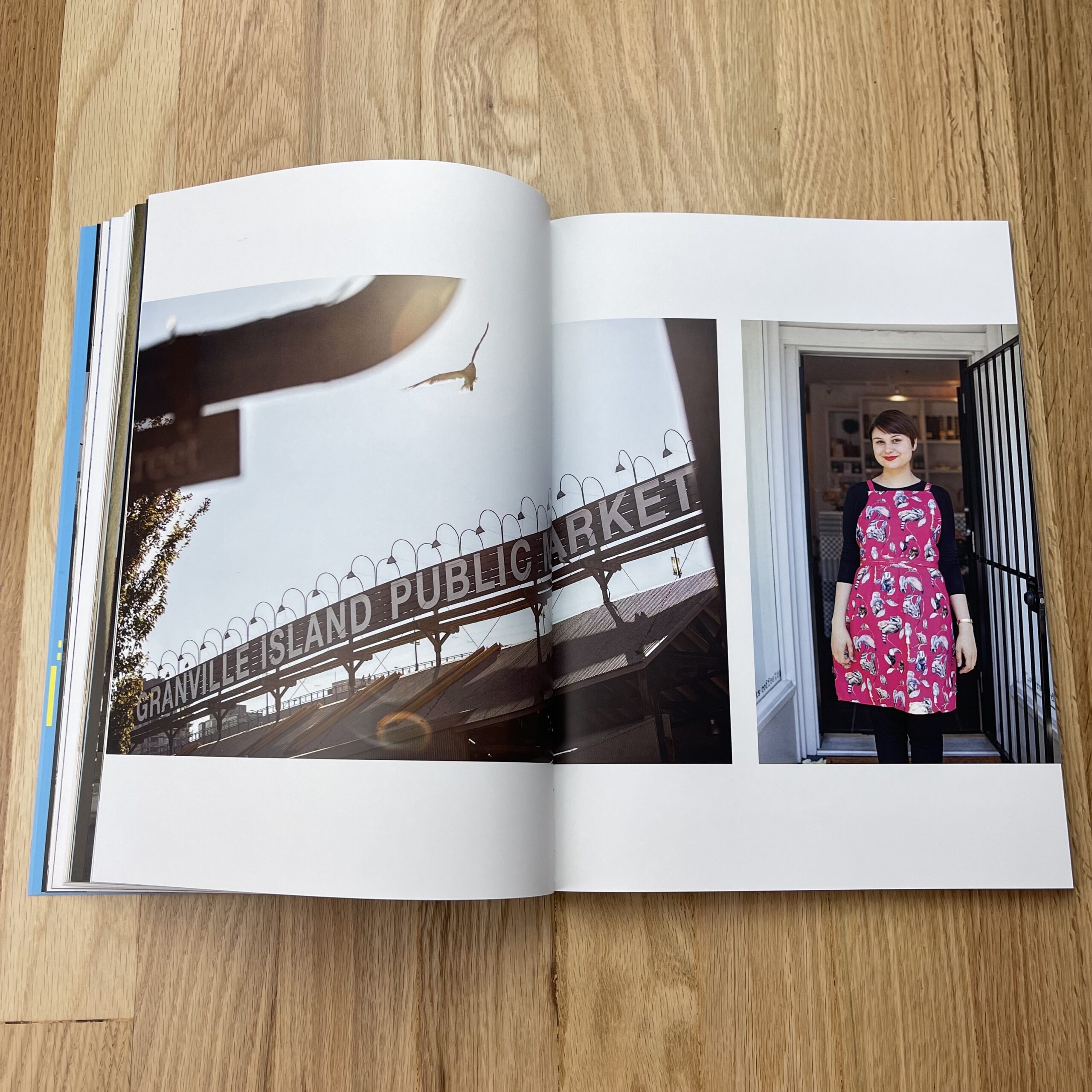 Tell me about your promo.

This was my first real promo piece having been a working photographer since 2001 – crazy I know. But as a photographer living in Vancouver we’re a small community, and work is word of mouth in this provincial town. That being said I think the practice of mailing out promos is under appreciated and is another asset that the right editor will appreciate. It’s really your opportunity to put together work in a meaningful way, on chosen print stock, with design intent, that provides an editor the sensorial cues about the person they’re about to hire … without having ever met them before. It invites a mutual relationship of trust. This is the blessing and curse of our industry these days. You just don’t get that kind of connection with the disposable Instagram-one-hit-wonder post that is so prevalent in our swipe right culture these days. So this is why I sent you my 2lb mailer. Here’s how it all began ….

I knew it was time to do something with the images I’d been commissioned to create over the last few years. Do I send out a mailer with a selection of images to tell an editor a story? Ok what images do I send? What do they mean? How do I present them? How many should I deliver? Am I over thinking this whole process. Well… yes and No.

I called Jaden Critchlow – @jac_illustration and the two of us got to work on creating a visual brand package. Jaden was a third year student at the design program at Capilano University in Vancouver (he’s now in Berlin … good move). He’s also my cousin so I was able to hold him hostage while we took 3 months to get these books completed. It was great to have a designer at the desk beside you who was skilled at the technical details of layout and design. Great for me, but I suspect an exercise in futility for Jaden because I was wielding executive control over the image selection and layout. I eventually stepped down from my lofty perch realizing he was full of great ideas and that we worked better as collaborators.

We ended up printing a few thousand 4×6 prints for the initial edit covering the main floor of my house, and we began laying out the shots according to whatever arcane and esoteric principles we could BS each other with. It’s amazing what you see when your floor is completely covered in photographs. Colours, shapes, themes, stories, light. The limitations of a computer monitor were quickly realized when we made visual / narrative connections with a room full of photographs that never would have been made on a tiny screen. This is really where the magic happened. When we had our final edit we realized that we were sitting on over 450 images. I stubbornly said let’s print them all. He agreed because again … he was family and couldn’t say no.

After the wide edit we then started the layout for two separate books. One focused on Editorial images – people and places. And the other on Interior images – something looser than pure architecture. I kept the two separate because it’s pretty rare that the interiors guys are also people shooters. One job is total silence, the other requires people skills. And people hiring for one often don’t consider you for the other. It made sense to kept the two brands separated.

After month of back and forth we had agreed on a layout for both books. I had a few ideas for a cover that Jaden worked up and we then dove into the print world. I initially went to an offset press house and was quoted about $15,000 for a print run of 100 of the books. Kinda out of budget but damn did the printing look amazing. Can’t beat it really. So I settled with digital output for about a third the cost. We ended up spending about $5000 for 50 copies of the the 178 page Editorial book and 100 copies of the 106 page Interiors book.

My Art Director in Vancouver Tanner Wilson (tannerwilson.com) always went to the same print broker – Russel White at Nine Yards Print (nineyardsprint.com). Russel deals with printers who are not public facing and handle large commercial jobs. They often sneak in the smaller guys a the end of a print run for a better price. It was great to have Russel stick handle the print brokering as his job is to connect you with the best print houses in the city, matching your budget and print requirements. It took the guesswork out of printing and one day we met in a back alley where he delivered a trunk full of printed books. Magic.

These images are a departure point in my photogrpahy, the culmination of 7 years of commissioned work in Vancouver. A personal retrospective. They’re largely street imagery and portraiture created during a great run of work for local real-estate developers who would hire me to go out on the street, create whatever images I wanted to, and come back to them with a look and feel for a specific neighbourhood that they were launching a tower in. What a gift. Because we are without an editorial scene in Vancouver, the opportunity to roam the streets to create images and get paid for it was a total blessing. The trade off was you’d get paid better than editorial rates, almost great for feeding a family of four in the overpriced city of Vancouver, but no one who mattered ever saw your work because it was locked away in a brochure for a development that sold out in a day. The challenge then was to get these images into the hands of editors and agencies around the world for their consideration. Do I ramp up the website? Blast social media? And then make cold calls?

I already spend way too much time in front of a screen and I’ve lived through watching old clients suddenly disappear to hire photogs based on their one-hit-wonder Insta image – who by the way have returned because it turns out you need to know something about something to re-create the magic of a lucky single image. So I thought that the best way for me to engage a photo editor was not with a few good images, but with a book. Two books actually that are 100 and 175 pages each. Something that when you drop them off on an editor’s desk you let loose from three feet and the reverberation is felt throughout the office. Something that that they could really engage with.

These books are a way for me to entice editors and creatives into digging deeper into my work, give them something to sit with for more than 15 seconds. Each and every page has been laid out with intent and purpose. Nothing is by accident. Images play off each other though light, texture, content, narrative. There’s easter eggs everywhere. The real joy for me is in watching someone sit with the book. Do they flip through it rapidly or do they spend time with each image. Most people these days unfortunately flip through so fast that they barely remember a single image. Oh well, I tried.

The challenge I face now is in how best to get these to the agencies/editors who really matter to me, and have them hire me for jobs that will push my creative boundaries? I recently sent the books to the UK and it cost me $80. But it felt great when that editor responded immediately to my phone call because they had received the work and loved the production of it. Will it get me work? Maybe. Maybe not. I think what will get me work is consistency. I gambled putting all my eggs in one basket. But I did it for myself because who would be crazy enough to delver 275 pages of printed content to a random editor? It’s now up to me to keep up with these new relationships by calling/sending more work.

Living out on the west coast, without an international agent to put you forward for work is a big challenge. The goal now is to identify the finest editors/agencies worldwide and target them specifically with this work. And I’ll eventually upload all of the books to Instagram and revamp the websites. And start another body of work that makes my happy.