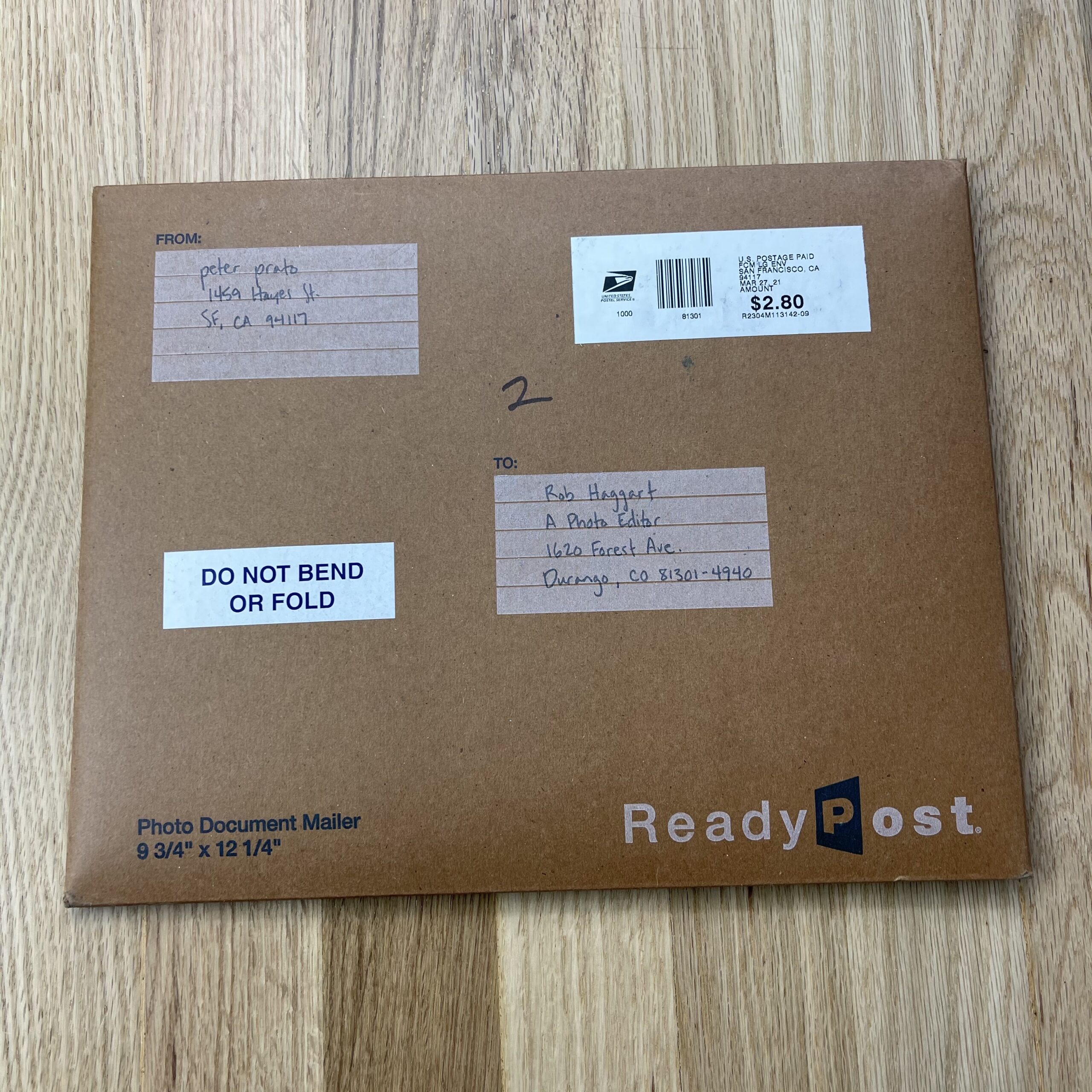 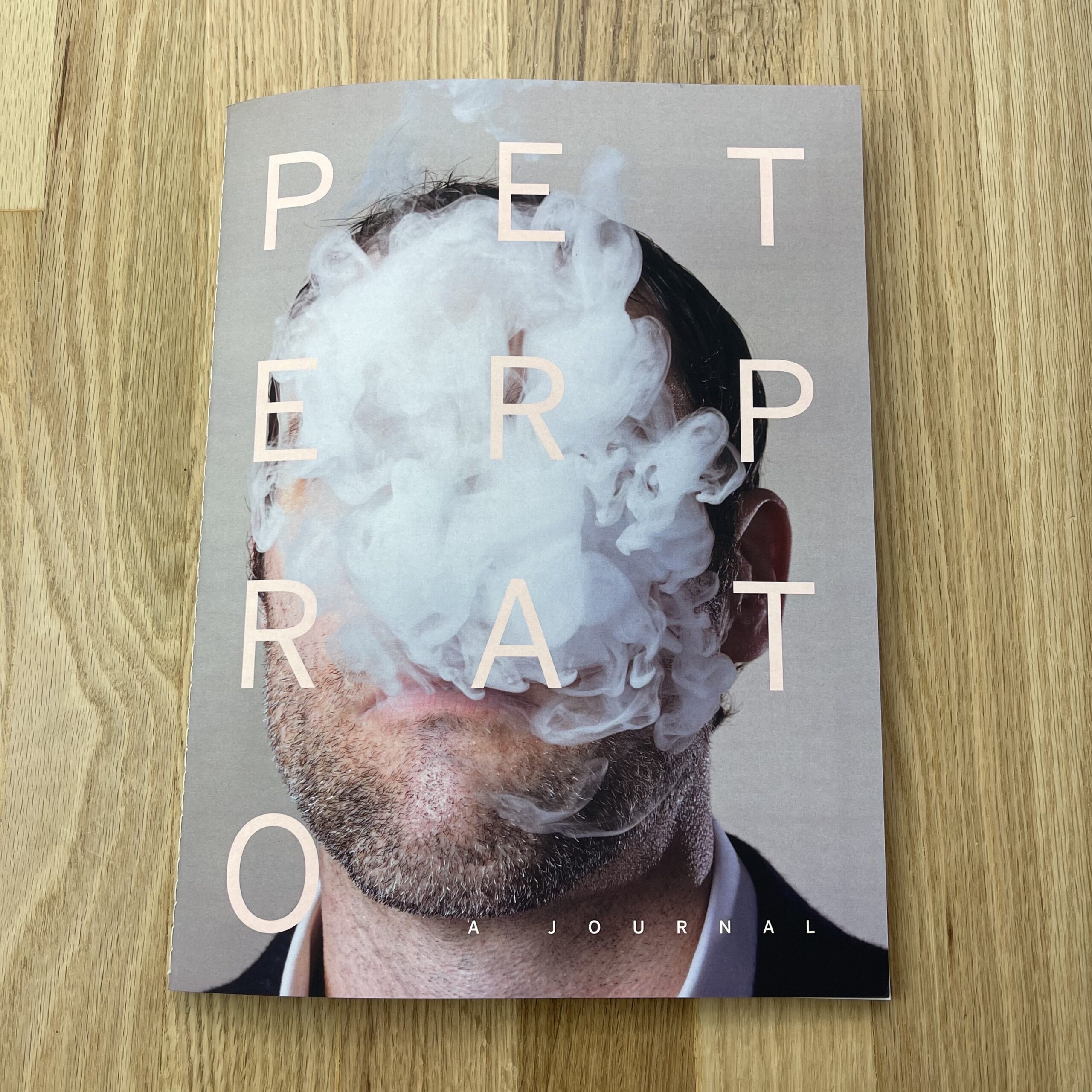 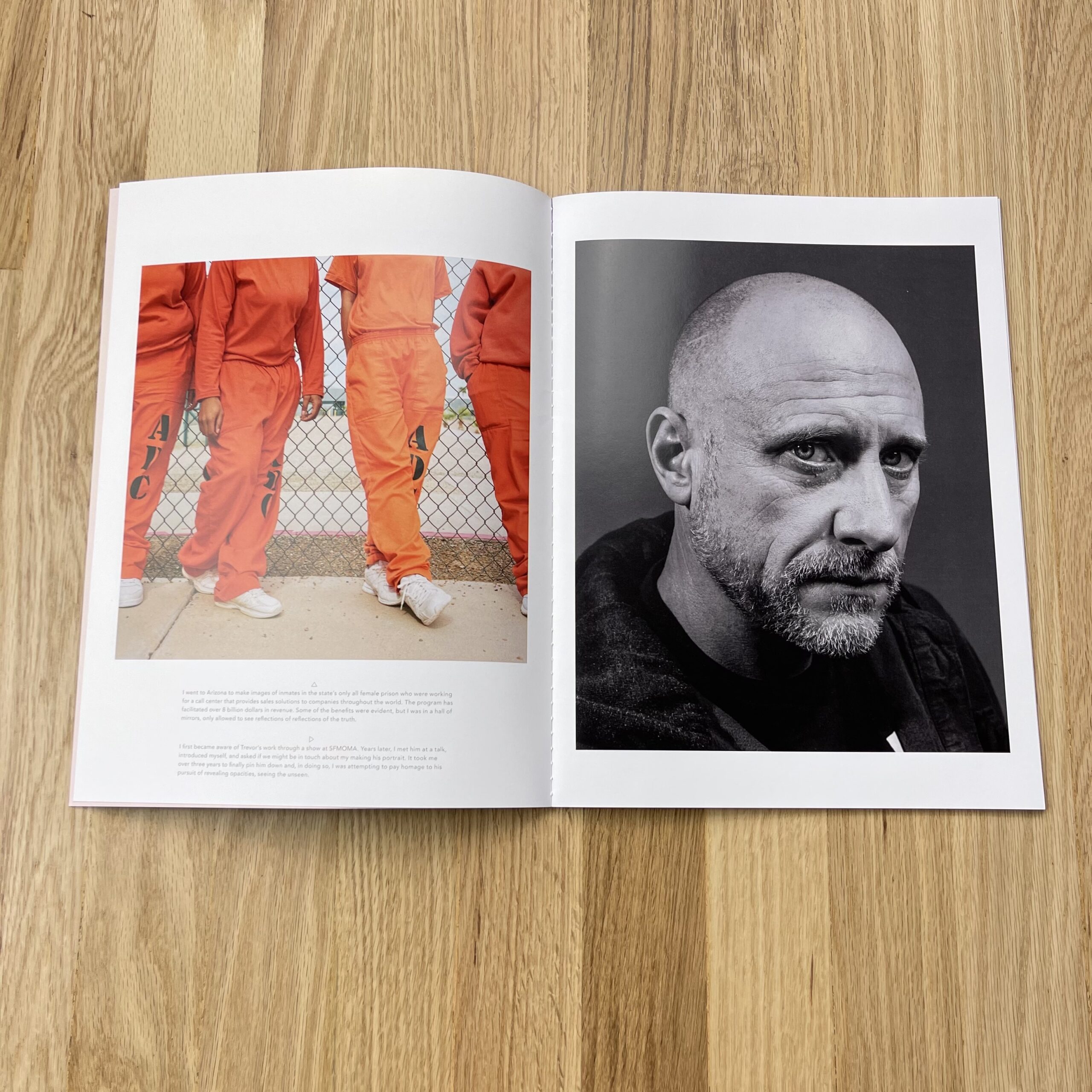 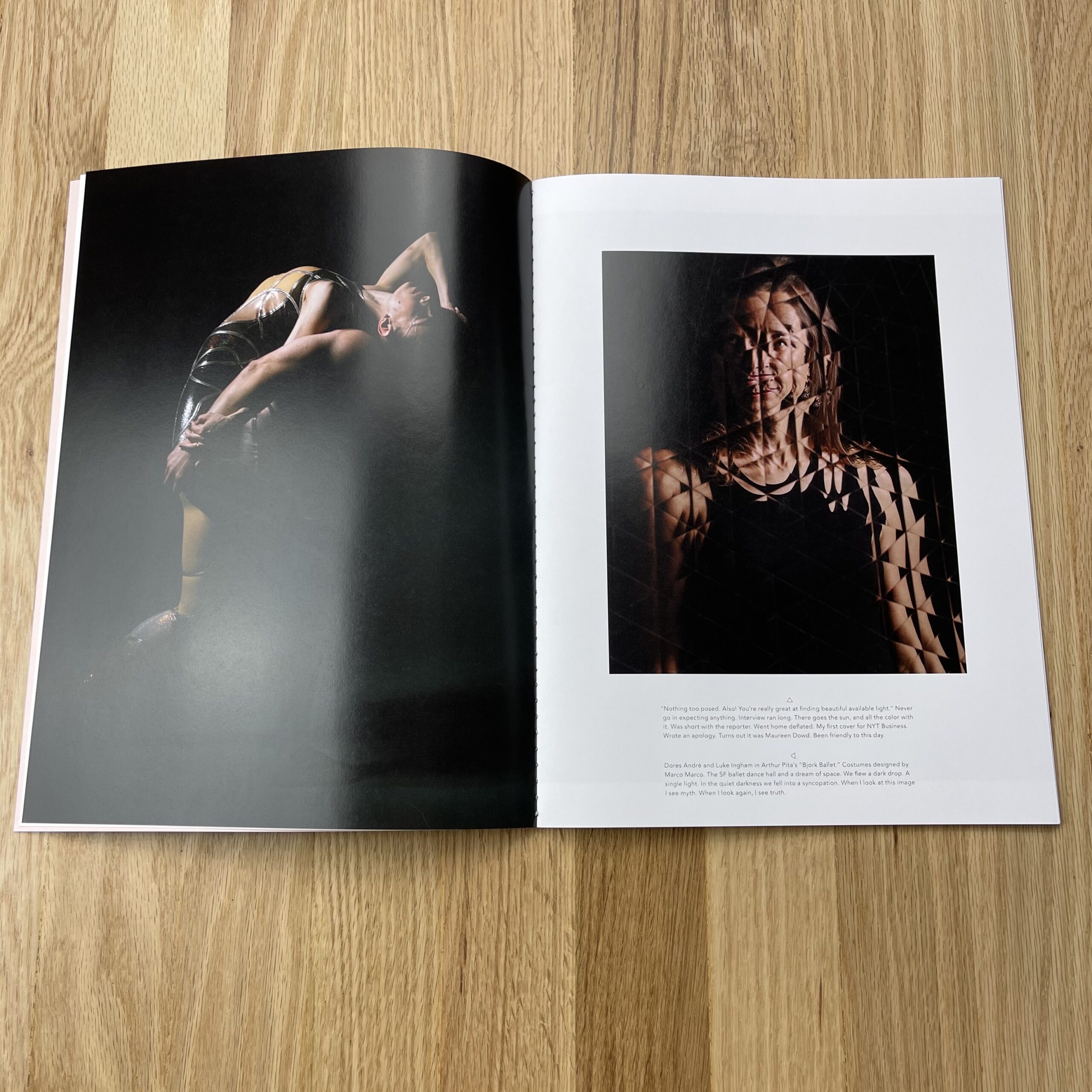 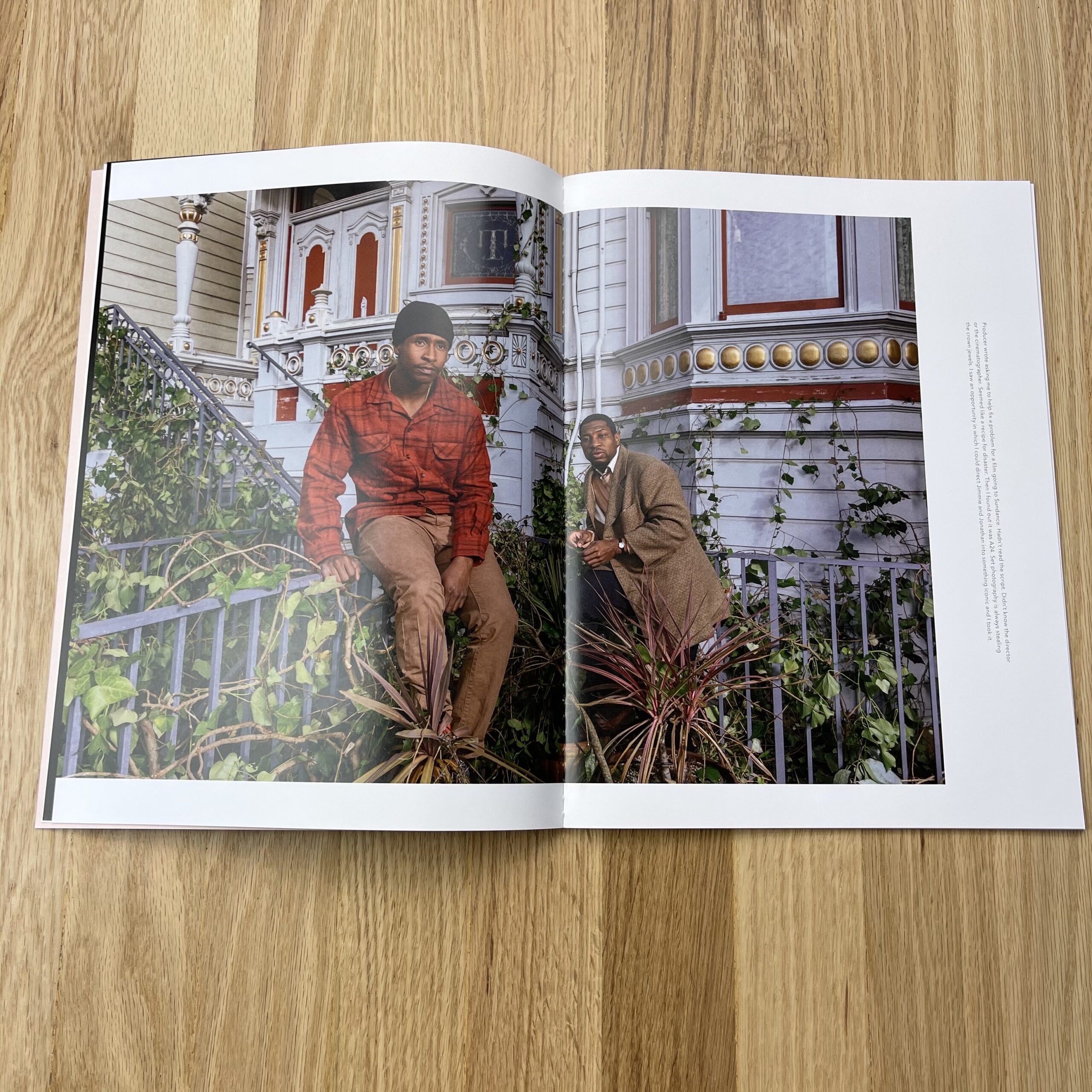 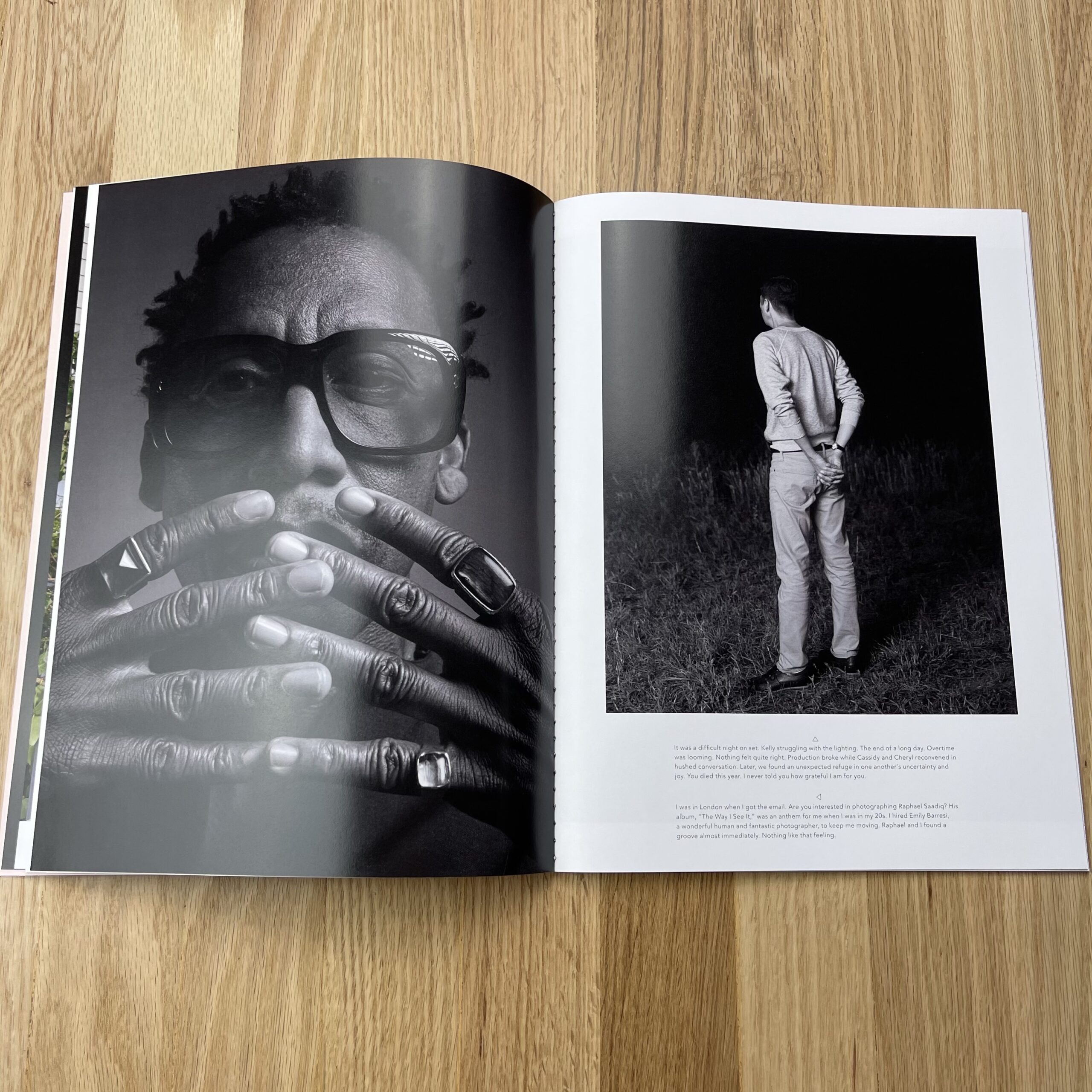 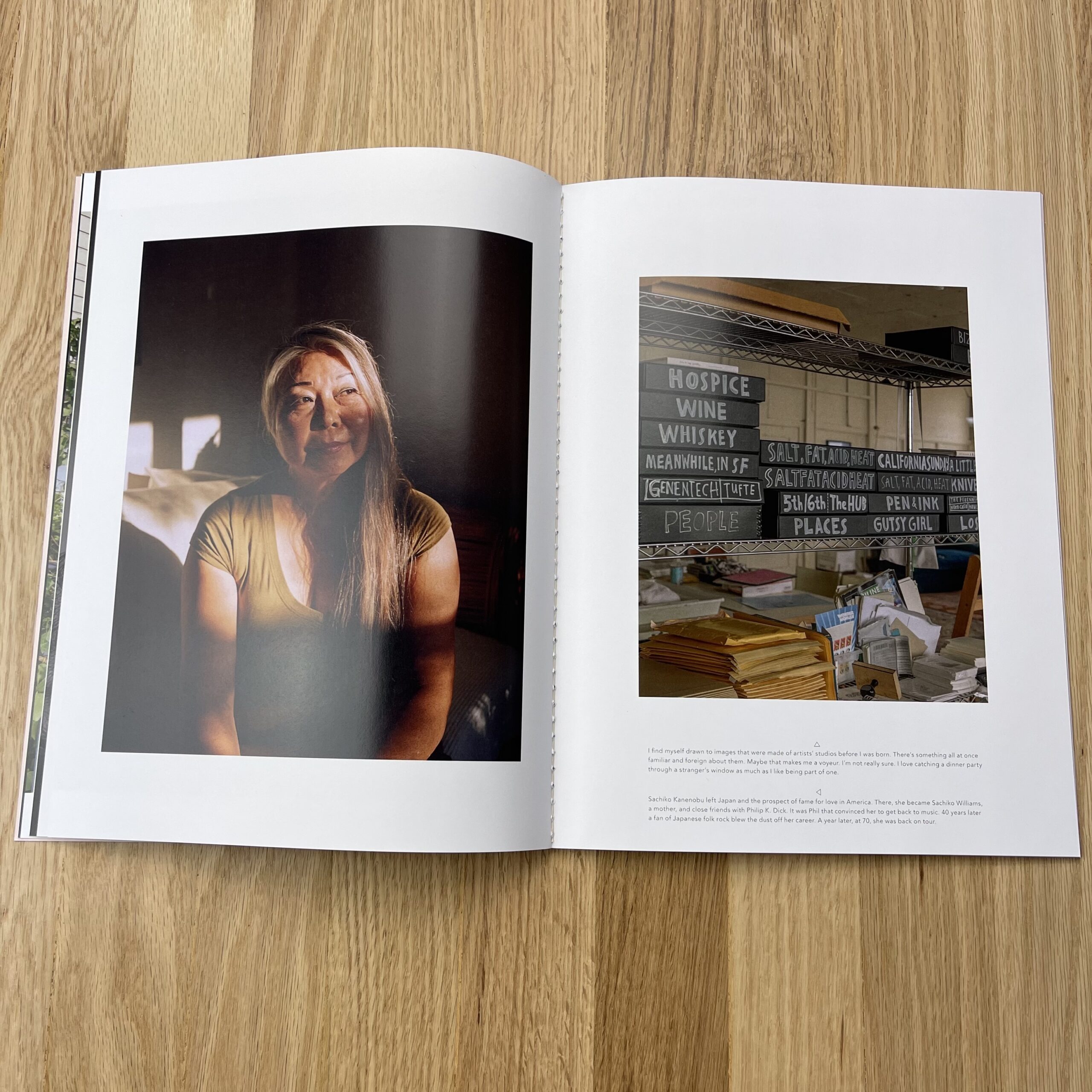 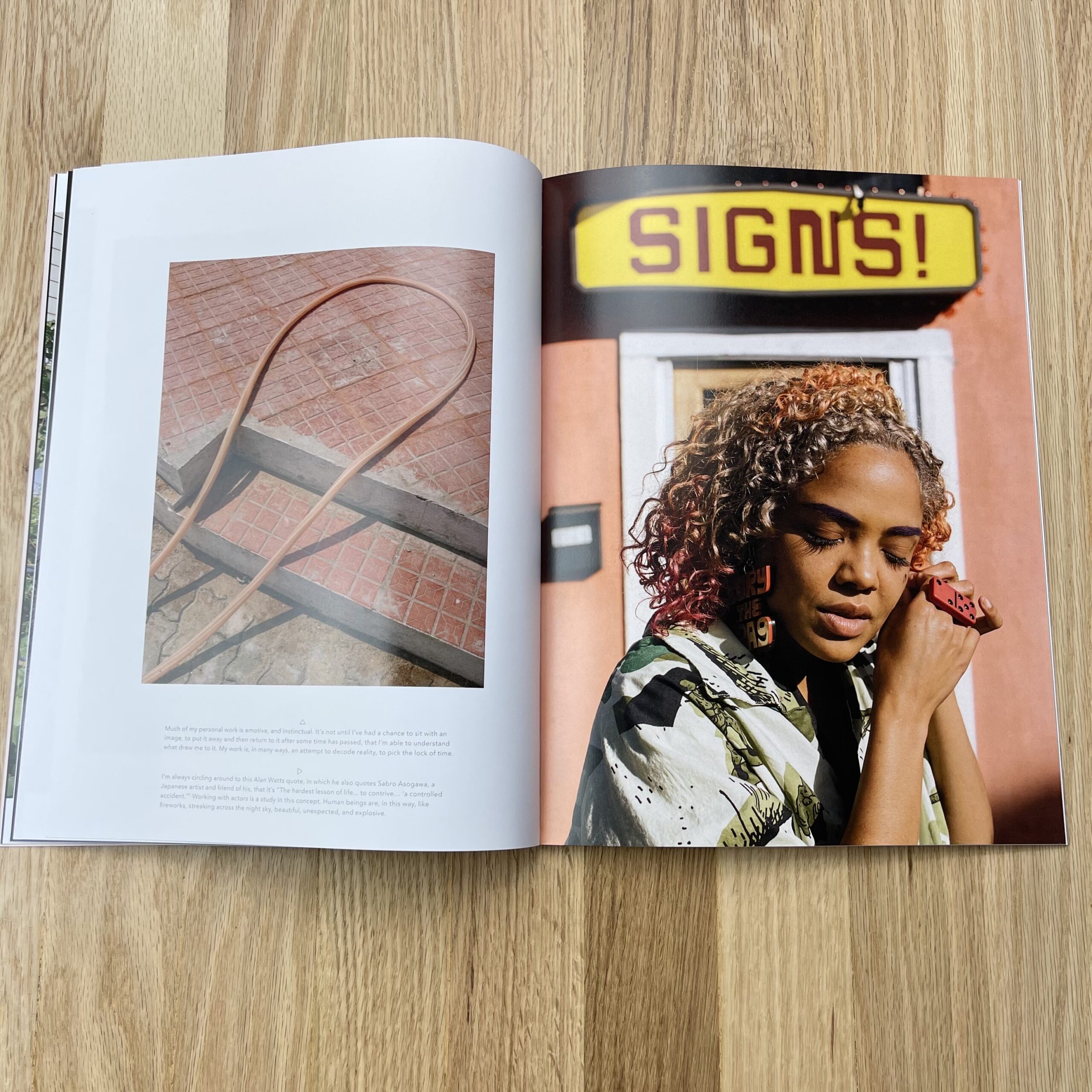 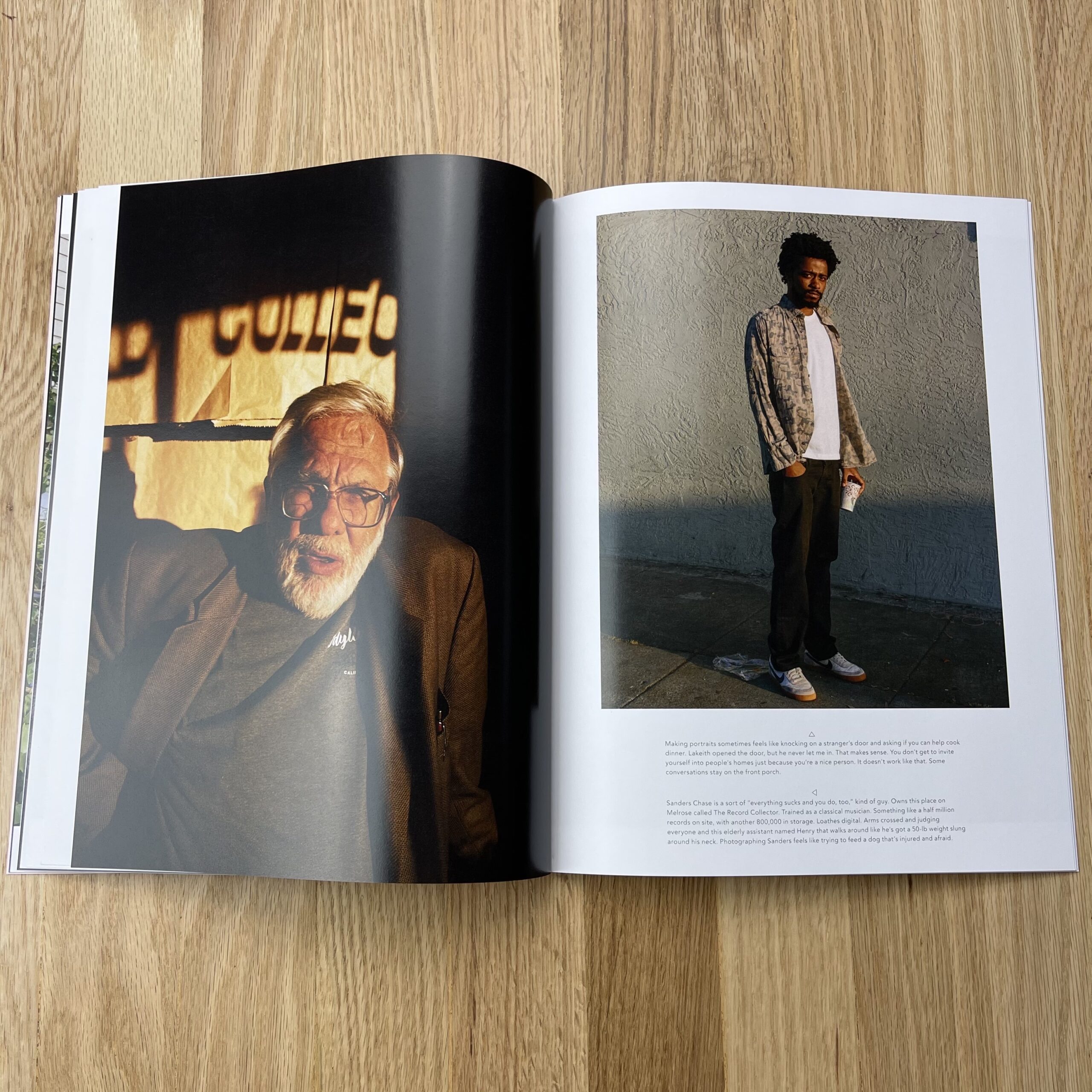 Who printed it?
Edition One Books, which recently moved from Berkeley to Richmond. Brandon Tauszik, who’s an amazing photographer and a dear friend, turned me onto them. They printed his book, Pale Blue Dress, which made an appearance on this very site.

Who designed it?
Mcalman.co, which is a design studio founded by George McCalman, who’s made promos for many wonderful photographers. I worked directly with him and his Design Associate, Ali Cameron. George and I have collaborated on a few things together and it was extremely helpful to begin from a place where he was familiar with my interest in images and words. He brings experience as an illustrator, writer, fine artist, and having worked closely with photographers as an art director. A real powerhouse. All of this made for an experience in which the iterations on rounds of feedback were efficient and thoughtful. George also has the kind of chemistry I need in an editor. He knows how and when to say no to ideas that will cause a project to come off the rails.

Tell me about the images?
When I first read this question I thought, “I should ask him what the word limit is on this thing.” The images represent a range of experiences. Some were made for work. Some were made in my personal life. All of them are a kind of a creative non-fiction in which I’m carving a version of reality out of the light. It’s also the genre that comes most naturally to me and that I’ve practiced the most since studying creative writing in college. Of course, I’m interested in imagery without words, but this body of work isn’t about a collection of greatest hits. I wanted the people that are sitting with this to get a sense of how I think and what’s important to me. I also wanted to give them an opportunity for context. These images could live without the words but it would change the nature of how I want to relate to my audience. An image of a man staring off into the abyss of the night in a pensive stance is one thing. Knowing that man had an impact on me, and has passed away, changes that image. That said, a little bit of mystery provides endless satisfaction. I’m not trying to tell everyone everything. I want to start a conversation.

How many did you make?
I had 150 printed. 100 of them are going to people that work in various aspects of the photo industry, some of whom I’ve worked with, some of whom I want to work with, and some of whom are people that have helped guide my career through the work they do to support photographers. A Photo Editor comes to mind. The other 50 will be a limited edition, signed, and sold with an open edition print and most likely a unique piece of writing to anyone that feels inclined to spend their money on my work.

How many times a year do you send out promos?
This is the first time I’ve done this so I don’t have a structured routine. It’s laborious and expensive and an excellent creative exercise. I’ll probably do it again in the future, but I see this is a stepping-stone to my next goal, which is a monograph of work, and for which I’m talking with another designer that’s interested in working with me.

Do you think printed promos are effective for marketing your work?
Because I’ve never done this before I can’t definitively answer it one way or another quite yet. That’s frustrating, but the question of attention is a problem all creative people face if they’re trying to make a profession out of their creativity.

I think printed work is a smart way to convey a commitment to the craft, especially to people that have dedicated themselves to careers in which they’re hiring photographers, but you have to find your way onto very crowded desks and then not get buried. I think about measuring the efficacy of the marketing in two ways. On one hand, there are the fixed costs, which I’m tracking. The production costs, the design fee, the shipping costs, and the like. There are also the soft costs, like the time it took to sequence the work, or the commutes to Lightsource to work with Ward Long on the film scanning, or the maintenance of the spreadsheet to keep track of everyone that I’m trying to reach and to whom I’ve sent it and whether or not I’ve worked with them yet (just a note here to my tech friends whose heads are swelling as they read that last line- yes, I understand there are CRM systems out there that help with this and yes, I use one of those, too). There’s the time spent trying to reach people to let them know I want to send them a copy. There’s the time I’ve spent standing in line at the post office, and hand-writing letters of thanks, and following up with people to whom I’ve sent it but haven’t heard back to gently ask if they’ve received it and, if so, to say thanks again. I haven’t tracked all of that and even if I had, I’m not sure how I’d quantify the cost unless I broke out my annual gross income into minutes. So a very basic way of determining efficacy would be, did I cover my known costs? Did I generate new business that led to a profit?

On the other hand, I brought this thing to life in collaboration with the help of hard working, talented people, along with all those that hired me, those that allowed me into their world, gave me their time, those that made themselves vulnerable, fed me, helped me navigate unknown spaces, assisted me, married me, and so on. I’m proud of this work, of this small temple and the people it represents. So with that in mind, a real profit, and a meaningful success, will be a function of the number of new relationships it generates with people that will enable the virtuous circle of making time to make work to make money to make time to keep telling stories about this world and the way I see it. 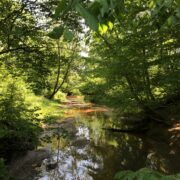 This Week in Photography: Going Home

The Art of the Personal Project: Kahran and Bethancourt of Creative Soul