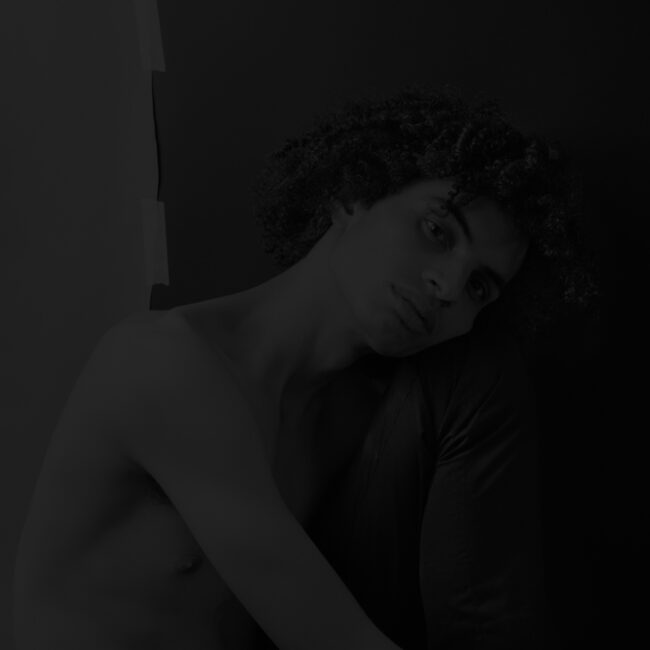 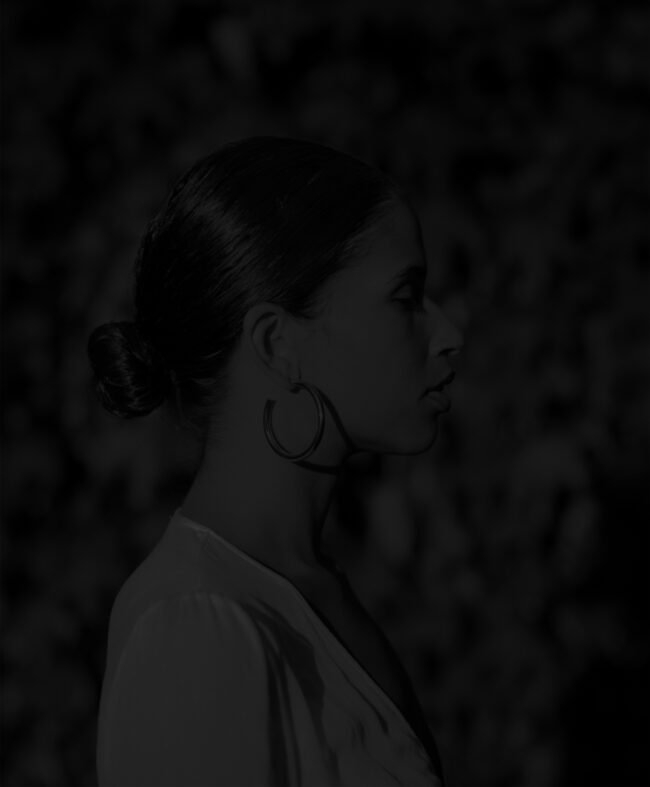 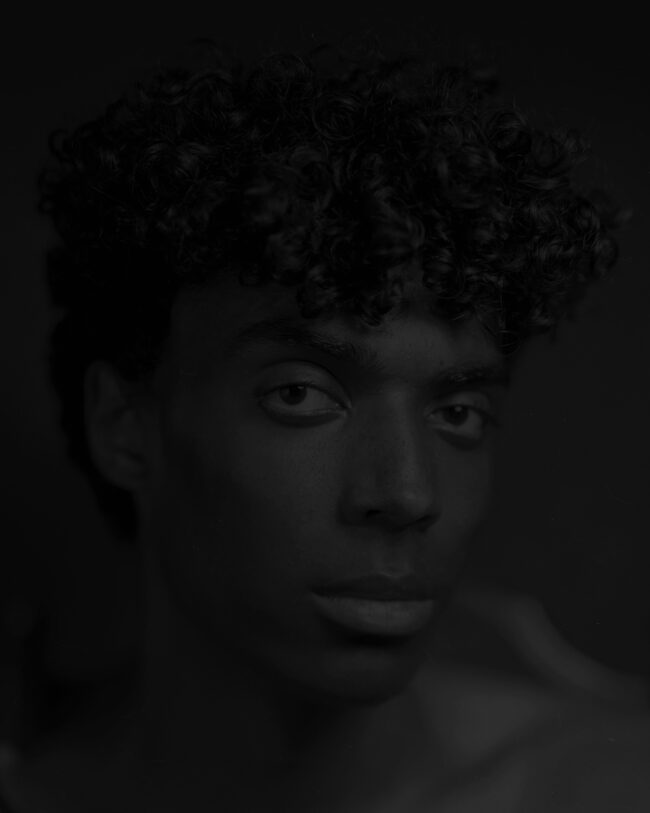 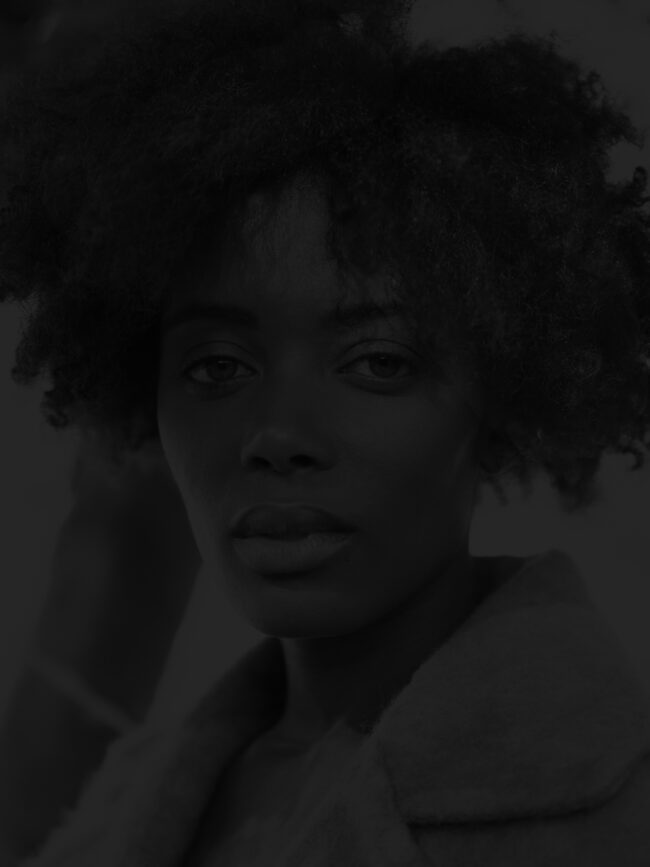 Heidi: Why did you title this series Against Monolith?
These portraits are part of a series exploring the individuality and historical representation of people of color. Using the history of film photography and also Kodak films and guide literature, I explore the struggle of maintaining individuality in a much larger social structure. Historically, individual people of color were often viewed as monolith, a singular mass distinctly lacking individual identity. “They all look the same;” the sentiment is unmistakable in American history.

In your mind, where did this sentiment begin?
This sentiment is echoed by the history of Kodak films. For decades Kodak film was unable to correctly capture the skin tones of people of color because their film emulsions were formulated to render a correct Caucasian skin tone. In addition to this, Kodak would send test negatives to color processing labs along with a color correct photographic print made from the negative. Using this, photo labs were able to calibrate their machines and the chemistry used to process the film in order to obtain color correct prints from any negatives they processed.

When were you able to frame this in your own life?
I first noticed the shifting of skin tones growing up when looking through family photos but didn’t read about the technical details behind it until many years later. My first time reading about the technical issues and Shirley Cards was in maybe 2011 or 2012 when I was working at Bart’s Books. I was very interested in visual media theory at the time and a book on that subject came in which included the paper by Lorna Roth titled “Looking at Shirley, the Ultimate Norm: Color Balance, Image Technologies, and Cognitive Equity” which outlined the history of Kodak film formulations and the Shirley Card. This was a couple of years before I even applied to ArtCenter but that paper stayed in my mind as I learned more and more about photography and began other projects.

What were the the scenes in the color photographic prints?
The negative that Kodak sent included a scene containing various textiles, a color chart, and a single white female model. Nicknamed “Shirley cards” after the Kodak employee who modeled for the negative, these were used all across the country to make sure that customer’s pictures were delivered with correct color.

How would you describe the images of darker skinned subjects?
Photographs featuring darker skinned subjects were often incorrectly rendered, sometimes as a smear of black in the photo completely lacking details – recognizable only by the whites of their eyes and their teeth, if they were smiling. From a distance these portraits are also textureless in appearance. Unvaried and lacking the possibility for details; a deep black on the surface of an unchanging white ground. The work of philosopher Paul Ricœur posits that the formation of individual identity is in large part shaped by ones ability to recognize another, and to be recognized by another. It was a compounding lack of recognition, however, that led to individuals disappearing from their film images. Film manufacturers being unable or unwilling to recognize the needs of a group directly led to the inability to see the individuals pictured. With the images from this series I aim to rework that failure to compel the viewer to recognize the individual pictured. As one gets closer to the artwork, details emerge, forcing you to confront the individual before you.

When did you begin Against Monolith?
It was after seeing the Kerry James Marshall show at the MOCA that I began to put together the Against Monolith project. I went to that show many times and couldn’t stop thinking about how he rendered and painted all the skin tones, it was so striking. I think often the conversations around this part of Kodak’s history get stuck in circuitous arguments debating whether or not Kodak films or employees were racist and I was much more interested in using this to explore the entangled web of individuation, individual agency, and its intersection with collective agency and behavior. I wanted to use the history of film photography, as well as Kodak films and guide literature, to explore the struggle of maintaining individuality in a much larger social structure. Because one form of recognition is intimately linked with individuation and another form of recognition is intimately linked with photography and visual representation it seemed to be an effective way to examine both.

This Week in Photography: The 2nd Annual Advice Column

The Art of the Personal Project: Gabriele Galimberti