This Week in Photography: The Power of Art 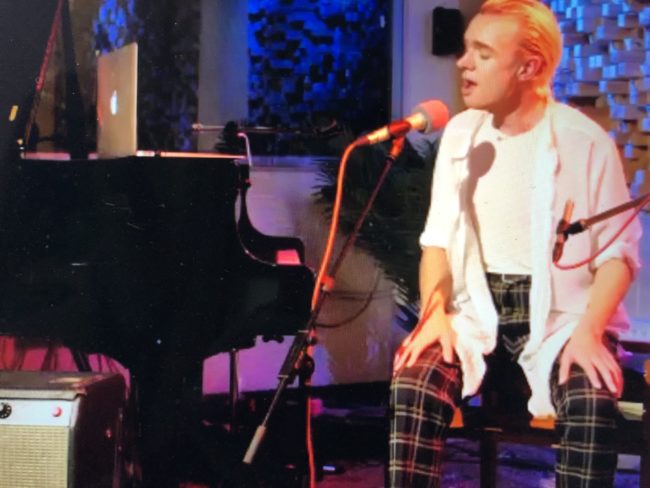 Such a powerful four-letter word.

[ED note: I swear I wrote this before Hope Hicks and Donald Trump tested positive for the Coronavirus.]

As a long-time cultural critic, who discusses American politics and global themes, of course things have been a bit dark here lately.

How could they not be?

Given the colossal shit-show that was the Trump-Biden debate on Tuesday night, and the foul mood it put me into when I woke up yesterday, you’d be right to assume that this column, written the next day, would be pessimistic and fraught. 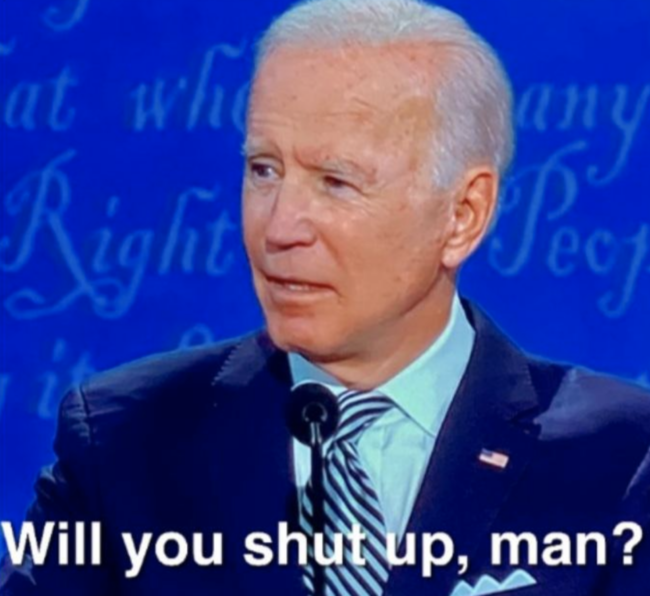 It would be the obvious move, what with Trump telling the Proud Boys to stand by, like his personal white nationalist army.

Normally, I’d lean into that.

Well, we all get tired of Doom and Gloom, and frankly, I had the most amazing, life-affirming experience yesterday.

It represented pretty much the best that humanity, and art in particular, has to offer.

So I’m going to write about it for you now.

As you might imagine, writing about photo books as I do, I get a lot of emails from publishers and press agents.

It’s literally part of the job.

Every now and again, one such person begins to seem like a whole, fully realized human, not just an email signature at the bottom of a piece of business.

In this case, I’m thinking of Liv Constable-Maxwell, who does press for MACK, the highly successful, independent photo-book publisher based in London.

The truth is, I’ve been doing this column long enough that I actually interviewed Michael Mack, the titular publisher, on a trip to London back in 2012.

He gave me some great advice about photo books having the potential to be art objects, (when they’re done right,) and I’ve quoted him on that many times, even though we never spoke again.

(I turned up at the MACK offices sweaty and late, which was not my finest hour. Sprinting around Tottenham Court Road, looking for an office building without knowing where you’re going, will give the stress sweats to anyone.) 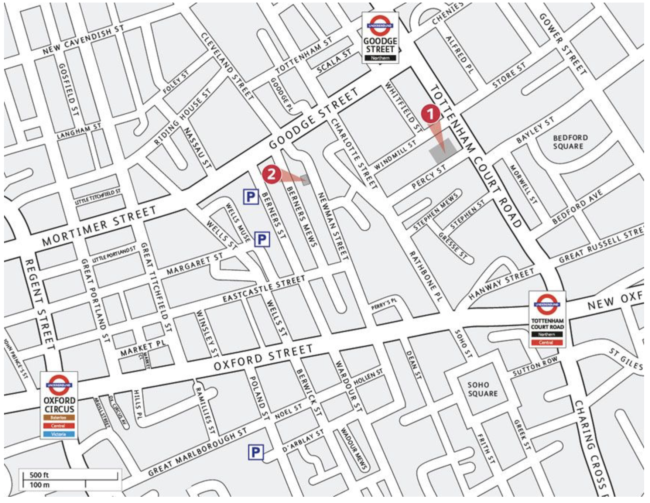 But I’m getting off topic with an unnecessary diversion.

The point is, Liv seems proper cool, and in our back and forth communication about the MACK fall offerings, she invited me to a new-school, hybridized, online event that could only exist in Covid-reality. (Though it was intended to be IRL, and some of the planners actually met on the day before the world shut down.) 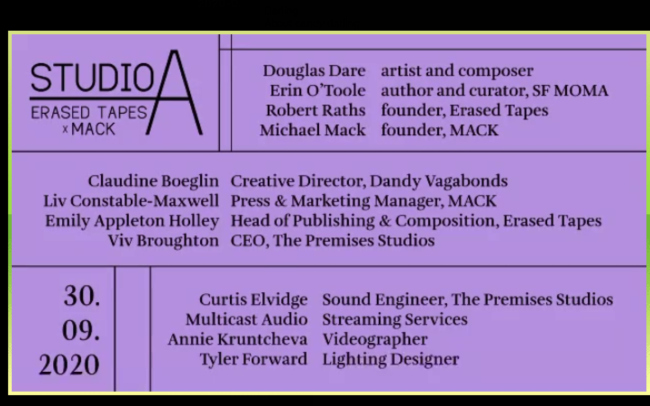 The gist is this: SFMOMA had an exhibition last year, (in San Francisco,) featuring a set of polaroids of a man dressed in drag.

They represented a persona, April Dawn Alison, who was adopted by a Bronx-born, Oakland-based commercial photographer named Alan Schaefer.

Like Vivian Maier, he lived and died unknown as an artist, and when the museum was offered a look at his posthumous archive, which featured more than 9200 prints, they jumped at the chance. 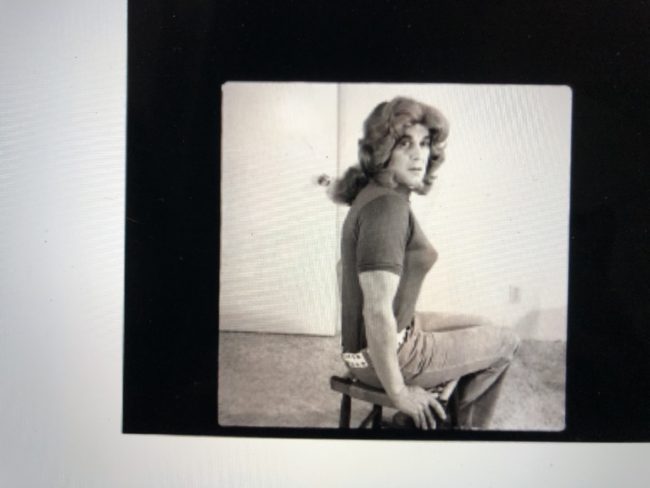 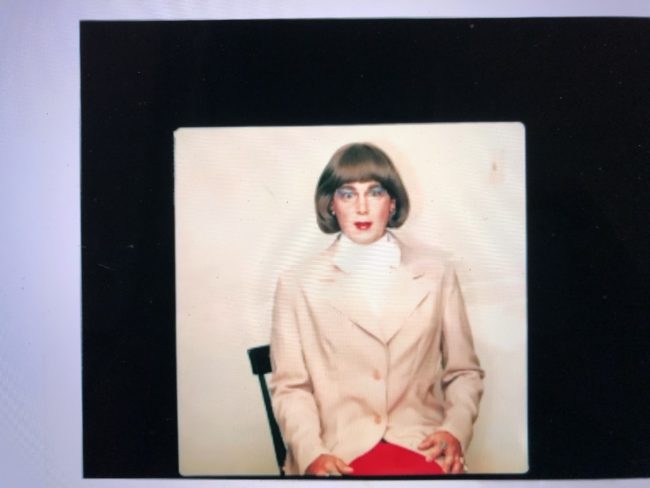 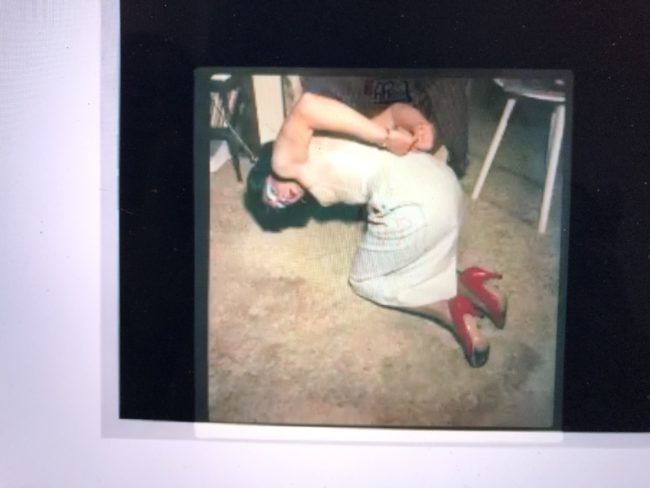 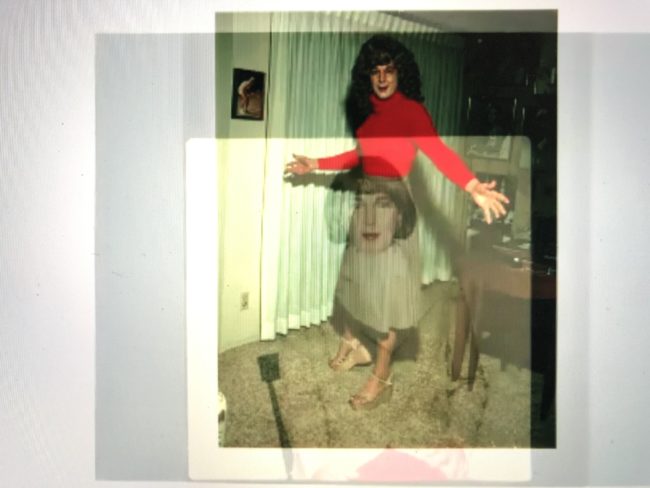 The curator, Erin O’Toole, (whom I once interviewed for the NYT,) put together a show built around the multiple mini-series that April shot, and then did a book on the project with MACK as well.

(So far, it makes sense, as museum shows are turned into books all the time.)

From there, though, things get perfectly #2020.

Michael Mack showed the book to Robert Raths, the German-born, London-based head of Erased Tapes, an East London recording label, and he showed it to Douglas Dare, a young, gay singer in his roster. (Who also dresses in drag.) 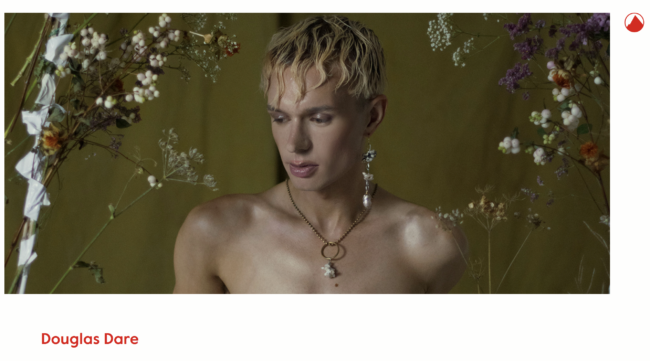 As a result, Douglas wrote three original songs based on the photographs, and yesterday, MACK and its partners put on a live-streamed concert, including a panel discussion, in which Douglas Dare debuted the music to a global audience following along on Zoom.

Which thankfully included me and my 8 year old daughter, who loves to sing and dance, in addition to play the keyboard, strum the ukulele, paint, draw, take pictures and sculpt.

(What else is a kid going to do in lockdown?)

Watching the performance, with her on my lap, was one of the best hours I’ve spent this year, and in a world devoid of much creative interaction, (IRL,) this was the next best thing for sure.

I know that Liv played a big part in producing the event, which she said took a year to pull off, which was also partly led by Claudine Boeglin, a French creative director who was on the panel with Michael Mack and Robert Raths.

The sat together, maskless, while Douglas Dare was off to the left at a piano, and Erin O’Toole Zoomed in from SF.

(Liv later sent me this behind-the-scenes image of everyone masked up beforehand. I imagine the panelists might have had Covid tests?)

I admit I haven’t seen live music in a while, and once wrote of acting like a drunk donkey at a Mississippi Hill Country Blues show in New Orleans, so one might say I was primed for something like this.

But the first song, “April” sent chills down my spine, it was so good.

I hadn’t heard Douglas Dare’s music before, but it was immediately engaging, and, frankly, perfect.

I made some quick videos of the screen, which I’ll be able to share with you via Youtube, and by the end of the song, Amelie was singing along, which I also captured. (She launched into “Who Let The Dogs Out” at the end, which I later learned was because she had just seen “Trolls World Tour”.)

There were interview segments in between, and Douglas said he tried to only go on what he saw in the pictures, and not to make too many assumptions.

“I love writing songs that are stories,” he said. “Getting a picture and then writing the songs feeds my creativity completely. Having the restriction allows you to play a lot with it. With April, there’s so little to go on.”

Erin O’Toole picked up on that thought, in her brief comments. There was no set of instructions left behind with the archive, so she had to make her own moral, ethical, and curatorial decisions about “what it means to show pictures that were once private.”

“The consensus was there was so much they offered to people who were living, who could benefit from seeing the pictures,” she said. “They cried out to be seen. What Douglas has done has reinforced that for me. If we hadn’t put these pictures out into the world, he wouldn’t have made these beautiful songs.”

The second song, “Your Face is Her’s,” was equally compelling, and the way the producers interspersed April Dawn Alison’s images with the concert was super-rad.

It amped up the emotional connection to both artists, as well as the bond between them, one living and one dead.

“She’s become an angel in my mind…and I wanted to do her justice,” Douglas said.

Speaking of the word bond, as some of the images featured symbols of bondage, my daughter asked, of April, “Did he get arrested?”

“Then what’s with the handcuffs” she replied?

Ever attuned to shock value, when I asked her at the end what she thought of the April Dawn Alison project, she said, “I thought, stop talking about this guy. So he dresses like a woman. So what? It’s not like he’s nude or anything.”

“Is that what you actually thought, or are you just trying to be funny,” I asked?

You know by now that I love linking columns together, and it was only two weeks ago that I discussed the male gaze, and the impact that it has on women, even at a young age.

So the above quote by my 8 year old daughter is telling, as she would have found nudity, by a man dressed as a woman, to be a whole other story entirely.

And the question also came up in the Q&A, when someone asked what the panel thought might have influenced Alan Schaefer the most, when he became April?

Erin O’Toole answered she thought it was “based on the kinds of images of women that Schaefer would have absorbed as person living in the US at that time. Images types you would see in noir films, or advertisements in magazines. He was mimicking visual tropes about women that were in the media.”

That her words were beamed from San Francisco, through London, and back to New Mexico via a vast array of undersea cables and internet routers, was never lost on me.

The whole hour was simply riveting.

Douglas Dare sang a final new song, “Camera” which was also terrific, before he ended with a previously recorded song that reminded me a bit too much of Radiohead.

And there was another question in the Q & A that really turned up the inspiration juice, (by asking how Mack and Raths made their creative choices,) as Robert Raths offered up some really great advice about his practice, which I think applies to us all.

“I believe in flow,” he said. “I believe in the natural power that guides my hand and my mind. I’m curious. I try to do as little as possible. I try to observe.”

“To not get involved too much, only when it’s needed. I’m really fine with that. But sometimes it’s really hard work to do almost nothing.”

He continued by saying “when I come across a project or idea, I try to make it as approachable as possible for as many minds.”

Michael Mack challenged him, by stating there was nothing “mainstream” about his record label artists.

“I try to guide people to the subject matter in the most effortless way,” Raths elaborated. “I always go with how my mind works. With what gets my attention. How much information do I need to get curious about something?”

When it was Michael Mack’s turn to answer, he said that he was often asked if he wanted to be more commercial, and his answer was, “I have absolutely no interest in that. It’s almost a luxury to maintain a focus that is on the specific things that interest me. Not to choose things for other reasons.”

“It almost sounds selfish. But that’s true. It’s what I think I can contribute to because I think it’s valid.”

Robert Raths concluded by extrapolating out of his own role, to ours, the audience.

“We all have talents,” he said. “There is no difference between the performer and the listener. Listening is a talent. Being in the moment and being intuitive is very important.

People don’t give themselves time to.”

So that’s where we’ll end today, in this column I couldn’t have dreamed I’d write when I woke up yesterday.

Yes, we don’t know what comes next.

But as I’ve exhorted you many times during the last 6.5 months of chaos and quarantine, get out there and make things. Share your thoughts with the world through your art.

And don’t forget to make time to listen, watch, and think as well.

The quiet can be a powerful teacher.

The Art of the Personal Project: Joe Pugliese 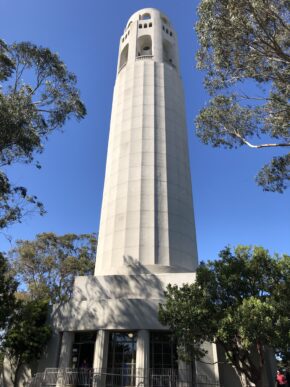