This series originated on a road trip from LA to Indiana four years ago.  I knew I wanted to make a series while on the road but wanted a focus.

I have always been most interested in sub cultures.  As an expat from the UK moving to America getting on for twenty years now the vast landscape you have here and the open road depicted in road movies has always fascinated me and fueled my photographic desire.

The idea for Women Truckers came to me before I departed Los Angeles when I was planning the series.  I ran it by a few trusted friends in the film business and started to write a series of searching question to ask the women drivers who I met at the truck stops.  I came up with a list of about 12 written out in a sketchbook knowing that this would come in handy when I was faced with someone I had never met and would provide context for the story.

I use my iPhone to record the interview and then later transcribe them into a text document.

My first stop was late in the evening driving out of LA near Ontario on the 10 freeway.  There was no light left for a daytime exterior shot so I headed inside the truck stop and had a good scout around.  I got some strange looks from people inside as I had a vintage film Hasselblad 501 cm hanging from my shoulder and a light meter, which people always wonder what it is.

On my first look around a real working truck stop I realized this was predominantly a man’s world.  There were a plenty of men eating junk food, looking for spare parts in the store, paying for gas.  Then I discovered that they had areas for showers and washing clothes.  I was discovering a new underworld where drivers, men and women lived out of a suitcase on the road for around three months at a time.

Women truckers would be hard to find, they are about one in twenty on the road.  I found a games room with pool table and sitting there in this sparse dimly lit room was a women and her young daughter who was wearing headphones.  I opened the door, walked in and plucked up the courage to ask her if she would mind having a portrait taken and if I could ask some questions about being on the road and a female. Regina Campbell and her daughter Shelby who rode with her in the summer turned out to be open to my request.  She too was heading to Indiana so we discussed route to break the ice.  It turns out she has been driving for seven years, has a BA degree in sociology and formally worked in law.  One point she made stuck with me in her words “ its one of the fairest places for a female to earn what a male earns”.  She then told me many of the solo women drivers stay in their cabs and don’t come out at night for safety.

Regina was my first subject and over a period of about four years I now have about twenty-five subjects and interviews.  Once I did a commercial shoot in New York and booked a one-way flight knowing that I wanted to drive back to Indy in a rental so I could make more truck stop portraits.  Always with these kinds of portrait series you get quite a bit of rejection and resistance.  There were times I spotted a woman who had an interesting face or who seemed like a character but they were not interested to be photographed or talk.  That’s when you can feel deflated and start doubting your idea.  Then you find someone who is really open to it and can’t stop talking and you are back on track.

My first edit seemed a bit monotonous just having portraits only.  Luckily in most of the stops on the road I captured landscapes and details to tell the story of the road and show the truck stop as an American subculture.  I would drive through the entrance which said trucks only and park my car right next to these huge 18 wheelers and start shooting details of trucks and anything which I thought was worthy of setting the scene to go alongside my portraits.  Many of these wider shots included men, which I think is ok because they are a big part of this landscape.

Four years later and I’m still editing and pairing landscapes with portraits and wondering if this or that is a good shot.  Finally it was time to show this work and get some feedback from editors like Suzanne.

I continue to shoot this subject and I have a whole binder full of color negatives of women truckers and the truck stops landscapes.  One day this could turn into a larger body and printed book.  I plan to make a zine next of some of my favorites to try it out in print and start paring up more and seeing if I have something worthy of ink.  If anything it has been an exercise in documenting culture for me and I have learnt a great deal from talking with these strong women about life on the road. 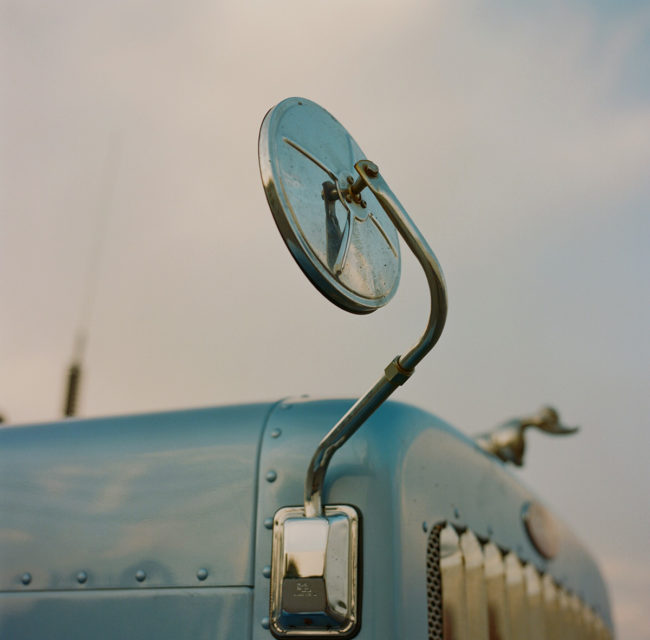 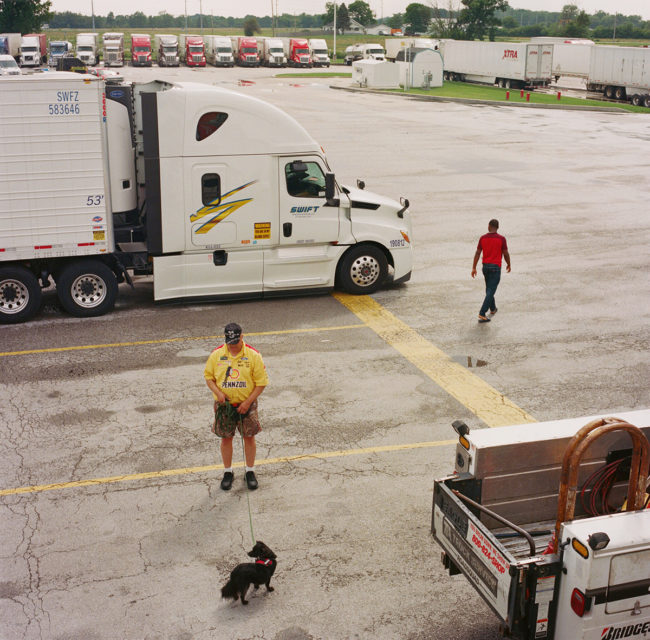 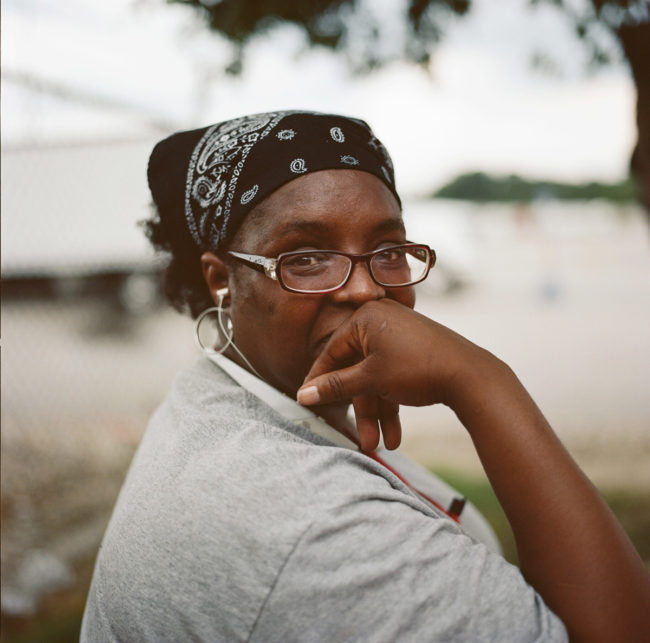 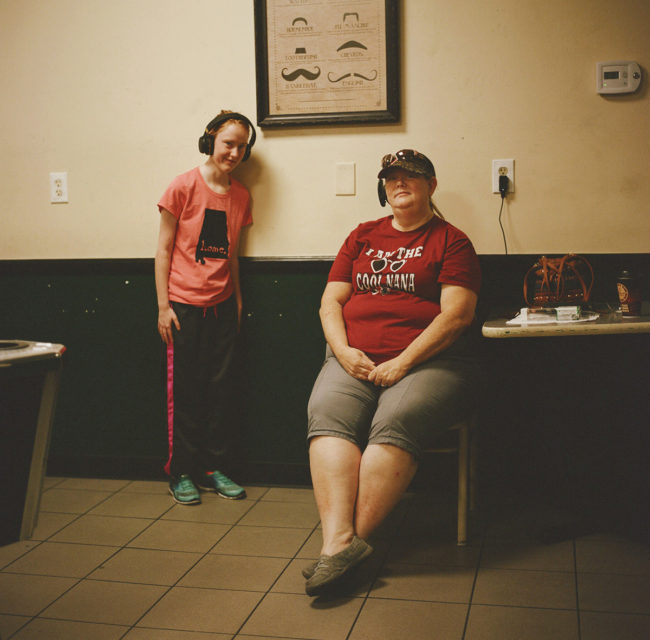 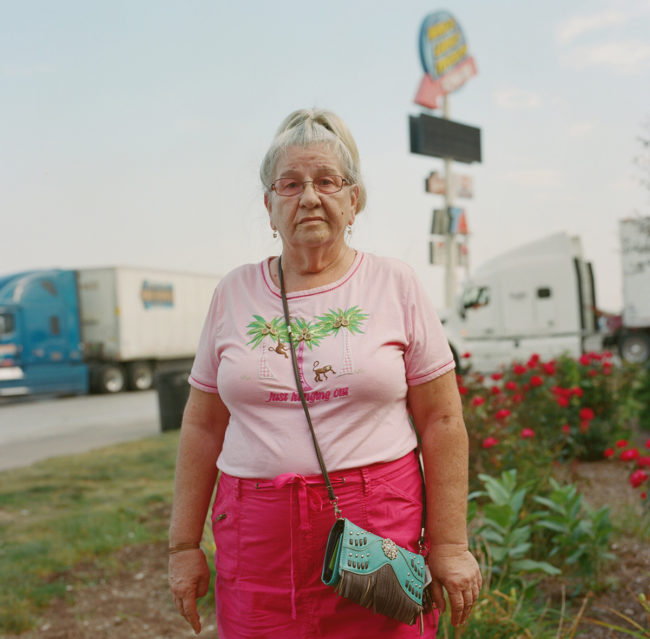