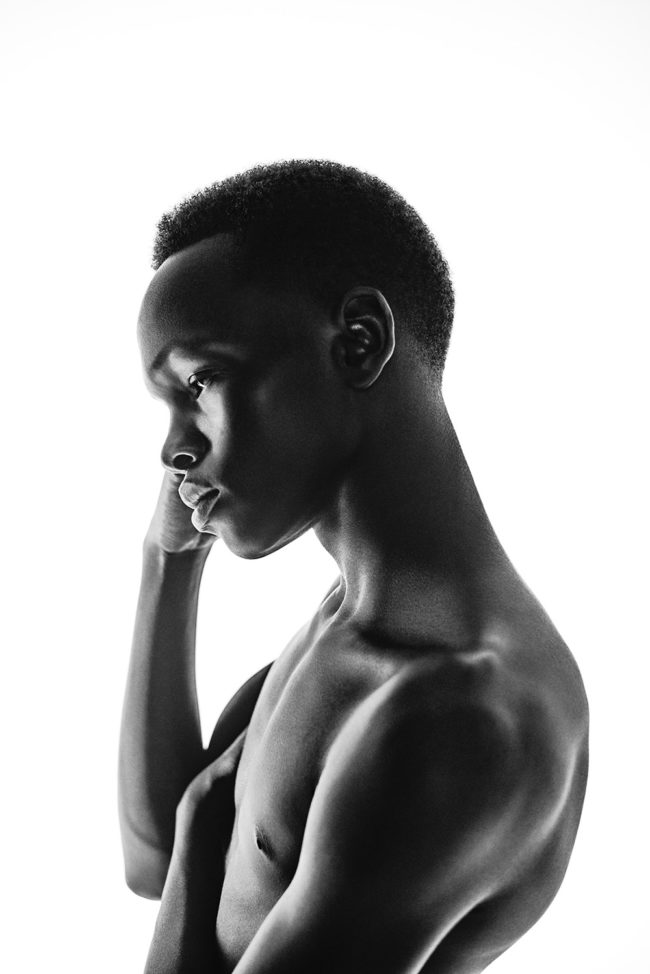 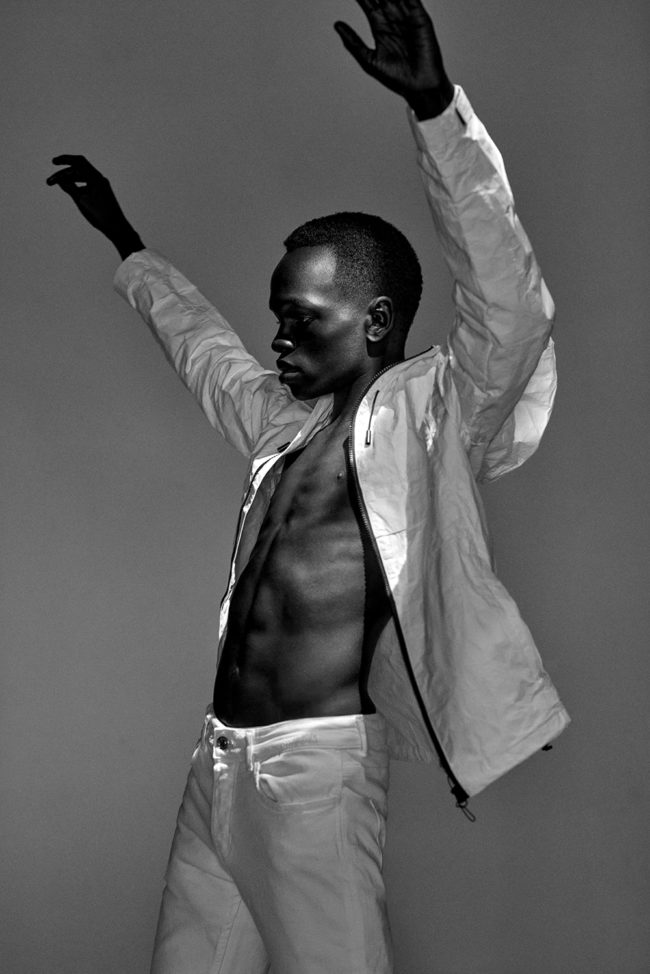 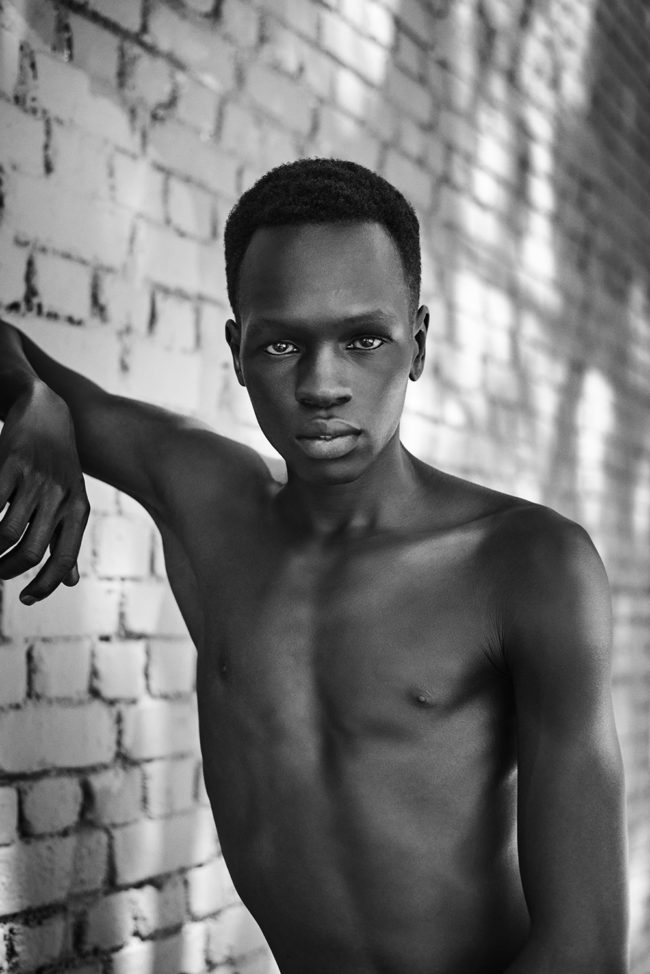 Heidi: Why did you create that series, Marwang?
Cedric: Last fall I set out to capture the beauty and diversity of black skin, which is poorly represented and rarely celebrated in mainstream media. I wanted to create a project focused specifically on that. I’d worked previously with another model with a rich dark complexion and Marwang was on the same roster and riveted my attention. The conversation during our shoot was insightful; I was curious to know what kind of projects he typically worked on and whether the industry really understood how to represent models like him. And it was clear that the industry needed to do more. To do more than treating black representation as a trend. It was a reminder to me that this work was important.

What was your creative vision, I know you styled and also cast this project?
For this project I was drawn to the idea of contrast, so I pulled white and reflective wardrobe for the studio shots. I offered some direction for him to be physically expressive, and he responded by dancing. His movement through the light made each shot different. For the naturally lit images I actually used an ND filter to create a more dynamic image and really draw on the richness of his skin. 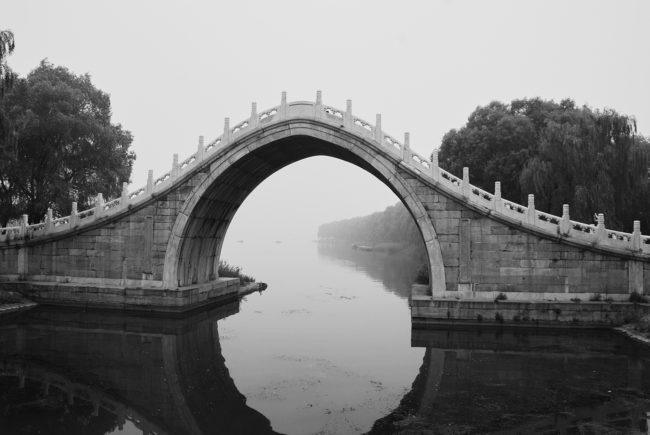 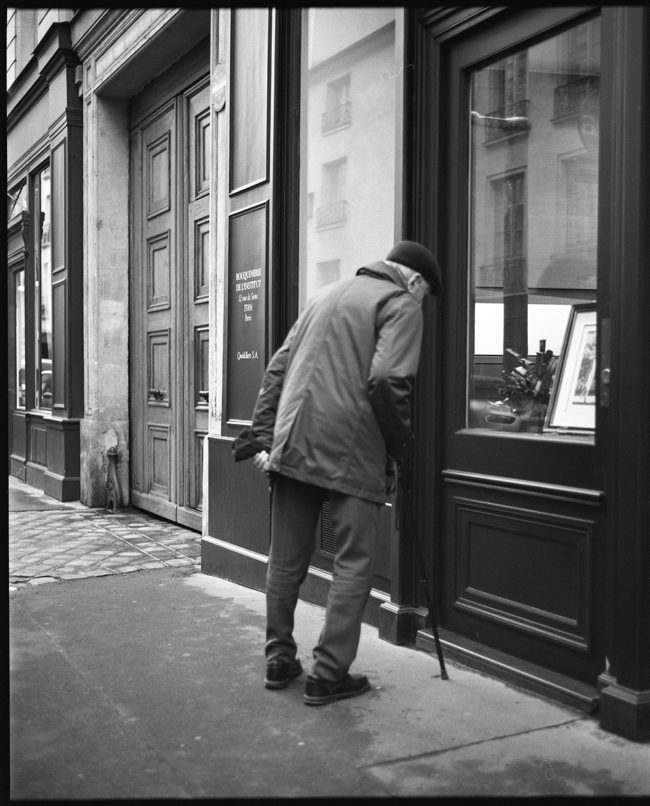 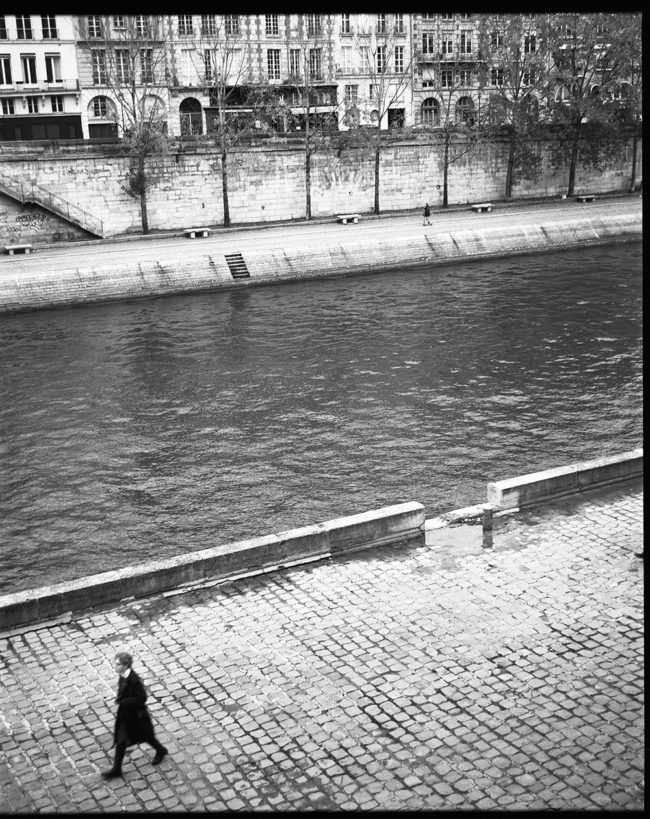 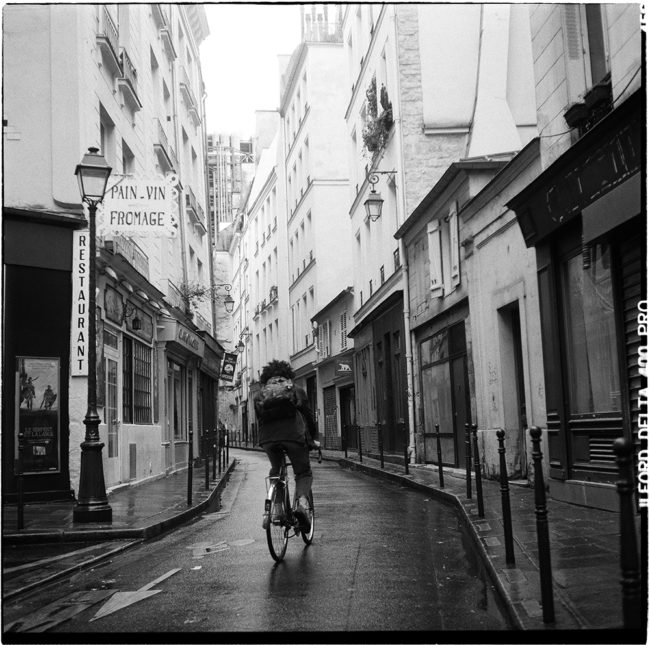 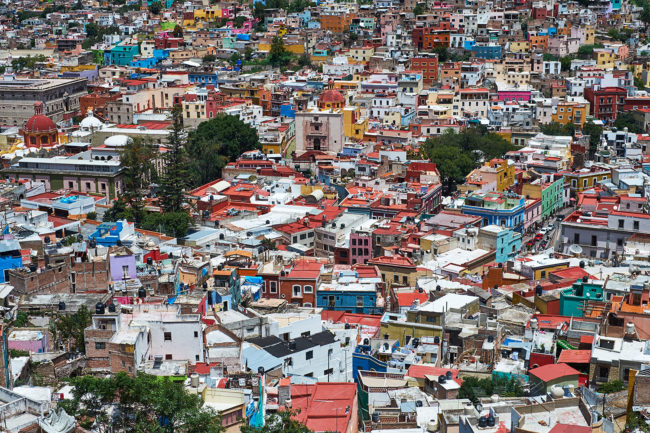 How did your photo career begin?
I took up photography as a way to share my journeys abroad with family and friends back home in the states during my time as an active duty Marine in China, El Salvador, and Morocco. But it also became a creative outlet in an otherwise restrictive environment; I felt freedom behind the lens. The Don’t Ask Don’t Tell policy was still in place during my time on active duty, and photography gave a true voice and allowed me to fully express myself in at least this one part of my life. The camera gave me a home and grounding when everything around me was foreign and temporary. Putting a lens between me and the people I encountered actually brought me closer to them. It wasn’t until years later that I realized that I could make a career out of it. So I taught myself technical skills and started to build a portfolio.

What was the catalyst for your start abroad?
My time in the Marines ignited in me a passion for experiencing the world. I documented everything; cultural sites and heads of state to local people in remote villages. I was constantly learning, absorbing, and inspired by the beauty of life and captured every detail. After establishing myself as a photographer I was eager to use my skills to build an international presence. The work I do abroad these days is often reportage, fashion or beauty. I’ve focused my international energy on working in places that inspire me, especially Mexico, France, and the UK. I feel fortunate to be able to blend my curiosity about the world with my livelihood in photography. The pandemic has thrown a wrench in those ambitions, but I am hopeful that the world will open up again and we will be stronger as we reconnect face to face.

How does your military experience influence your work today?
From large scale productions to streamlined minimalist studio portraits, I love the complexity of a big idea and the refinement of simple elegance.  I think my time in the Marines sharpened my attention to detail and ability to work under pressure. I find myself always problem solving; just in case. Because having a few tricks in your back pocket in case something doesn’t go as planned on set it alway a good thing. I also see my time as a diplomat influence my ability to work with high profile subjects. 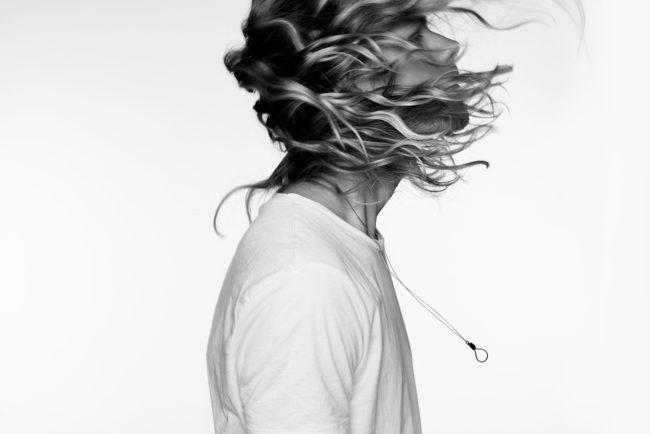 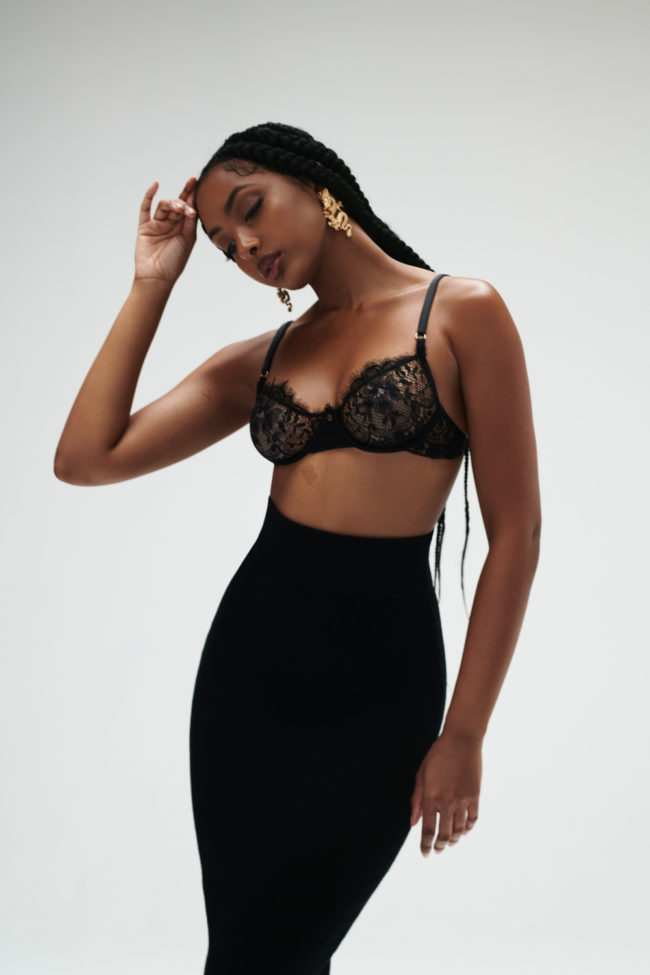 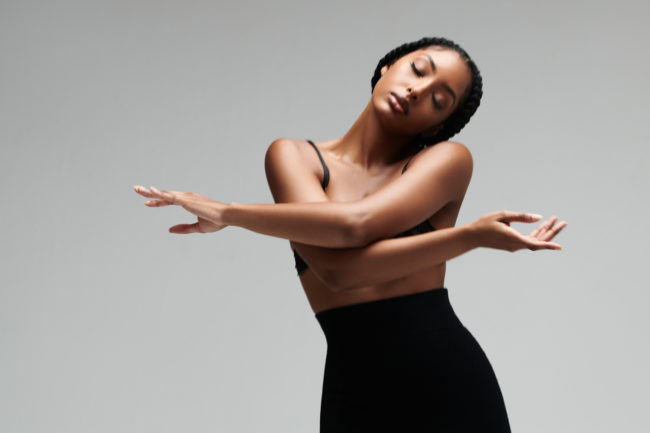 How were your portrait skills informed?
Because I always had a camera on me during my time abroad in the Marines I was quickly appointed as the unofficial photographer for the units I joined. With that came a responsibility to maintain the official headshots for each Marine unit. I had no portrait experience before that, and that experience gave me a great crash course.

Today those same early portrait skills have been influenced by the likes of Irving Penn, Gordon Parks and Jerry Schatzberg. I look to the clarity and simplicity of Penn’s approach. Portraits of the strong, graceful, and sensual bodies of both men and women are my continuation of his implicit challenge to see feminine and masculine as one. Even in commercial work and anonymous work I seek to express the precision and intimacy that his images teach. 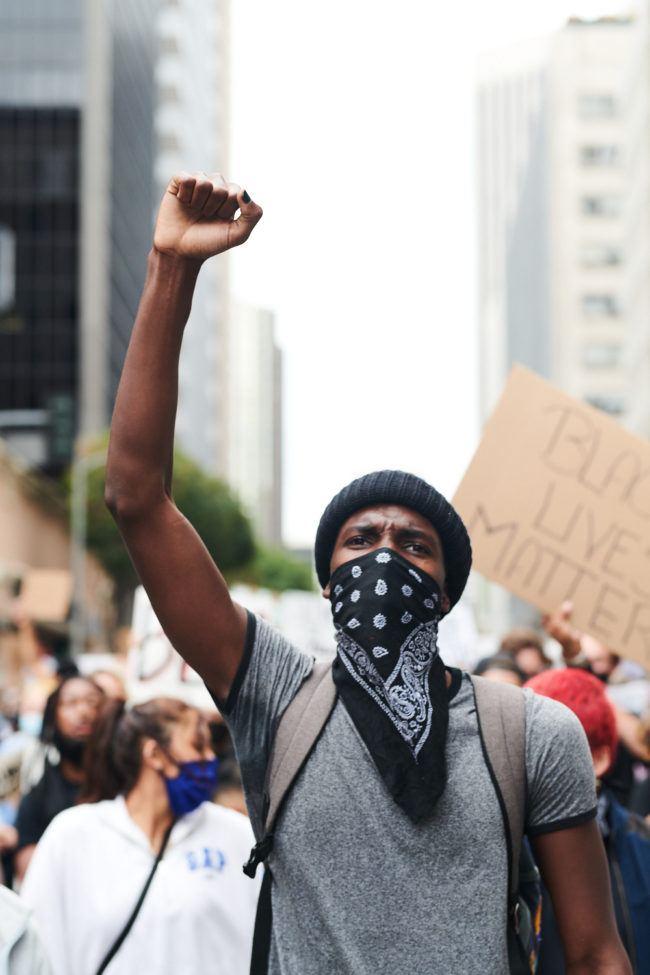 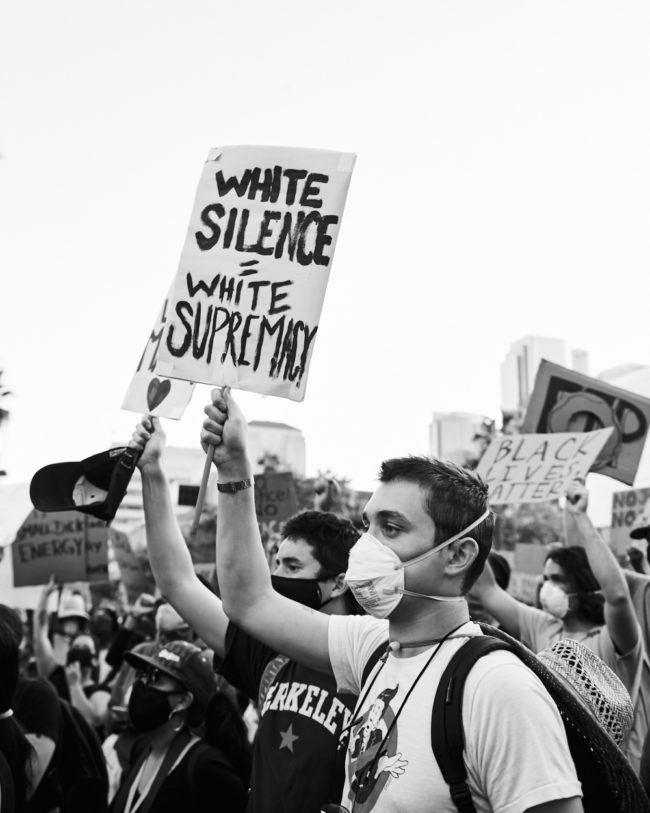 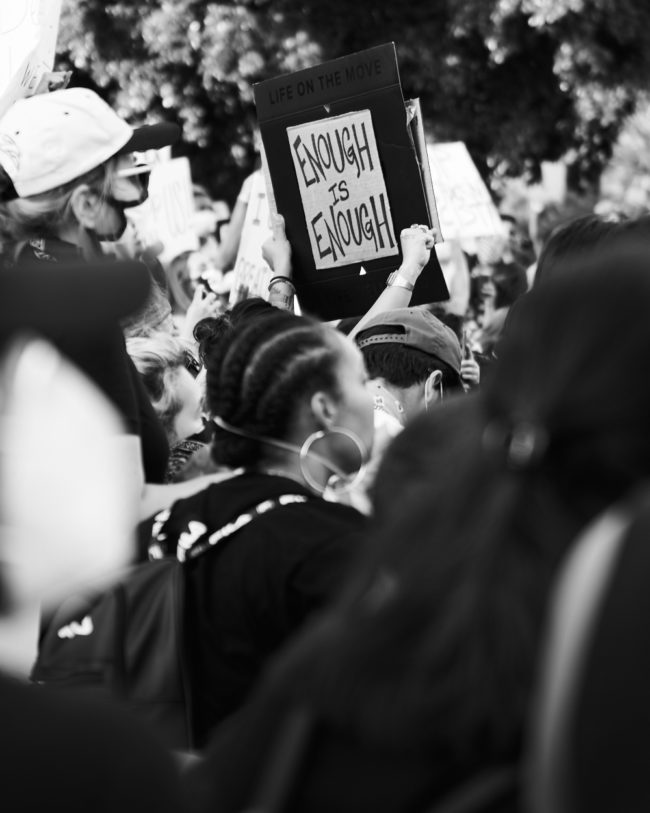 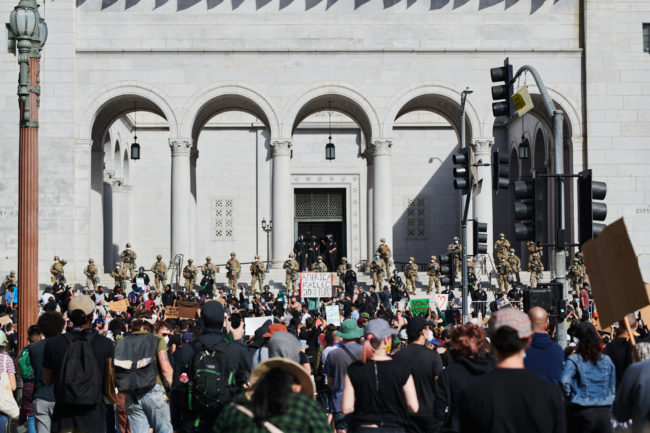 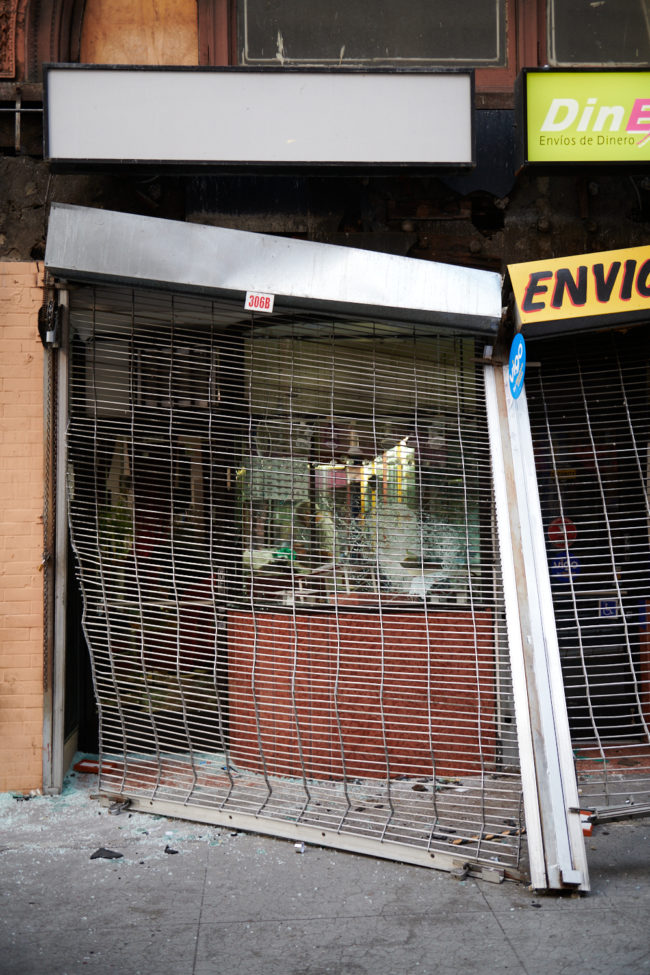 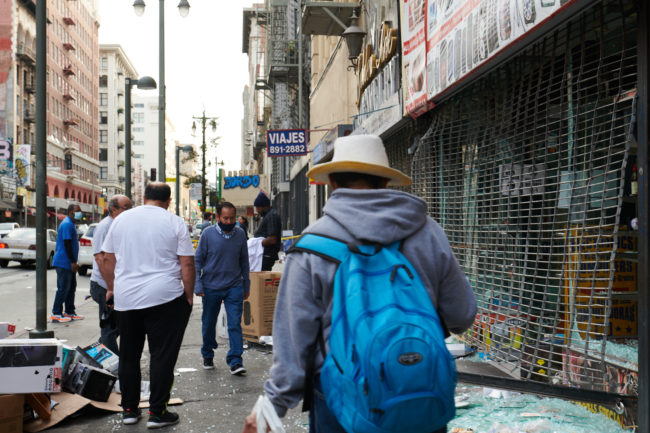 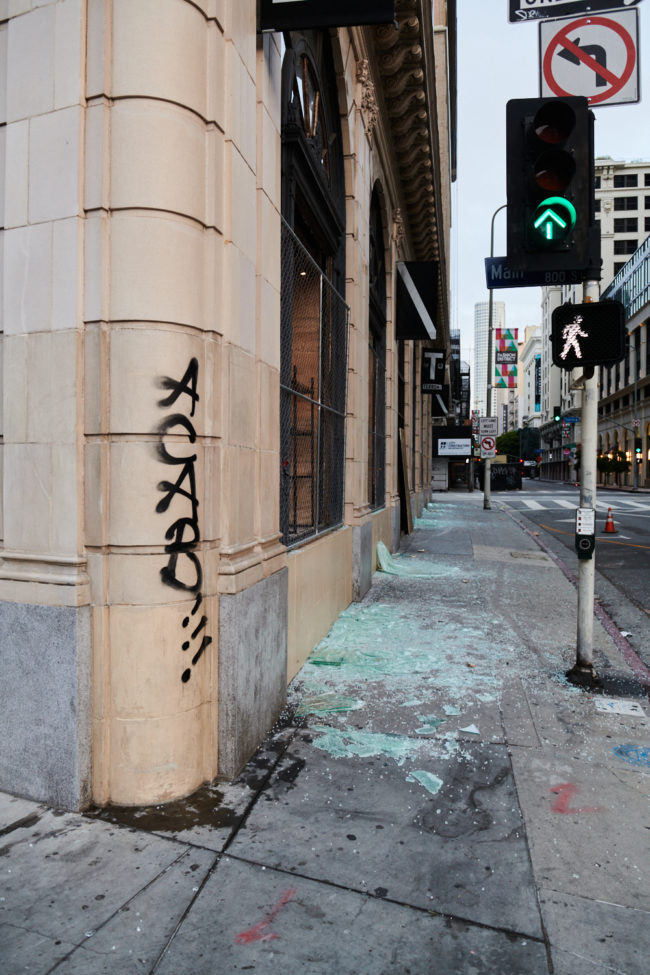 You witnessed the the peace and the aftermath of the protest, can you share the two very different experiences?
I live in downtown Los Angeles and so was immersed in the initial uprising in response to the murder of George Floyd. The constant and overwhelming presence of police sirens and helicopters was almost unbearable. There was so much uncertainty about what would happen or when the violence outside my window would end. Needless to say, very little sleep found me that first night.

As I saw the sun start to peek through my window, I decided to sneak out of bed and go out and see what the city looked like. And I wasn’t prepared for what I saw. Armed with my camera, I documented my neighborhood: the remnants of burned trash cans and cars, and shattered store fronts in every direction. I couldn’t help but notice that many of the damaged shops were owned or operated by people of color and had been looted by people for reasons likely having nothing to do with the cause of racial justice.

How did you take ownership of the situation, by documenting it?
Documenting the aftermath of the initial violence left a touch of sorrow on my soul. I knew this destruction would cast a shadow over the massive uprising and critical issues at hand. But I wanted to bear witness; it felt so important. But in the days and weeks to come, I would also bear witness to the growing mass of humanity coming together in peaceful outrage over the tragic murders of George Floyd, Breanna Taylor, and so many others. I felt part of this movement by joining the protesters in the streets – not just a photographer documenting from the outside, but as a protester myself, capturing this movement that would change the world.

How does that experience linger for you today?
While the immediate unrest has settled and the size of the crowds in Los Angeles have gotten smaller, there is still so much work to be done. We all have a responsibility to use our skills and tools to witness and participate in this moment. The pandemic has made this moment harder; it’s tempting to feel helpless at times as our communities are under siege from so many different directions, and it’s difficult to know how to connect with each other and make a difference in this disorienting time. But being among the protesters reminded me that there are so many people all around us who deeply care and are willing to make sacrifices to uplift others and fight for them.