This Week in Photography: Searching for Hope

We’ve reached a point in our history where there is no longer any such thing as “our history.”

How do I know?

Because the statues are coming down, and the guns are going up.

This week, here in New Mexico, someone got shot at a protest in Albuquerque.

A protest in front of an art museum, where a bunch of protestors were attacking an intricate sculpture that had been dedicated to the colonial history of the Spanish conquistadores.

I stood in front of the art piece, in 2018, filled with awe, because it actually contains an entire wagon train, filled with all sorts of colonists, and pack animals, and also includes the family names of all the Spaniards who crossed the world to take over New Mexico. 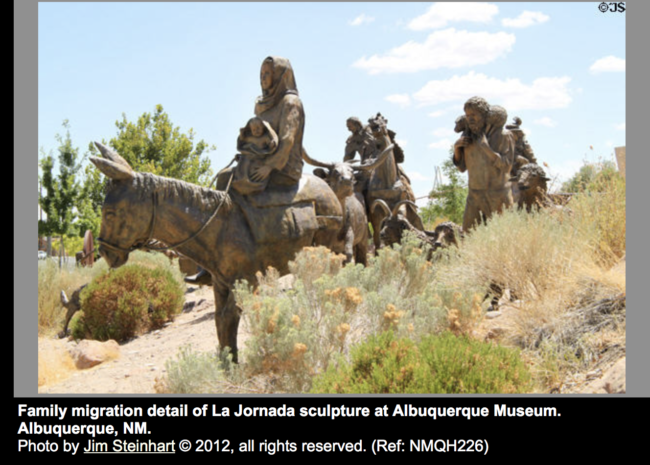 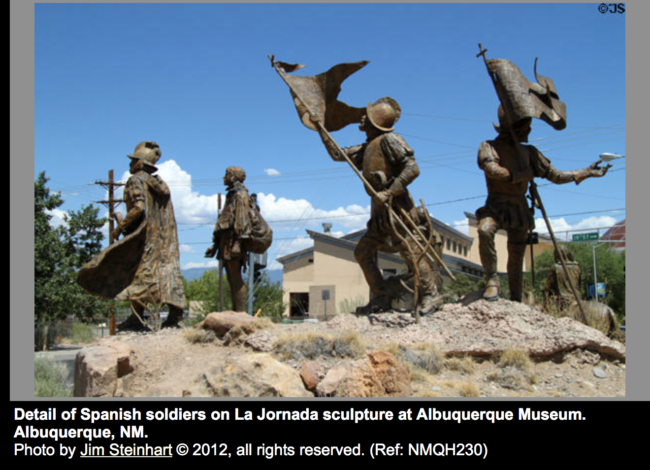 The protestors were mainly interested in the lead guy, Juan de Oñate, who colonized New Mexico, massacring the indigenous population as a result, including chopping off the feet of many a Native American.

The guy was a monster.

But for centuries, he was revered by the Spanish-descended locals, and despised by the Native Americans.

As I’ve written here before, then the United States came in, took the land from Mexico and the Native Americans, and became the enemy of both.

But at this protest, there were apparently some heavily armed right wing counter-protestors, calling themselves the New Mexico Civil Guard, who menaced the left wingers with the implication of violence.

Which then became actual violence when a right wing Latino shot someone.

And then people asked, where were the police?

Except so many of these protests have been about defunding the police, when they haven’t been about our criminal President, or systematic racism.

People are shooting in the streets to defend one set of stories against another.

And to be clear, I have no love for Oñate, and think it’s wrong to deify monsters.

I’m just saying, we’re way, way past Rodney King’s cry of “Can’t we all just get along?”

As I joked in the column two weeks ago, George Washington is now seen as a bad guy, for owning slaves, despite the fact that Americans have revered him for centuries as the father of this country.

I’ve written many, many times that American society was built on the twin evils of slavery, and the genocide of Native America, but that history, (Howard Zinn style,) is now in a war with the one that believes White Christians have always run the show, done what they wanted, and expect to continue with that deal, such as it works for them.

So I ask you, where do we go from here?

Without any sense of a unifying force, how does it get better?

Where is the hope?

That is the question I asked myself today, searching desperately for a column idea, because deadlines are deadlines.

Inspiration came, from the most unlikely of sources.

Instagram, brought to you by Mark Zuckerberg, a man who loves money and power so much that, even as a Jewish-American, he has no compunction against empowering the kind of right wing psychopaths that would like to see all Jews dead.

I was scrolling through Instagram, literally grasping for any sort of hope, and there it was.

Just waiting for me to notice.

Because, as you don’t know, one of the absolute highlights of my trip to Amsterdam last winter was the time I spent at KETURA, a super-hip streetwear shop, and I came home with this awesome, gender-neutral jacket, that may or may not make me a cultural appropriator every time I put it on.

I’d heard that there was a ferry to take me to a photo museum in Amsterdam, and I knew it left near the back of Central Station, because I saw the boats on my desperate search for a bathroom. (Previously covered.)

So as I was walking through the station, on a a fact finding mission, my eyes were Shanghaied by the amazing, colorful fabrics I saw in a blur to my right. (I was walking really fast, hence the blur.)

I immediately changed course, and headed right inside the shop. As it happens, there are some amazing streetwear stores in the middle of the train station, including the uber-trendy “Daily Paper,” where I also got to know some of the folks. (Including a cool guy named Godsend.)

But as soon as I entered KETURA, I saw the owner, Jennique and a her children, hanging out. 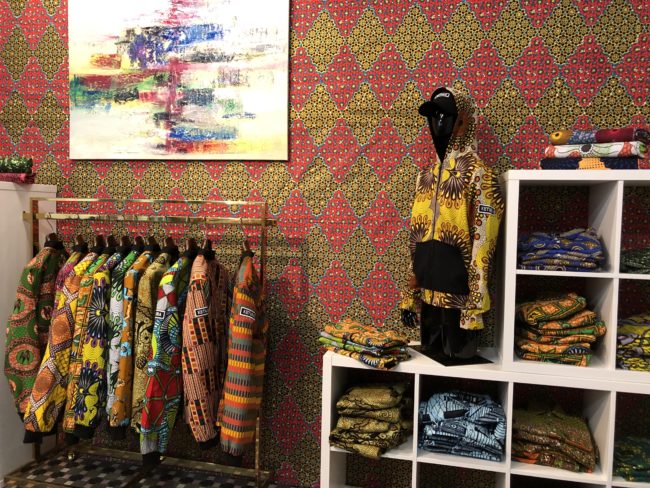 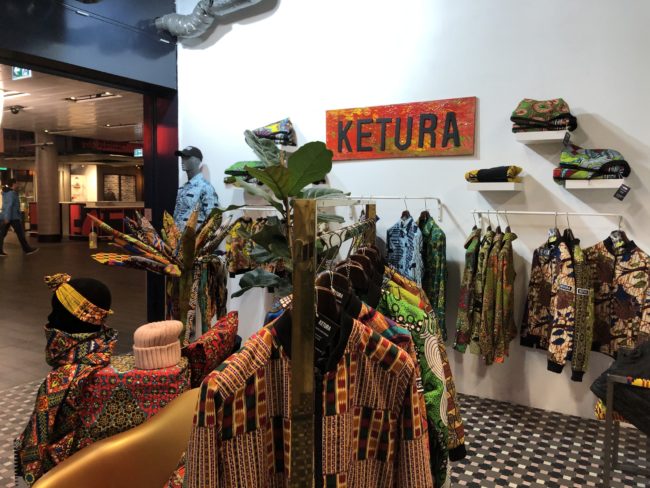 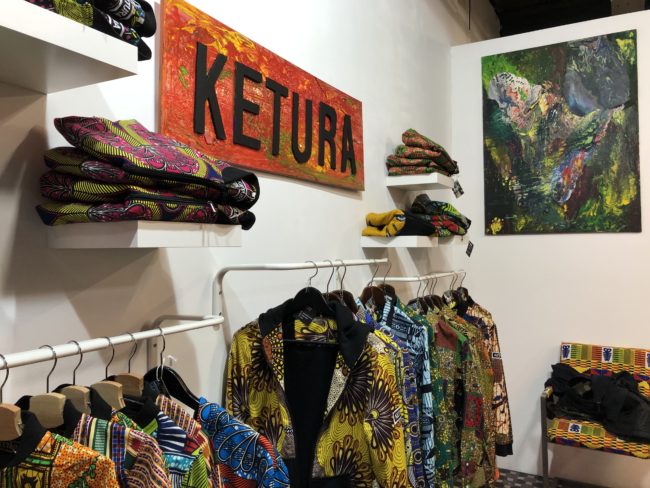 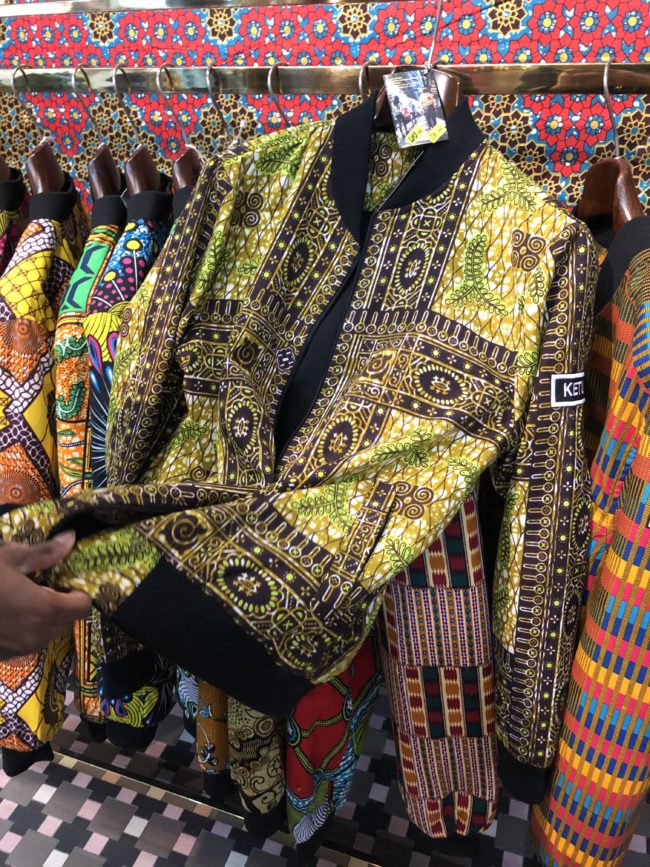 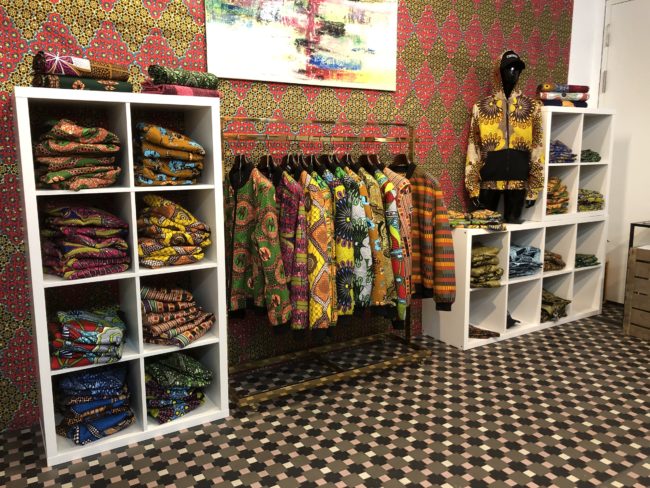 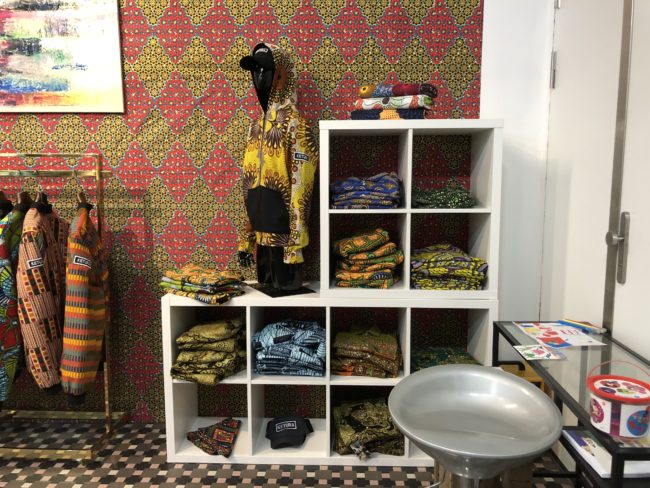 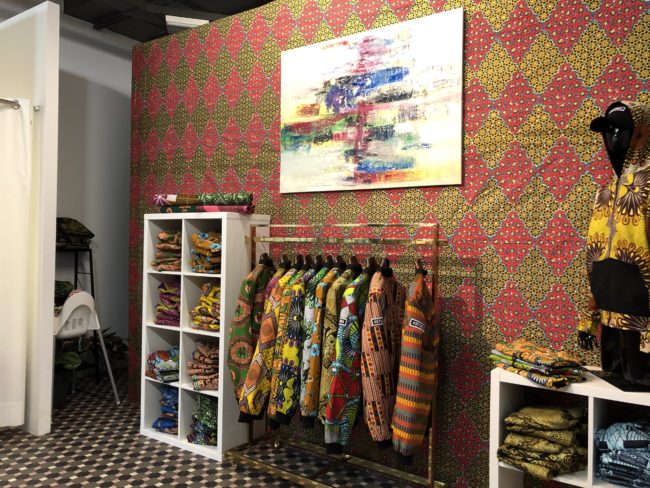 She could not have been more friendly, grounded, and cool if she tried.

I began trying things on, just because, but they were mostly too small for me, as even though they’re unisex, they’re (probably) more intended for women.

As the Instagram post states, Jennique is Surinamese, as the Dutch colonized the South American country years ago. And she actually lives in Antwerp, Belgium, and commutes to Amsterdam, where her twin sister lives.

Her husband is Moroccan, so his North African country was colonized by the French.

The kids speak Dutch/Flemish, I think, or maybe just French, but probably both.

They don’t speak English, so while at first they were suspicious of me, as I kept smiling and being nice, eventually we made friends.

While I was chatting with Jennique, at one point, she got distracted, and then distraught, as a man was “this” close to stealing some of her things, and running, but she stopped him at just the right moment.

I asked her to hold the one jacket that fit me, as I was headed out on an adventure around the city, and then I came back later to buy it.

She gave me a beautiful orange scarf, as a gift for my wife, and then I went back the next day to buy a big piece of fabric to protect some of the leftover sheets I took back from the printer. (So they wouldn’t get ruined in my luggage.)

Of course, I’d already dropped the book pages once, in the Utrecht train station, while I was trying to protect them from the rain.

(So I guess I just didn’t want to get them MORE ruined.)

Jennique and her sister were so nice, and positive. Hanging out in the shop, chatting about fashion and art, and making smiley faces at her children, who could not understand a word I said, was an energizing experience.

It was the absolute pure essence of how humans can make each other better, and stronger, when we value difference, and look for connection.

And she assured me the jacket looked good on me, and that I could pull it off. (Also, I told her I’d let my wife wear it sometimes.)

Before this moment, I haven’t worn it once, because there has been nowhere to go, the last few months.

No cities to prowl.
No parties to attend.
No hipsters to impress.

Oddly, all the things I tried on next door at “Daily Paper” didn’t look quite right.

The colors, while stylish, didn’t match my skin tone.

And now that I get all their ads on Instagram and Facebook, and see all their models are Black, I understand the clothes aren’t (really) meant for me.

What about my KETURA jacket though?

Do I pull it off?

While America is clearly not the melting pot we were promised, do we have any hope for a better future?

If so, we need to look not to our politicians, but to our artists.

The Art of the Personal Project: Aldo Chacon