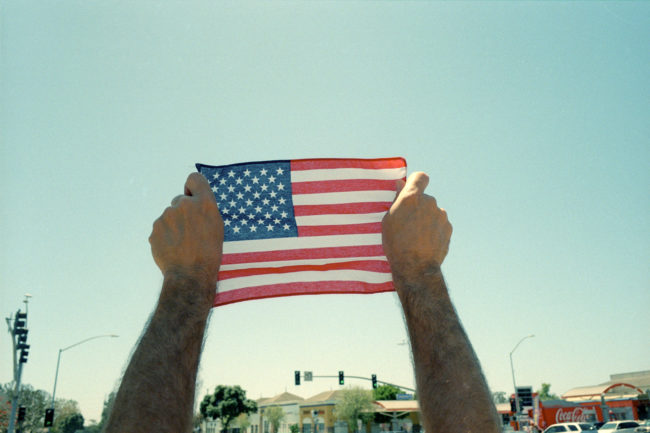 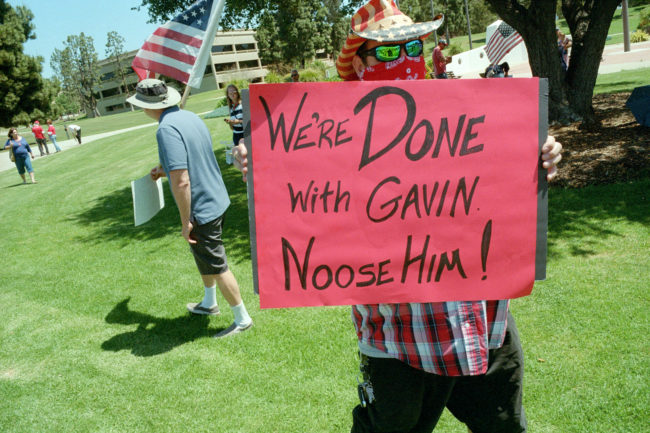 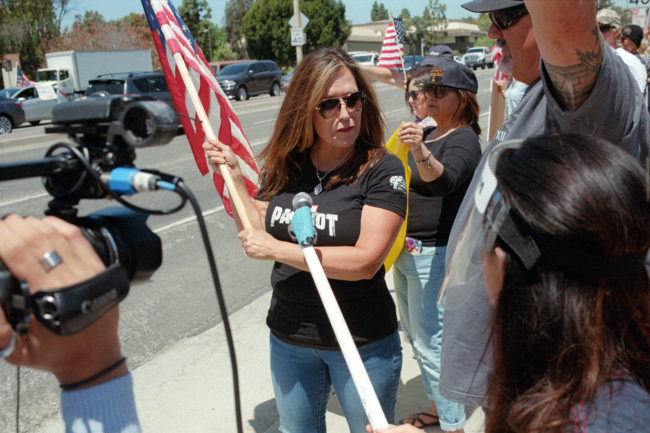 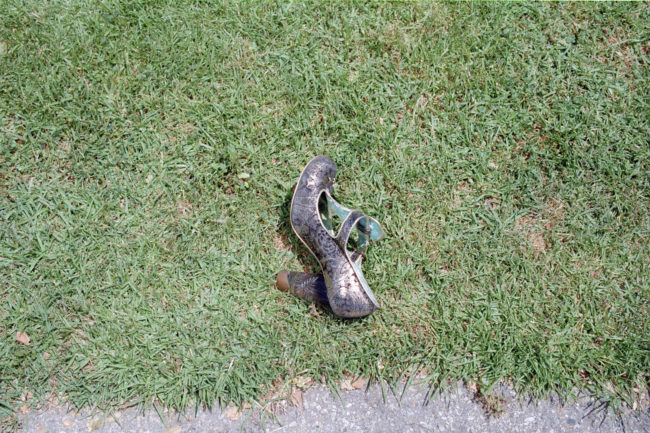 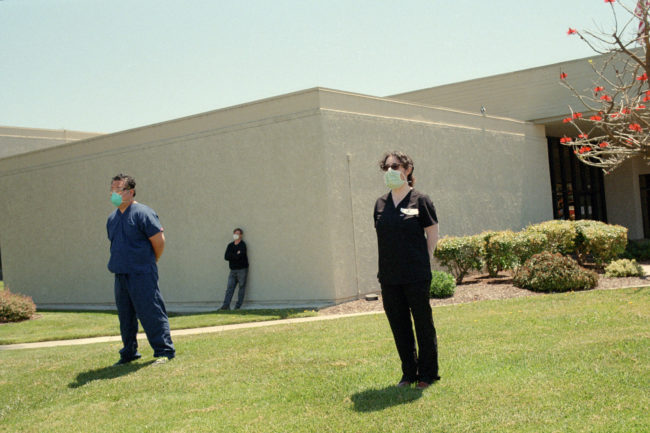 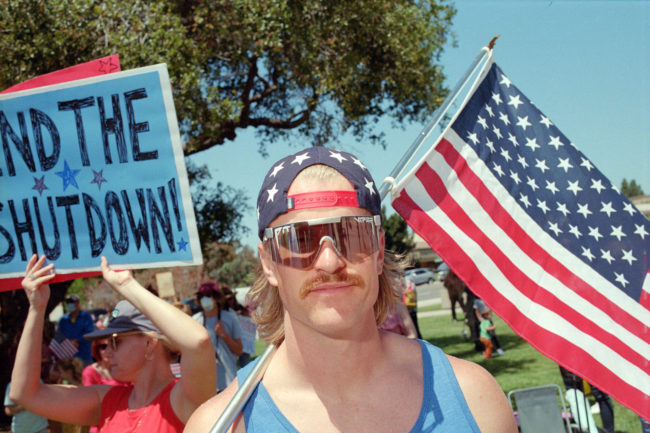 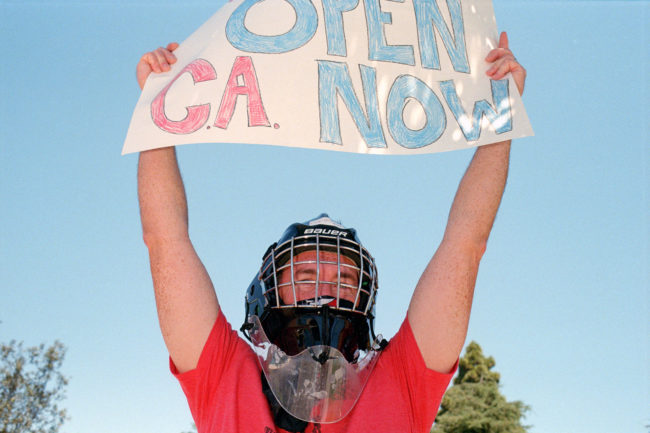 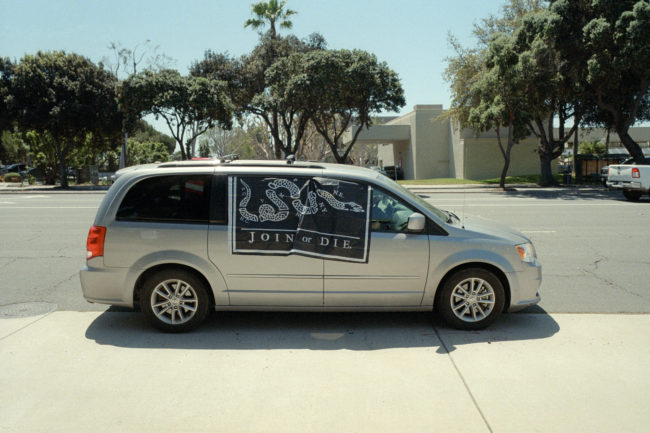 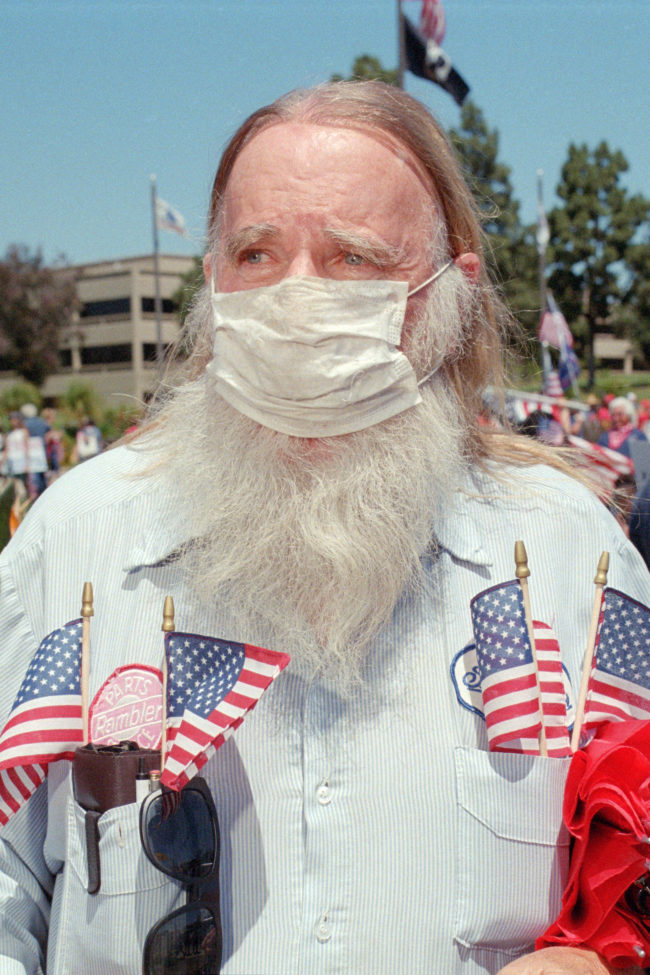 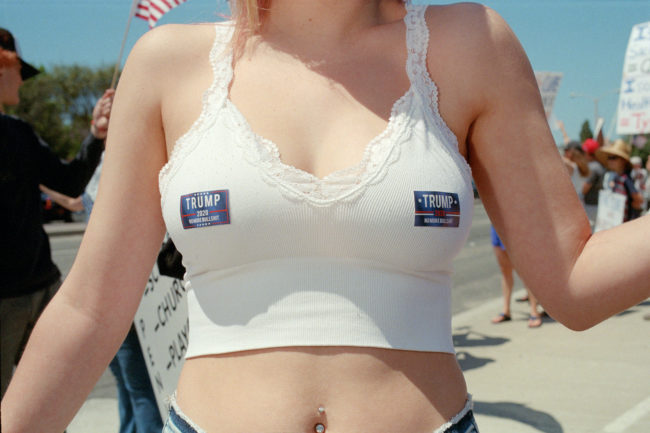 Heidi: How did you protect yourself while you were shooting?
Angelo: I wore a mask the whole time but skipped the gloves as it would have been too hard to handle my cameras with them. Longs sleeves and pants were essential, and upon returning home I washed my clothing and disinfected my gear immediately as it was very difficult to keep with social distancing in crowds that don’t respect that advisory. I only went in close for shots when absolutely necessary, but I tried to not let that dictate my flow.

How did you approach people since you didn’t have a media pass?
I’ve never had a media pass I didn’t make myself. I honestly treated it as any other day out on the street. I have been photographing strangers in public for 7+ years and am very comfortable approaching people and taking close photos. In this case, I felt people knew I wasn’t there as a supporter as much as an observer.

Did you get any resistance from the protestors?
I didn’t get a ton of resistance, but I did get a lot of questions. I was accused of being media by several different people because I was protecting myself with a mask. People asked if I was selling photos to China or working for China. To go back to my country, which is America. You know, the normal stuff you hear when you cover something like this and don’t fall on their side of the fence. I kept calm and rational and told them I was there because it was interesting, nothing more.

Were you concerned for your safety at any time?
Never.

How did photographing this protest push your work?
I’ve been working on this project since 2016 and because it’s been going on for so long, it has really pushed me to go to events where I don’t support what they’re doing. But to be honest to the project I have to see both sides as it’s part of the greater story. So, it pushes me personally as I wouldn’t be at an event like this if I wasn’t taking photographs.

How do you approach a project like this, do you think about your body of work, and then create a shot list?
I do not have a shot list in my mind before going out as I think it can stifel my creativity and close my mind to pictures that are in front of me. I usually find greater success when I have an open my mind and listen to my gut. I try to shoot first and edit later. If it’s interesting I try to put a frame around it. I don’t see this body of work as a whole yet, nor am I at a place where I can fill holes. I think my bucket is close to half full with a lot of work ahead.

Since you are shooting only film, what are the advantages?
I don’t know if there is an advantage, but definitely a preference. The look, feel, and tangibility of the negatives far outweigh any advantage digital would give me.

Do you keep a mental checklist of what you’ve photographed and do you take longer to frame up the image?
I think not being able to review my images keeps me in the moment, and constantly scanning for the next image which is good. I might take 5 frames at most on an amazing scene, though it’s typically 1-2. Like all photography, it’s a numbers game, but I think shooting film increases mine.

This Week in Photography: Now & Then