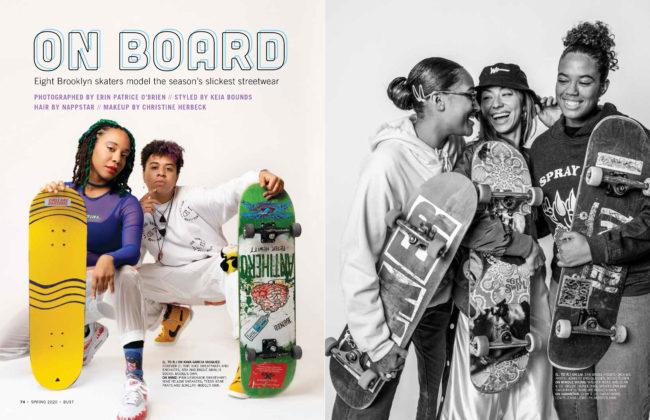 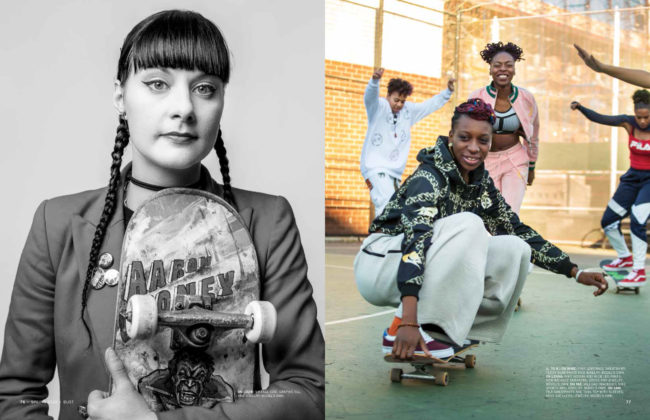 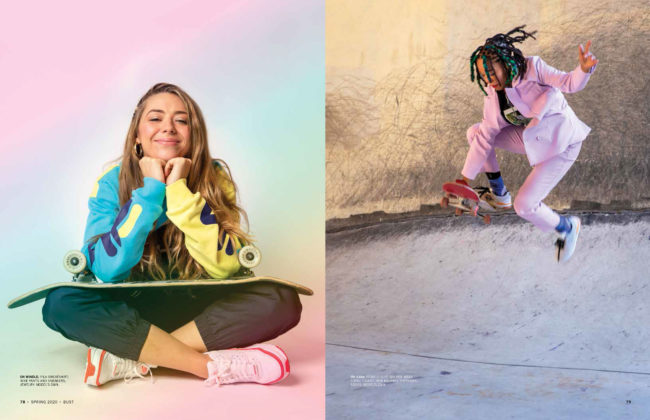 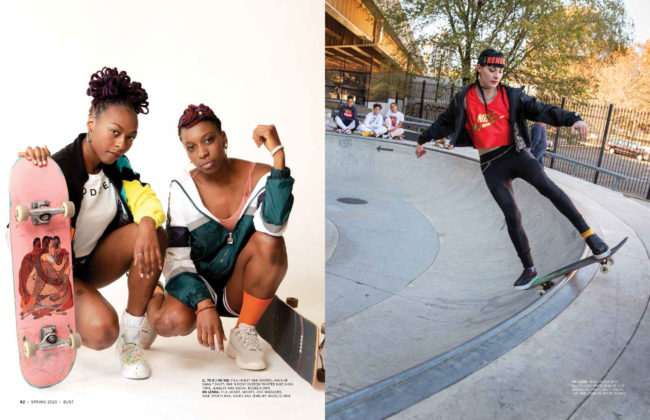 Heidi: How did Portrait of a Skateboard develop?
Erin: Portrait of a Skateboard developed because I became aware of the female and non- binary skate community through my daughter who skateboards. She was one of the only girls who skateboarded at her middle school at the time. And she was not comfortable going to the skatepark. The skateparks tend to be filled with mostly boys and men so it is intimidating for a young girl. I don’t skate and I have never been coordinated athletically. Maya, my daughter is pretty good for her age and it seemed like a waste that this was such a barrier. But it is. I found out about some organizations like @QuellSkateboarding and Skate Kitchen that had skate sessions for women and non- binary skaters so I brought her to one in New Haven, Ct.

When we arrived she and her friend looked at the scene said, “Mom, No. Let’s go home. “ They were shy. It was an oasis of women skating and I was completely drawn in, wanting to document everything. I walked up to a woman who looked pretty good and asked her to help my daughter. Her name was Jules Moriah. She immediately agreed and took Maya and her friend Kaitlyn to the ramps and gave them some tips. This was so empowering, I had never experienced such kindness between women.

Why did you exclude men?
It’s not that I excluded men. I have just focused on women and non binary skaters. I think there is plenty of documentation of male skaters.

How long have you been shooting that series?
I started shooting the series in June of 2019.

What tools has skating given these women?
I think that the tools it gives them is confidence and determination. It takes a long time to learn how to do an ollie or any other skate trick. It also takes a lot of confidence to go to a skatepark and be the only woman or non binary person.

Did you pitch BUST or did they come to you after seeing this personal gallery?
I pitched Bust because I was looking for other ways to be able to photograph the skaters that I met. Laurie Henzel – the creative director and founder- loved the series and was totally open. I went overboard because I wanted to shoot so many skaters that I had met and loved. I think she said get 4 models and I came back with 8 skaters. I begged Keia Bounds (who I know from working together photographing Dave Chappelle for Comedy Central in 2002) to be the stylist. Christine Herbeck has always been my main hair and makeup person. For this shoot Christine did the makeup and I had Nappstar Salon do the hair. Everyone worked really hard and we had fun. I was driving all the skaters in my 2004 toyota minivan back and forth from my studio to the skatepark in Brooklyn .

When is the launch party, will you skate there?
Unless a Corona cancel happens, the party is on March 12 from 7-10 at 110 Studios in Bushwick. Through the skate community I found a very cool venue which is photography and skateboarding centric. The owner Paulie, who also skates built the cyclorama strong enough to hold skateboarders and skaters bands will be performing.

The Art of the Personal Project: Ewan Burns