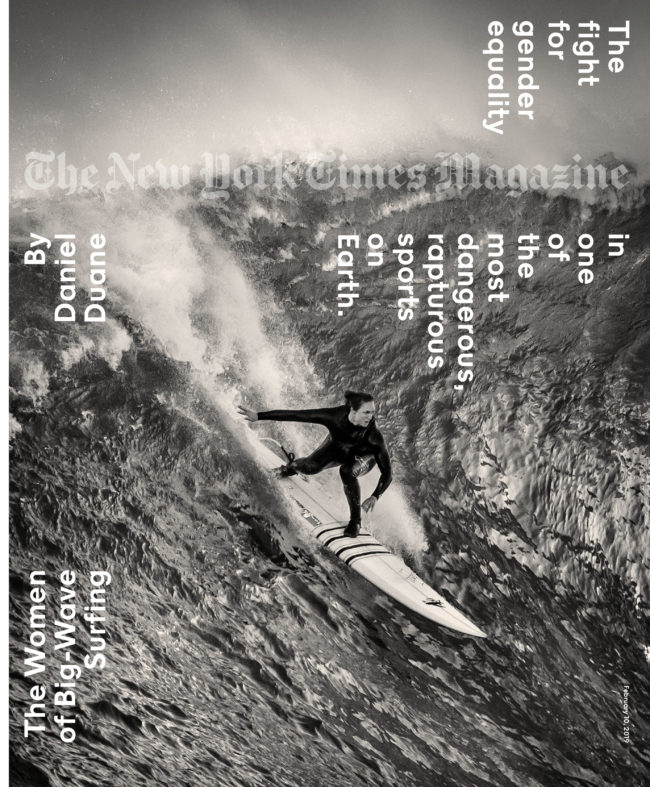 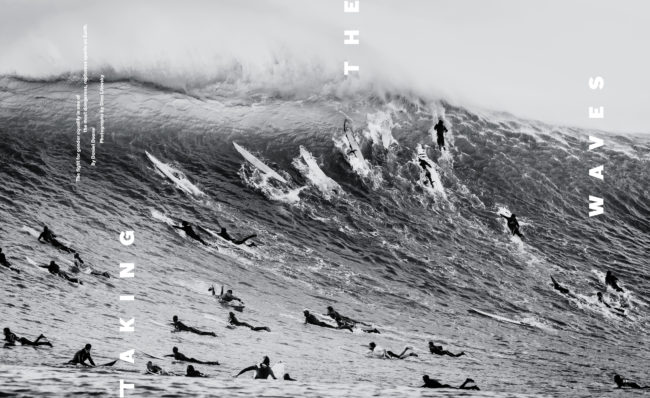 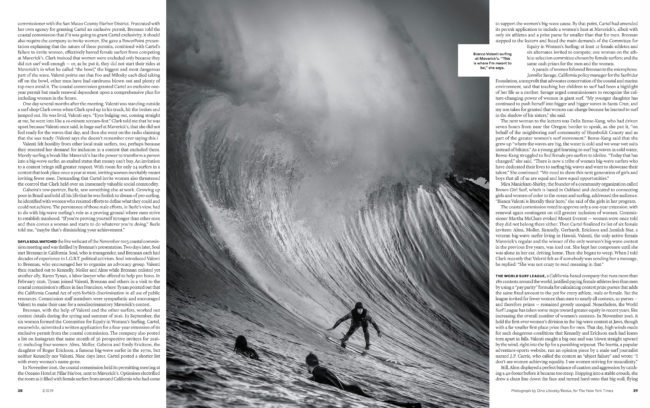 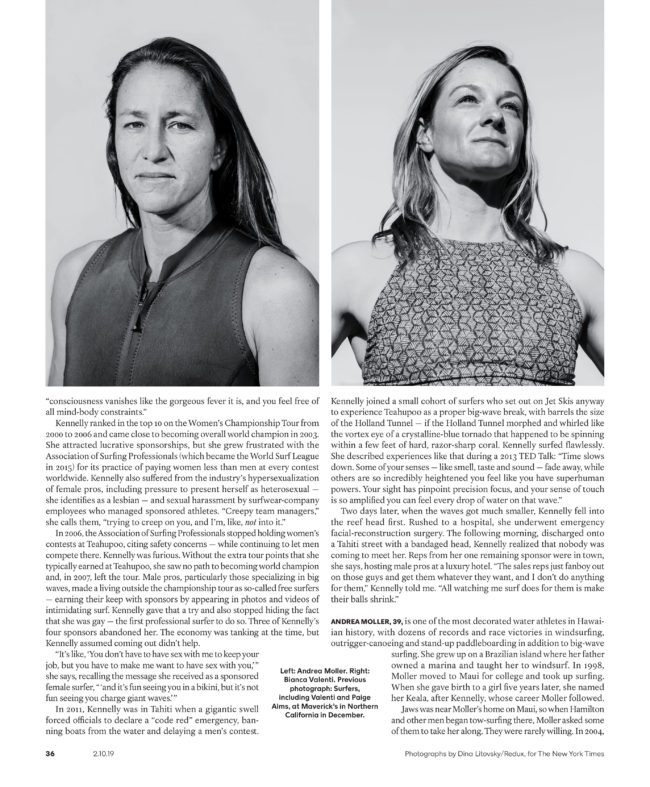 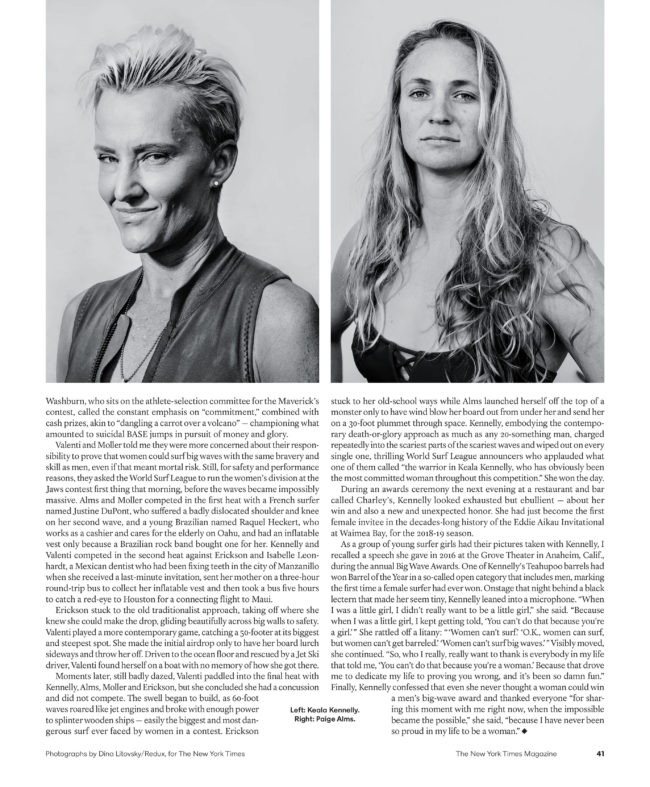 Heidi: How much time did you spend with each athlete before taking their portraits, was it before or after Mavericks?
Dina: I did two trips for the story, to Maui, Hawaii and Mavericks, San Francisco. Traveling to catch the waves is tricky, there is only a 24-42 hour notice of when the waves will swell. I had to be packed and ready
, waiting for the last minute green light. When I got to Maui, the weather was too dangerous for me to get on a boat for the shoot so I concentrated on making portraits of the athletes.

Tell us how you got the cover image, where were you in the water?
This was taken at Mavericks. I had 3 days to shoot the waves before the swell was over. The shoot was done on a small boat, aboard with both of the surfers, Bianca Valenti and Paige Alms (cover). Each day trip took from 3-5 hours. The boat had to keep circling around the waves to avoid being overthrown. That, with the combination of looking through a 400 lens trying to pick out Bianca or Paige among the 30 other surfers, contributed to my first ever seasickness. The cover image was taken on the second day when I came more prepared with anti-nausea pills. Physically this was probably the most difficult shoot I’ve done. In the end, I came out with less than 30 images of the women surfing, and one of them ended up on the cover.

Was the photo direction in Black and white?
Mavericks is one of the most dangerous places in the world to surf the big waves and I wanted to translate that into a mood that was a bit threatening and ominous. Once I took away the bright blues and greens of the sky and sea, the waves seemed to turn into stone, both overwhelming the surfers and freezing them into a moment of stillness. Right away I knew that the images had to be black and white. I sent Kathy Ryan both options of each image, color and black and white, and was thrilled to learn that she chose the monochrome versions for the whole story.

The Art of the Personal Project: Pedro Oliviera