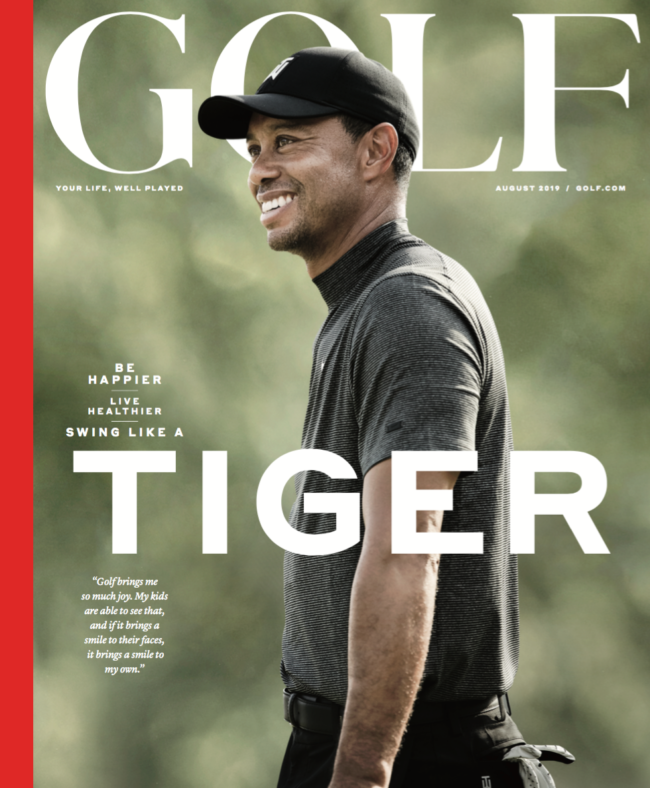 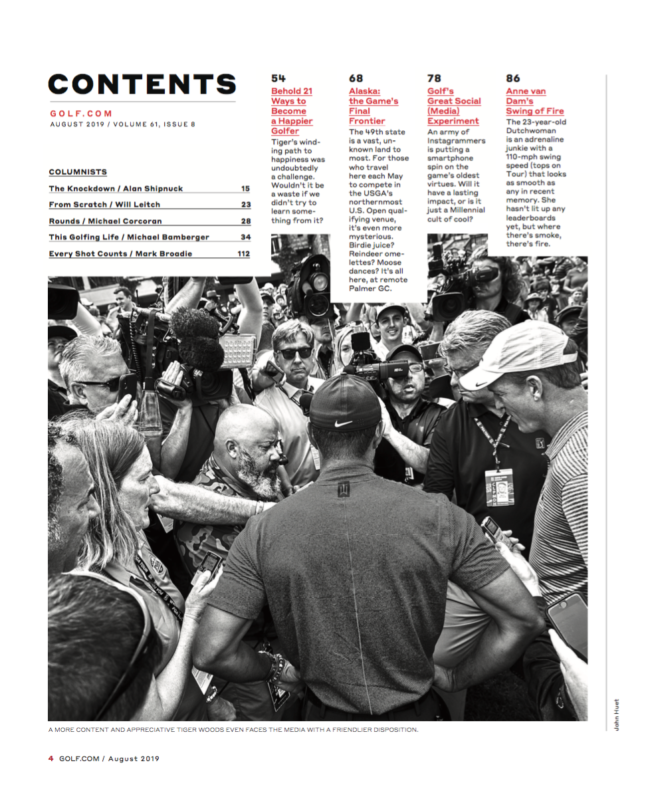 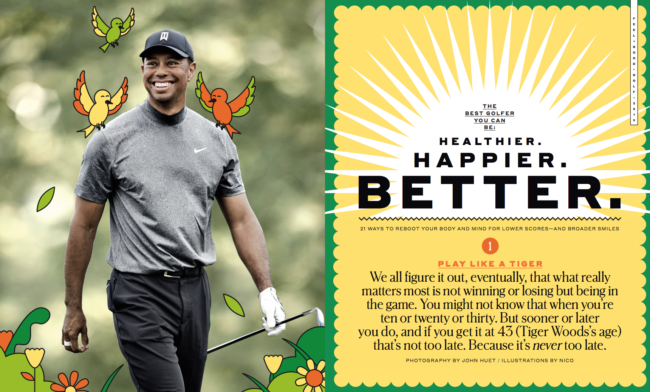 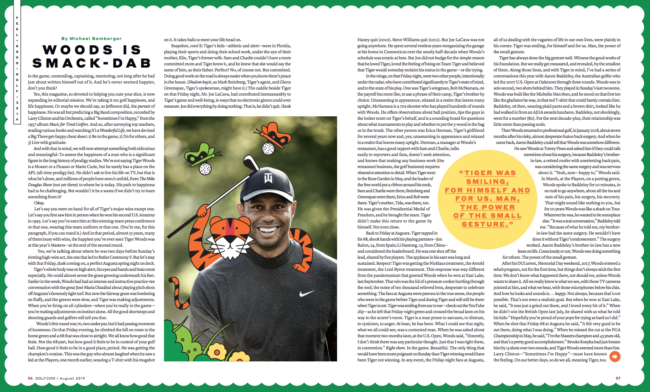 Heidi: What type of direction did you give the photographer?
Jesse: The story was about how to be a Happier, Healthier golfer, with Tiger as our main example. We need Tiger looking just that: Happy.

Did you have access to Tiger during the shoot? I know John Huet has shot him before, so there was a familiarity.
No, we didn’t but because we didn’t have access to him, we needed to capture that out on the course during a tournament. Nancy Jo Iacoi, who has been working on Golf Magazine as a Consulting Photo Editor, suggested we bring in John for this job because of his already strong relationship with Tiger from photographing him for so many years.

What was the biggest challenge with this shoot?
Now photographing a specific expression or mood of a golfer during a tournament is no easy feat. It takes a sharp mind, quite a bit of planning, a good amount of hustle and luck. The direction we gave John was simple: we need a cover worthy image of Tiger smiling and looking happy. Obviously a lot of variables need to align for it to be a successful cover, and John had the same press access as everyone else at the tournament. So it was going to be a challenge to get himself in the correct position and be ready to make the picture IF Tiger smiled.

Tiger is so heavily photographed, how did you want to make this project/cover different?
Most of the time if you see Tiger on the cover of a magazine, he has the standard “tough guy” look. But because of how the feature was being presented and designed, we wanted the opposite of a tough guy. At Golf Magazine, we want people to love and enjoy this game, because at the end of the day it should make you happy. And having John out there to capture that turned out to be the right decision. He crushed it and delivered beautiful images of a happy Tiger that we were not expecting.