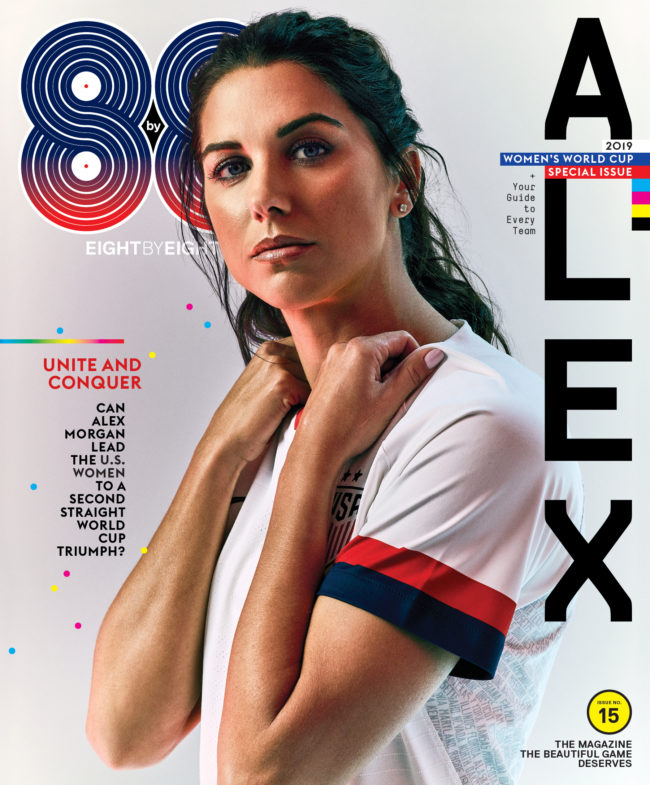 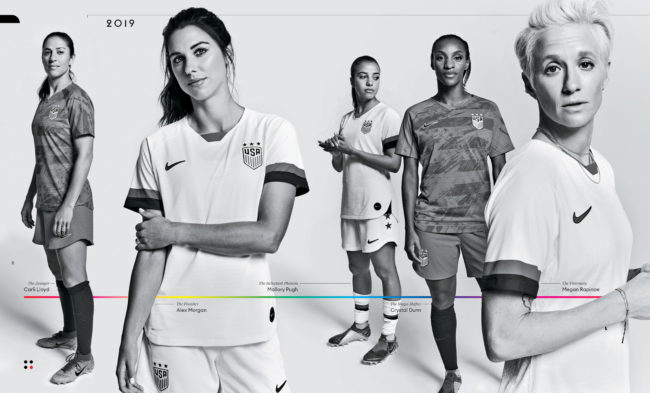 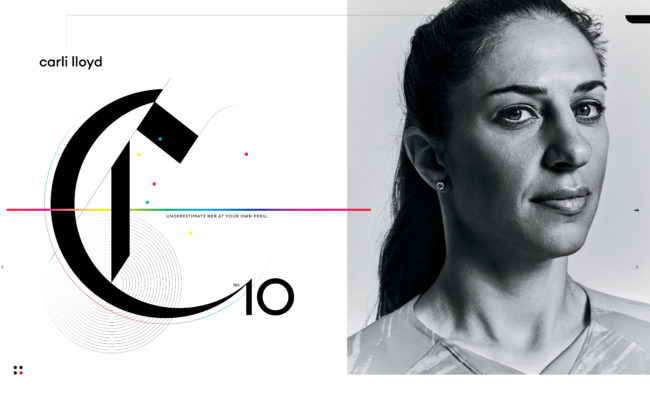 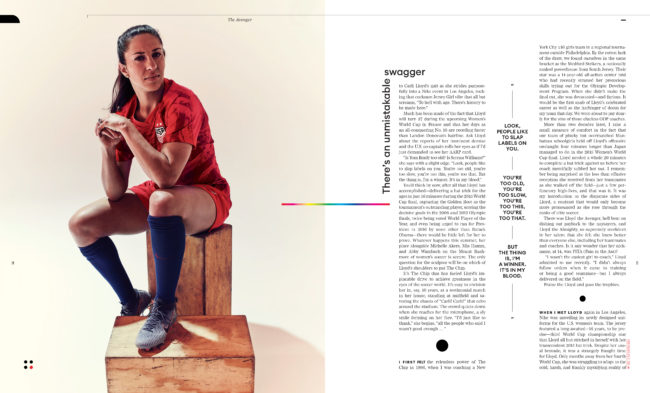 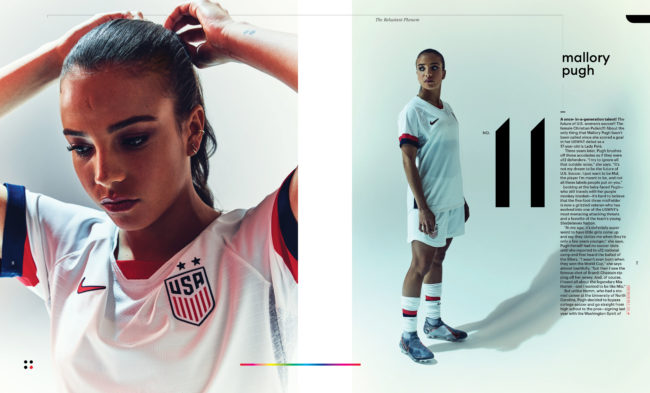 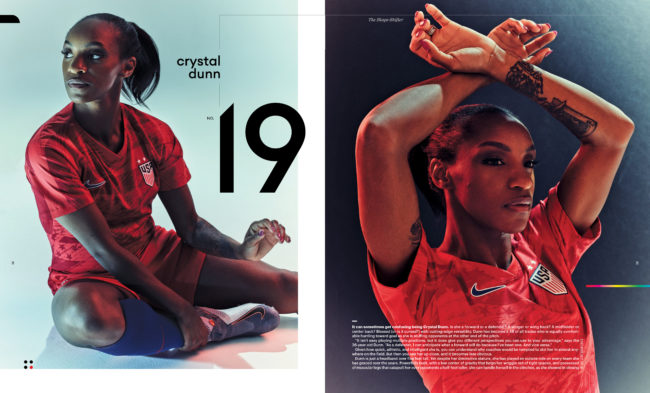 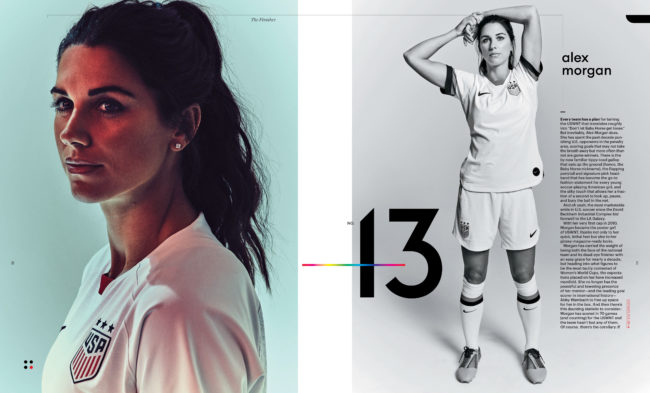 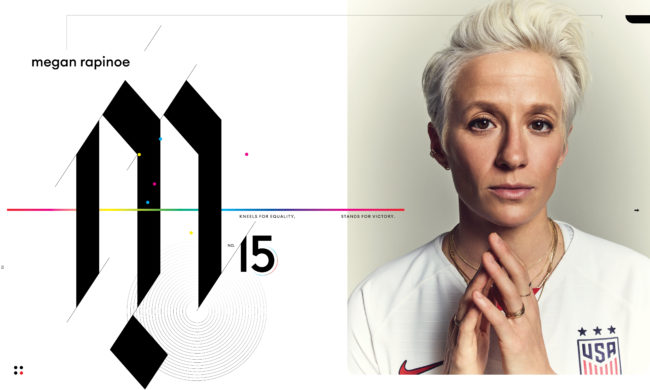 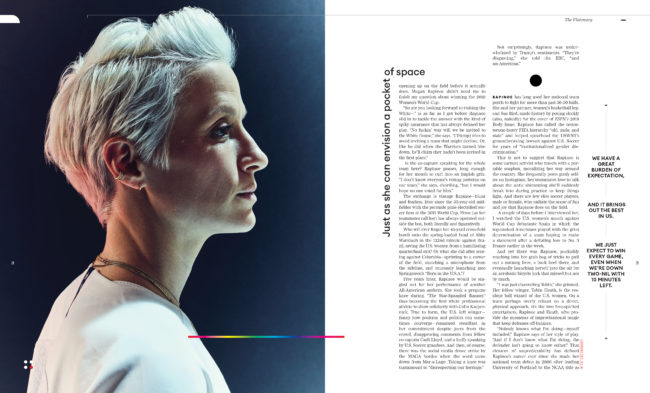 Heidi: Tell us why this project was different for you?
Joe: This assignment really combined everything I love about shooting for editorial clients. It was commissioned by the editor and designer Robert Priest so I knew that care would be taken in how the images would be used and that the process would be collaborative every step of the way. I was also excited about the subject matter, despite not being a true follower of sports. I felt that photographing women for a soccer magazine that primarily focuses on global soccer stars who are generally male, this was a nice chance to add to the coverage of one of the most successful teams playing the game today. It dovetailed nicely into conversations about inclusion and representation, which I care about greatly in the context of being someone who contributes to media the way I do.

What did you know about Priest+Grace the legendary design duo prior to this project?
I’ve known about Robert Priest for many years, all the way back to when I was a contributor to Conde Nast Portfolio magazine, where he was the design director. I also did assignments for O (The Oprah Magazine) when he was the design director there. I have great respect for and reverence to his legacy as well as his ability to stay on the cutting edge of innovative design. I think if you love working in magazines, you know about Robert.

When a publication like 8by8 is so exquisitely designed what type of responsibility do you feel?
It’s really such a treat to know that the photography is meant to live side by side with amazing type and design elements made by the best designers in the business. I do feel a responsibility for my images to hold up to that great design, so they can be on equal footing and complement one another. My absolute favorite thing about shooting for magazines is seeing how my images pair with strong design, especially on a cover shoot.

Tell us about the gravity of working with such an important group of women that push beyond the normal cover subject?
Truthfully, these are the types of shoots I live for. Anyone who is redefining norms, pushing boundaries, challenging expectations, is in my opinion the perfect cover subject. I want to look back on the work I do and feel like I was capturing my subjects at pivotal moments in their lives and careers. I knew the back story of the pressure these women have faced as favorites going into the World Cup. They face a discriminatory pay scale and are scrutinized in ways that I think the male players aren’t. In my eyes they are heroes as well as athletes and I wanted to my images to reflect that.

Most cover shoots come with layers of styling, h/m, how did the lack of these both inspire and intimidate you?
It was refreshing. I loved that they were being photographed in their battle armor, it seemed to give them a sense of purpose on the shoot. Robert and I agreed that we would not ask them to pose or interact with a ball, I didn’t want to mine the typical imagery we’ve all seen of athletes in their uniforms performing.

This is your second portrait gallery of powerful women, how are you approaching these projects and what is on your mind leading up to these?
I take it very, very seriously and I’m acutely aware that my (male) voice is not the obvious choice to represent all subjects. I’m very excited to see that diversity in photography is being honored and encouraged and I am extremely humbled if I am asked to take on a story like this. I think I may have been called for each of these portfolios as someone who has photographed many people, men and women, who are making an impact in the world. It’s not every day that I am asked to do that and I don’t take it lightly. I know that I have to come through with images that are thoughtful, representative of the story, and can live on as a historic document of the strides being made by women in 2019.

How do you hope women in particular respond to these galleries? In a few words what is your message?
I hope all viewers can see that I’m truly looking to make honest and inspiring portraits, not as a male point of view, but as a proxy for anyone who is inspired by leaders and athletes. I especially think about what it might feel like for girls or young women to see these subjects celebrated in the same light as their male counterparts (by a male photographer) and hope that my voice can be lent, at times, to equalize the way in which subjects are photographed. I would hope that many more female photographers can be similarly tasked with documenting male subjects, as opposed to photography being divided into gender specific assigning.

What was the direction from the magazine?
Robert initially said he was interested in some of the color direction my work had been taking, so that was a jumping off point for me to experiment with traditional studio lighting as well as some setups with a stronger color voice.

Tell us about the set conversation during the image making?
We were extremely rushed for time so there were only a handful of opportunities to talk to the players during the session. But I did get to have a few laughs with some of them, it was early in the year and I think the excitement for what lay ahead for them at the World Cup was palpable.

How do you feel about community within the photo industry?
I hope it comes through that I am a believer in diversity of perspectives in photography and that I actively seek out conversation with other photographers on these matters. It’s not lost on me how isolating a freelance career can be so I make it a point to doing outreach to a group of peers so we can discuss the important changes happening, or that need to happen in our industry.