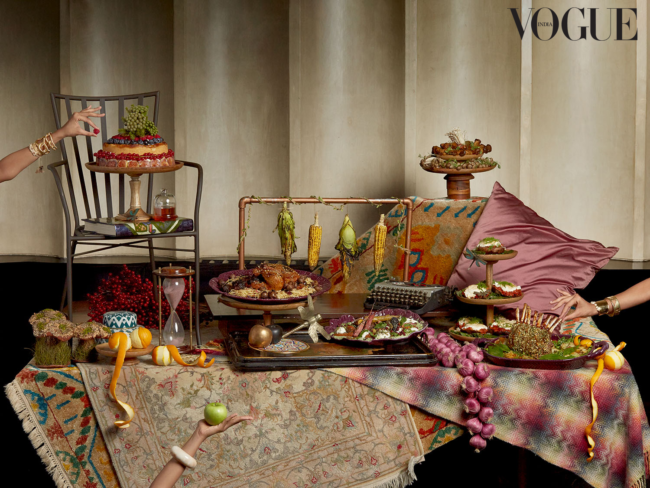 Heidi: I know you did some research on old master paintings after we discussed the concept for our OTT food shoot.  What did you watch and what did you learn?
Rohan: I found this video lecture by John Walsh, the Director Emeritus of the J. Paul Getty Museum, L.A. and since these are historical artworks, understanding the narrative and motives by a specialist in Dutch paintings is better than a subjective approach. I learned a lot from Pieter Claesz’s composition and light.

How did that research translate into the final image?
The window light and textures, along with the opulence was replicated. Surrealist elements were also added to push the OTT narrative.

How difficult was the post as we had only one hand model?
It was quite straightforward to be honest. Much like a collage, it was cut and paste. The tricky bit was getting the correct hand gestures during the shoot.

Were you concerned the lights would start to deteriorate the food?
Since we were working with flash and not consistent lighting, I wasn’t worried. Some of the food had to be made “camera friendly” to draw attention and maybe a couple of them were taken back to the kitchen to “redecorate”. However, we weren’t working with any cold items, that could melt.

We knew you were the perfect person for this assignment bc of your expertise in collage/photo illustration, where did you first start experimenting with this technique and why?
Why, thank you! I started looking into this process when I was studying commercial photography. I wasn’t aware of this process until I met students from graphic design and illustration. It was a mix of that and happy accident where the model stood between 2 lights meant to light the background and ended up looking like this (tenacity_3). 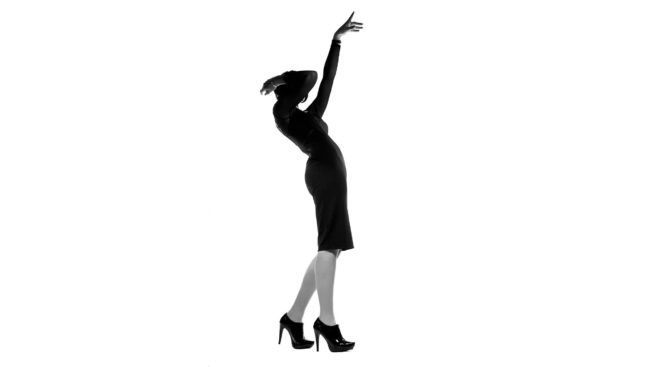 Someone might have mentioned “collage” and that was it. This turned into mixed media very quickly. I found collages to be an exciting process to break out and translate my ideas and emotions in more than 1 way. And honestly, it was just a lot of fun trying out new and exciting process: 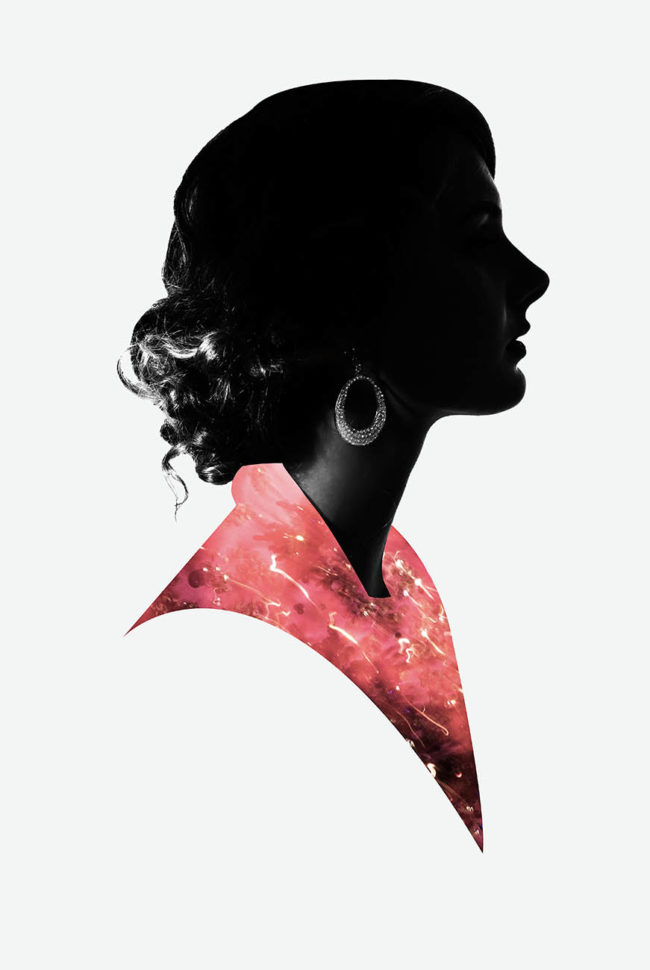 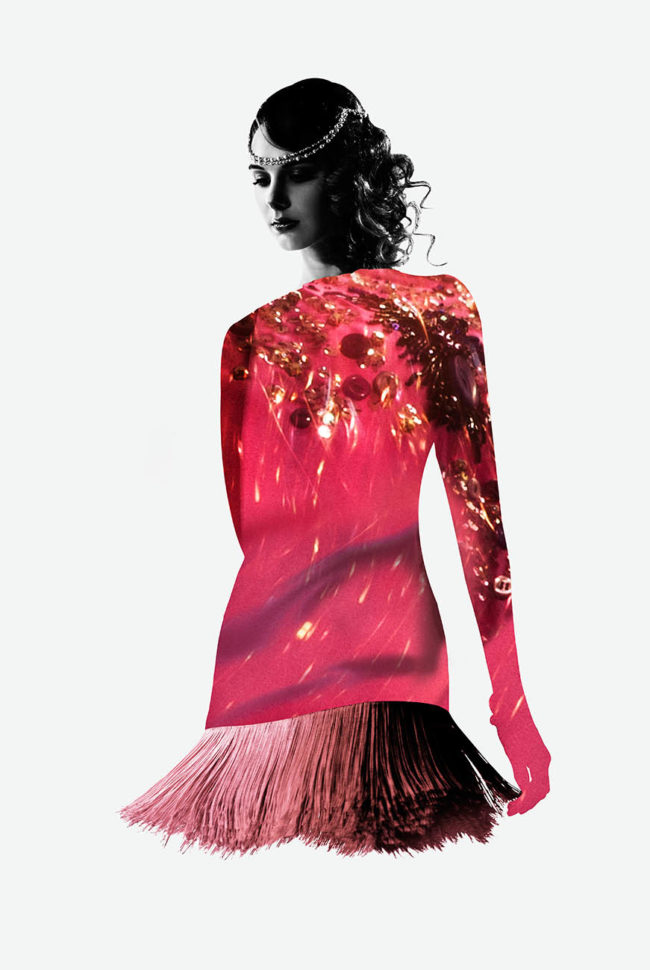 You have great range in your work, how do you know when to execute straight forward photography vs the collage? and is all the collage done digitally?
I try not to separate the 2 processes. By nature the collages always come in later. So any photographs made can work with the narrative. Sometimes I have found photographs made 3-4 years ago, so give me a narrative element. However, that’s rare. Most collages are made with photographs I’ve made in the same time period, for example “Japan Waiting”. I do have a lot of digital collages, but not everything is digital. It comes down to which method would be most beneficial for the artwork, for example Drips. I cannot predict how the paint is going to drip and blot. 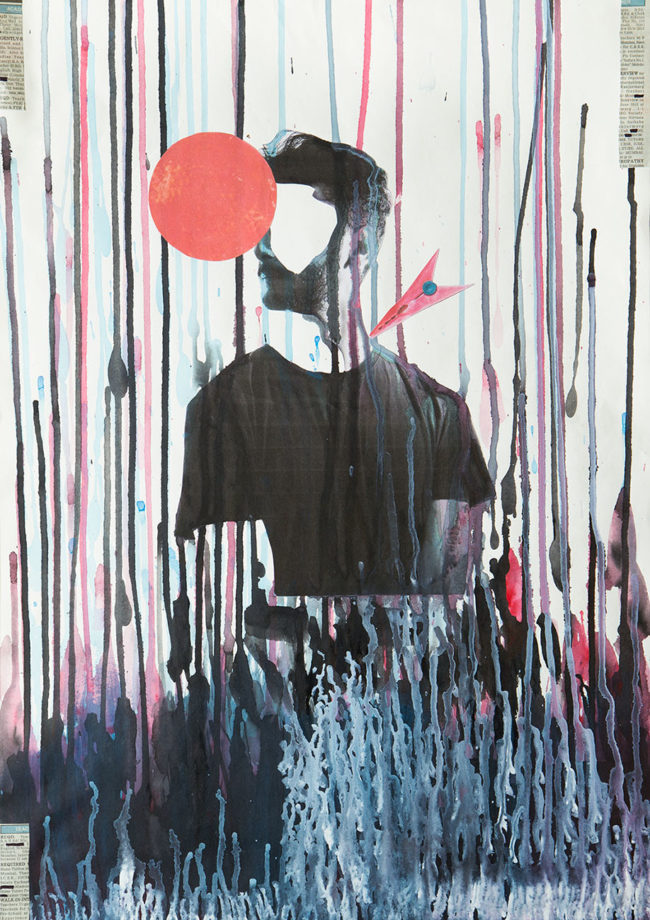 How has your personal travel influenced your work?
“Japan Waiting” and “Japan Cabs” are the best examples of explore this topic. I’ve been there twice and both times, I’ve come back with a new perspective. “Japan Cabs” happened because of the classic car models, they fully uniformed drivers and the automatic doors. The collages weren’t planned, but once reviewing all the images, it was the only way to tell a story about the taxis in the city. During this year’s visit I saw a lot of people waiting..patiently. Initially shot as a photographic series of I think around 40 images, where the Japanese who wouldn’t cross a red light even if the street was 6 feet wide, “Japan Waiting” in turn because a response to “Japan Cabs”. To me it became a series on patience. 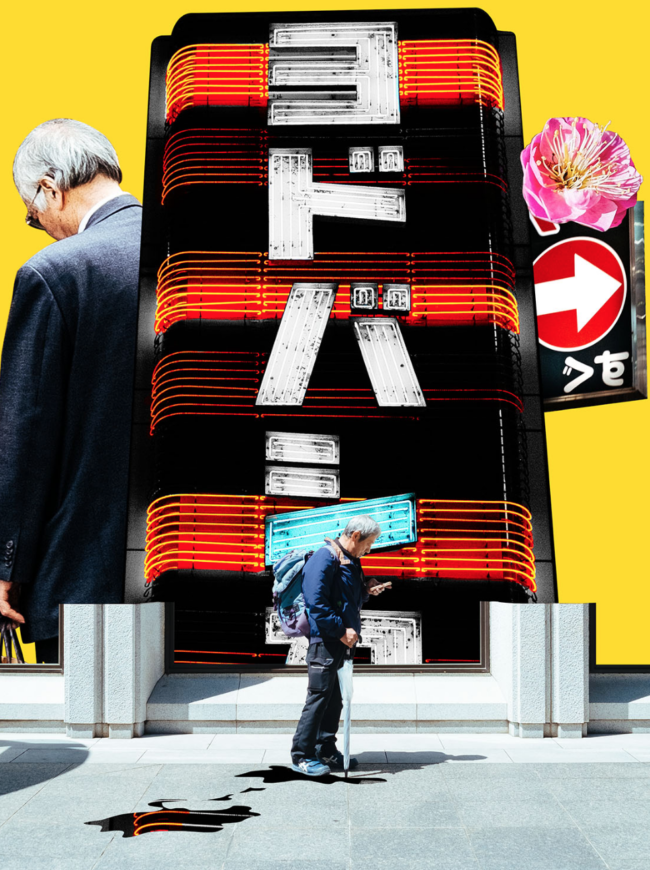 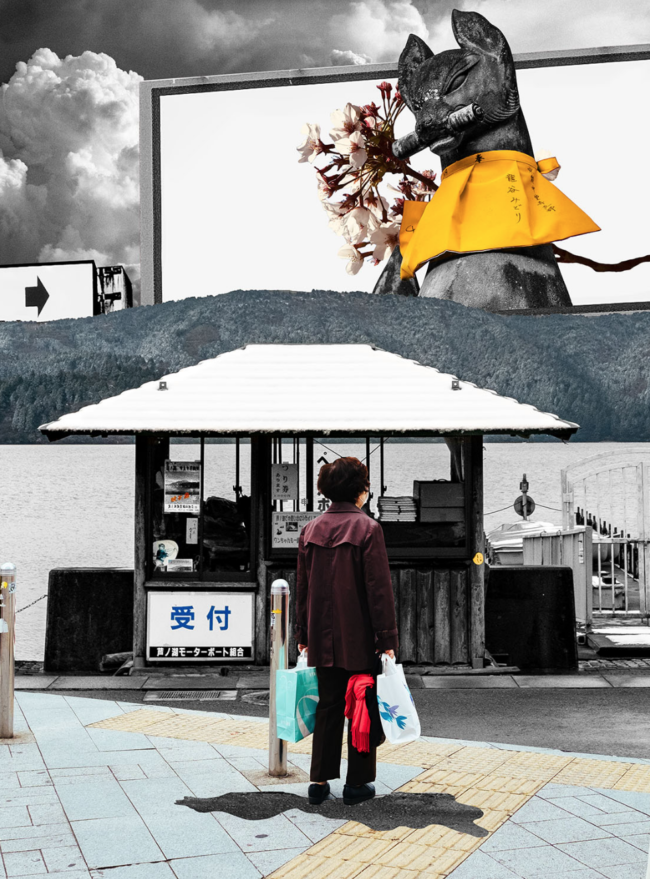 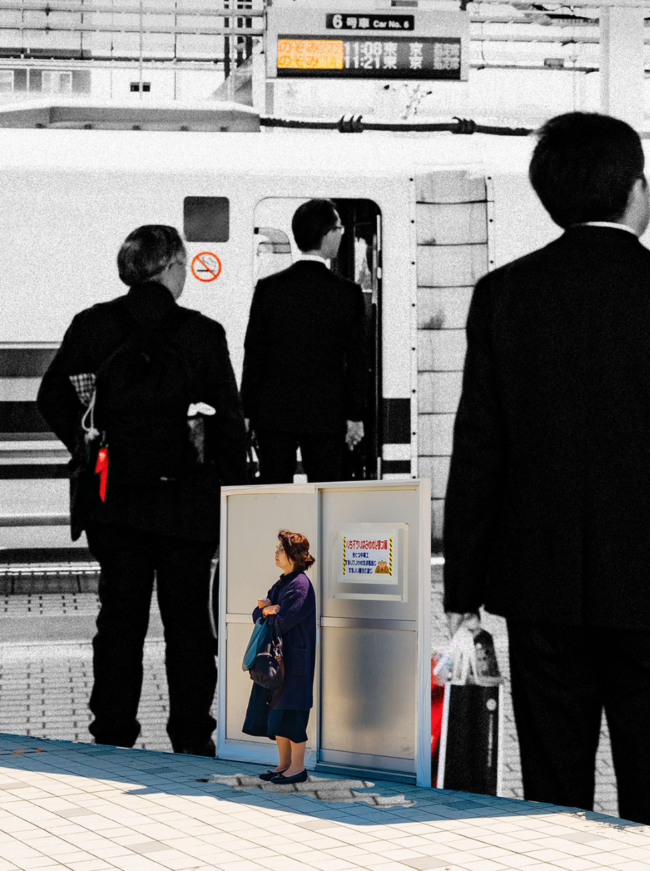 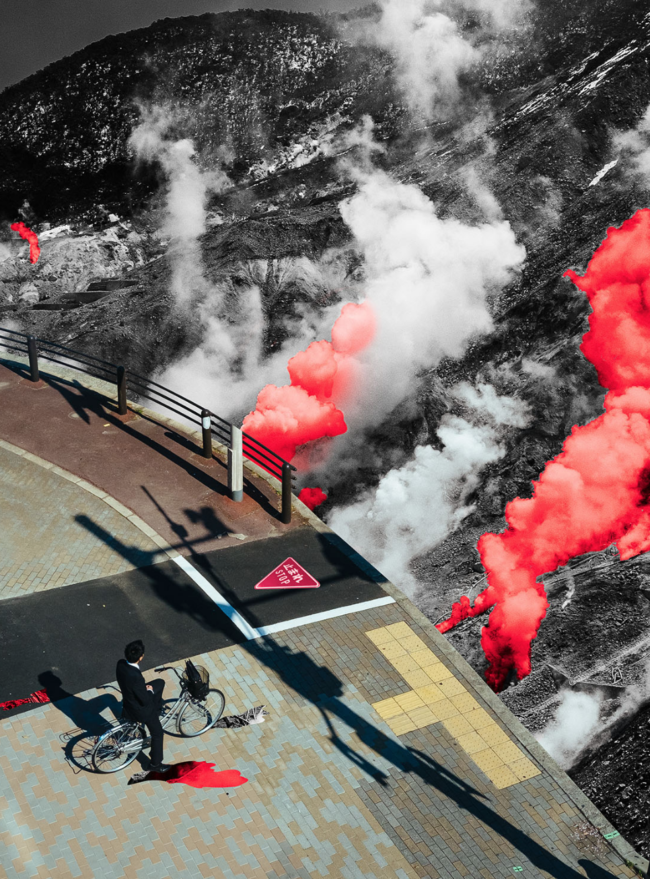 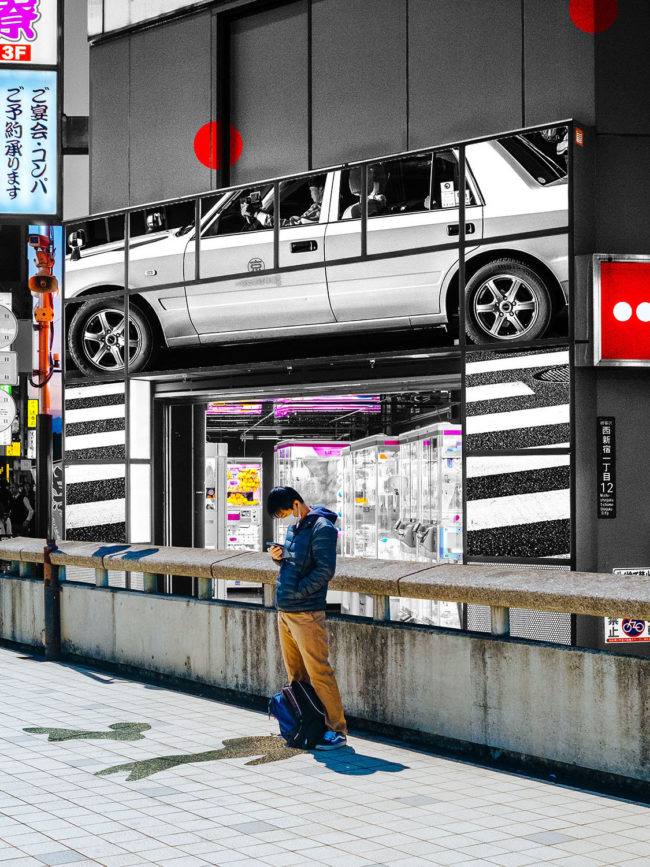 The Art of the Personal Project: Ryan Dearth