I made a few resolutions last month.

I give myself guidelines, each New Year, for things I’d like to work on. (Ways to better myself.)

This year, at the top of my list, I’m trying hard to talk less shit about other people.

That’s my number one goal.

I lost a few friends a couple of years ago, and am pretty sure that gossip-mongering played a role in it. (Not that I take the blame squarely, just that I own my part in it.)

On one hand, it makes me value my closest friends even more, as I know they’ll keep my confidence, but on a deeper level, I kept reliving the problem until I realized I needed to change.

For some reason, I didn’t understand that talking shit about people always gets back around to them. On steroids. (There’s nothing people love more than passing along a juicy story.)

More than that, though, it really is a karma thing.

Summoning that negative energy, and spreading it further, even if it feels funny, snarky or cathartic in the moment, has the habit of creating ripples of bad juju.

Coincidentally, last week, my Aikido Sensei told the class that he felt he had no enemies in life, and attributed it to the fact that he never talked shit about people.

He even used the same expression I do. (“Talking shit” is an American colloquialism that means speaking ill of people; going out of your way to denigrate them in front of others, at times for tactical purposes.)

Aikido, what I’m learning now, stresses ideas of reconciliation, rather than conflict. Even the fighting part is meant to minimize permanent damage to your opponent.

Wrist, hand and elbow locks can temporarily immobilize someone, but they will walk away unharmed, as long as they cooperate. (The techniques can be used to tear and break joints too.)

But if you keep your karma clean, good things will come your way.

In particular, I’m thinking about the story of Lawrence Schwartzwald, a photographer I met at a portfolio review a few years ago. We chatted briefly, but I didn’t see his work officially, and promised at a dinner party that if he followed up, I’d check out whatever he sent me.

Because it was the end of the festival, and I was drinking a glass of wine, chatting with a friend, I didn’t ask too many questions.

Therefore, I was pretty surprised when Lawrence emailed me in December of 2017 with a link to this Artnet news story about him winning a lawsuit against Gerhard Steidl.

I was especially surprised, as it was right around the time that gushing New Yorker piece about Steidl came out, (which I referenced here in the column,) and this seemed like a wacky tale.

To synopsize, Lawrence Schwartzwald wanted compensation for a submission portfolio that Steidl lost, and accused the famed publisher of backing out of a deal to publish his book. Steidl responded that books take time, as it’s a creative process, and that the artist was fortunate to be chosen for a book in a highly competitive process.

The end result seemed to be that Steidl now owed him some money, but maintained they’d planned to publish his book all along.

So I was even more surprised, truly, genuinely surprised, when the next email I got from Lawrence Schwartzwald was one asking if I’d like a review copy of his upcoming book.

But I swear, at first, I thought it was a joke. (As I did the other day on the ski lift, when my friend Derek started accosting the stranger sitting to my right, with whom we would be trapped for the next 5 minutes. Never a good time to pick a fight.)

Eventually, I opened the book today, in late February, 2019. So let’s figure out what all the fuss was about, shall we?

“The Art of Reading,” by Lawrence Schwartzwald, published by Steidl, is a book that seems straightforward, as it is mostly a series of documentary/fine art photos of people reading.

But not all of them.

Some are photos of books.
Or photos of people with books who are not reading them.

It opens with a really cool statement by the artist, as he was college-aged in the early 70’s, and discovered photography through Diane Arbus, when he bought her book after she died.

That, and a Kertesz photobook of people reading, inspired him to pursue photography, and he went on to work as a freelance photojournalist for the New York Post for many years.

He also did some celebrity freelance photography, which I take to mean paparazzi pictures. (But I could be wrong.)

As everyone and everything are interconnected, (a theme in the blog so far this year,) I happened to notice a Facebook post Lawrence made the other day, saying that his book was selling well, and he hoped it might be reviewed before it sold out.

It wasn’t a direct appeal to me, and given that I’ve been spending a fraction of the time on social media I used to, (a 2018 resolution,) it was yet another coincidence.

A coincidence, like noticing Amy Winehouse at a diner, with her full bee-hive hairdo kicking, and snapping a quick shot. (Which became the cover and signature image.)

Or spotting Anne Hathaway eating breakfast one morning, or a slightly disheveled Carl Bernstein licking ice cream above a Post headline about the anthrax scare in 2001.

Given the acrimony behind the book’s beginnings, this one does feel a bit disjointed to me. Like it didn’t cohere properly, despite the excellent text-piece-opening, which primed my curiosity.

While there are strong pictures throughout, the image quality is not amazing overall, though of course many of the photographs are sweet, thoughtful, and generally likable.

At first, I didn’t like this book, and I put it down.

But with its pretty blue cover, it roped me in again, and this time, I began to think about all photographers, (out in the world,) who watch others.

Look for their stories.
Steal their moments.

Is creeping on a pretty actress THAT different from being out shooting street photography, watching a stranger sit on a stoop, reading quietly?

How many of us have done that before? (I know I have.)

What if it’s one of those classic, incredibly New York stoops in Soho, with just the right amount of stairs, and one of those huge glass window-doors above it.

You know what I’m talking about.

On Prince Street.
Somewhere near there.

She has the Annie Hall hat on. And a man’s shirt. Or maybe it’s a light windbreaker? It’s hard to tell without staring outright.

Her shoes look sensible, and it’s possible she stepped outside her apartment to get some air with her book.

On her stoop.
Maybe she lives there?

But in 2015, when the photo was taken, rents in this neighborhood were already exorbitant. Can she afford it on her salary, with her sensible shoes?

Or was she out for a walk on a beautiful day, taking her book from stoop to park bench to stair railing, all day following the sun from spot to spot like a luxuriant cat.

You turn away, so as not to arouse her suspicion, and look into the store window before you. There’s a beautiful, no-doubt-expensive necklace in the window, but that’s not what draws your attention.

It’s her! There she is again.

In all her reflected glory.

You take your time now, secure in the knowledge no one will even recognize you’re framing up your composition, preparing to make this incredible photograph.

I love this one, because it’s perfect, but also because it evoked a strong memory for me.

I’m standing beside a light-rail stop in San Francisco, and I spot a charcoal-gray pearl necklace in the shop window next to me. I buy it for my girlfriend, wait to give it to her, and then am ultimately crestfallen when she hates it.

I was looking at this book, thinking about why it didn’t work for me, when all of a sudden, I was deep inside a memory.

Which led to another.
And another still.

(Big props to “The Art of Reading” for tunneling into my brain for a few minutes.)

Even now, as I flip back and forth, I notice some really excellent pictures, and some that seem like one-step-above snapshots.

There are a lot of down-on-their-luck folks, a lot of happy people immersed in their stories, and one photograph, (p 57) in which it appears that a tall man is going to murder an older couple with his book, so menacing is his physical stance relative to theirs.

This book falls somewhere in the middle, for me, as I really like parts of it, and it certainly makes me think, but then, it also feels like it needed a much tighter edit, and a stronger reason for being. (Other than a court order.)

Sorry. That was a mean joke.

﻿If you’d like to submit a book for potential review, please email me at jonathanblaustein@gmail.com. We currently have a several month backlog, and are particularly interested in submissions from female photographers so we may maintain a balanced program.

The Art of the Personal Project: Stephen Tayo 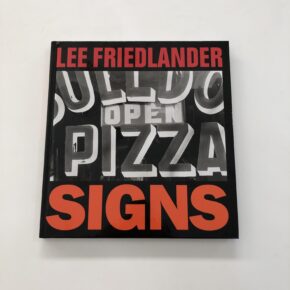 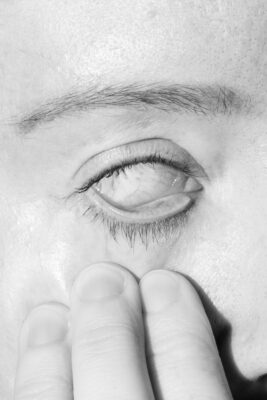