Between the fire lines~

With a fake press pass in hand, I made my rounds through town, gathering tools from friends, a water pump from the hardware store, enough Gjusta bread to feed a small Army and a small generator to bring the power needed. There are three major checkpoints between Venice Beach and the headland where the brave few stayed behind to fight the fire on their own. I’ve been through plenty of tornadoes and hurricanes in my life so there must be something I can do. All my adventure gear and camper were up in flames, along w so many of my surf and horse family homes, turning the mega fire into one of those nothing to lose but everything to gain situations.

As the fire raged on through the remaining drought stricken canyons, distress calls and rumors of starving animals cut off by the blaze made their way to our crew of unlikely hot shots. With thousands of horses throughout the windy canyons and a fire that moved like no other, many animals were left behind with no help able to get through. Luckily for them, a 250 gallon tank I commandeered from Larry Thorne’s farm, hay bails from anywhere I could find them and hoses that were brought in by boat with the rest of our gear needed to whoop this fire. The nights were spent driving the streets in groups of four, looking for flare ups that could possibly get out of hand and threaten the unburned houses. That left my days free to tend to the animals and distressed natives like Bonnie Decker who’s grandfather settled Decker canyon over 100 years ago. These fires were nothing new to a family that came out west in the 1860’s, when ranches covered the coastline and the PCH was nothing more than a couple of dirt ruts. Bonnie’s mom Millie had both the kids at the ranch house, all while keeping the 60 bee hives, feeding chickens and training horses to go along with all her daily chores. Even just shy of 100, Millie tried to stick this hell of a fire out but this was the biggest one yet and it would be just too much to handle. So to the nursing home she’ll go for safety as Bonnie and her married ranch hands fought to save what of the homestead they could defend with hoses, holding their livestock in turnout that they hoped to be safe. They took a gamble that day and lost a home, tack shed and most the corrals. “Of course moms place with all the clutter survived and mine burned down” Bonnie said as she sifted through her grandpa’s charred tack. Grateful to all be alive and with no shortage of spirit she had a lot to be thankful for. All her animals had survived in a canyon where so much had been lost in a community that suffered its biggest fire in history and a mass shooting at a country bar all within a day and a half. We know the rebuilding wouldn’t be easy but not much on a ranch is and if not for this settled chaparral landscape’s toughness…

the human spirit would’ve burned out a long time ago.

Here, my truck, Brutus delivers water, feed and insulin to the Decker’s ranch as the next canyon over burns in a matter of hours. 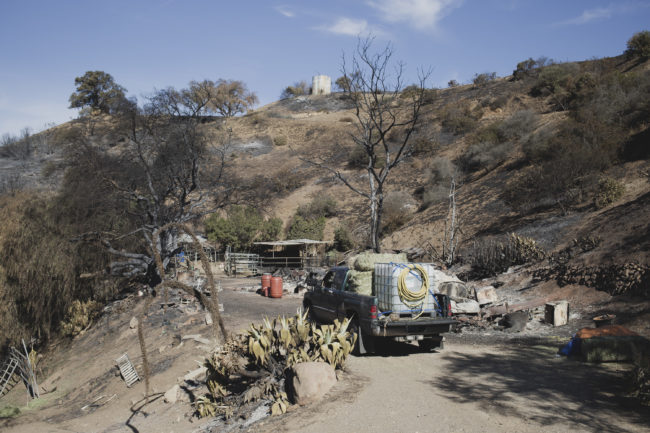 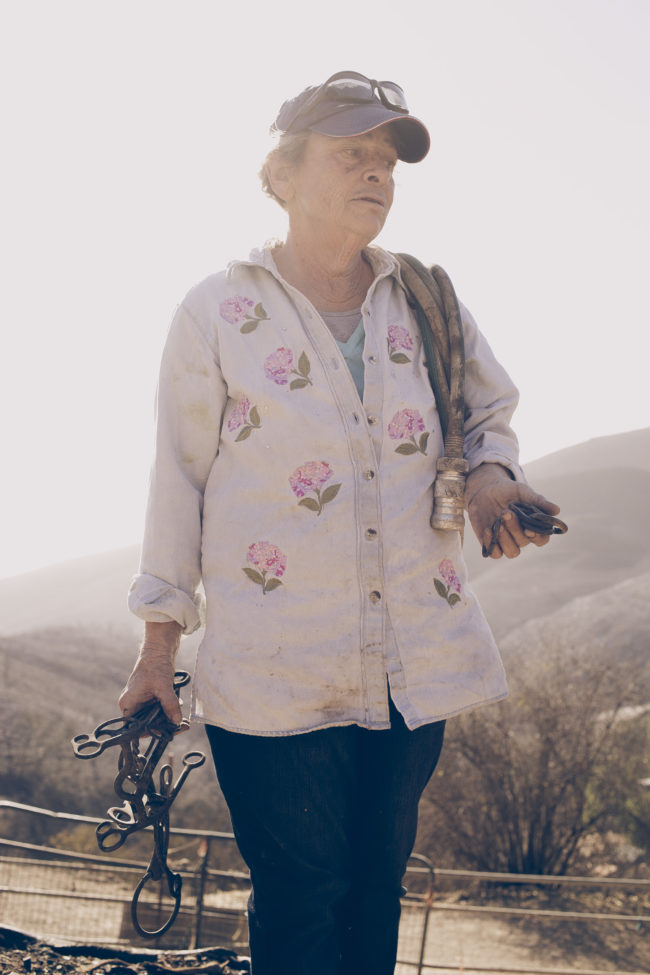 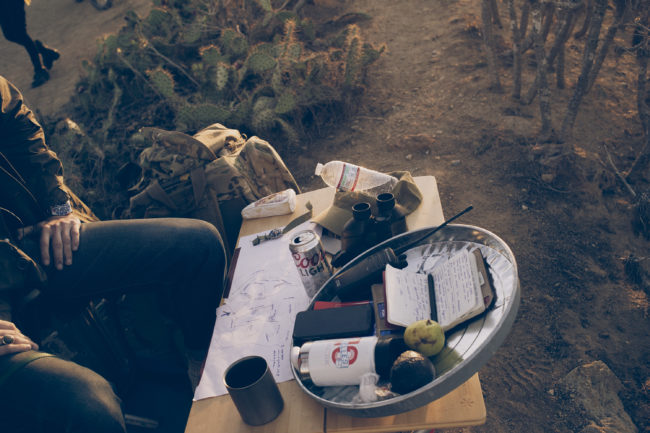 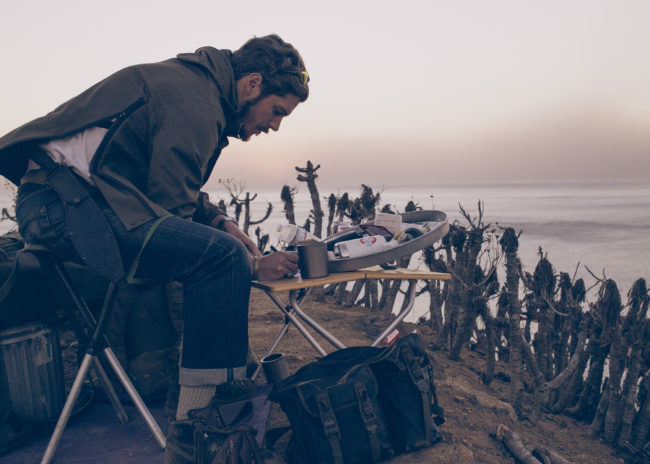 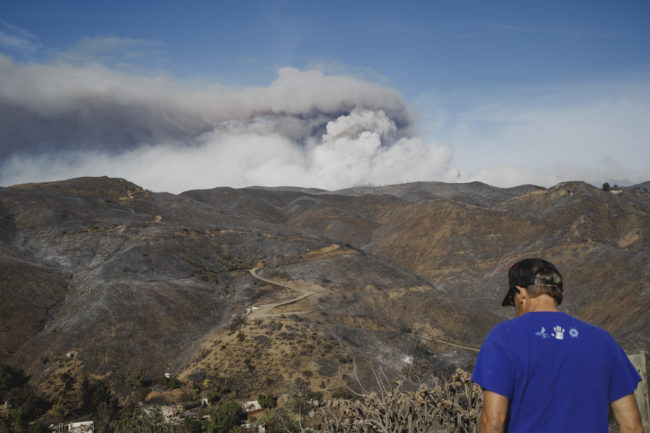 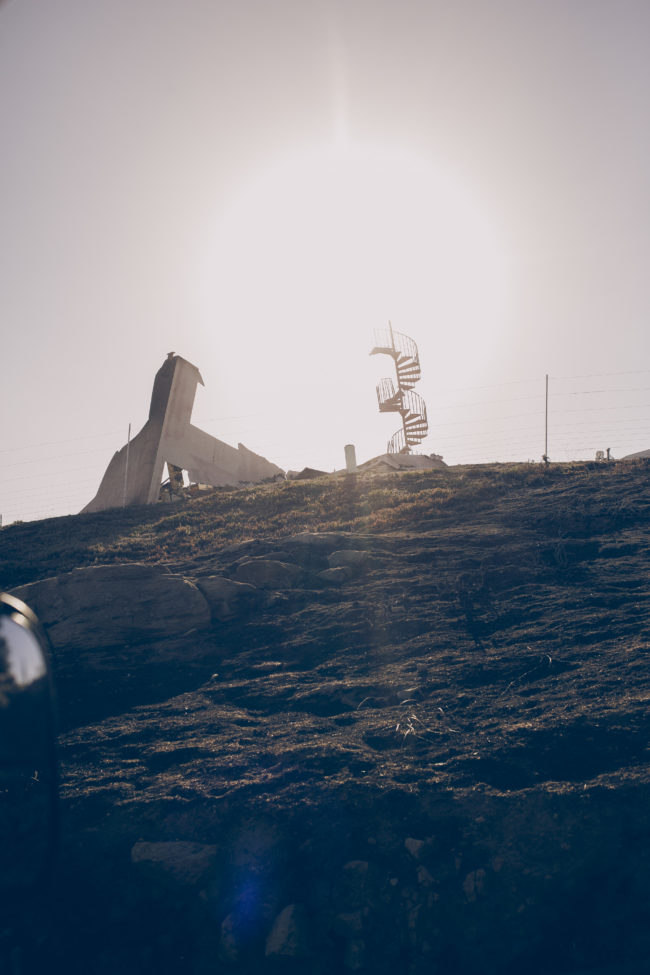