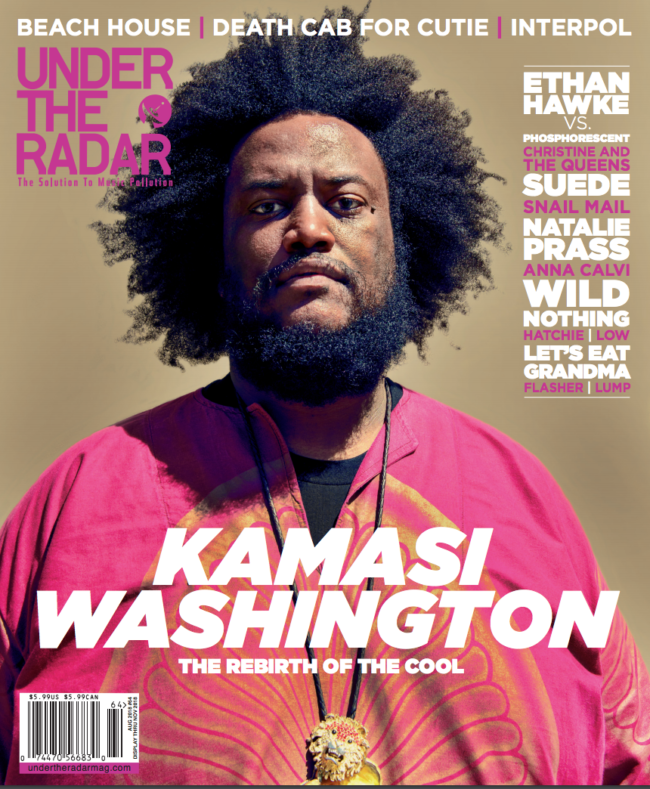 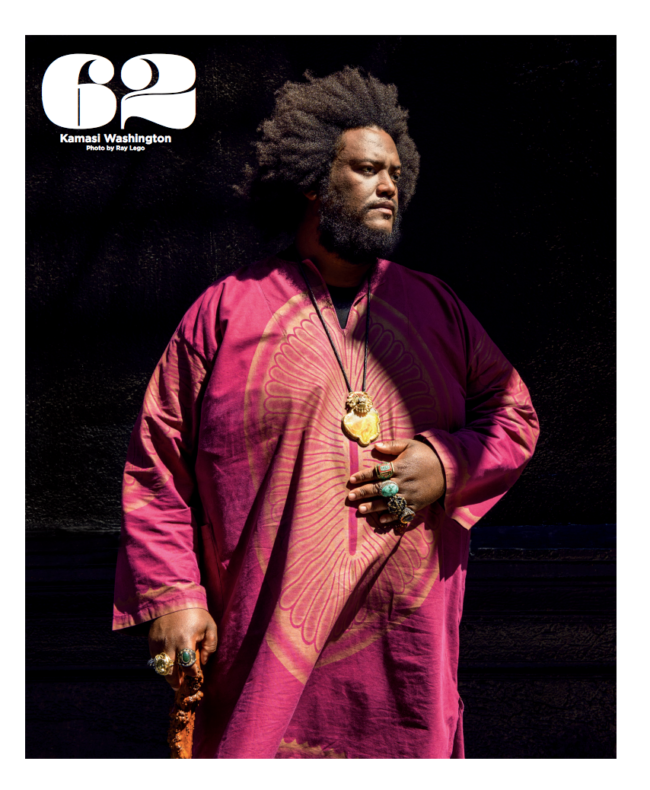 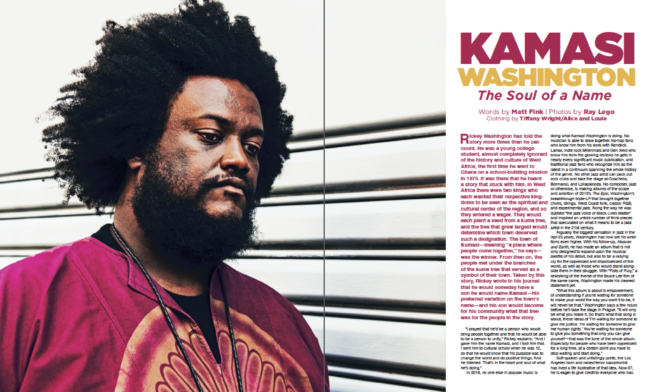 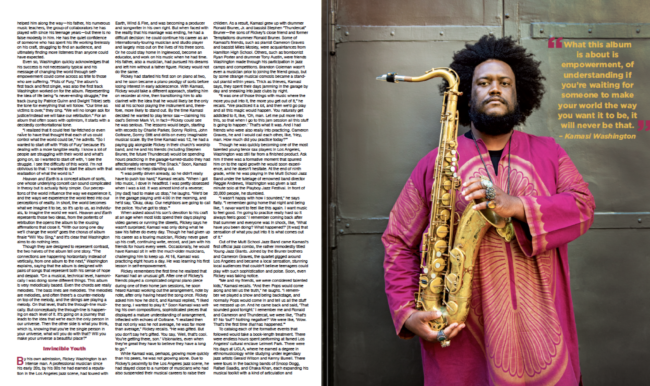 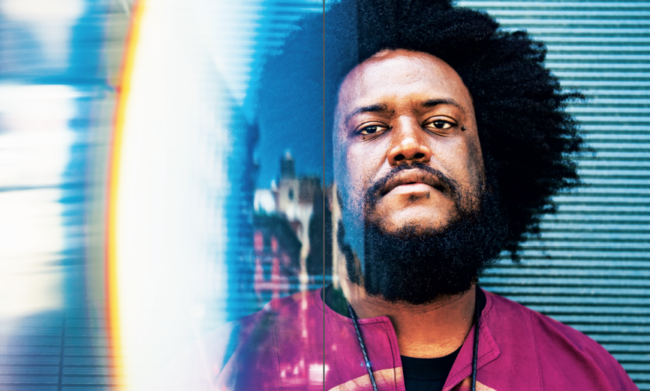 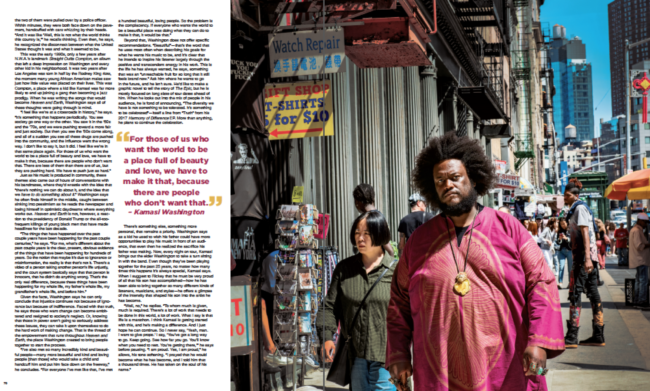 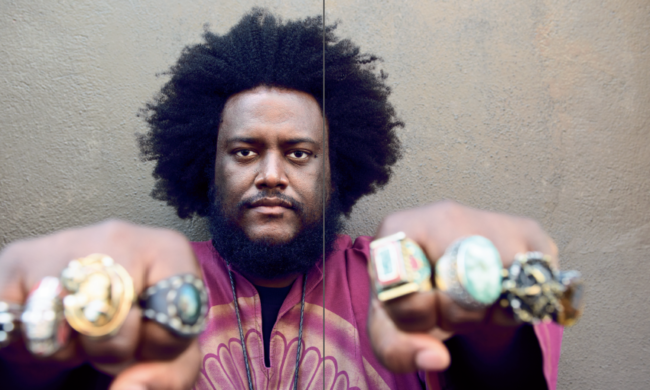 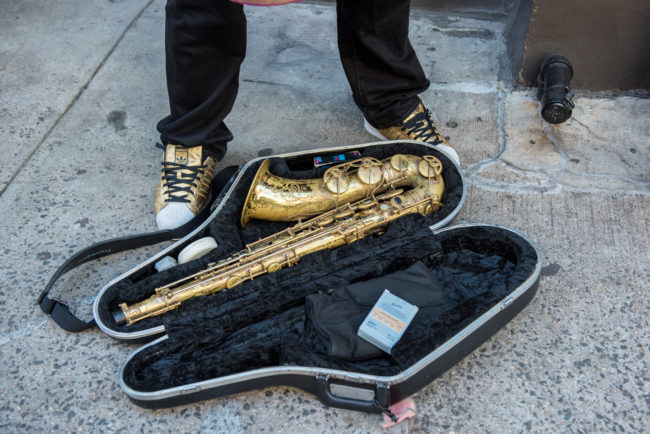 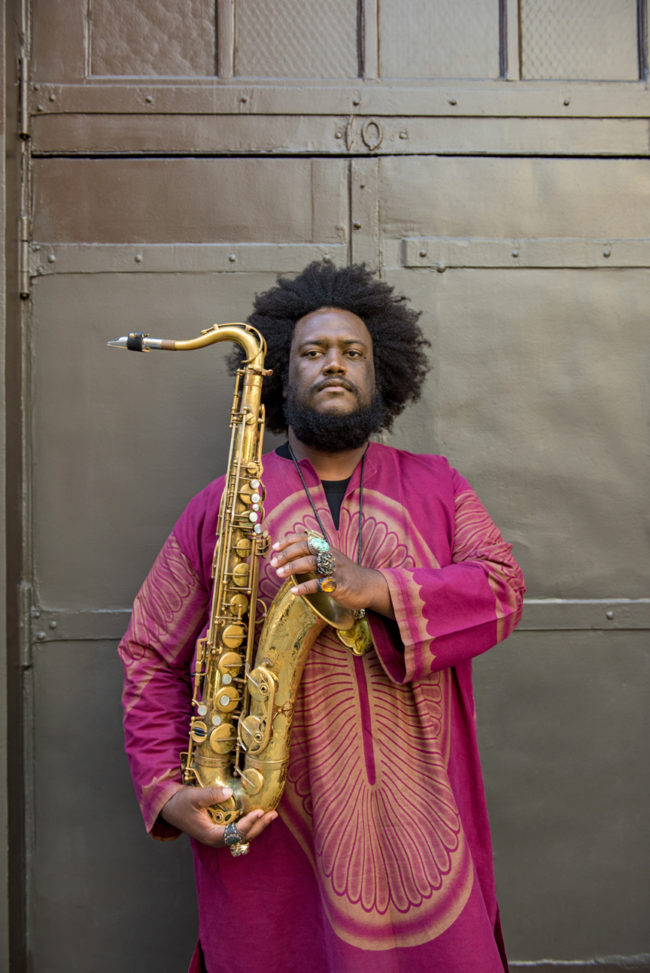 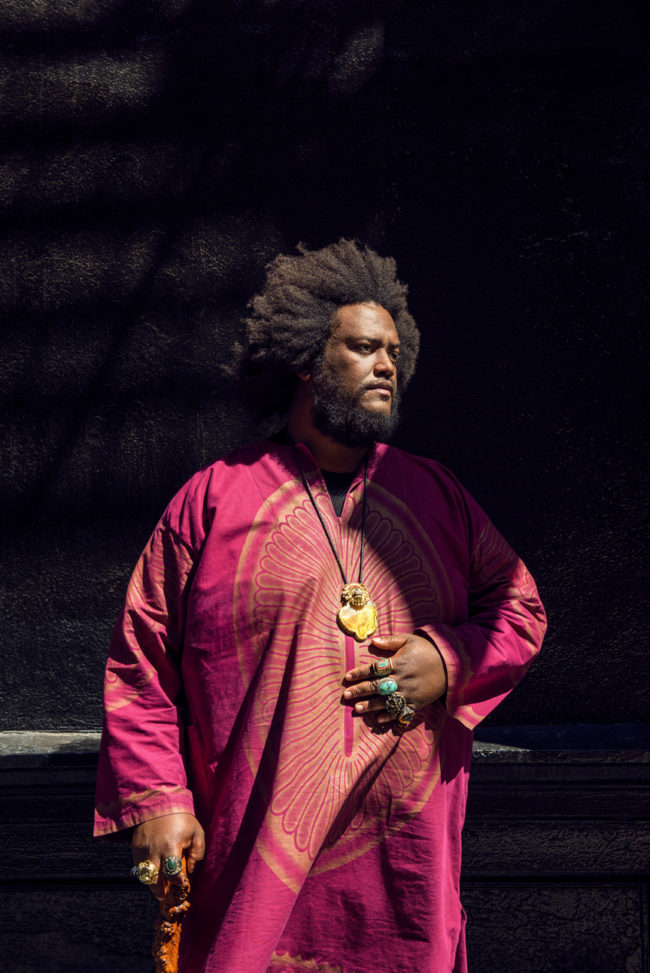 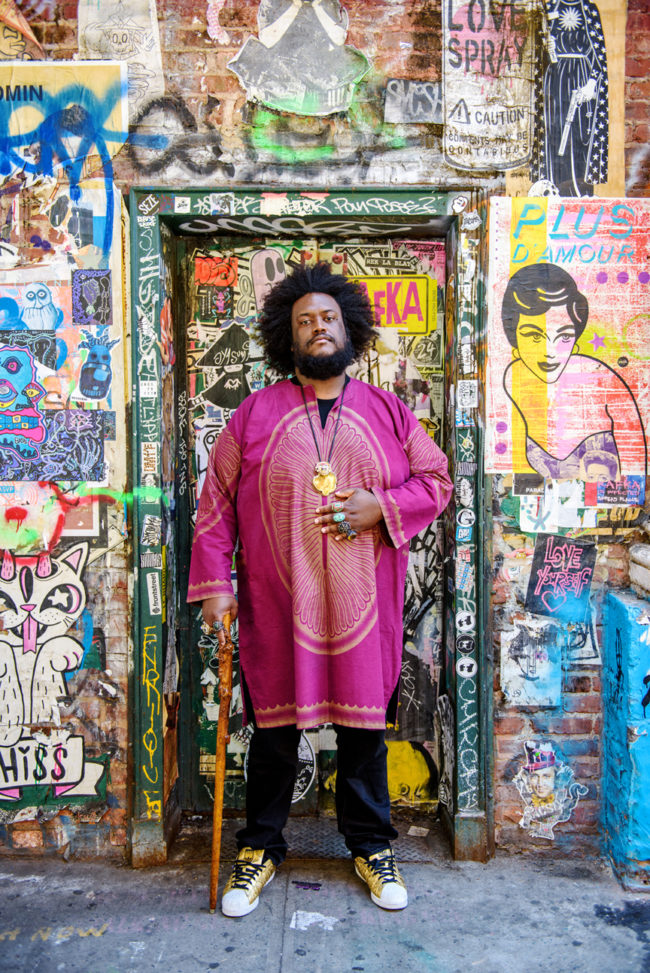 Heidi: You’ve shot so many musicians in your life, what kind of photographic responsibility comes along with working with such a change agent in the music scene?
Ray: I am the change agent! My goal usually is to take pictures that have a clear vision, not to take pictures that have been done before by other photographers .
Be persistent and lead by building trust with my subjects and clients. Some times you have to fail to move forward, “there’s more than one way to do things”.
Who, What, Where, When, Why and how is where i start…the uncertainty of change make it challenging! “Adapt or die!”

What type of direction did the magazine give you?
I’ve been working with UTR for years and  know what they want and what to expect. Knowing its a cover I need to keep it simple with negative space, leave room for text. Kasami was
so intense looking I wanted nothing to distract from that, the sun was blazing and it was one of the hottest days of the year. I wanted the sun to open up every detail in his
afro and beard. The shot looks like it was edited but really it was the electrifying sun playing with the cameras sensor. The magazine picked and mocked up a bunch of cover ideas
and I thought anyone of them would be great.

Since UTR is noted as the only real indie music magazine still around, what did you two discuss between takes?
We talked about music Art Blakey+John Coltrane and Eric Dalton. Snoopdog and how he use to play with him, Fist of Fury video game that he played and named a song after. and of course his GOLD superstar Adidas kicks

How difficult was it to shoot on a crowded Canal Street?
The Canal street images I shot over my shoulder and never looked though the camera, this makes people walk normal and not stop or duck not wanting to get in the shot etc.
It was over 100 degrees and super humid, that’s why some people have umbrellas and why i think it looks bare. The closer we got to the crossings the more people we attracted,
in the middle of the block was  more quite and we only did one pass and done. He was so big the people on the sidewalk would clear out and leave plenty of room, it didn’t hurt that he was carrying a solid wood staff about 4 feet and 2 inches round. 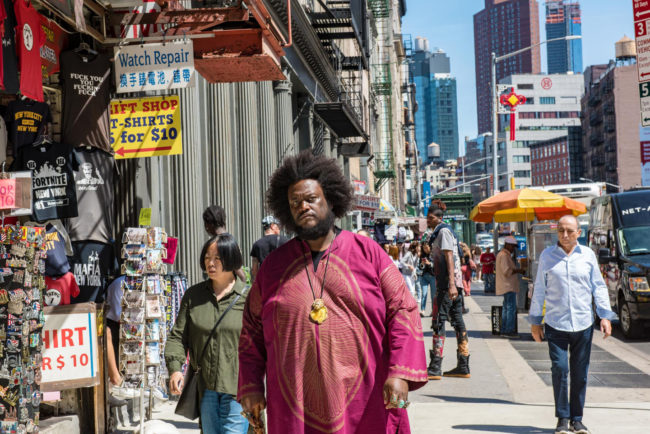 Did you two discuss wardrobe prior to shoot?
I read an article where he talks about being a big fan of african culture and the clothes, not being ashamed of being black or connected to Africa.
I told his PR people he should wear what ever he wanted. I thought be looked super cool showing up in a colorful tunic! Super Throwback! He also
had a cane/staff and trying to remember what he said about it, might have to ask PR person. He also had his sax case and the sickest pair of gold Adidas Superstars.

Tell us about the trance shot.
While flashing on set up and the only set up I used a flash ,I noticed that I was putting him in a trance. Every time the flash went off his eyes would roll back and he would be dazed for bit. I stopped using the flash. Not sure if he was doing this as part of an act” and it was never scary just bizarre. 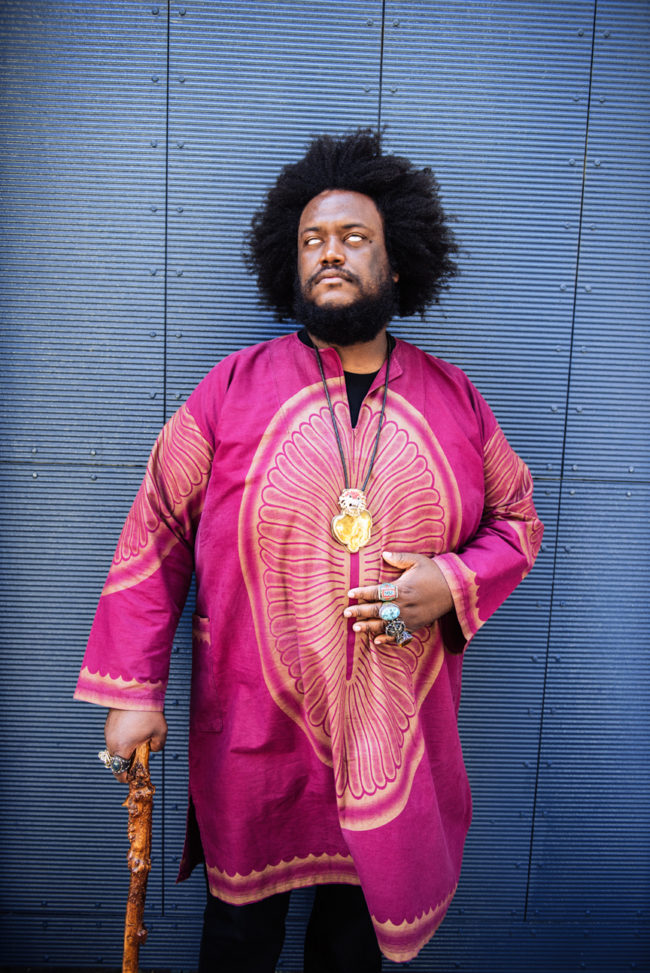 Was that sun flare in the portrait?
Prism Spread: at one point I was shooting through a small prism and the flare and refracting light suited his vibe, it was very uncontrollable and focusing racking all over the place.

Tell us about the inspiration for the ring shot/last spread of the magazine story
Close up of Hand with Rings: His rings on his hand remind of an image made over 20 years ago of Kareem Abdul-Jabbar with all of his championship rings that barely fit
one on each finger. 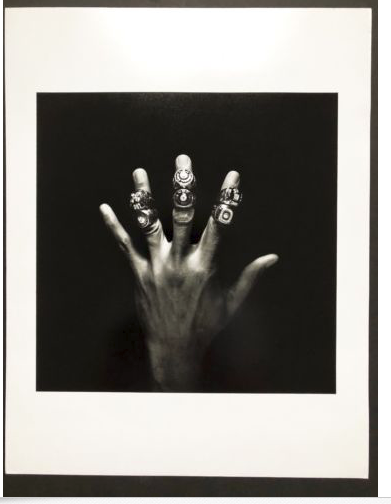 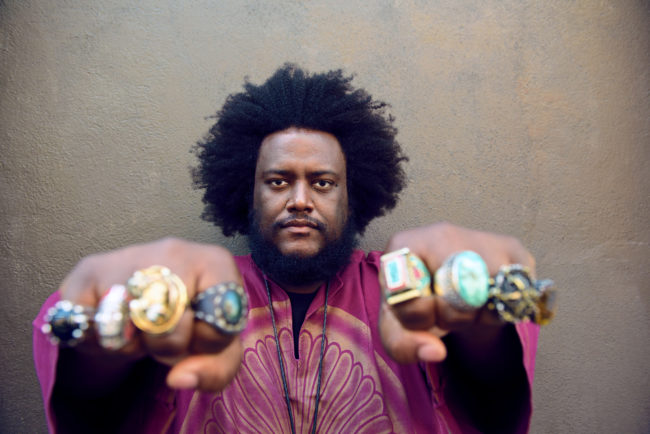