Heidi: How did this campaign come about?
JR: Medmen reached out to me with a simple concept for their latest campaign. Let’s shoot individual images based on the locations of each of their stores (West hollywood, Beverly Hills, DTLA, Venice, San Diego, Orange County, etc…) and focus on simple clean imagery where the identity if the individual is not as important as their expression of individuality. I was familiar with Medmens previous campaigns in which they have been identifying the stigma that all people consume cannabis. They executed this by showing portraits of a wide range of individuals. I know this to be true, but consuming cannabis is still very much “under the table”, though legal here in California, and Medmen has done a great job making it approachable to everyone.

Tell us about the creative process
It truly was a complete collaboration and Medmen was very open to my suggestions. I scouted locations for three days with them to figure out what would be the best locations and the best times of day to shoot each image. Some initially concepts worked out well, but once we scouted the location, new ideas formed that shifted to what you see today. I believe that a location often dictates the image and its best not to force an image upon it. Medmen was very understanding of the way I liked to work and create and this allowed these images to truly reflect both our visions. Which is why I believe they are so strong.

Were the images shot full length than cropped later as a concept?
Cropping out the heads was always part of the concept, but needed to be shot. Every image was shot on a single frame, knowing that the crop would take away half the image. The actually finished images where much wider then the ones seen on the billboards. It was fun to shoot for a crop that wide. Everything was shot in camera. There were no green screens. 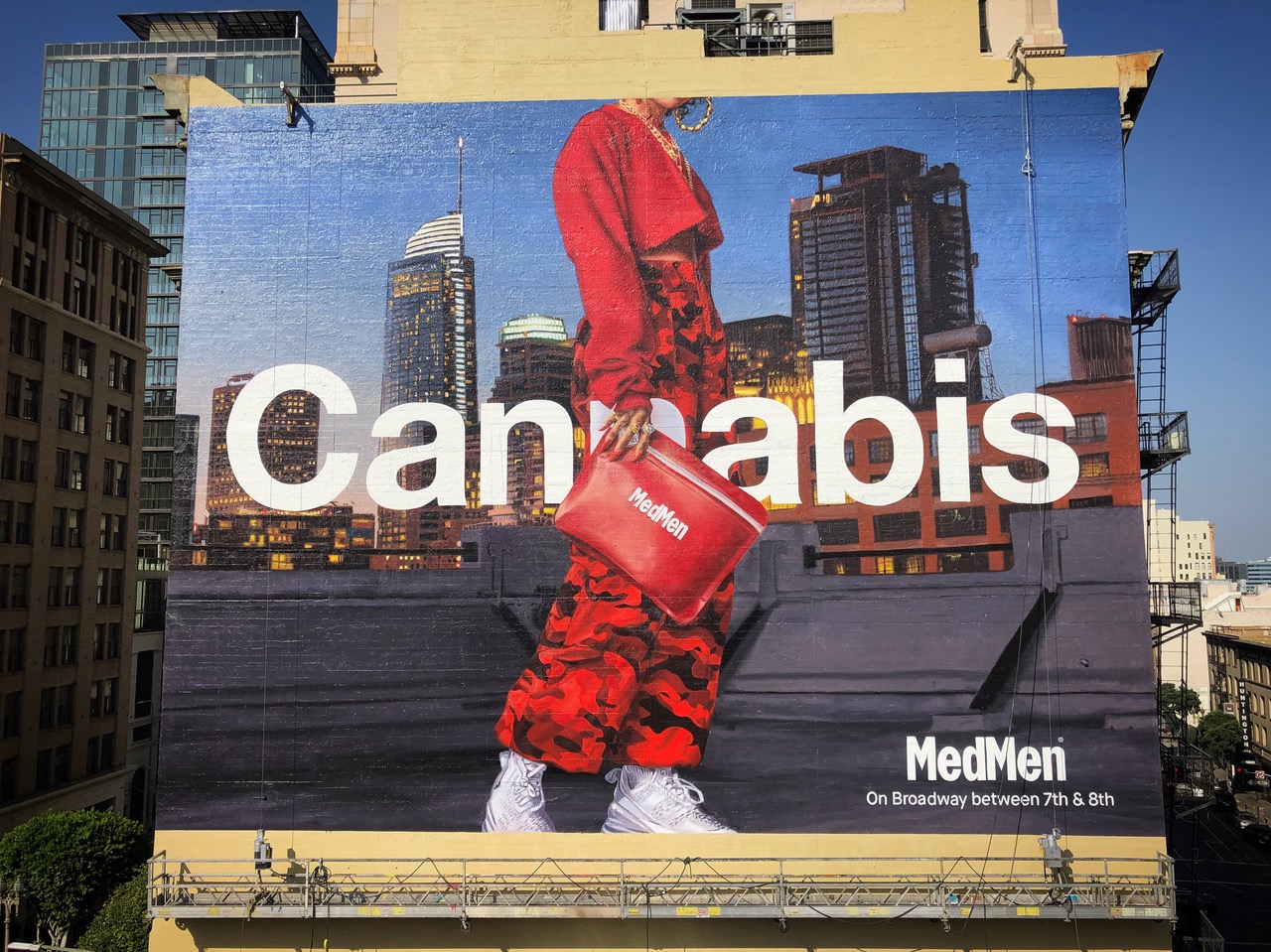 This is a 4 million dollar ad campaign, tell us about its reach.
There are 36 billboards around LA, Wildpostings everywhere, T-shirts and all their delivery trucks (where I believe there are hundreds) all have my images on them. Not to mention ads in local magazines and newspapers. They recently just put up a 7 story tall hand painted mural of my image in DTLA. It’s so cool to see! It really is a big push by them and I think it’s an important campaign to help educate or direct people to start educating themselves on cannabis consumption.

Here’s a clip on NRP about this ad campaign