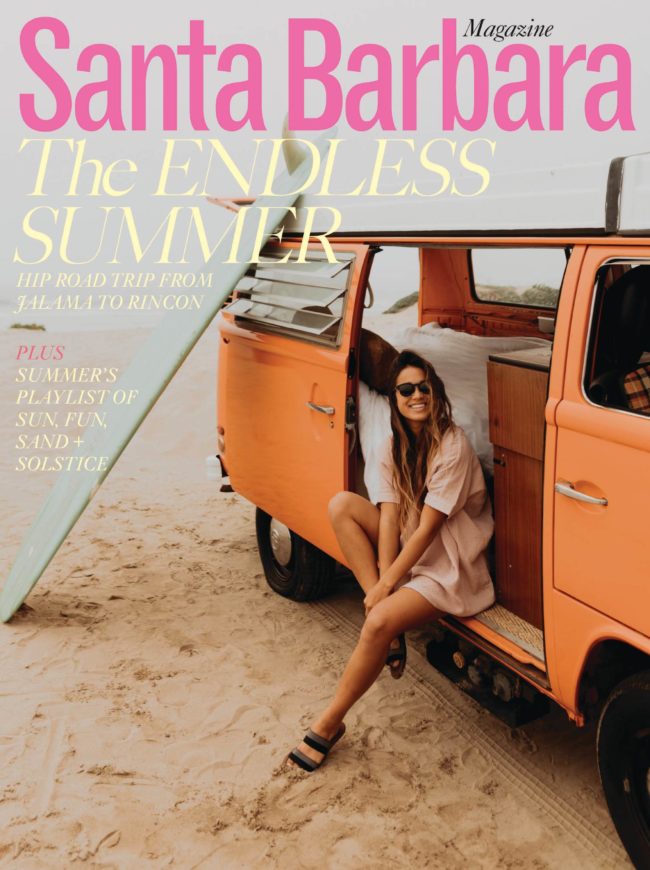 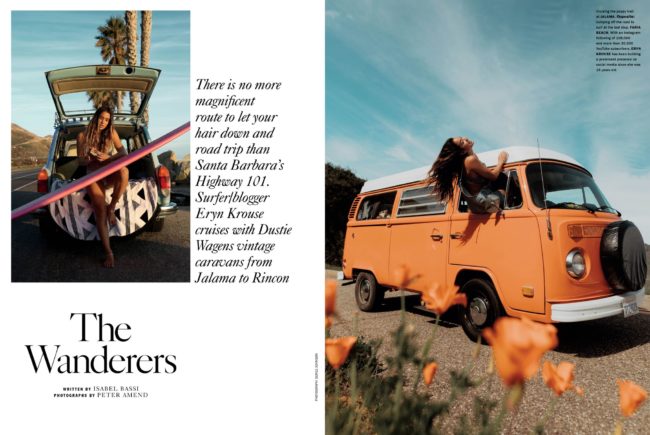 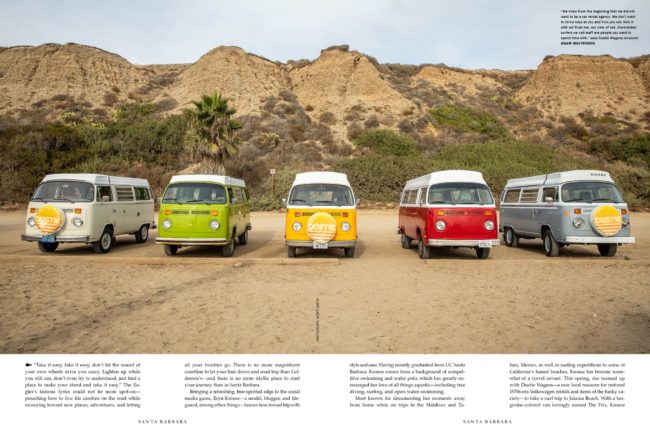 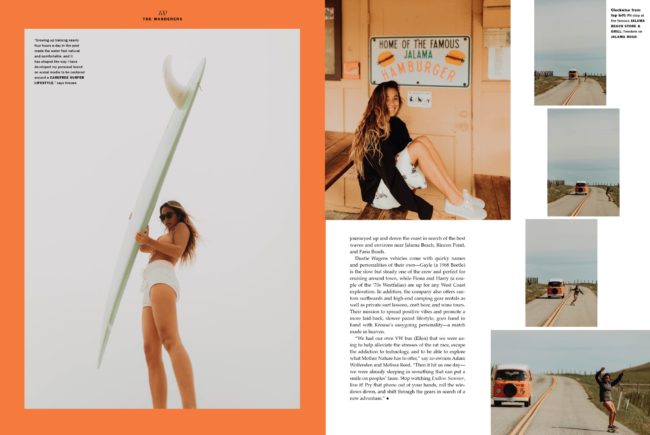 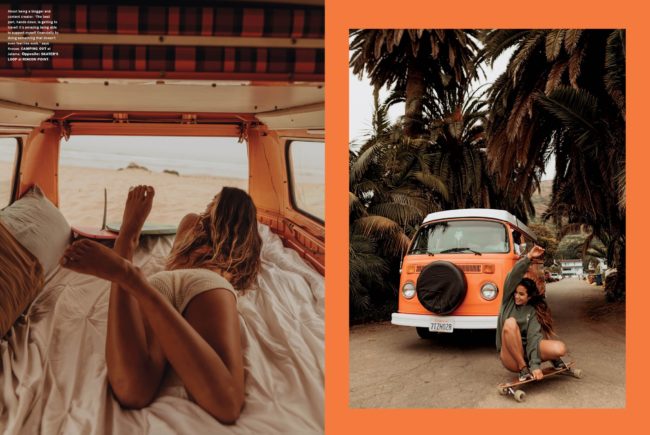 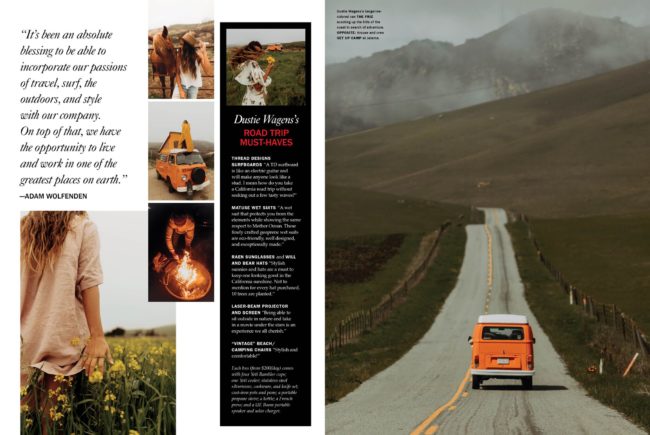 Heidi: How many days was your road trip?
Peter:We spent about three days together on the road – which gave us time to enjoy the trip and not feel rushed or stressed out when the weather or light wasn’t right. Also – because we had plenty of time, it felt more like a ‘trip’ than a ‘shoot’, which always translates to a more authentic story and experience. Eryns boyfriend Michael accompanied too – bringing some good vibes to the mix as well.

Did you have a shot list or was the shoot more organic?
I try to avoid having a shot list, whenever possible. We certainly had a moodboard of themes and styles we were hoping for – but there were few ‘shots’ that had been pre produced. I like to think that my production style involves 50% preparation, and 50% magic. I don’t like to be so pigeonholed into a location or ‘shot list’, that you lose the ability to float on the freedom of inspiration.

Did you also drive in a vintage rig?
Firstly, the vans from Dustie Wagens are sweet – you can have your own Volkswagen experience by renting them locally in SB, without having to own and maintain one.  But my ‘home base’ on the road consists of a 2011 Toyota Tacoma, with a camper shell & rooftop tent. Because most of my work revolves around remote locations, it’s really important to me to have a reliable rig for transportation, gear storage, and sleeping quarters. I’ll always have a soft spot for vintage vans – my first two vehicles were VW’s – but as any owner knows, you’re gonna need a tow truck company on speed dial. And that’s not an idea I can comfortably rely on – especially when a job is on the line.  Thankfully, we had it available to yank the van once it stalled out and starter died on a three-point turn on a windy road.

How many hours per day did you spend with Eryn?
Aside from sleeping, we were together the entire trip! It’s really important for me to work with subjects that are not only talented and photogenic – but also genuinely enjoyable humans. Much of what I love to photograph revolves around human interactions with nature – and it’s important for me to have a relational connection based on trust and friendship.

Did you and she discuss the plans for the day and they figure out the key shots?
We had a rough idea of what the day looked like as far as locations, and potential shots – although some of my favorite images were when we pulled over on a side road after seeing a poppy-covered hillside, perfectly matching the color of the VW. These kind of things can’t be planned – so that flexibility is important.

Did you have shots figured out in your mind before you started?
One of my favorites was Eryn carving on her skateboard in front of the VW van that turned out just like we had hoped. There were a few images I had in mind that didn’t make the spread – a portrait of Eryn on her longboard in front of a gloomy gray Santa Barbara fog bank, and another of Michael throwing up a ‘shaka’ from underwater. Sometimes you imagine a photo and it turns out just like you saw it in your imagination – those moments are what gives you a lot of satisfaction as a photographer – aligning the technical ability with the imaginative forecast and creative preparation.

Did you have an assistant or was it just you?
I find that having an assistant is a huge distraction – so nope, it was just me. As much as I’d love to have assistance with lighting scenarios, gear loadouts, or even someone to drive when I’m exhausted – I feel like having a small footprint translates well to the experience I try to provide the client.