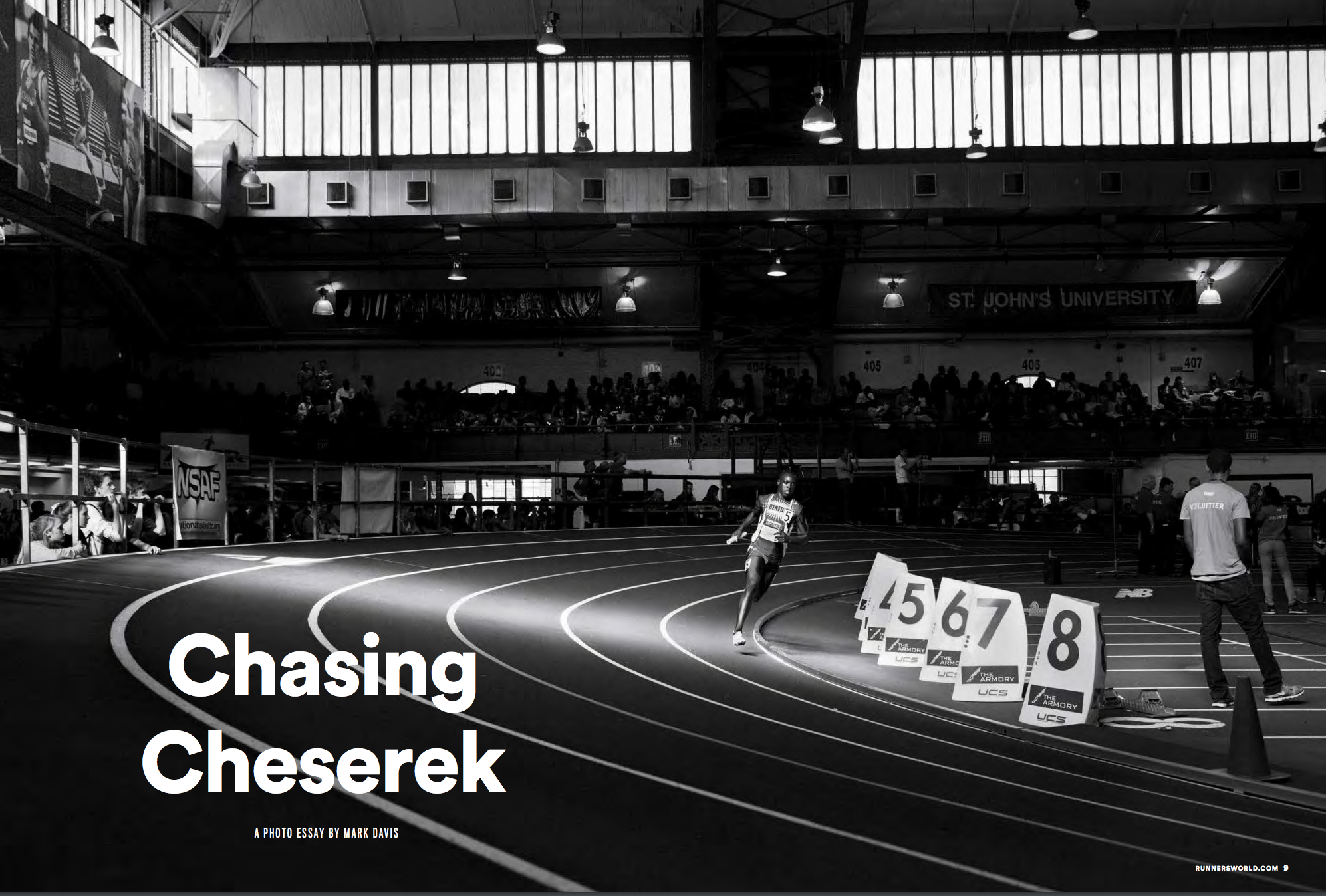 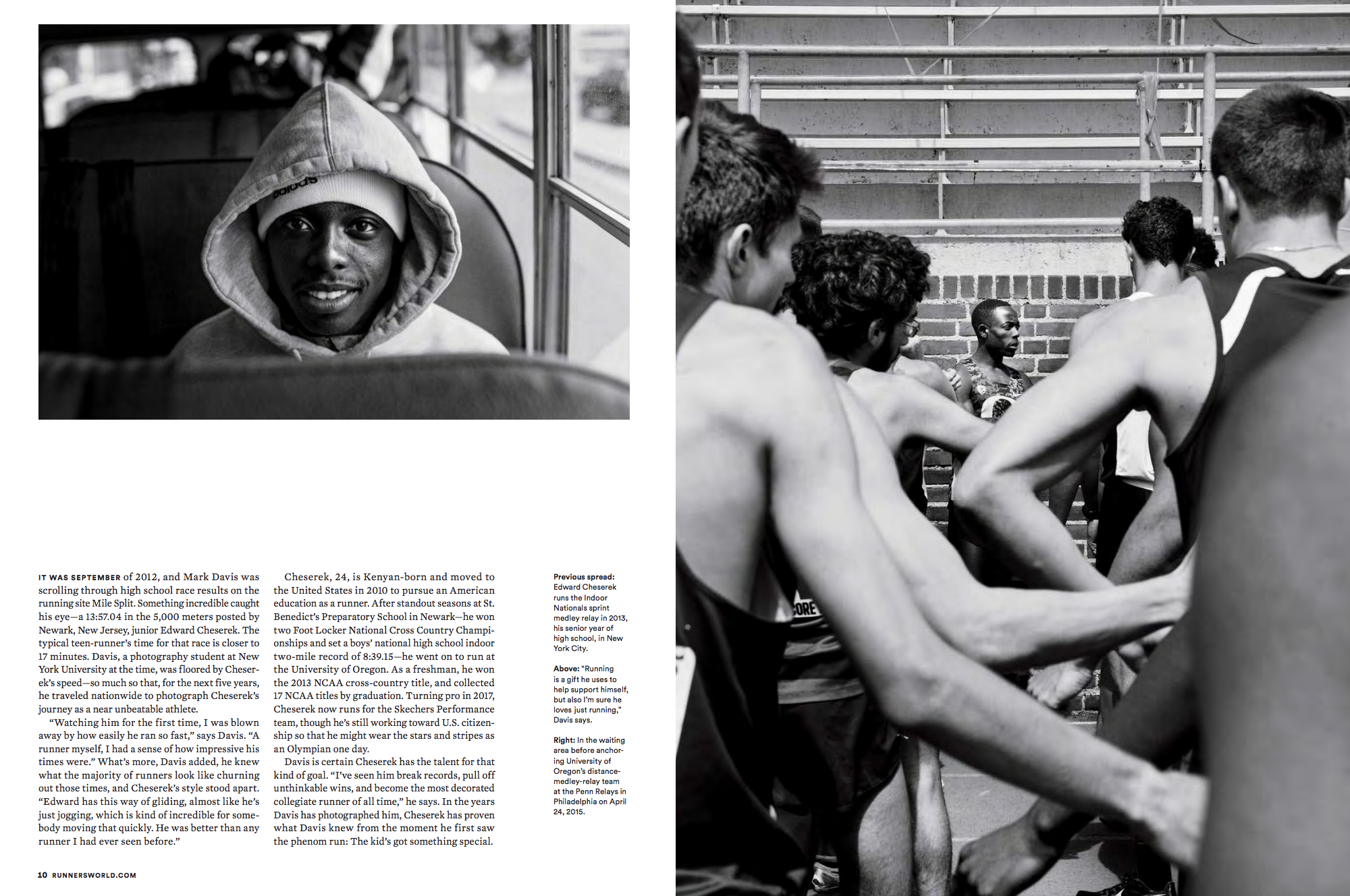 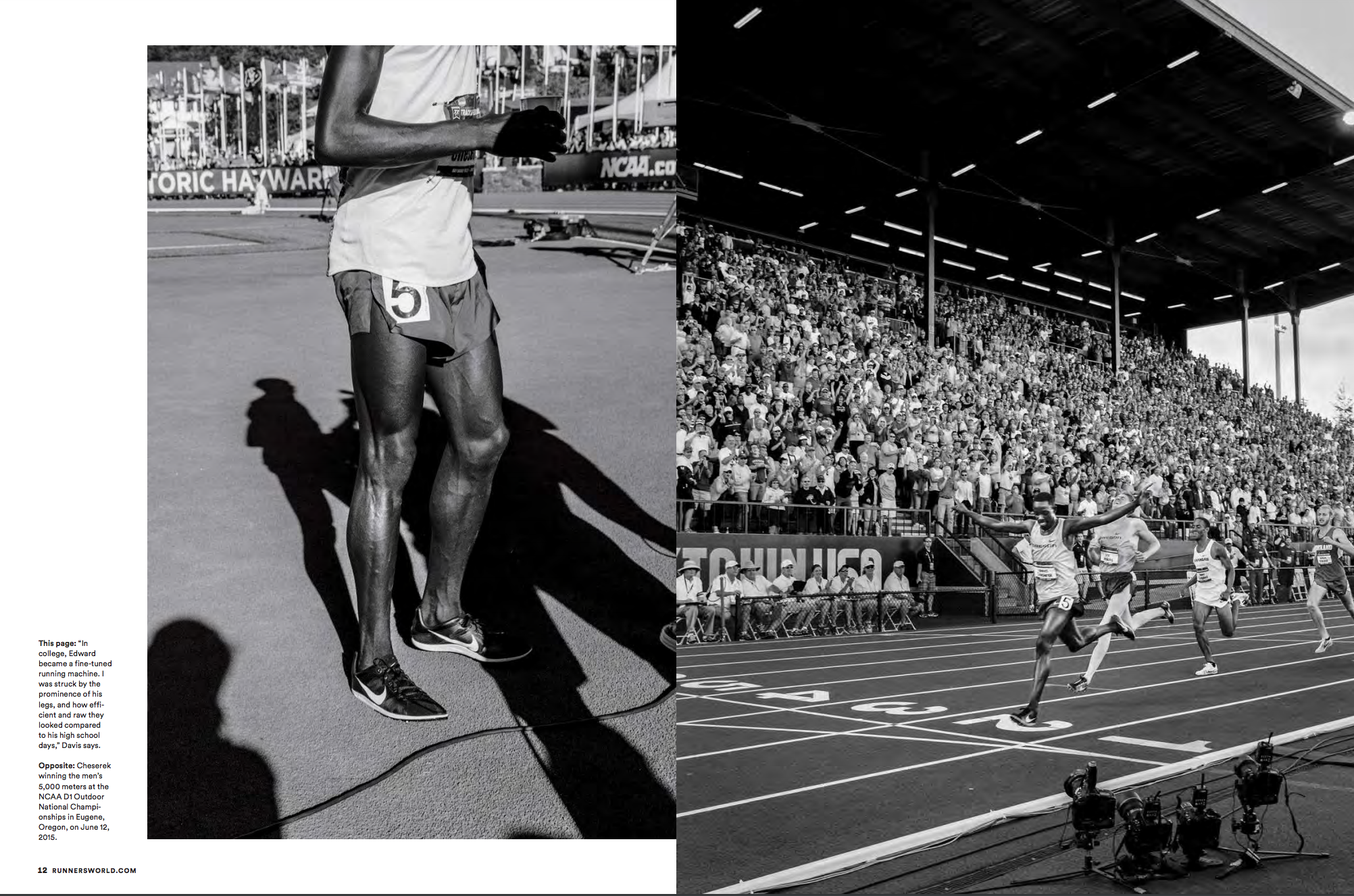 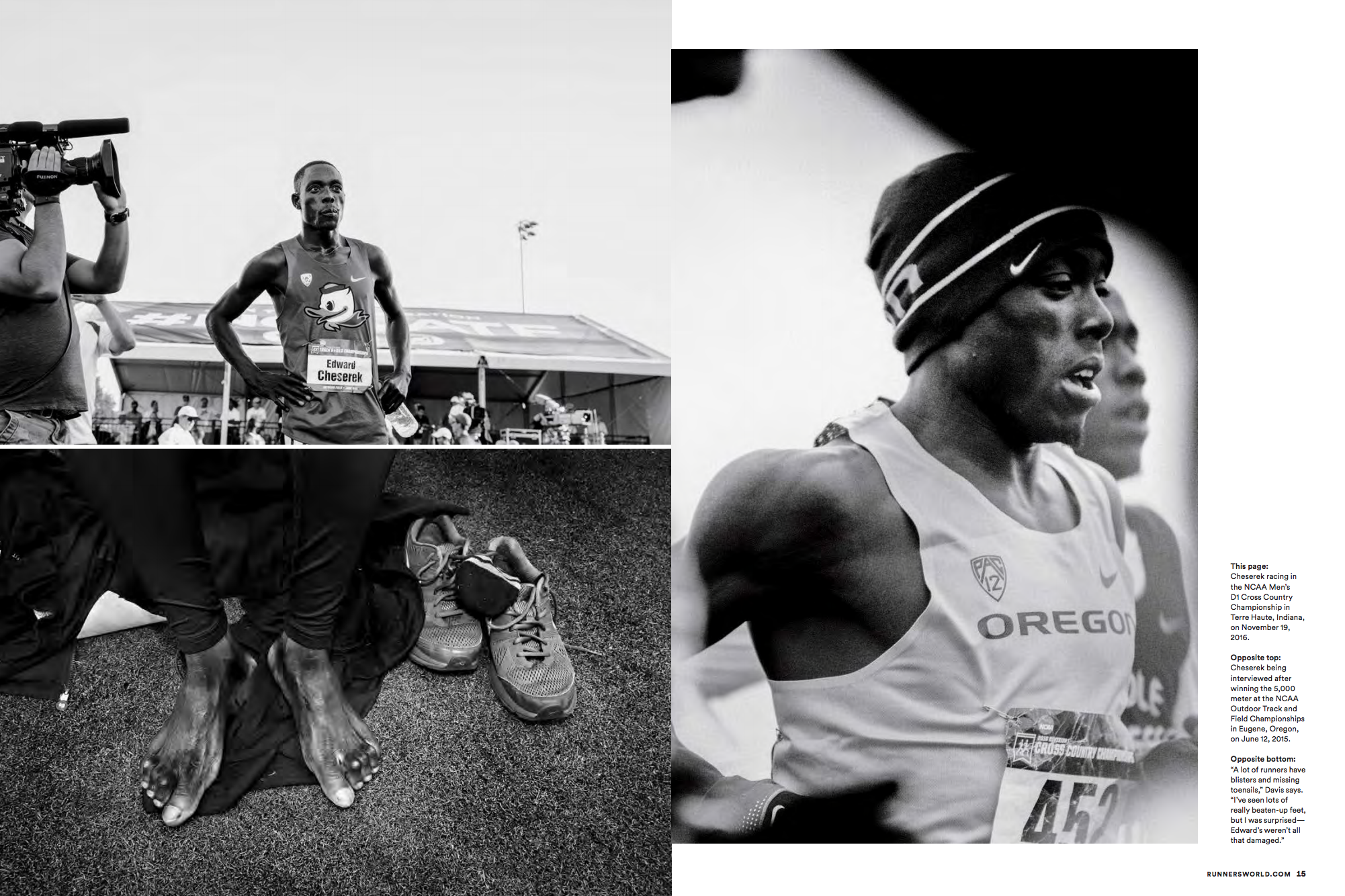 Heidi: How did this story come about?
Mark: When I was a sophomore at NYU’s Tisch School of the Arts, I was in a photojournalism class taught by Whitney Johnson—who at the time was the Director of Photography at The New Yorker. For that class, we had to come up with half semester long documentary projects. I had no idea what story I wanted to pursue or how exactly to go about finding one. I was a competitive runner in high school in the suburbs of Pittsburgh, and one evening while trying to do research for a story for my class I was browsing a running website I used to look at during my high school days. I saw an article about a young Kenyan runner who was on scholarship running at St. Benedict’s Prep in Newark, New Jersey. I was blown away by the times that he was churning out, so I decided to try to do a photo essay on him. With the encouragement of my professor, I went to one of his cross country races in the Fall of 2012 and approached Cheserek and his coach to see if they would be up for having me around. They both said it would be fine and that I could tag along to the races. Quickly after starting the project, I knew that this story wasn’t going to end anytime soon.

Did you pitch this to the magazine?
A good friend and a fellow photographer, Jonah Rosenberg, connected me with the Director of Photography at Runner’s World, Amy Wolff, who immediately expressed interest in publishing the work.

Why did you choose to shoot this in BW?
If you have ever been to running or sporting events, you know that there are so many colors involved. As I started to shoot this project, it became clear to me that there were frames that just wouldn’t work in color. Neon can be visually overwhelming and really distract the viewer from the subject in the frame. Shooting in black and white gave me the freedom to focus more on form and shapes and not worry about a neon jacket or jersey completely ruining an image.

Who funded this project?
This project was self funded. I had the feeling that Cheserek might become one of the great distance runners of our time and so I felt compelled to make it to as many races as I could over the past six years to see where Cheserek’s career went. I was thinking of other great athlete’s like Muhammed Ali and Steve Prefontaine, and the visual history of their careers. I felt that I was witnessing the rise of another sports icon.