Once upon a time, Billy and Sally Bunny were frolicking in the front yard.

Behind them, Aspen trees swayed in the light breeze; the leaf-flutter shadows dancing on the wall.

(Yes, bunnies know what shadows are. Duh! What did you think, bunnies were dumb, because they have small brains?)

Sally Bunny had her back to the trees, and the rich, red fence behind them. Billy Bunny faced her, his back heels sitting on the concrete steps that divided the front yard in two equal parts.

(Of course bunnies can do math. Get with the program!)

Sally and Billy faced off, and then Sally pounced at Billy, her front legs a blur, like vintage Cassius Clay, as they forced Billy back.

“I didn’t have to step back, you know. I wanted to,” he taunted.

“You wanted to? Are you fucking kidding me? I made you step back. My Bunny-Fu is far too quick for the likes of you. Puny bunny,” Sally replied.

The bunnies resumed their positions, and upon some instinct-driven signal, Sally pounced, and Billy retreated.

“Whatever. You’re faster. A better bunny-fighter. I get it. You win. Satisfied?”

“Not really. When you put it like that, it takes all the fun out of it,” Sally said.

“Fine. I’ll try again. You’re the best bunny fighter I know. Much quicker than I will ever, ever, ever be. (Pause) Is that better?”

“Do you think the humans know we can see them,” Billy asked?

“What do you mean, do the humans know we can see them?”

“Standing there at the window. The four of them. Do you think they know that we know that they’re watching us,” Billy wondered again in earnest?

“They must know,” Sally replied. “They must. How could they not? Just because they’re humans, and we’re bunnies, that doesn’t mean we don’t have eyes and brains? That we can’t distinguish a human from a hawk from a field mouse? Why would they think that?”

“Good point, cousin. That wouldn’t make any sense. They must know we can see them, and that we can talk to each other, same as they can. And that you’re a better fighter than I am, but my Greek Salad is the bomb.

“Speaking of which, I hope the human boy watches “Chopped” again tonight so I can pick up some more tricks,” Billy said, and then the two bunnies hopped off.

We watched those bunnies this week, after my daughter noticed them facing off. I’m 100% certain the above story is true, and you’ll never convince me otherwise.

But I thought about the whole thing again today after looking at “Once in Harlem,” a new photobook by Katsu Naito, published by TBW Books in Oakland.

Now that the transition is over with, I have an announcement to make. This is the first week in many months that I didn’t publish a female photographer in this slot.

I made up my own rule to alternate male and female photographers, as a way of creating a balance to a book selection that had become wholly unbalanced. (Almost all men.)

Today, (I’m writing on Thursday,) I honestly didn’t have a book in the stack I could review by a female artist, and I’ve put out the call many ways, as you’ve seen. I’ll do more outreach in the coming weeks, and do have a potential book for next week that is reading-heavy, so I’ll get started on that first thing Monday morning.

But I’m not going to compromise the integrity of the column, and am featuring a photographer of color today instead, so I think that satisfies the spirit of diversity we’re trying to foster here at APE.

Back to the book.

The end notes confirm that the Katsu Naito lived in Harlem from 1988-94, but really, it doesn’t matter.

The looks on the subjects faces, of suspicion, disdain, hopeful curiosity, sardonic humor, or straight-up-stare-down, are so damn good.

Some of these people look at Katsu Naito like he’s an Alien with three arms sticking out of his head. Or the Earth-bound ghost of Andre the Giant.

Or a talking bunny!

This book is one of the rare occasions where you really don’t need words at all.

We can imagine them.

When I looked at one photo, I heard Gary Coleman’s voice spontaneously in my head, “Whachoo talkin’ ’bout, Willis?”

And when I got to the picture of the little baby holding a bottle, mad-dogging the camera, I nearly peed in my pants. (And I never pee my pants.)

Oh man, this stuff is funny.

It’s rare that photographs so clearly depict the residue of the interaction between photographer and sitter. The exchange is written all over their faces.

The photographs are evidence that getting out of your lane in life can provoke strong reactions, but also opportunities for massive growth and new knowledge.

I don’t know Katsu Naiuto personally, but I’d be willing to bet he came out of his time living in Harlem, (six years,) a wiser, different person.

It serves as another great reminder why supporting diversity matters. When people from different backgrounds and cultures mix, new ideas emerge.

Bottom Line: Fantastic portraits by a Japanese guy in Harlem 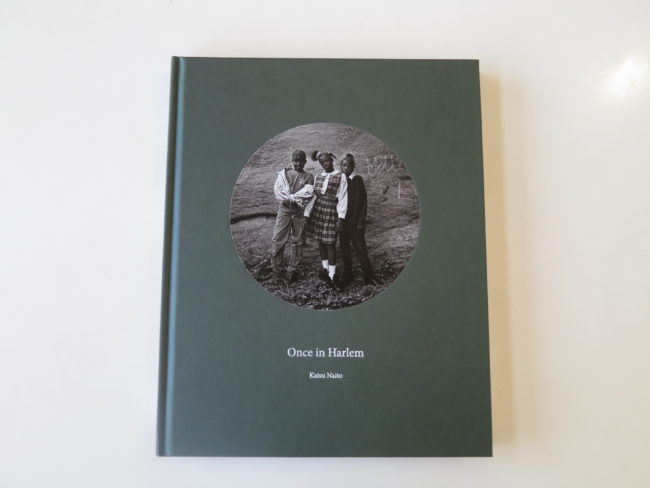 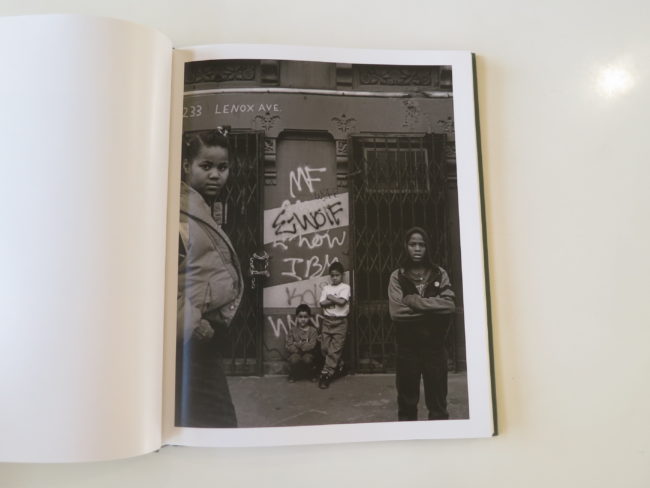 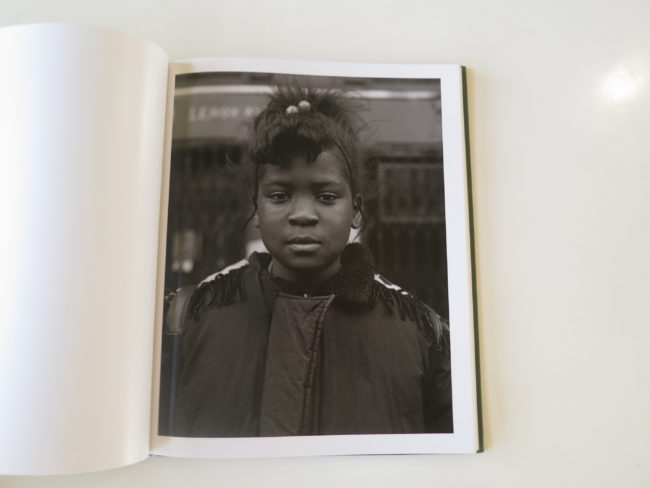 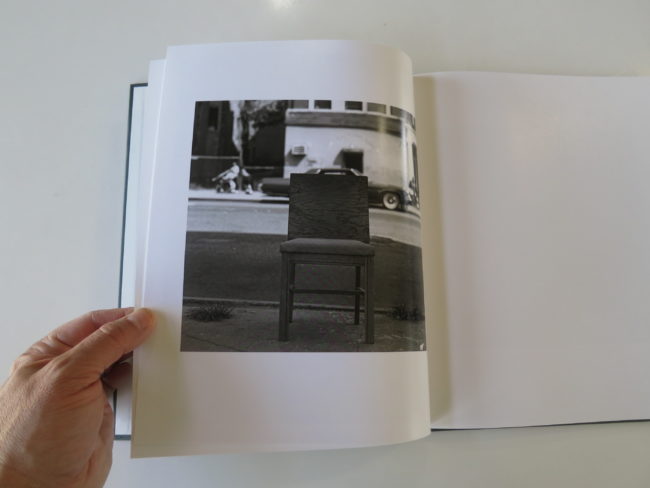 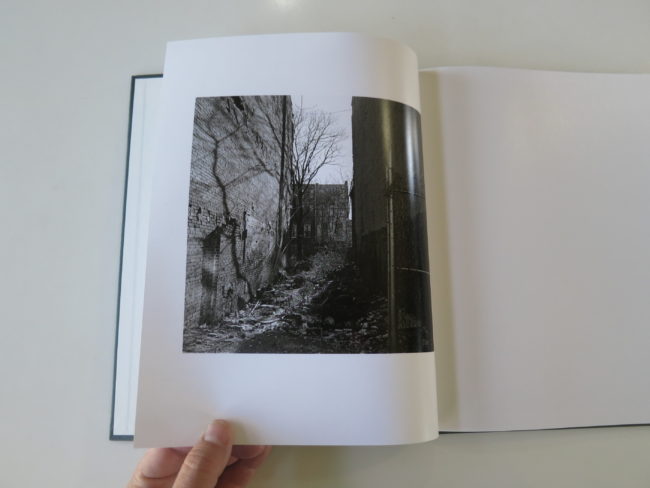 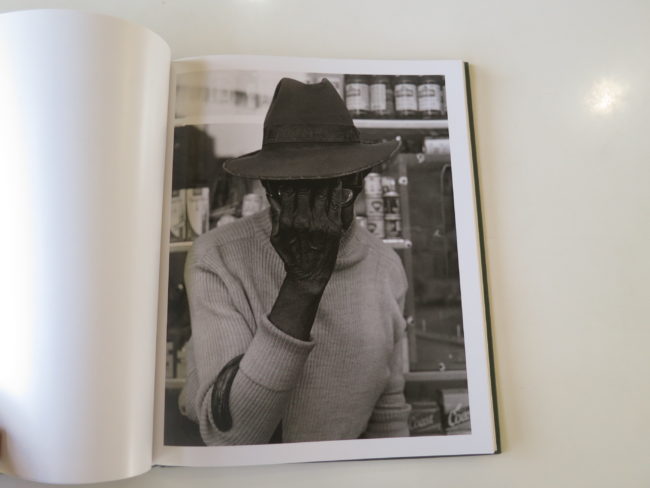 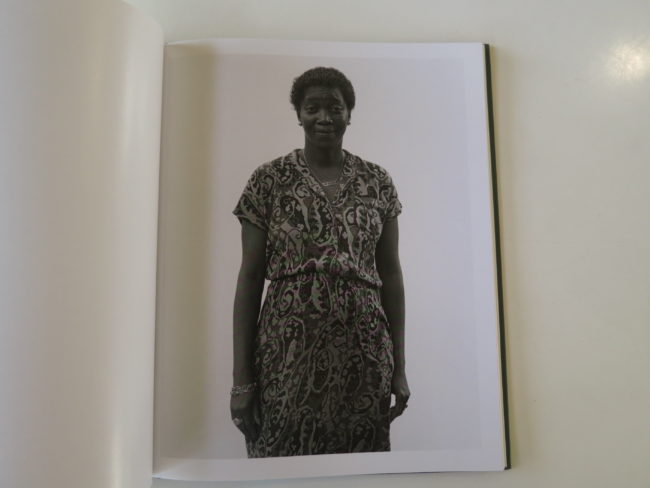 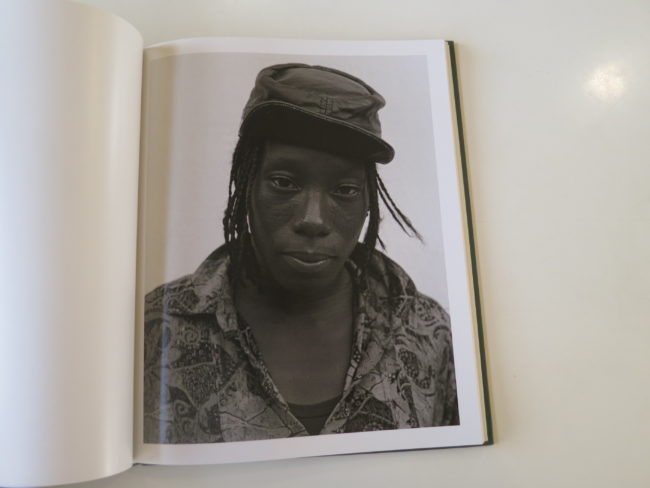 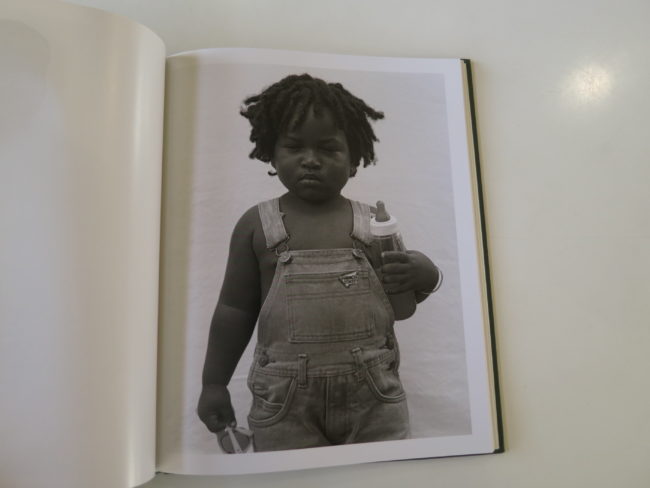 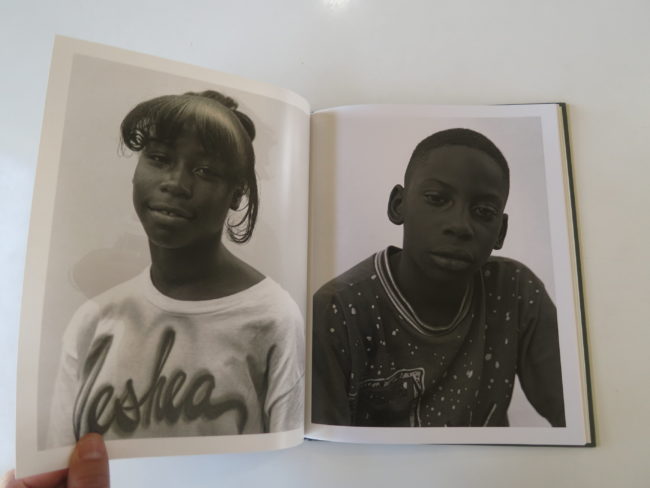 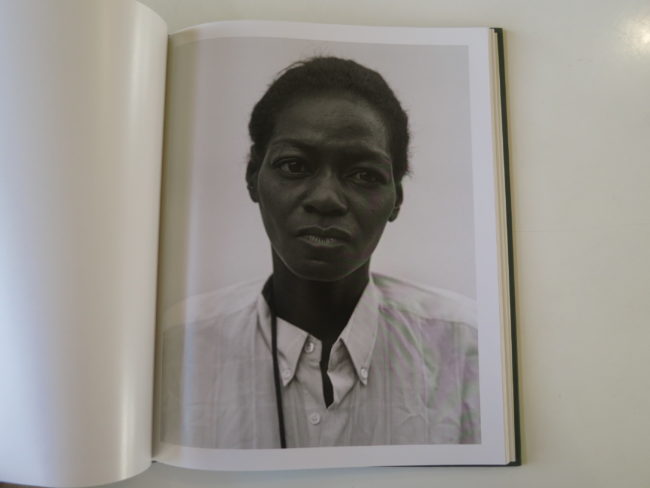 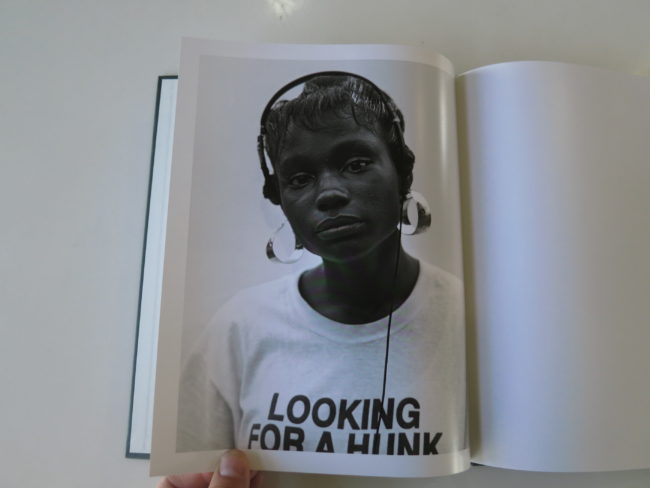 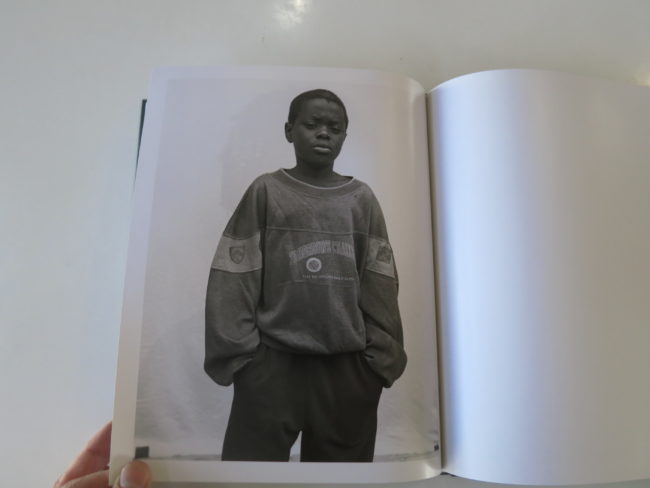 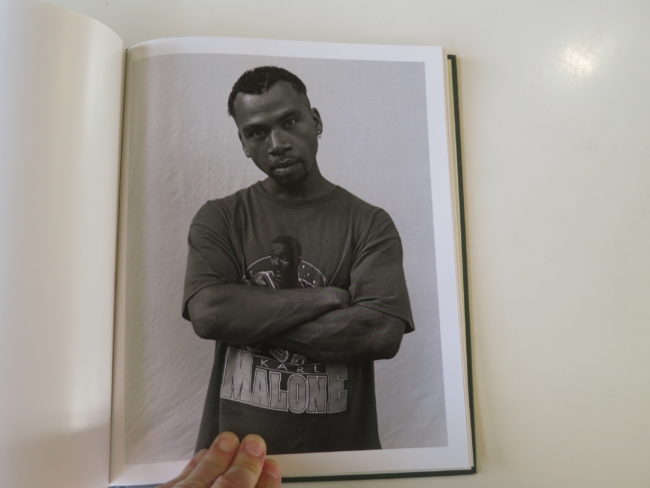 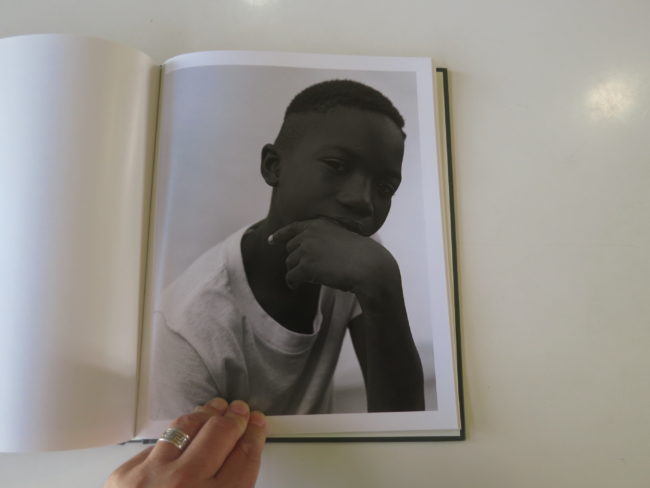 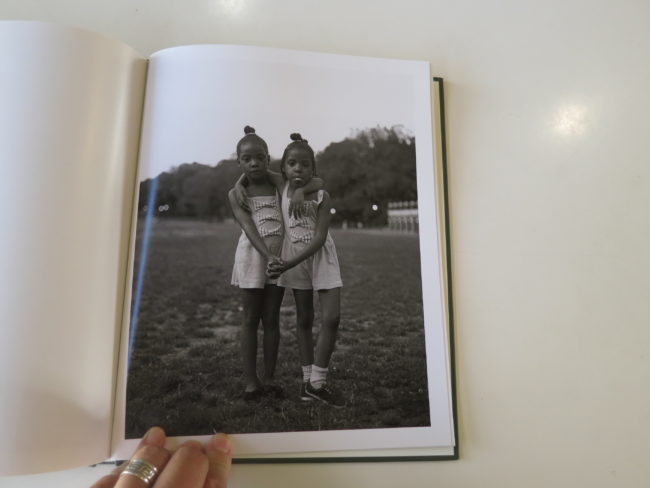 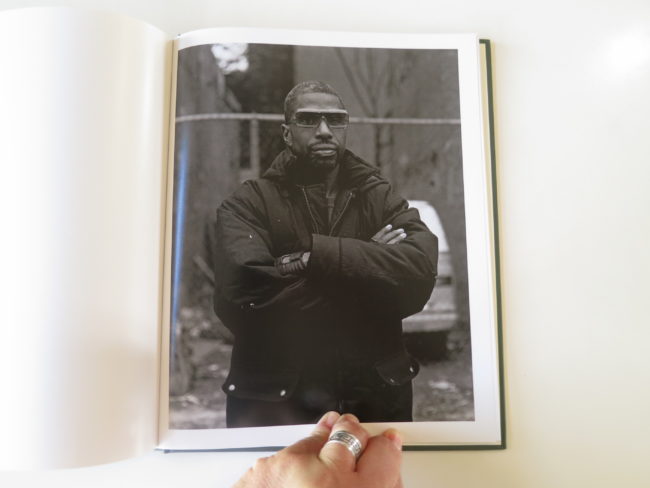 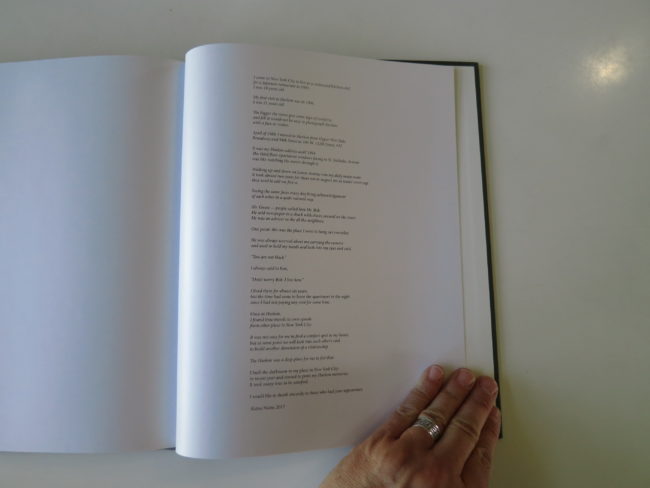 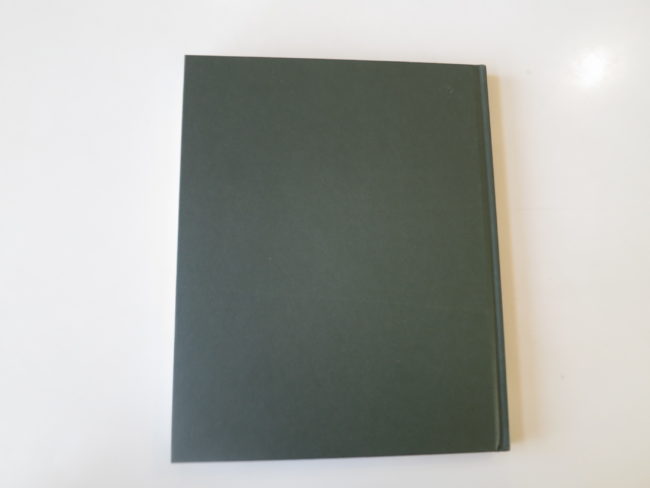