This is a true story.

Back in 2013, almost five years ago, I began writing for the New York Times.

Though I’d been blogging for four years by then, it still seemed like a major leap.

I remember thinking that people were whispering, can he write in a serious way? Isn’t he just the guy who obsessively talks about himself, and says fuck a lot, and makes jokes?

(Obviously, five-years-ago-me thought people actually talked about him. 44-year-old-me knows people are too busy just-getting-by to wonder what I’m doing out here in my horse pasture.)

Anyway, it will be five years in May, and I’ve written 45 articles, so I guess it was always going to come around again.

I recently sent a pitch to a local magazine, and included a few of my NYT clips. I heard back that they liked the idea, but wondered if I was also able to write in a more light-hearted, whimsical style?

After the LOL, I quickly sent them last week’s column. The one with an opening sentence that includes the word shit.

I admitted the subject matter was serious, mental illness and darkness and all, but the jokes showed I could handle it with a light touch. I explained that most documentary photo books, which include most of my submissions, often have a heavy socio-political theme.

I’ll admit that I’m writing on a Thursday, and my kids are binge-watching on a Kindle Fire in a bedroom nearby, because they don’t have school today.

But the first book I picked up, which I’ll review in a different week, when I’m not on deadline, it was another one with a powerful, political subject matter.

And lots and lots of reading.

I rarely do this, but I put the book down.

After all the heavy books lately, it didn’t feel right for today.

I wanted something lighter.
Something visual.
Digestible.

I knocked on my son’s door, as my book stack is in his closet, and interrupted the digi-gorging so I could grab something else.

I swear I never do this.

The first thing I found, from the top the stack, had a woman’s name on the envelope, and I’m trying to alternate male and female artists each week.

This was the one.
I could feel it.

It came with a nice note, from someone named Victoria Will, and she complimented the column. (Thanks, Victoria.)

The cover featured what looked like a tintype of Maggie Gyllenhaal, and it reminded me of an image I once saw on Vulture’s best photos of the year, of Philip Seymour Hoffman shot in that style.

It stopped me in my tracks.

I included that one on a list of my favorite images, on fototazo, and then it receded into my memory.

But the second I saw this Maggie Gyllenhaal image, it made me think of PSH.

That one was one of Victoria’s too, and this book, “Borne Back,” was published in 2017 by Peanut Press, and features a set of tintypes made at Sundance. (Including Robert Redford himself.)

I admit, in the context of this review, the book serves as the metaphorical “Us Weekly,” something light and easy, when I don’t feel like exercising my brain too hard.

But, to be clear, that’s not true.
And this is a true story, remember?

Actors are professionals at communicating information through their bodies. It’s not just the eyes, though they’re of course the most important part, if we had to rank them. (And Hollywood loves a good ranking, no? A list, B list, C list_)

I know professional models do it too, but actors emote in real time, all the time, for a rolling camera. They master the subtle nuance of movement, and the good ones can bring that out for a still camera too, under proper direction, from someone who knows what they’re doing.

That’s the premise I felt behind this work.

An intro by actor Jason Momoa confirms that Victoria Will makes people feel comfortable in their skin, and then she makes tintypes, which naturally contrast the old school with the contemporary.

I’ve seen a lot of people work with tin types lately at portfolio reviews, and remarked on that in this column, after my trip to Photo NOLA last December.

Here, though, it has a defined purpose. It creates this temporal clash.

Add the textural power of the gloopy or sliding chemistry, and it allows for a stylistic structure that gives a boost to the famous faces.

Which explains why that image of a dead actor came back to me
so quickly.

I remember him best as Brandt in “The Big Lebowski,” more than anything. And then how I felt when I read that his performance in “The Master” was closer to reality than I could have known.

But of course I never knew him.

Celebrities are in the odd position of having millions of people know who they are, and feel some odd connection. They actually ARE gossiped about by people all the time.

People in Spokane.
Or Des Moines.

In that sense, we imagine celebrities perfect the public face; the extension. “I’ll show them this, this outer skin, and it will keep them happy, and they’ll buy their movie tickets, or downloads, or however the kids are consuming content these days, and the real me I’ll keep for myself.”

Scoot McNairy looks like Caravaggio himself, and that dude
was so good in “Halt and Catch Fire” and “Godless.” (Shout out to Scoot McNairy.)

Billy Crudup looks like an Edward Weston vegetable.
Lance Reddick looks like he knows what I’ve done when no one’s looking.

Nick Cave looks like he was drawn, not photographed.

And Scott Weiland stopped me in my tracks.

I was 19 when Stone Temple Pilots first got hot. Now that the 90’s are trendy again, we should give those guys their due. No, they weren’t Nirvana, but then who was?

STP were loud, and brash, and they had that theme song to “The Crow,” which I saw in the theaters with Evan Lucash back in Jersey. (Shout out, Evan.) It featured Brandon Lee, another tragic hero, and he died during the filming.

We mark our lives, sometimes, by the art we consume, popular or otherwise.

We use elements of culture to understand who we are.

“Borne Back” gets this, which is why the edit leaves Scott Weiland for the final photograph. (And Sam Shepard as the first.) He’s far from the most famous, Weiland, nor the most important artist in this book.

But he died recently. And people of a certain generation (X) will know that.

It exacerbates that final part of why I like this work.
The permanence.

Sure, these are scans.
But they’re scans of plates.

Those plates are one of a kind, and if treated properly, should last for hundreds of years.

There’s a plate somewhere with Scott Weiland’s face.
It outlasts him already.

In this obsessedly-digital-world, reminders of the analog, of the 19th Century, give these pictures extra frisson.

It’s the perfect book for today.
See you next time. 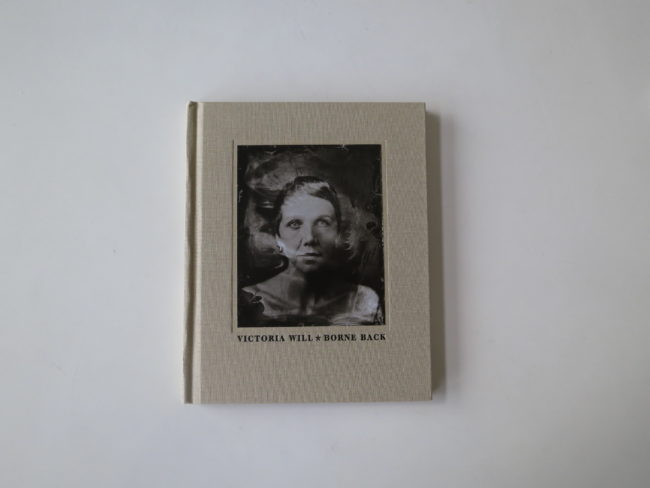 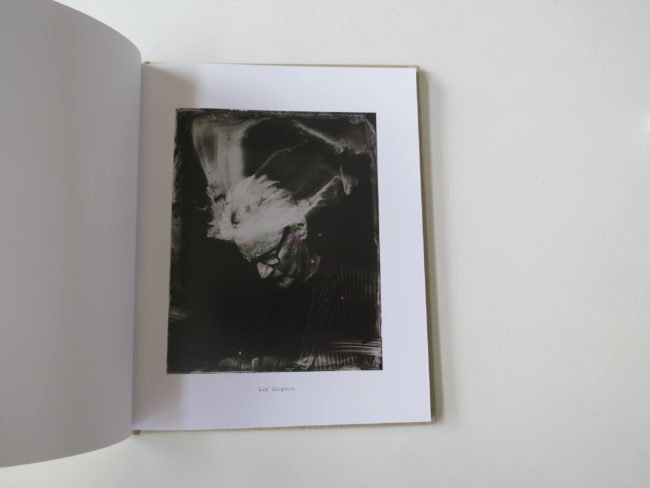 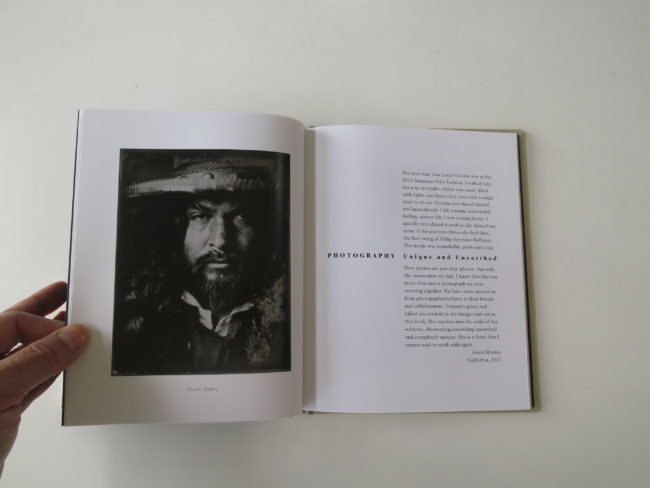 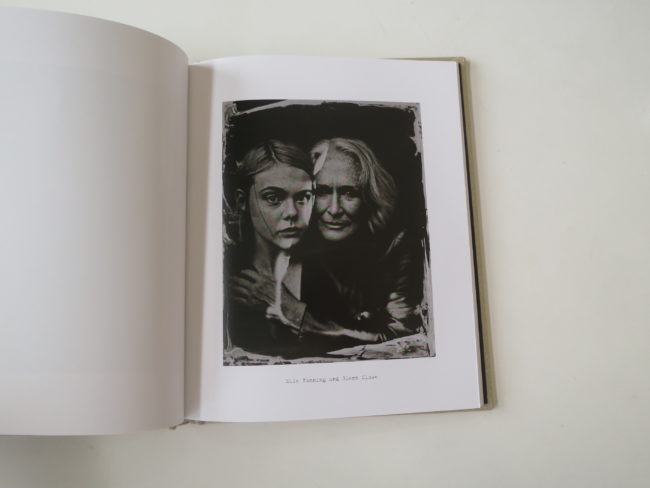 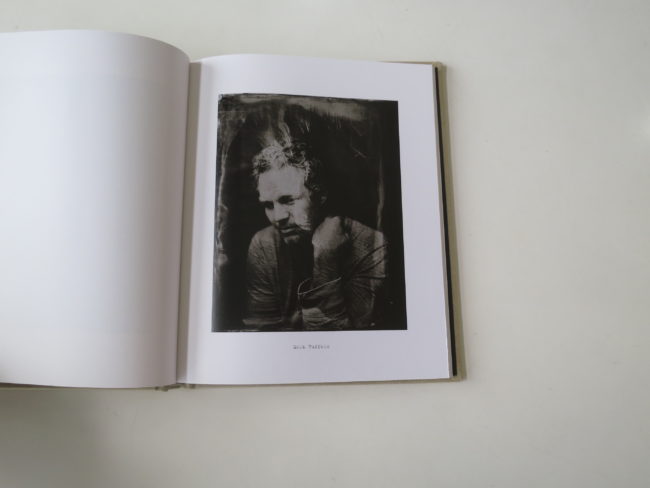 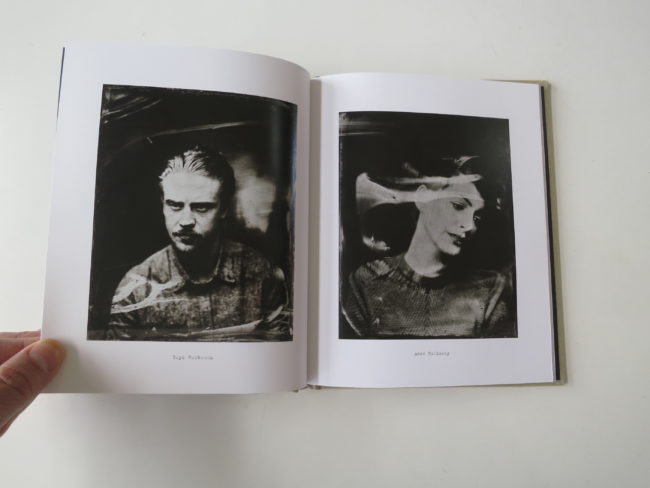 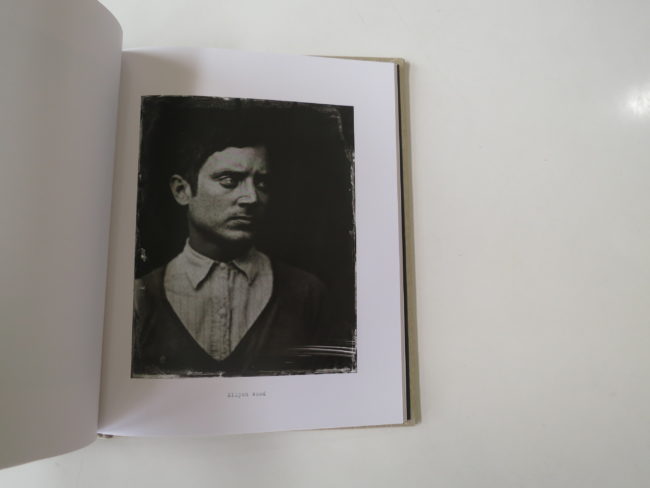 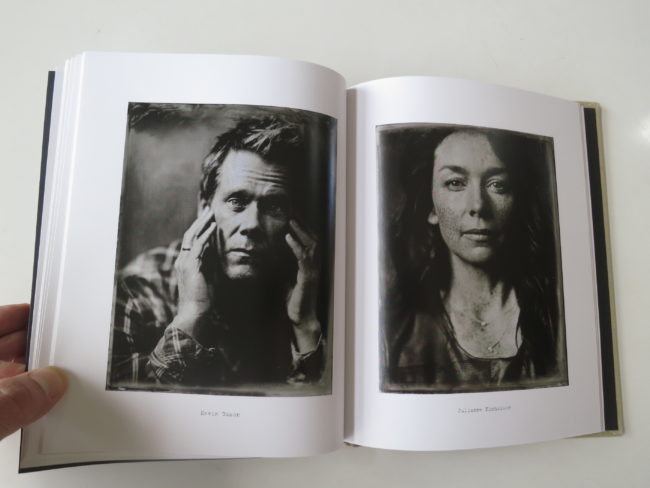 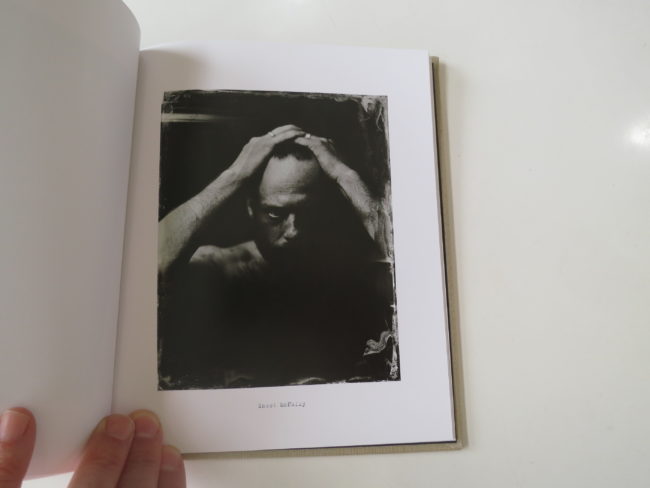 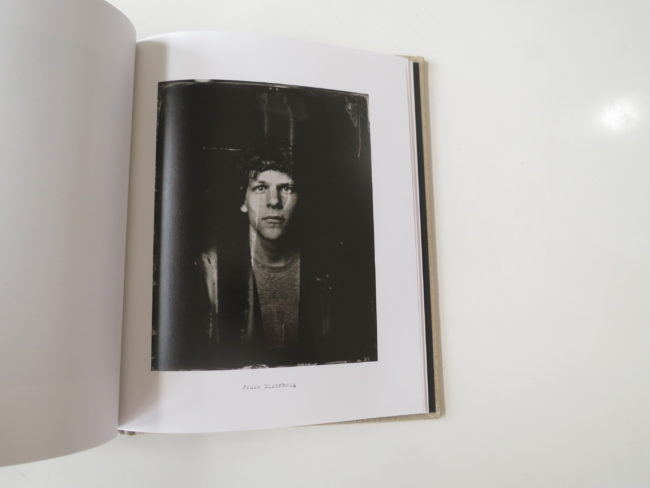 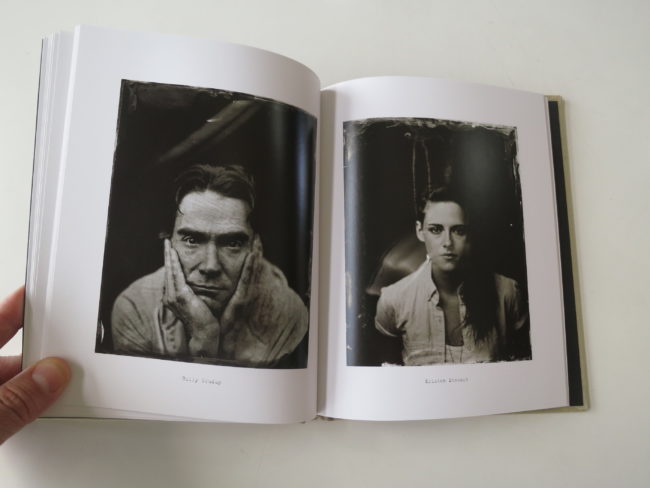 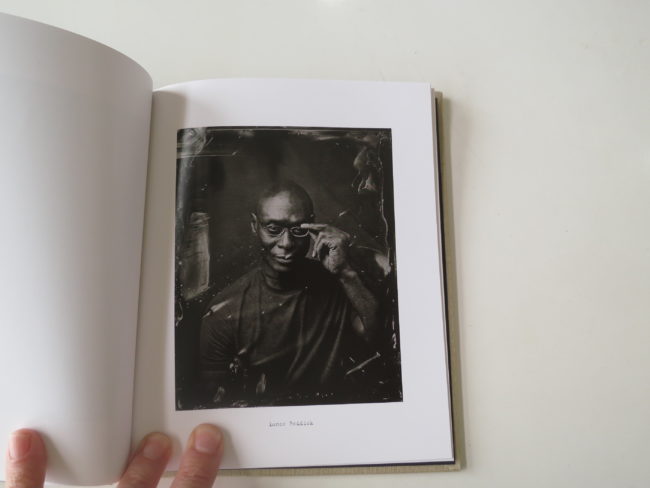 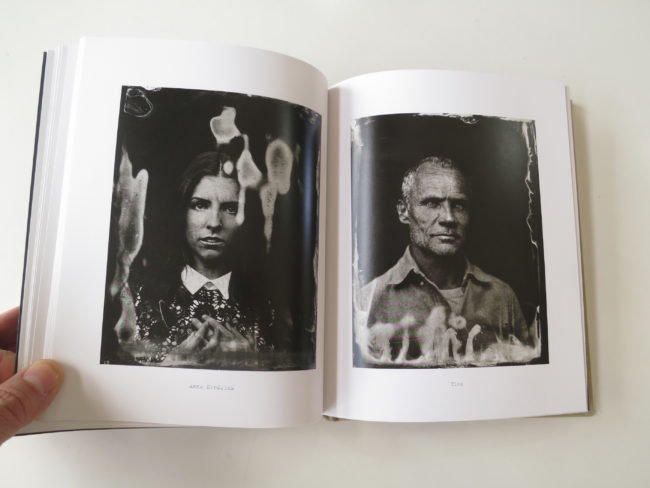 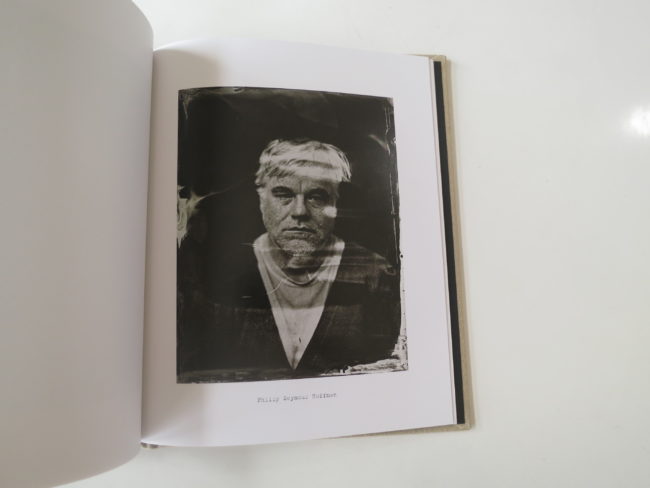 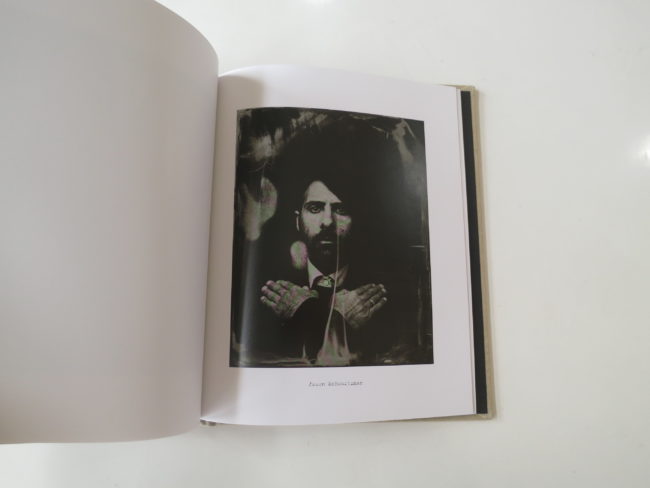 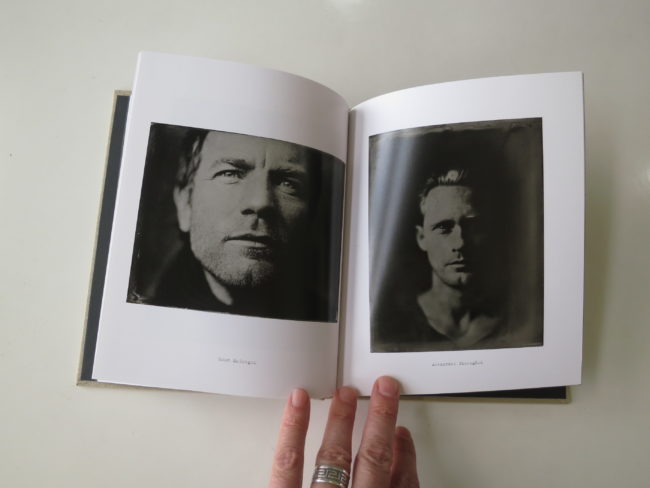 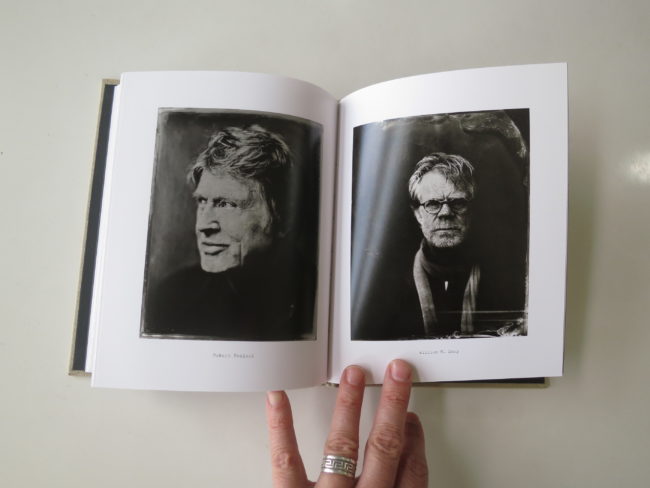 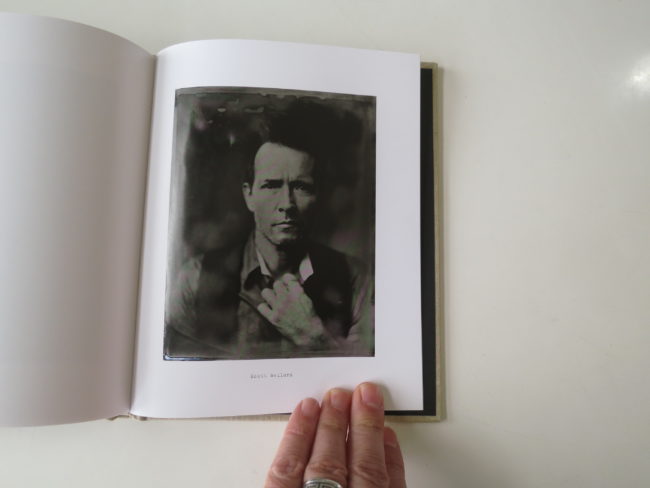 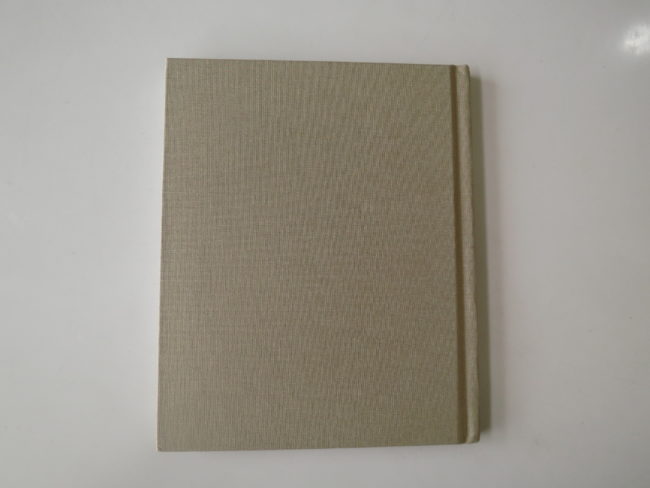 If you’d like to submit a book for potential review, please email me at jonathanblaustein@gmail.com