I don’t know from Miami.

I may have had lunch there with my grandmother and her husband, driven in an 80’s Cadillac, but if so, I was just a kid at the time.

I’ve heard all the Florida jokes, and told a few myself. My cousin, the comedian Ken Krantz, has made me LOL on Twitter several times, with Florida as the butt of his humor.

But Miami has a different reputation.

It’s less about the con men, and the illiterate meth-dealing hookers, and more about glitz, glamour, and a stylish, Pan-Latino global elite.

Even so, I’m not sure most people would say they have a positive impression of Miami’s culture, and likely know little of the Cuban community at its heart.

(True story, when I pitched Miami as a potential vacation destination, my wife said, “No, I don’t think I’d like the people there.” I said, “But you’ve never been there.” She replied, “Yeah, just from everything I’ve ever read or seen on TV.”)

I told her that it was probably just a stereotype, but then again, I don’t know for sure. Because as I said at the beginning, I know jack squat about Miami.

I can tell you one thing, though.

If I had gotten to party at Uncle Julio’s house, back in the day, I can state with high confidence that I’d be a Miami lover for life.

But who is Uncle Julio?

I’ve just put down the stellar “Julio’s House,” a new book by Orestes Gonzalez, recently published by Kris Graves Projects. I don’t do the best-of, end-of-year lists myself, and don’t read other people’s either, but I wouldn’t be surprised if this one ended up on some of them.

I know that no one, except for Rob and me, has read all of my columns. (I know I have. How about you, Rob?) But seriously, over a now 6+ year weekly column, themes emerge about what I think a good photobook should do.

I appreciate it when a book chooses to inform the viewer at the proper pace for the story. Meaning, don’t hide things I should know, and don’t tell me things I can easily discover for myself.

“Julio’s House” entices from the outset, with a great blue cover. Then we see a funky graphic page, which turns up later as wallpaper. (But we’ll get to that.)

The book opens with one sentence of text on a white page, and a photo opposite. Flip the page, and then you get two more sentences.

In short order, as a viewer, we know what we need to know, and yet we’re curious, and empathetic, wanting to know more. The book builds upon that, teasing out details with short, compelling bursts of text, mixed with historical photos and Polaroids. (I like Roula Seikaly’s summation essay at the end as well.)

We learn Julio left Cuba after the revolution, (he’d been working on a cruise ship,) and got a job in a hotel in Miami. And then all of a sudden, as the story is heading in one direction, they drop a little narrative bomb in the middle.

We turn the page, and see the first interior from what we can reasonably guess to be Julio’s house.

The wallpaper from earlier shows up, along with some green carpet, and a style I can best describe as garish.

There are a few more pictures in this style, and they’re very well done. Really sharp, good light.

They’re ironic, and kitschy, but they also don’t feel mean. That’s a tight rope to walk.

The text starts to tell stories about parties, back in the day, and you’re just wondering, was Uncle Julio in the closet? Or was he out, even then? What must that have been like, in a culture famous for machismo.

Then, we get a series of Polaroids of gay men, with mustaches. Are they former lovers of Julio? Seriously, I’m into this, like a telenovela or something.

It’s reeling me in.

Sure enough, a few pages later, there it is.
“Julio was gay, and his flamboyant lifestyle clashed with the macho Cuban environment of the times.”

It’s like the book stimulates questions, gets you engaged, and then answers those questions at just the right time.

A lot of thought goes into something like this.

That I like the pictures, and think they’re very well done, only makes it better. There’s a perfect blend of the past and the present. The first person narration throughout works so well, and there’s never more text than there needs to be.

By the time we get to what I assume is a portrait of an elderly Julio, near the bouquet in his house, I’m feeling genuinely sorry to know he passed away.

And remember, we learned that in a one-sentence intro on page 1.

This is an excellent book, and like last week’s offering, I’m glad I picked it up off the stack when I did. Because it’s one more reminder of how great it is to live in a society where people of all faiths, nationalities, genders and sexual orientations are allowed to be themselves. (Insert appropriate Alabama joke here.)

Sure, it’s easy to think things are terrible, with you-know-who in charge, but this book affirms that as a younger gay man, Orestes doesn’t face the same challenges his Uncle did.

And we’re living in a world where books like this get made, and rightly celebrated, by a free press. 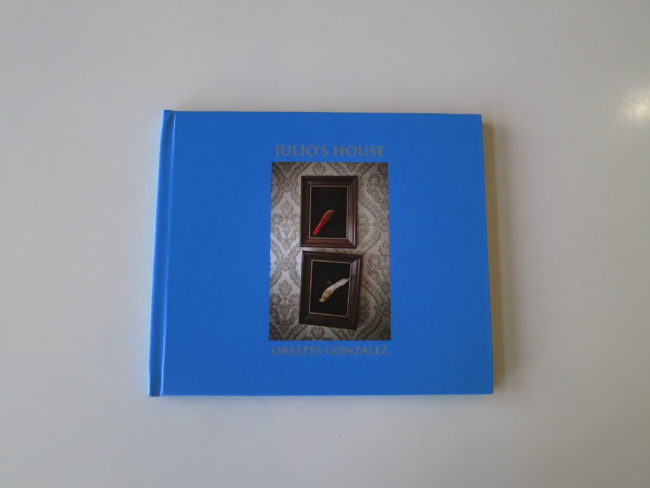 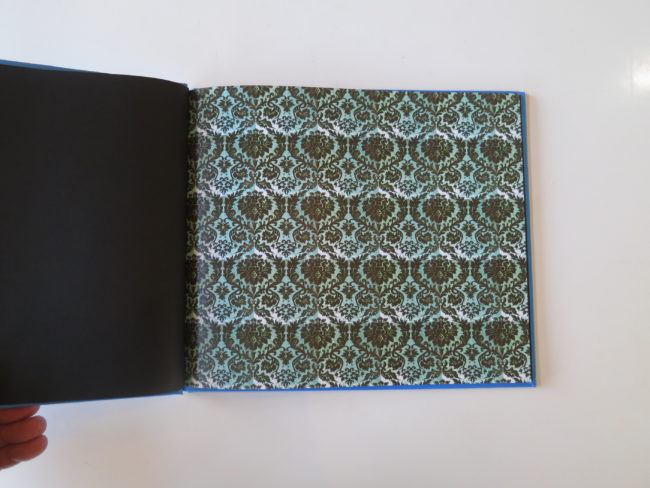 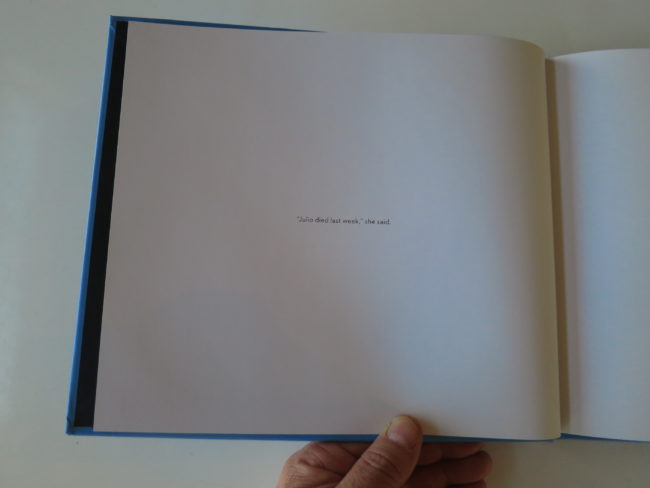 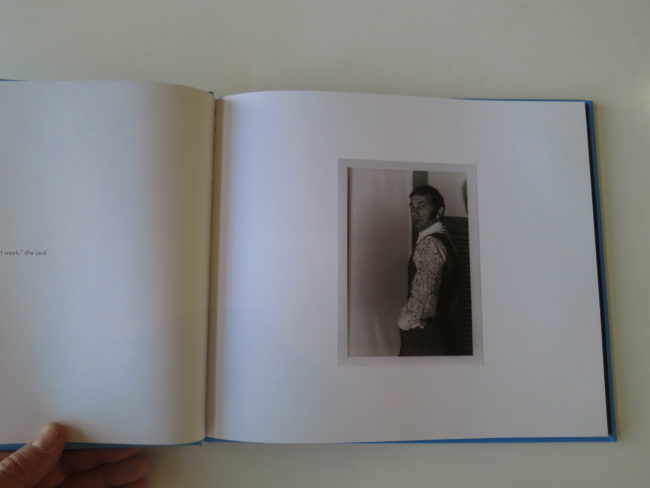 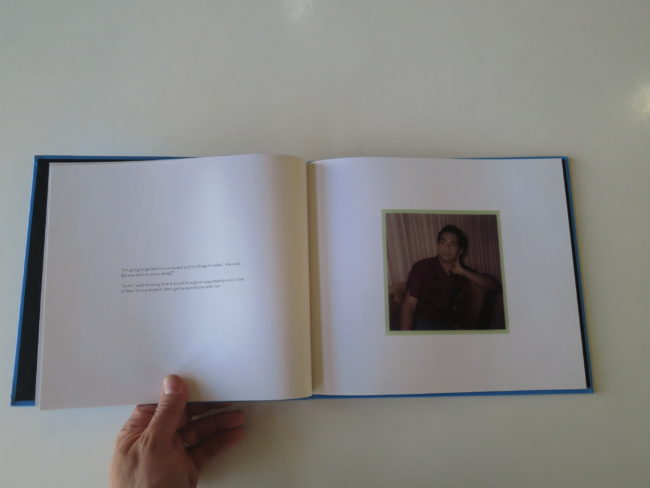 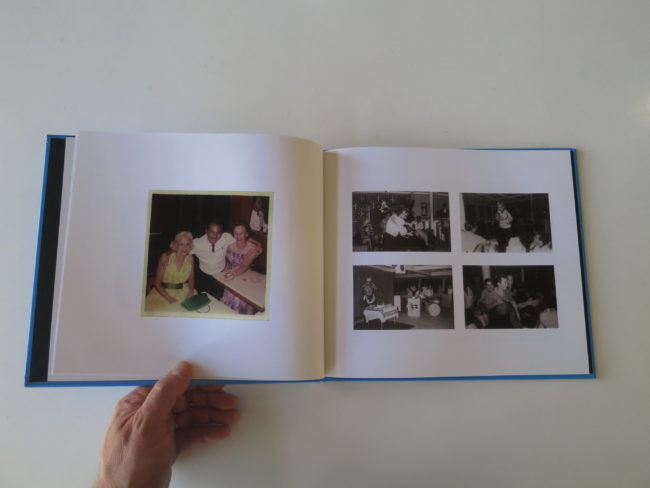 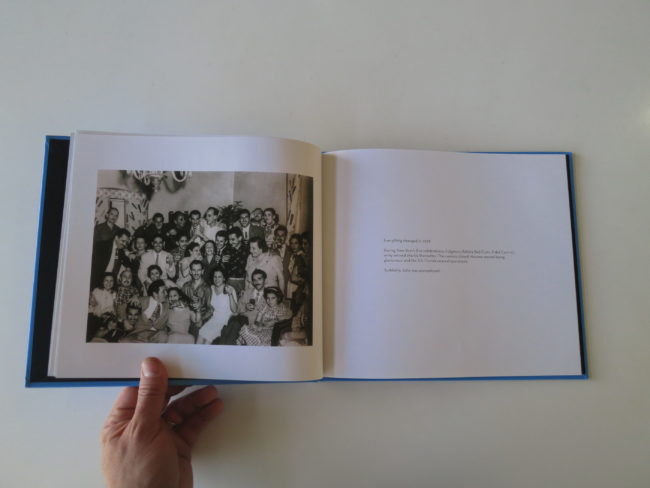 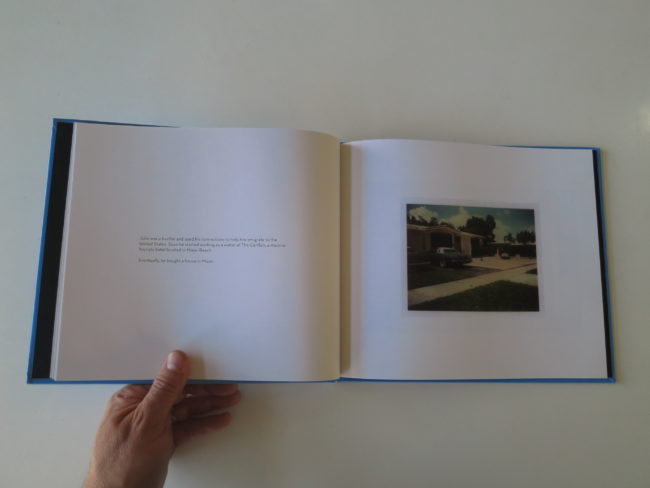 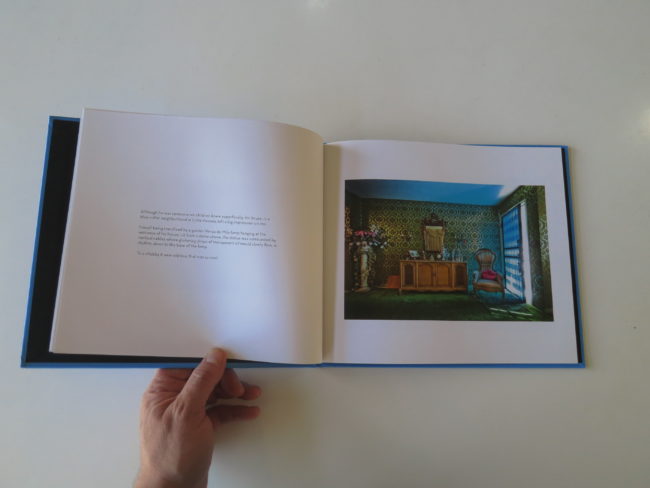 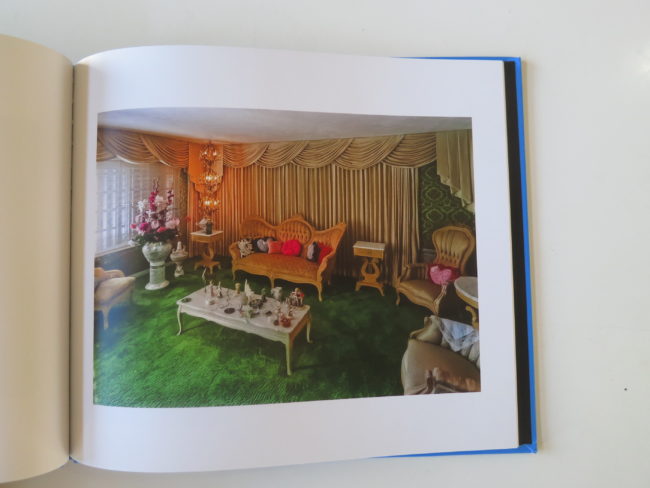 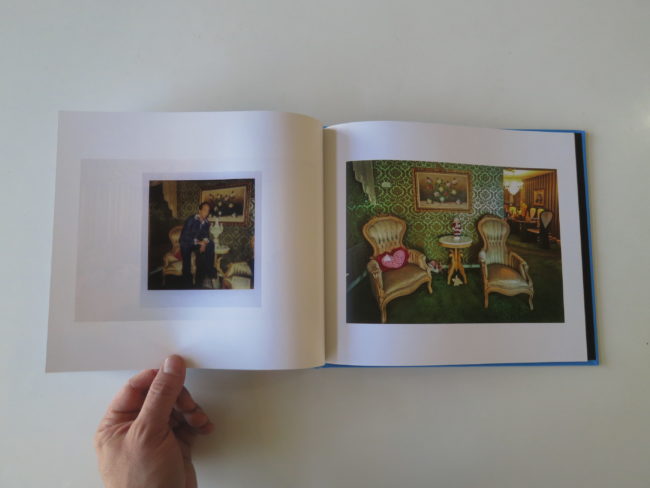 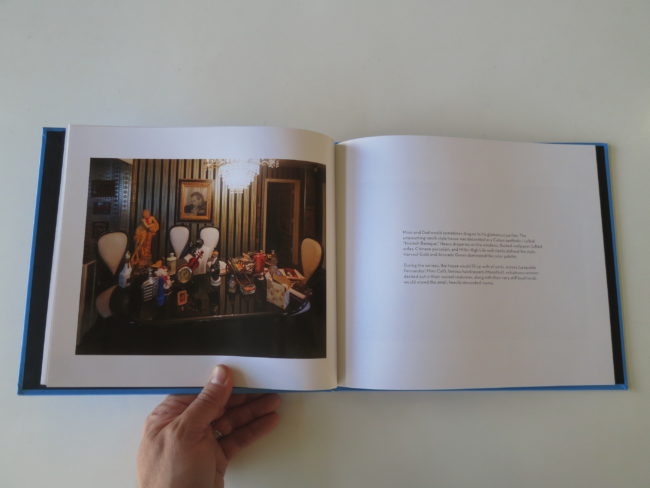 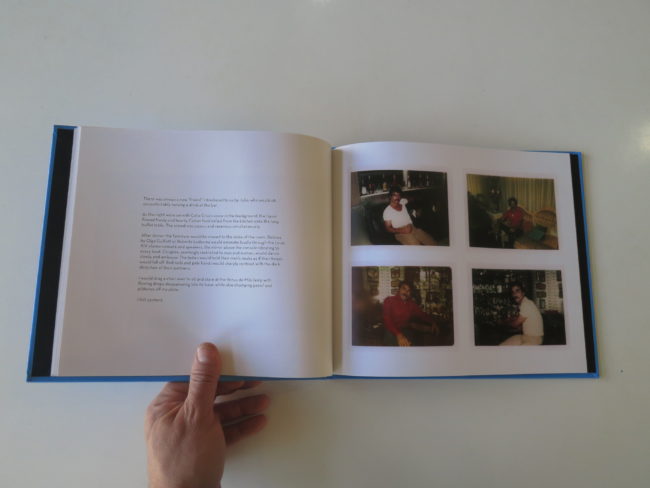 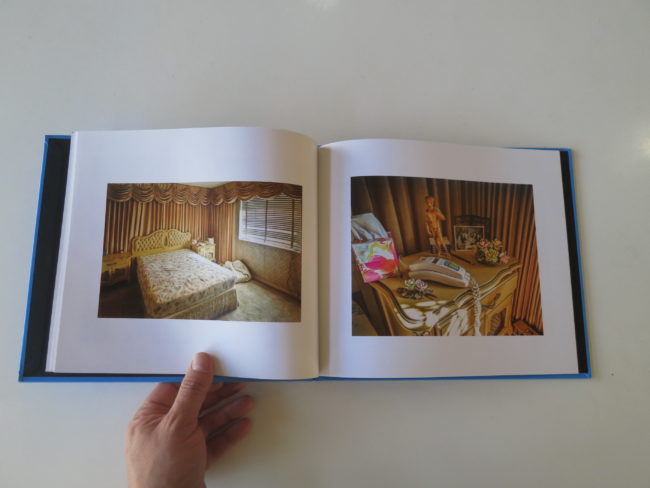 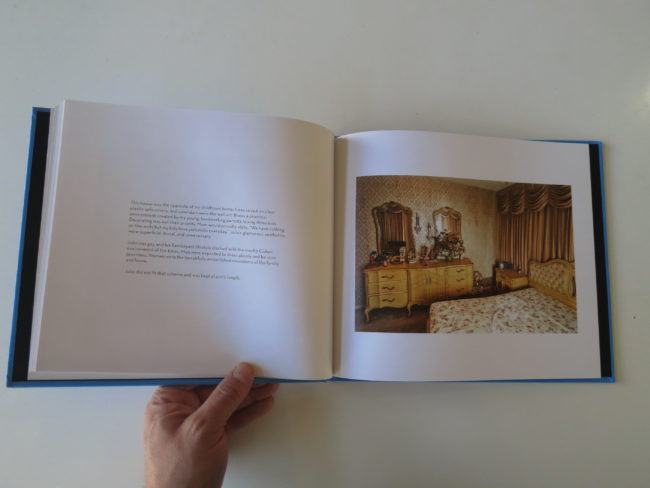 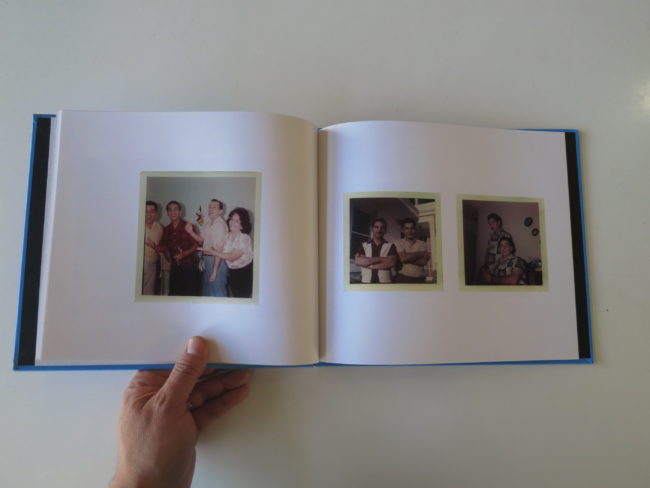 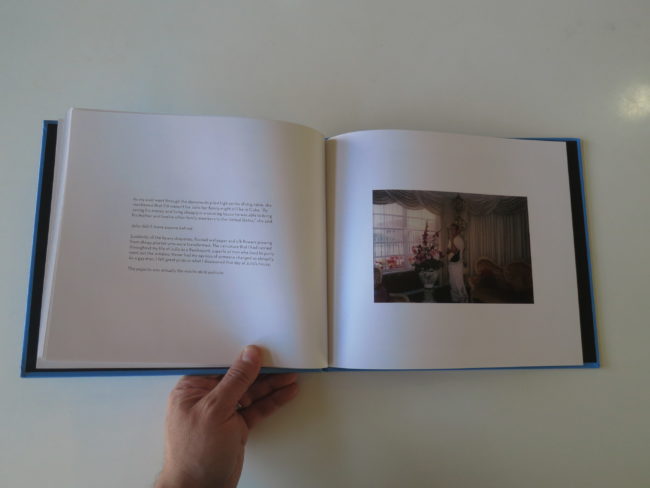 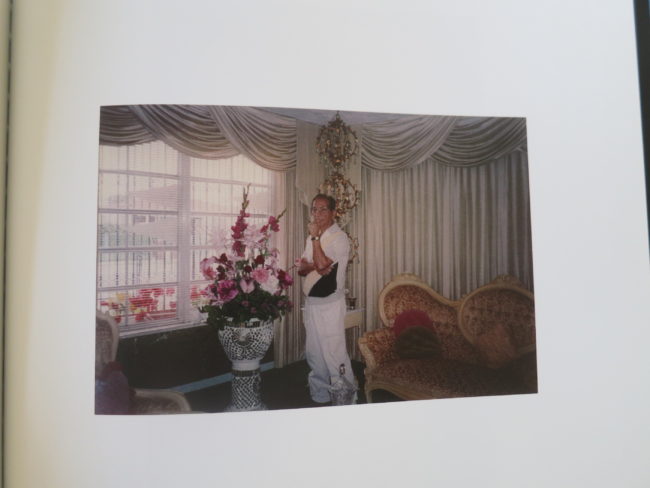 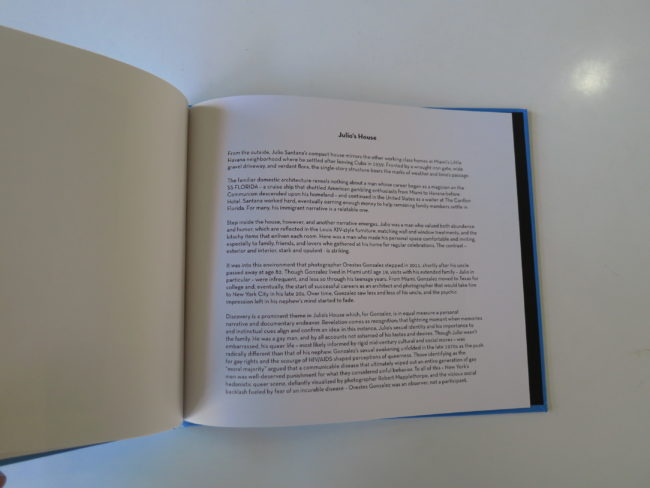 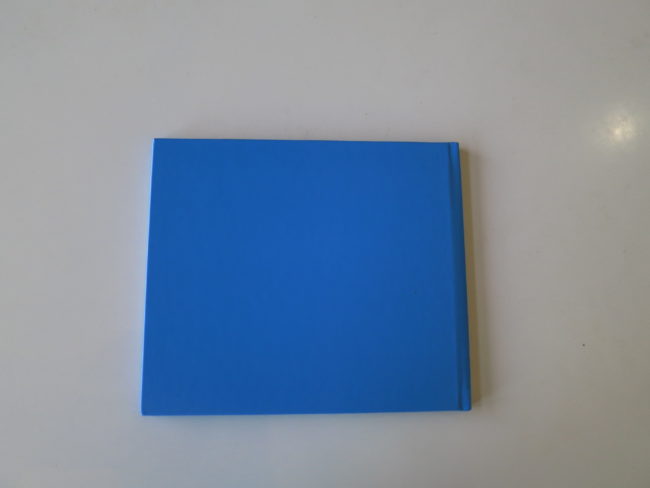 The Art of the Personal Project: Brinson + Banks