I started irrigating on the farm this summer.

Our property came with water rights, which means we’re allowed to use the ancient acequia system, designed by Spanish Colonists in the 19th Century.

The main pasture used to belong to our neighbors, before they sold it off, and I’m told their father raised corn, or alfalfa, depending on whom you believe. (I just use it to water the grass.)

Each Saturday, I head outside, all geared up with my shovel, and dig out the ditch, a few feet at a time.

Not surprisingly, it’s hard work, but the joy and sense of accomplishment are palpable. Lifting the gates, and watching the water flow down hill feels primal, as out here in the desert, water is life.

Putting on my work boots, and slopping out the muck, doesn’t seem strange, as I’ve lived in Taos a long time. Cutting sluices, and watching where gravity moves water, is not rocket science, and I even use my daughter’s pink sled to direct the water where I want it to go.

But sometimes, if only for a moment, I’ll look around and wonder how a Jewish guy from suburban New Jersey ended up in such a place?

I’ve certainly come a long way, but living in a lush field in the mountains is a great way to beat the heat. And as I water trees we’ve planted, and watch them rise, it’s hard not to imagine them growing tall and strong, providing shade for my children as they grow too.

A generation ago, when my parents were my children’s age, they lived in New York City, as their parents were born to Jewish immigrants from Eastern Europe. As beastly hot as NYC can get in the summer, with all that nasty humidity, back then, people didn’t even have air conditioners. (WTF!)

Nor were Jews necessarily welcome in the WASPY country and beach clubs where less-immigranty Americans escaped the heat.

Rather, both of my parents, and everyone they knew, went to the Catskill Mountains, (which out here we’d call hills,) and stayed with friends and families in bungalow colonies. My Mom said she shared a bed with her grandmother, and always, people were squashed together, because money was tight.

Her Dad, (my grandpa Sy,) was a musician and bandleader who worked in the fancy hotels, so Mom used to hang out there during the daytime. Those places had pools, which were more glamorous than the lakes where her family stayed. She got to play with the wealthier kids during the day, and then return to her bungalow at night to sleep.

It was a lot like “Dirty Dancing,” she said, and recalled one time when my Aunt Lynda, who is 5 years older than Mom, stayed out until 1am with her new boyfriend. When she got home, my grandfather chased her around the bungalow, screaming and hitting her with a broom.

You can’t make this shit up.

The Catskills were home to the Borscht Belt, a huge resort and entertainment industry that sprung up in the 1920’s, and continued through the early 80’s, though by then it had already declined tremendously.

I remember hearing stories about those places, when I was young, but given that we had our own swimming pool by then, and I went to sleep-away camp in Pennsylvania’s Pocono Mountains, I can’t say I cared too much about the history as it was recounted.

Frankly, “Nobody puts Baby in the corner,” famously uttered by Patrick Swayze, (RIP,) had more of an impact than any story my Mom told me, back in the day.

However, when I got a look this morning at “The Borscht Belt: Revisiting the Remains of America’s Jewish Vacationland,” a new book by Marisa Scheinfeld, published by Cornell University Press, the first thing I did was call up Mom and ask her to tell me what it was like.

Ms. Scheinfeld was raised in the Borsht Belt, in the town of Kiamesha Lake, so this book fits in with our recent exploration of the divide between local versus wandering photographers.

In her very-well-written statement, she said that Arthur Ollman, the former director of MOPA in San Diego, once told her to “shoot what you know,” so she headed back East to document the places that have succumbed to time.

We all know there’s a genre of ruin-porn, which often features weeds and trees growing up in the man-made environment, and if you close your eyes, I bet you can conjure such a picture of Detroit without trying too hard.

But this project is something different. Ms. Scheinfeld has done copious research on the cultural history of our respective ancestors, which overlaps with learning more about where she was literally raised, and what’s become of all these former palaces and huts of leisure.

Much as I was touched when I walked through Ostia Antica, crumbling ruins outside Rome, or Teotihuacan, the massive pyramids near Mexico City, looking through this book gave me the willies.

The photographs are a testament to the finite nature of culture, and our lives, because they manage to cut beneath the surface of a once vibrant world that has disappeared in my lifetime.

There is a sculptural nature the pictures, and the desaturated colors speak to the reality of the weak light on the East Coast. (The mountains outside my house are called the Sangre de Cristos, because they turn red each night as the perfect light illuminates them like the blood of Jesus.)

The essays come before the pictures, and one, by Jenna Weissman Joselit, focuses on chairs. As I hadn’t seen the plates yet, I thought it was a pretty random subject, and wondered why she focused on such an esoteric symbol? But once you start flipping the pages, it makes a lot of sense.

The chairs have a totemic quality, much as I complimented Anthony Hernandez for his handling of concrete block walls. Here, the empty seats stand at attention, or slump into irrelevance, but always they remind us of the people who are no longer there.

On Facebook today, someone posted the weather forecast for Tucson this week, and it ranged from 110-118 degrees Fahrenheit. Can you imagine? Your fucking brains cook in your head at that temperature.

The temptation to escape the worst of summer has been around a long time, and over the years, I’ve reviewed books from lakeside and beachfront hangouts around the world. But this is the first time I’ve seen a book like this.

So next time the mosquitos are biting me, the water gets inside my yellow leather gloves, and I slip and fall into the muddy ditch, I’ll likely think of my grandfather, blowing hard on his trumpet, while the ghosts of my people’s past dance through empty halls. 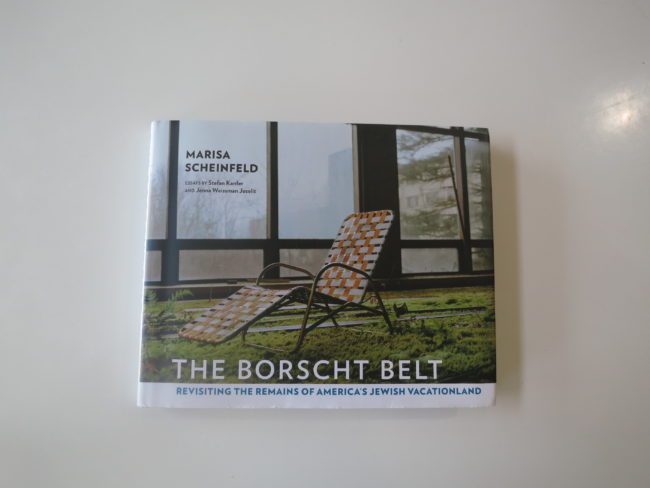 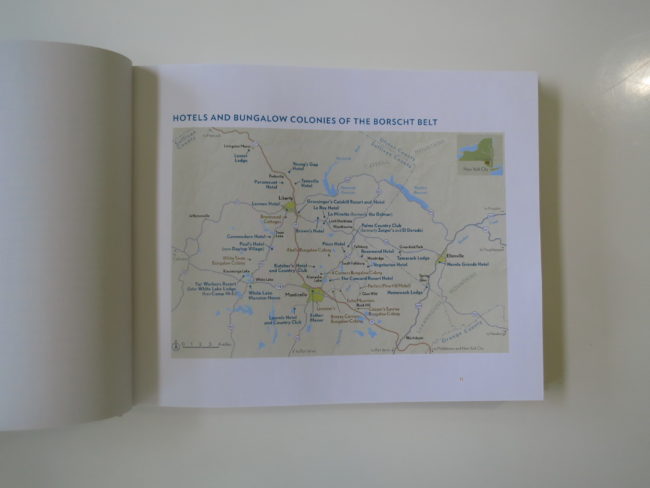 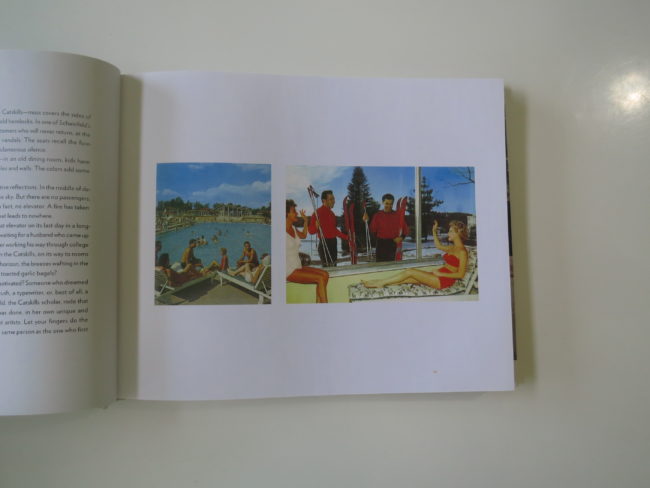 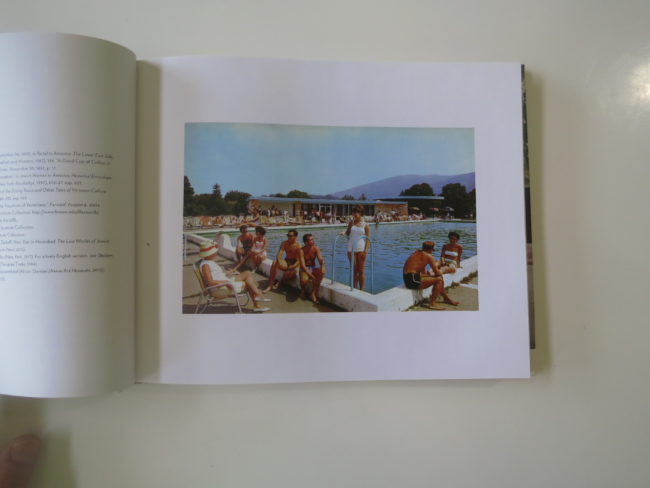 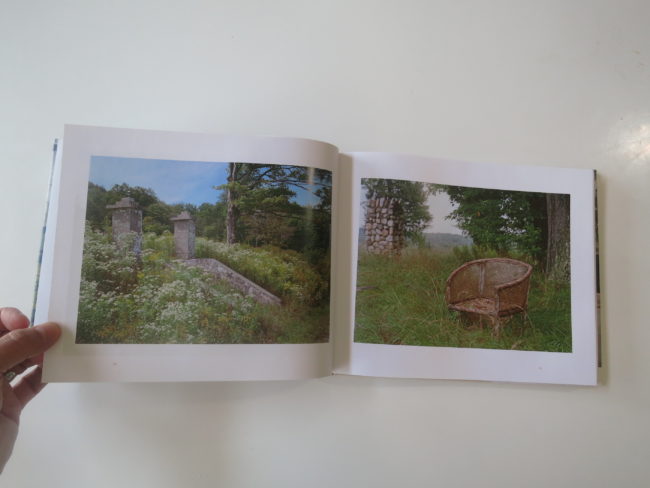 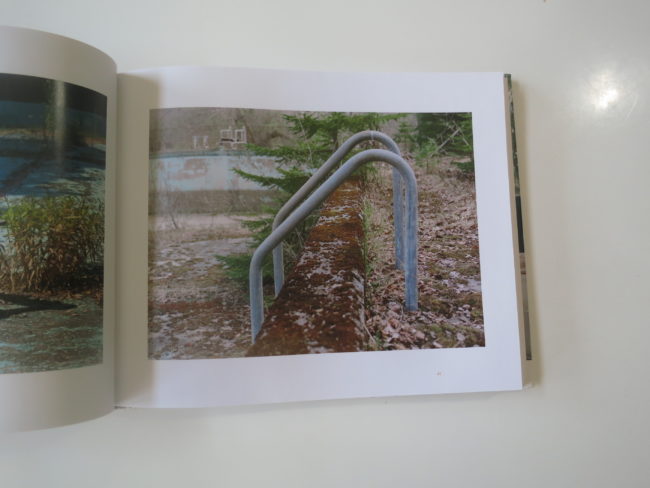 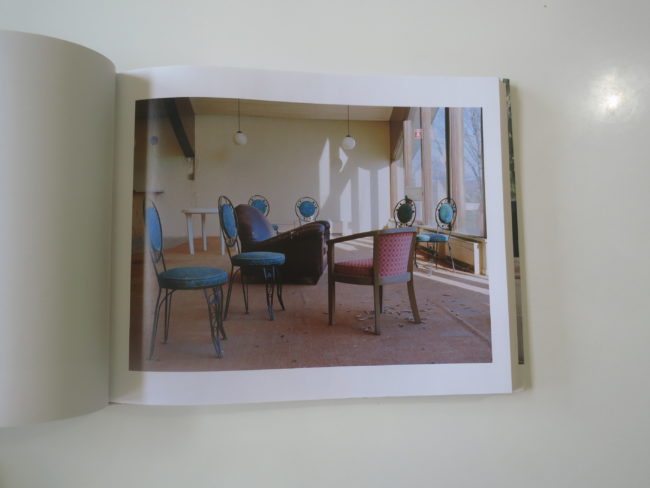 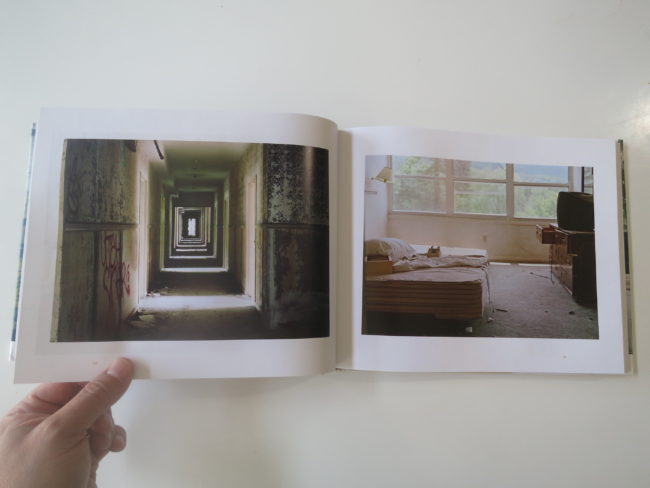 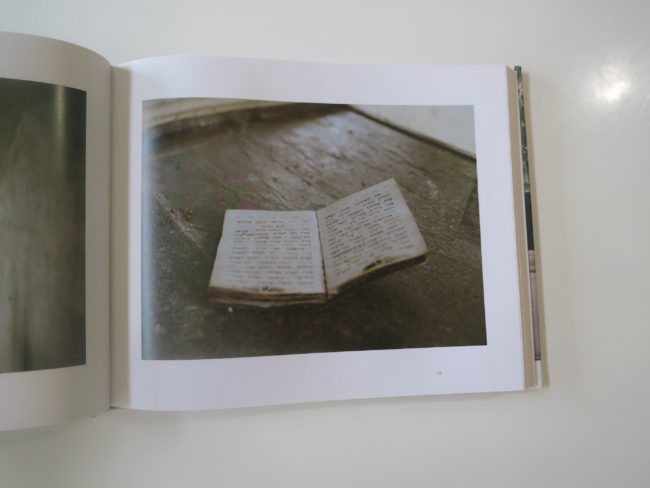 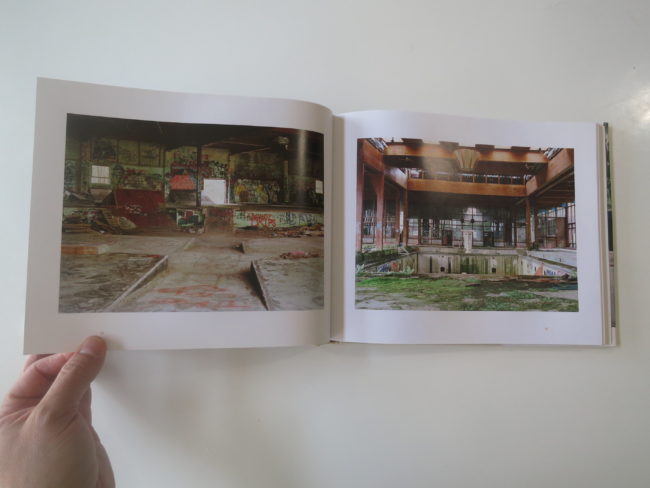 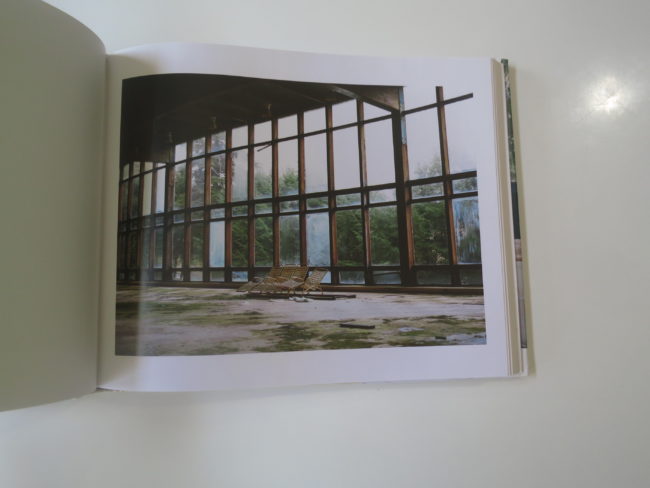 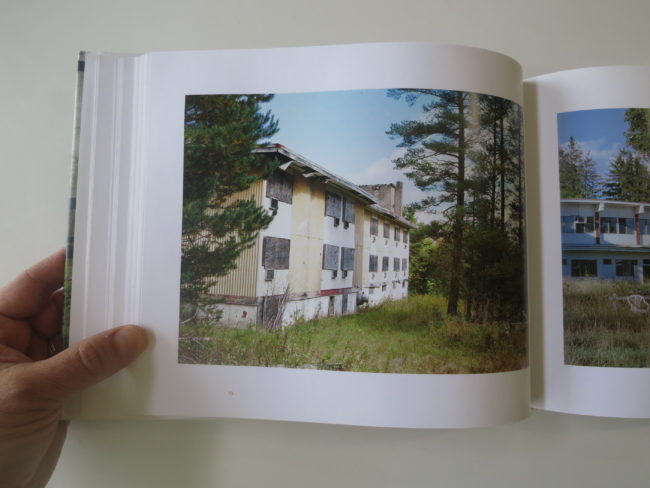 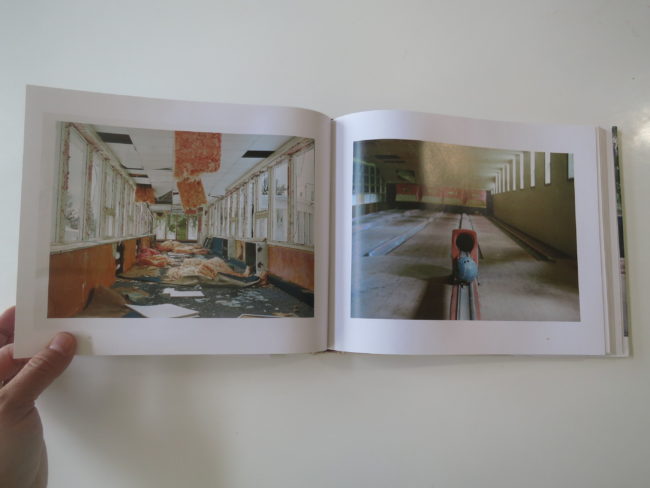 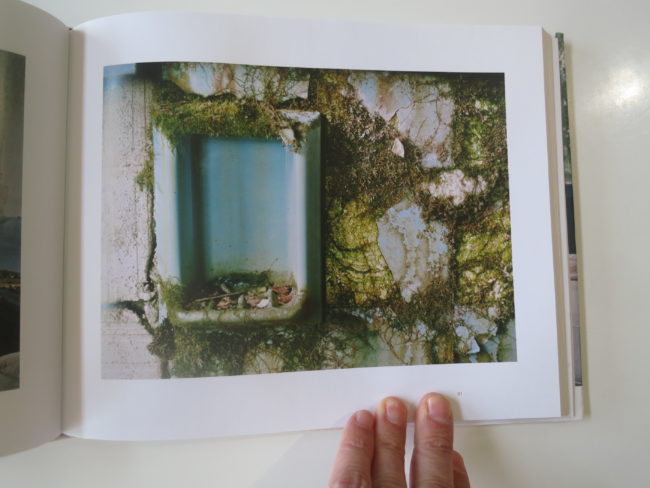 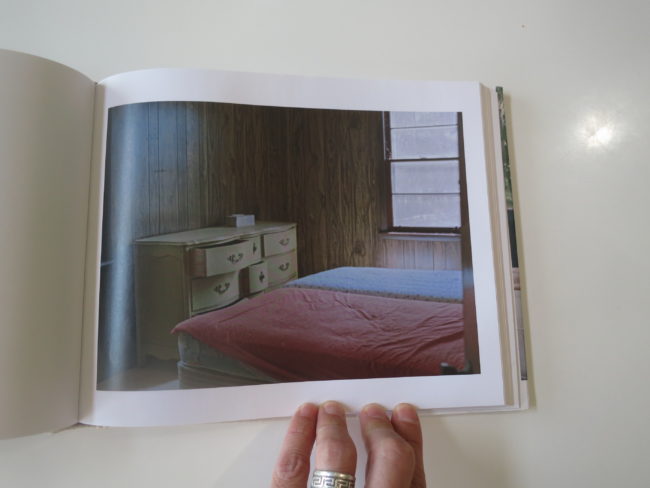 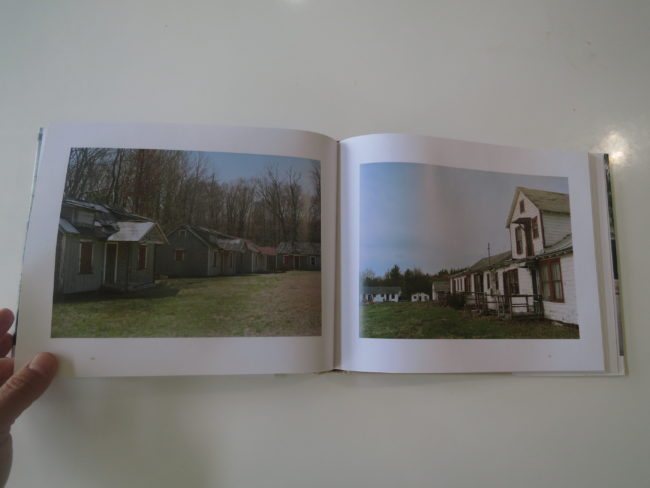 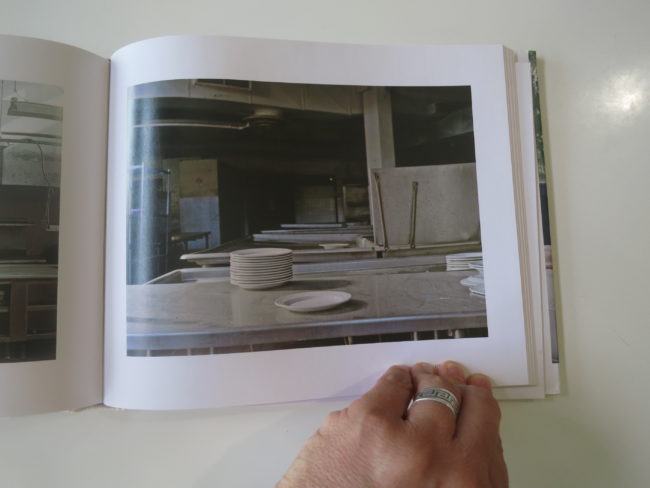 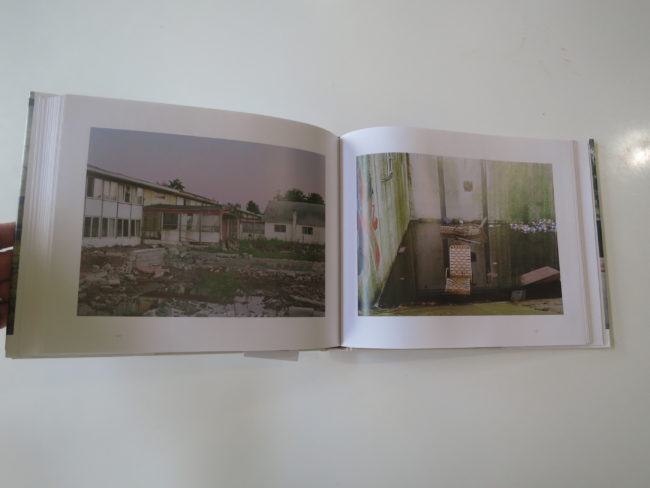 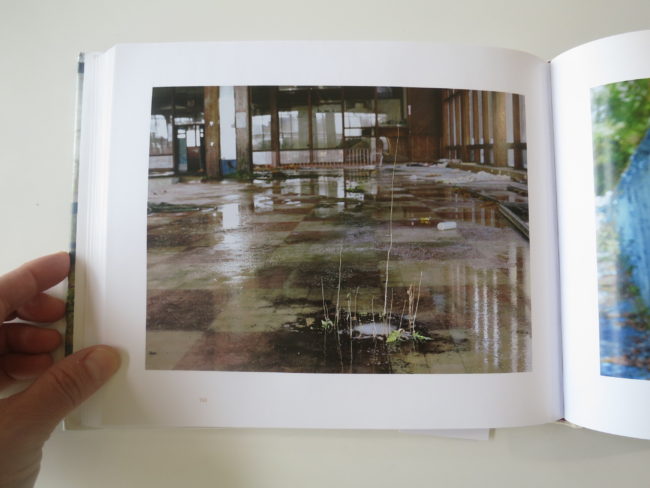 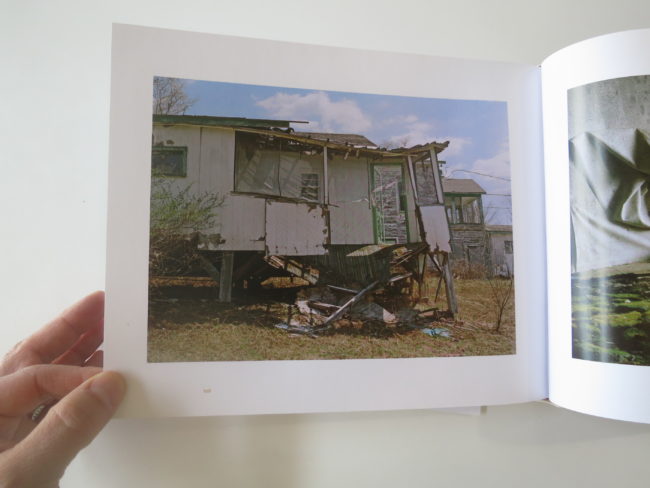 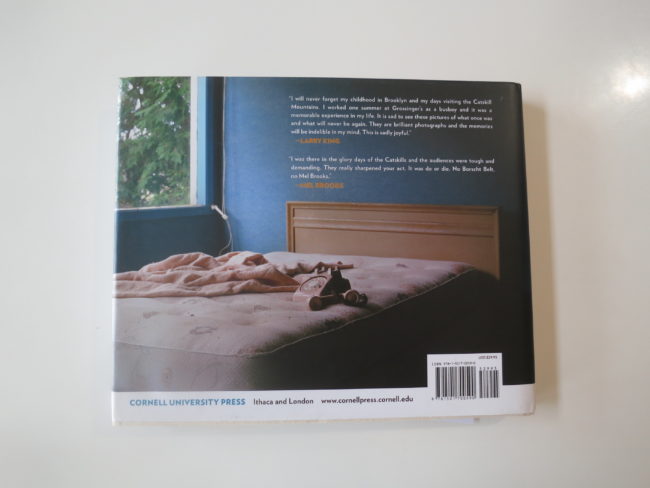