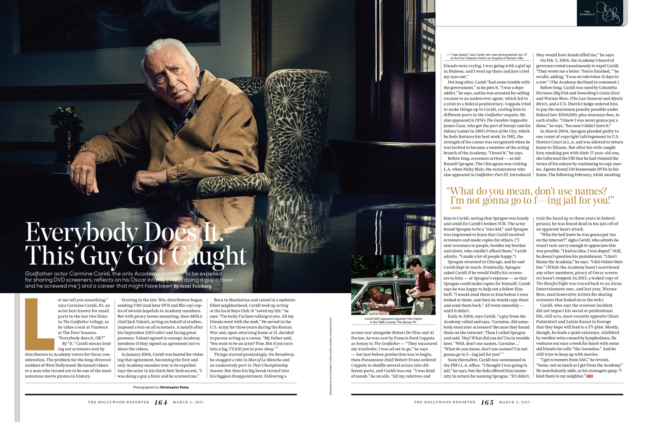 Heidi: What type of direction did you get from the magazine?
Chris: This shoot came in last minute (as they often do) so there wasn’t a ton of direction from the magazine in this case. Kate Pappa was the assigning editor. I received an email and a text from her on Thursday morning at 10:30 to see if I was available to photograph Carmine Caridi on Friday afternoon. Kate then gave me a quick rundown of Carmine’s story so I could get a good grasp on the tone that they were looking for in the photography. However, due to the time constraints, Kate had to work fast to find an affordable location that was easy for our subject to get to. Our first option fell through and we ended up at a restaurant/lounge at the Four Seasons in Beverly Hills. With no time to scout, we basically had to get to the location 2 hours before the shoot and figure it out.

What tools do you use when you are covering a subject that’s been in a difficult situation? How do you get the shoot started?
A handful of small things get tweaked for instances like this. Having a bit of a quieter set with a smaller crew definitely, helps keep the environment feeling intimate. Our photo crew was just me, Kate, a photo assistant, and a groomer. The writer was also there to interview Carmine after the shoot. We also keep the music and our conversation toned down. In situations where I’m shooting somebody related to a sensitive or emotional story, I try to speak with them for a little bit before we shoot to establish a bit of a rapport with them and also get a feel for how they would be comfortable being photographed. However, a subject like Carmine has been around the entertainment business for a long time so I know he just wants to come in, have his picture taken, and be finished as quickly as possible. Once he gets on set it’s all business. I quickly introduce myself and explain my plan and the different setups I’d like to shoot. If he and his publicist are on board then we get right to work. I showed him where and how I would like him to sit and we’re off. I can’t remember for sure but I think he forwent being groomed too.

You caught some unguarded moments in these images, was your conversation about his departure from the film academy?
There wasn’t much conversation between him and I during the shoot. Mostly just direction. I gave him different eye lines and tweaked small things with posing and posture. He knew exactly why he had come there that day and the gravity of the story was definitely on his mind which showed on his face. The writer, Scott Feinberg was also on hand and was stepping in at small windows of time to get his conversation with Carmine going between my setups. That helped keep him in that frame of mind throughout the session.

Outtakes from the shoot 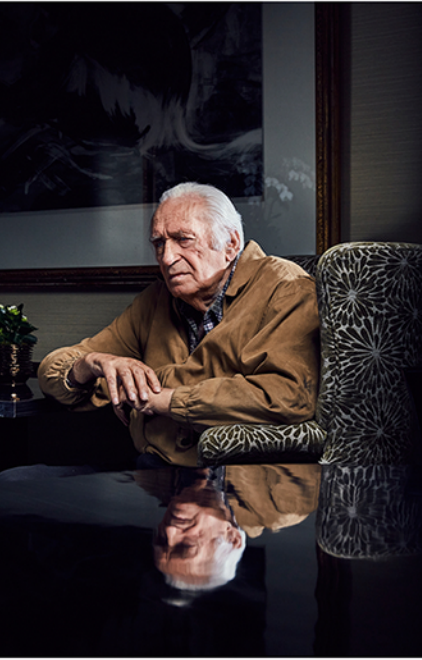 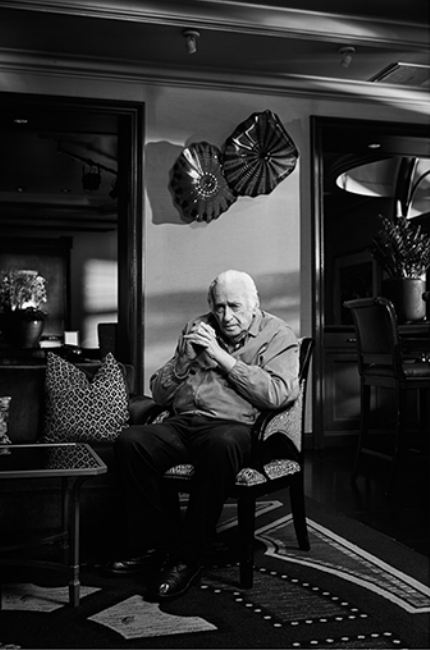 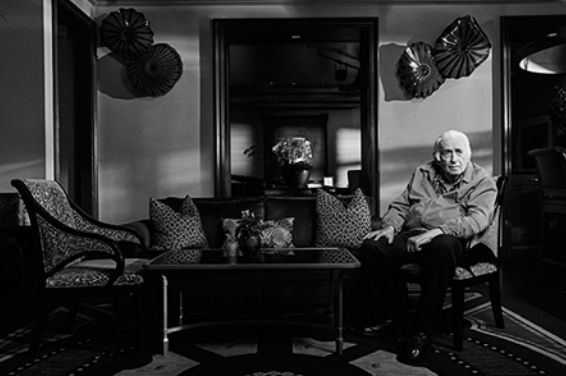 How did you set the tone for the shoot?
I did not speak with him directly about the story because I didn’t want to insert myself into the writer’s interviewing process. If I start asking him about details of the story right before his interview it could make him feel like he’s repeating himself when Scott started his line of questioning. In that situation, I felt like it wasn’t my place and I didn’t need that interaction to make the picture I wanted to make.

I simply made sure to have my setups dialed in with solid test frames of my assistant to give Carmine a good idea about how the photo was going to look. The combination of the moody light and the standard dead-gaze of a seasoned photo assistant were perfect to portray the vibe I was going for. It was also necessary to be as ready as possible when he arrived so we could get everything we wanted in the short amount of time we had. There wasn’t a moment to waste on moving lights once we got going.

Was the reflection from the desk a hint at self-reflection or a happy accident?
The reflection on the table was something I found during our pre-light. I originally just wanted a shot with a bit of a longer focal length with some tables in the foreground to give the picture some depth. After a few tests at different angles, I found the reflection and I felt like it added something important to the fairly dark picture so we ran with it. I would love to say the idea of self-reflection was in my head when we were setting it up but honestly, that hadn’t crossed my mind before deciding to do it.