Drone Imagery from Archeologists in Jordan

For my seventh birthday, my parents took me and a few friends to the movies.

In case you’re GenZ, “the movies” was a physical place, a theater really, where you’d go to see films and buy candy. These moving pictures would be projected onto a very large screen, and you’d watch the movie, in its entirety, in the company of total strangers.

“Raiders of the Lost Ark” was such a big deal at the time, it’s hard to come up with a contemporary cultural parallel. Maybe if Drake and Rhianna had a son, Raptor, who grew up, was in a band with Ivanka Trump, and they had an affair, which led to another child, (the one born to Raptor and Ivanka Trump,) who grew up to be President.

Like Harrison Ford’s Han Solo, his Indiana Jones reeked of charisma. It was the old Hollywood story: people either wanted to do him, or be him.

And Indiana Jones, in case you are under 20, was actually an archaeologist.

A scientist, for God’s sake.

He was a classic cinematic hero: handsome, dashing, brave, he could fight, had a trademark bull whip, and battled Nazi’s for a treasure bestowed by God himself: the lost ark of the covenant.

There must have been thousands of young boys who grew up in the 80’s wanting to be archeologists. Indy made it seem sexy, and thrilling, and I’d bet almost anything there are a ton of  “scholars” sweating in the field today because of those Steven Spielberg stories.

I almost wish I could ask an archeologist.

What if I could?

Yorke Rowan is an archeologist who works in Israel and Jordan, and he and his project partner Austin (Chad) Hill, have an exhibition currently on display at the Oriental Institute at the University of Chicago. It features their aerial drone photographs of petroglyphs and archeological sites in “The Black Desert” of Jordan.

I stumbled upon a web description of the exhibit, and the OI was kind enough to put me in touch with Yorke, so I could learn more about the show, and see some pictures.

First things first, when I asked Yorke about my Indiana Jones hypothesis, he threw dirt on the fire immediately, because he said he was too old for the movie to have been seminal.

But he disputed that an archeologist’s job included “going in, stealing things, and running from the natives.”

The duties are far more mundane, apparently, as he described the work as “trying to make sense of the junky, broken parts of ancient people’s garbage.”

Just when I was beginning to believe him, (about the job being over-hyped,) he told me the story about how, back in the 80’s, he’d lived in Egypt, and then traveled on transport trucks down the Nile, all the way to Khartoum, Sudan.

As soon as he arrived, he got word, (having called his parents collect,) that he was due in Sicily for his first big dig, so he turned around and headed back the way he’d come.

No.
That doesn’t sound romantic or dangerous at all.

His project partner, Chad, who grew up in the 90’s, was addicted to remote control aircraft as a kid, in Northern New Jersey. His father was into the hobby, and Chad has been flying things since he was 3.

From what I can gather, Chad knows about as much about flying drones as anyone out there. As he’s in his mid-30s now, and began putting 35mm cameras on balsa-wood planes when he was in High School, I’d say his street cred is solid.

I asked Chad if he felt like a cross between Indiana Jones and MacGyver, and he laughed. But then he said, deadly serious, “I enjoy that description, but I would not actually describe myself as either Indiana Jones or MacGyver.”

OK, then. We’ll play this straight.

Yorke and Chad have been working for years at two sites in “The Black Desert” of Jordan. Apparently, the aerial view is extremely important in archeology, so photography has always been a key component to the work. At the end of each season, it’s important to chart the changes in the site you’re working, so before/after mapping is a must.

They used to hire planes, helicopters or hot air balloons, which was extremely expensive. This in a field of diminishing resources, as it sounds like academia is strapped for cash, just like the photography world. (Though Yorke was clear to state their support from the Oriental Institute is substantial.)

At one point, when they were working in Israel, Chad had the idea to jimmy-rig a drone, like he’d done when he was younger.

“This was 2011, and I said, ‘Hey, when I was in High School, I did all this aerial photography myself. We could buy our own equipment, put a camera on a model airplane that we can buy locally in Jerusalem, and take our own aerial photography at the end of the season.

We can do it whenever we want, we would have our own control over it, and it would cost us less than one time of getting this professional company to shoot for us.’”

“So we did that,” he said. “The first year, we bought an off-the-shelf model airplane, and mounted a GoPro to it. I flew it fully manually, as this was not a high-technology drone.”

These days, they still use some homemade technology, but DGI gave them a Phantom 3 quad copter, and Chad confirms its ease of use is the main reason behind the super-popularity of drones.

“The newest crop of drones, you have no experience, you go and buy a $1000 drone. You watch a couple of videos maybe, and you press a button and the drone will fly. You can intuitively make it go where you want it to, and if you get into trouble, you press a button and it will return to you, and land,
without you having to figure out how to make it land.”

“The barrier to being able to effectively control them has dropped dramatically
in last 5-6 years.” In the old days, he said, “you needed to know a lot or you would crash.”

What first caught my attention, when I looked at the pictures and video they sent me, was the fact that the Jordanian desert reminded me so much of the volcanic fields outside my window here in Taos. The pictures were familiar and exotic at the same time.

Beyond the initial jolt, I was myself entranced by the formations on the desert landscape that looked like Nasca Lines, the famed geoglyphs in Peru.

What could those be?

It turns out, the low rock walls are called “kites.” Unlike the Nasca Lines, which were actual images meant for some deity in the sky, kites are not visual at all. Rather, they were Neolithic hunting traps that run for long distances in a given direction.

The kites, designed between 7000-10,000 years ago, funneled gazelles, like a crude maze, towards an ultimate spot, (or killing field,) where our ancient forebears could hunt with relative ease. Some kites even used the edges of the basalt mesa tops to hem in their pray.

“One of the things I find most fascinating about the kites,” Yorke said, “is that not only did they take a lot of planning and thought about where they’re going to go on the landscape, and how they’ll go up the side of a mesa, and spread out on top, using the edges as further barriers so the the animals can’t escape that way, or they fall down the side of a cliff.”

“What’s more amazing even than planning that, and setting it up across the landscape for kilometers, is that we’ve started to realize they’re linked. There are actually chains of these kites going hundreds of kilometers across the desert, all of them open to the East, which must be the migratory patterns of the gazelles.”

Yorke, Chad and their colleagues did not discover the kites, which were first spotted by English pilots flying mail between Baghdad and Cairo in the 1920’s. But their drone technology makes it that much easier to make photographs of them, which can be used as scientific evidence, as well as art.

They have discovered some interesting things, in particular that huge slabs of basalt were actually roofs on pre-historic houses. The size, and difficulty moving such slabs, implied people spent more time in the inhospitable climate than one might imagine.

This also suggests there was more water there than there is now. One site, the Wisad Pools, is so remote that the team has to take an extra vehicle with them, each time, in case the main transport breaks down. Two flat tires at the same time might be a death sentence, so the archeologists plan ahead, even if the extra car ends up mostly serving as a wind block for the kitchen.

Though the drone technology has enabled this work to exist, and the archeologists to function on smaller budgets, it turns out that the drone revolution is creating some serious backlash. They reported that drones have recently been banned in Kenya, and one of theirs was confiscated by the Jordanian government, despite their previous openness to the technology.

“The downside in general, is that there are so many drones, it is not wrong to be concerned about them being used by bad actors,” Chad said. “Those people who don’t know any better. Who don’t think bad things will happen to them using their drone, and don’t think the rules should apply to them.”

“And one thing we haven’t talked about is that even though lots of these new drones fly exceedingly well, they also occasionally fail. They tend to fail at some point, and they can be dangerous. They have fast-moving blades that can cut you, and they can fall out of sky and into people.”

I still remember the time my family and I were given a drone demonstration above our horse pasture here in Taos, a couple of years back. My kids were cheering on the little flying machine, as if it were Indiana Jones running away from that huge boulder.

But I was pretty impressed too. It made me think of the future, in which we’re obviously living. (Now that flying cars are real.)

It makes one wonder what our ancestors, 10,000 years ago, fresh from a gazelle hunt, might think if flying robots descended from the sky?

Maybe someone will write that one up as a screenplay one of these days? I don’t know about you, but I’d pay to see it. 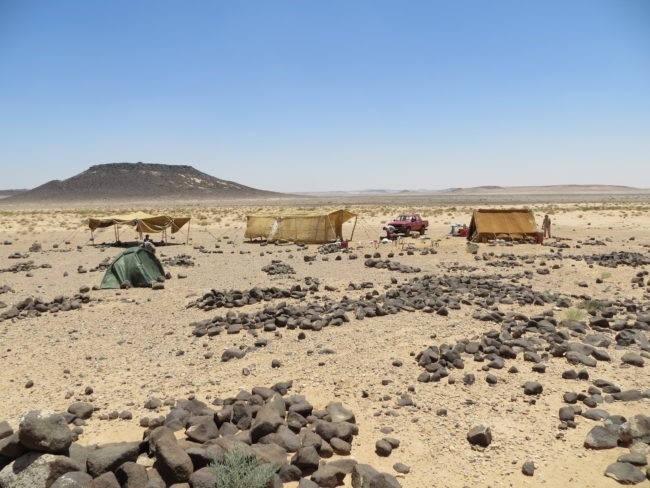 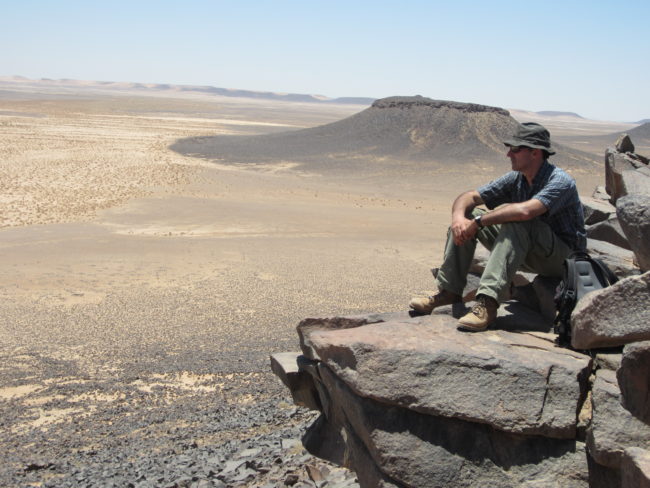 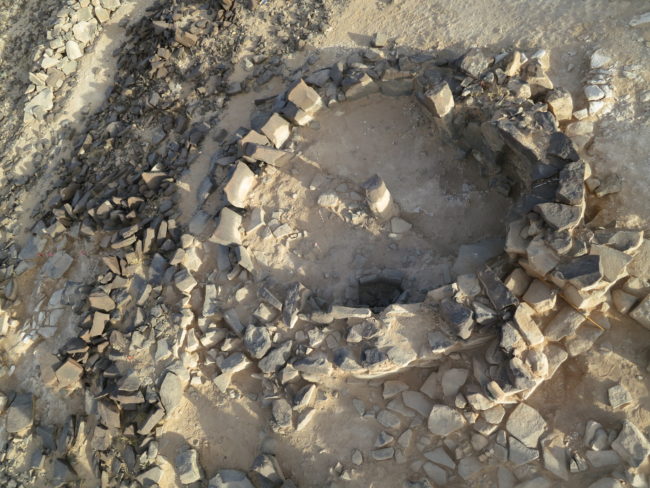 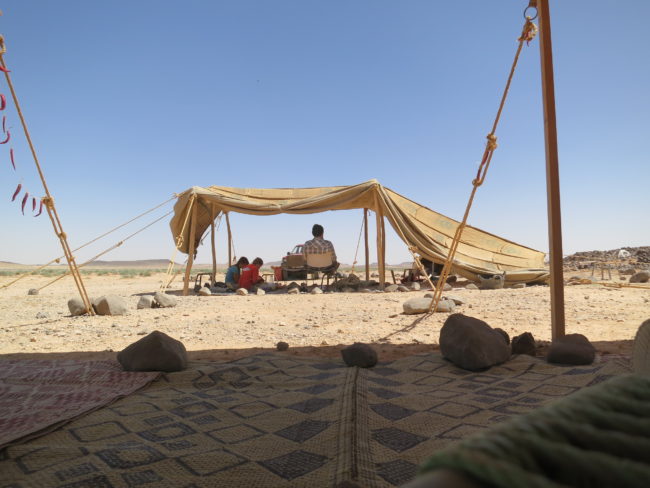 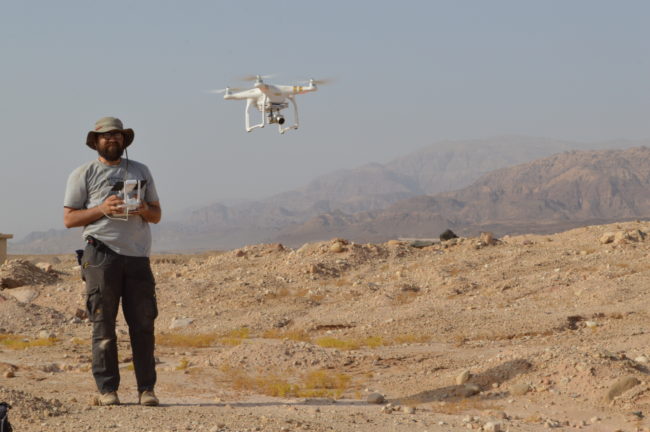