Mr. Friedman wrote tweets, seemingly from a parallel universe, in which Mr. Trump, who will be inaugurated today, worked hard to win over skeptics. He fake-tweeted, (in the real news,) suggesting ways in which things might have gone differently, were Mr. Trump a classier sort of guy.

My father sent me the article, thinking I’d appreciate it. While I read it in its entirety, it made me a little angry.

Trump is who he is. How can we possibly doubt his character and intentions, given decades of evidence that he’s just not a nice human being?

I admit, after my initial shock at the election results, I spent a week or so giving our next President the benefit of the doubt. I even wrote a conciliatory column, reaching out my hand to any potential Republican readers.

At this point, though, I accept that it was wishful thinking, as the slew of incendiary tweets and right wing cabinet appointments have laid waste to any optimism I might have tested out. (Where am I in the grieving process? Acceptance? Bargaining?)

Thomas Friedman and I have four things in common. We’re columnists, we’re men, we’re Jewish, and we write for the New York Times. But he’s a famous millionaire, and they don’t pay freelance bloggers so well, I’m afraid.

Given our different vantage points, even with the similarities we share, it’s not surprising that we’ve come to very different conclusions. He imagined a world in which Trump was magically moral, and I think he’s naive for even typing up such thoughts on a functioning computer.

That’s just the way the world works. As artists, we know this. If we’re doing our job right, we dig down deep into our experience, and come back with something that will speak to others. The more we connect to our own personal knowledge and desire, the more likely we are to speak to an audience.

Therefore, even if two artists nominally approached the very same subject matter, the resulting work could/should turn out to be very different.

I’m glad you asked, because this week, I had the opportunity to view “New York in the 1970’” by Philip Trager, a book published by Steidl that turned up in the mail this Fall. If you read every week, you’ll know that last Friday, we covered Richard Sandler’s book of photos from the Big Apple in the same time period.

I had the idea to check this one out, thinking it might be interesting to turn mid-January into a little compare and contrast assignment. I figured the two visions would have some overlap.

Mr. Trager’s pictures, made with a large format camera on a tripod, rather than grabbed in 1/60th of a second on the subway, are nearly devoid of people. Rather than focusing on the embittered, the downtrodden, and the decrepit, Mr. Trager drove around New York in awe of the majestic architecture.

Rather than look down, he chose to look up.

The pictures remind me a fair bit of early Thomas Struth, but given when they were shot, he wasn’t being derivative. And they do lack that take-a-deep-breath visceral beauty of Struth’s empty cities.

But Mr. Trager’s photographs are very well made, and present a New York that it is hard to believe ever existed. It’s regal, and quiet. It doesn’t even seem dirty, and I have no idea how he pulled that off.

And, of course, the Twin Towers.

He gains access to rooftops, and presents perspectives we are not accustomed to seeing. All of it, of course, in a grayscale that would make Gotham proud. (Shades of gray standing in for the bleak skies that haunt my memories.)

This is an accomplished and excellent group of pictures, if a touch emotionally dry. It makes for a superb book, partly because Steidl is renown for it’s high-quality printing.

When I picked it up, I had no idea what was inside. It showed me things I haven’t seen before, which is one of my primary qualifications for a review, but in this case, it did it in a new way.

I knew New York in the 70’s. Hell, I could see the city back then from my hometown in Jersey. It loomed large, and my recollections of it mesh well with what Richard Sandler photographed.

But this NYC, all stately buildings and quiet grandeur, I can’t believe it ever existed. Did it? Or was Mr. Trager just able to take advantage of one of photography’s inherent strengths: the ability to decontextualize a fraction of time from its larger surroundings?

As NYC in the 70’s is no longer around, outside of the art made to represent its legacy, I suppose we’ll never know.

Bottom Line: Classy book of NYC architecture, back in the day 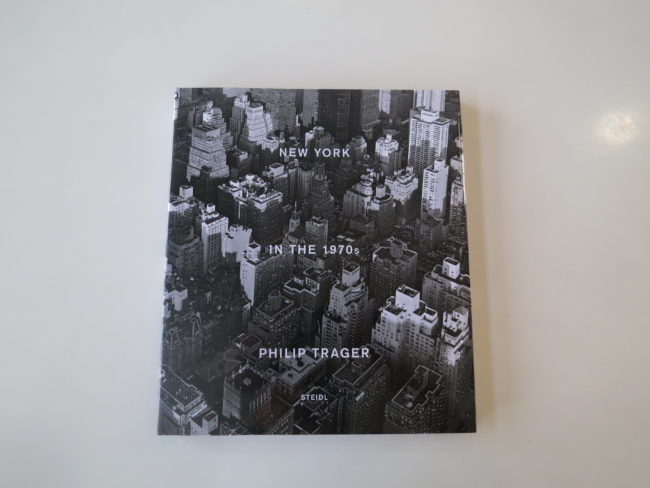 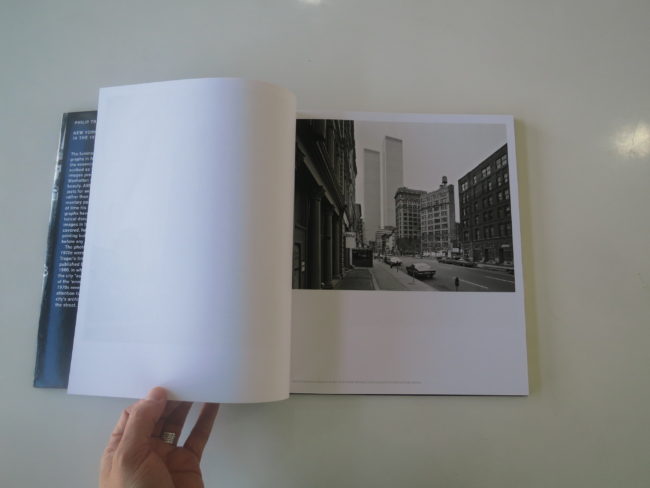 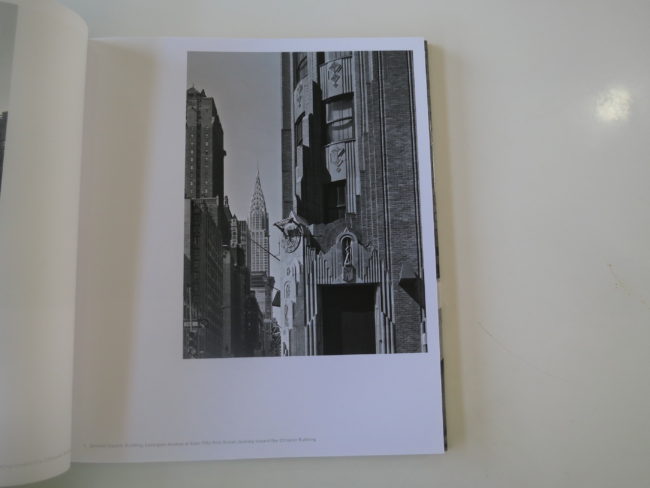 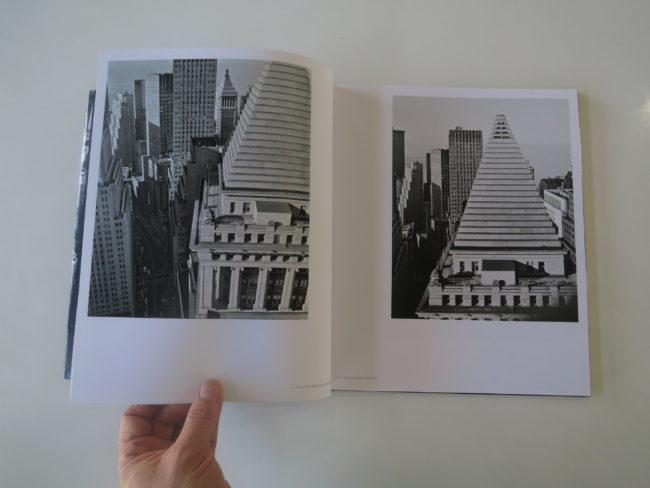 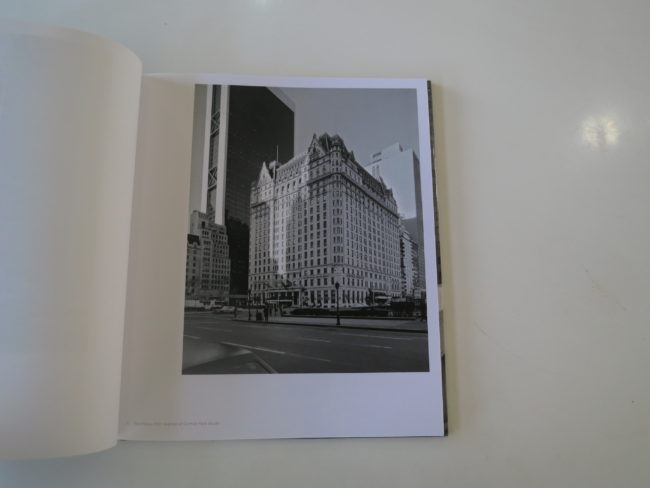 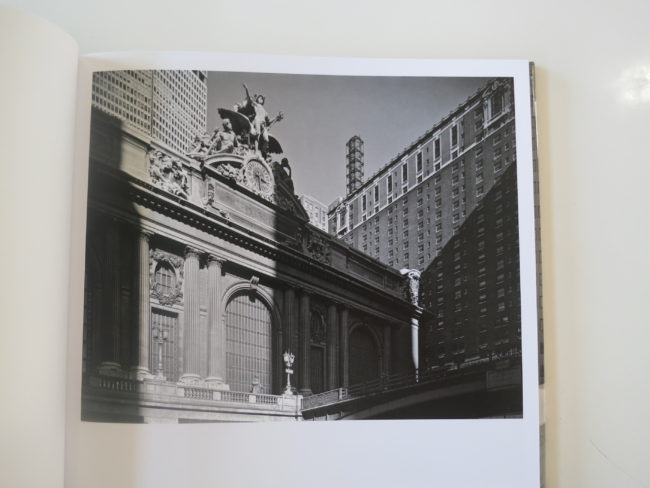 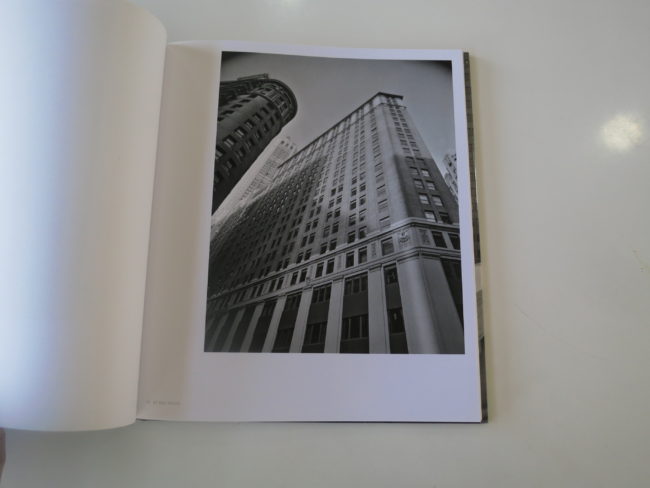 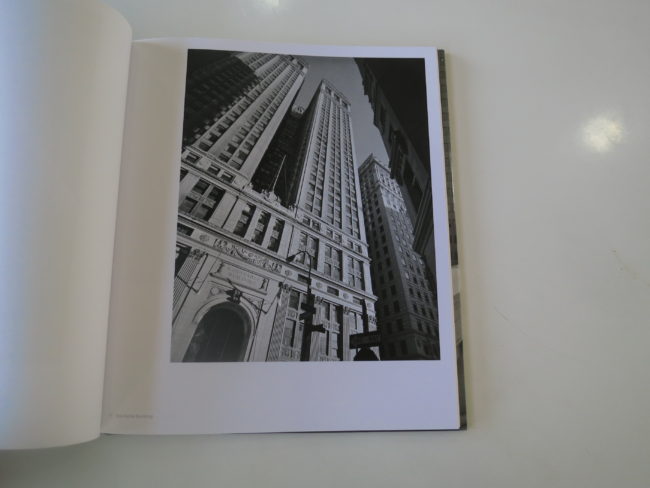 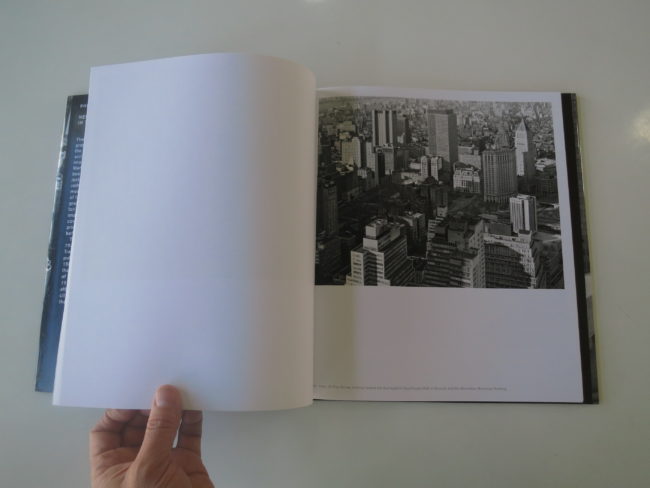 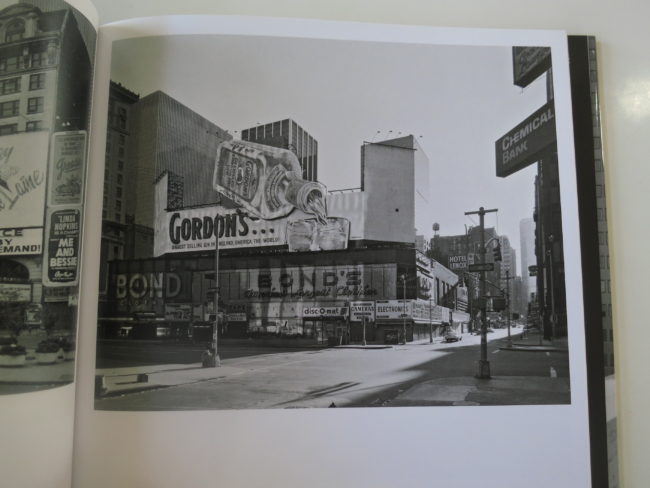 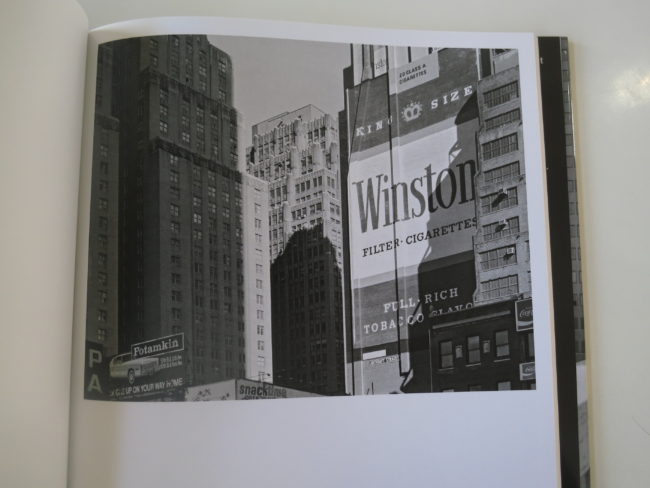 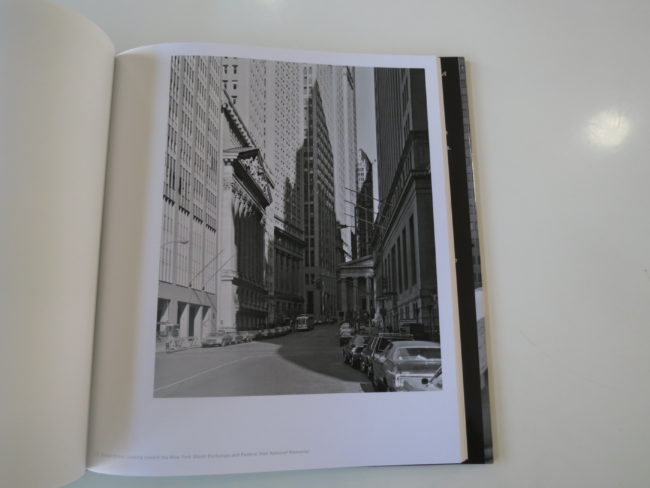 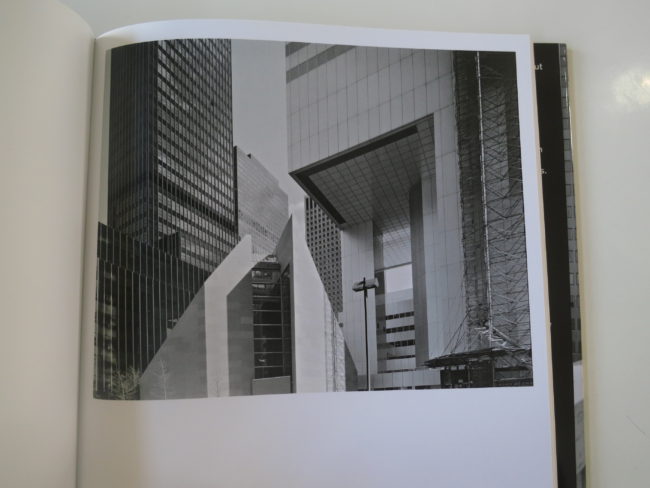 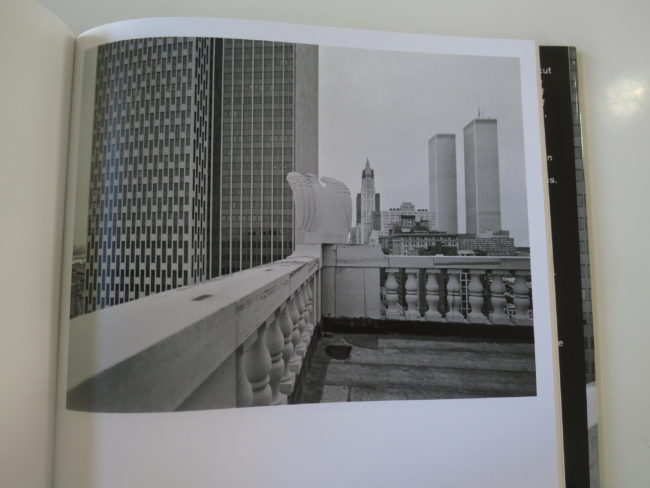 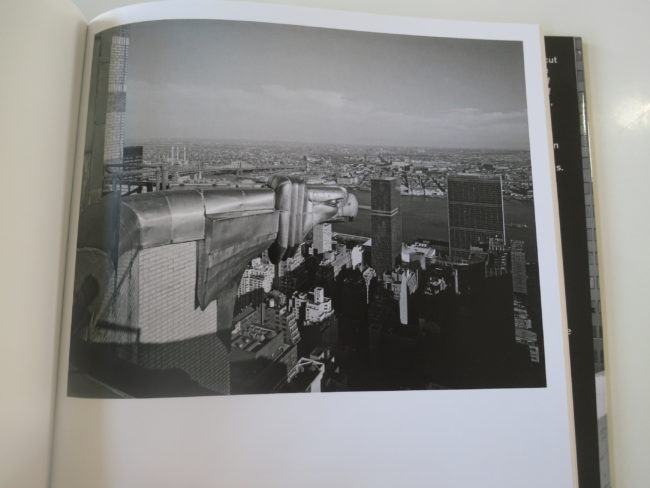 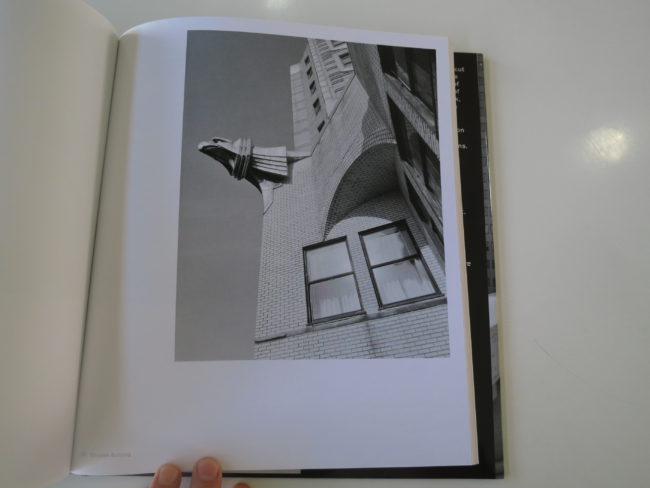 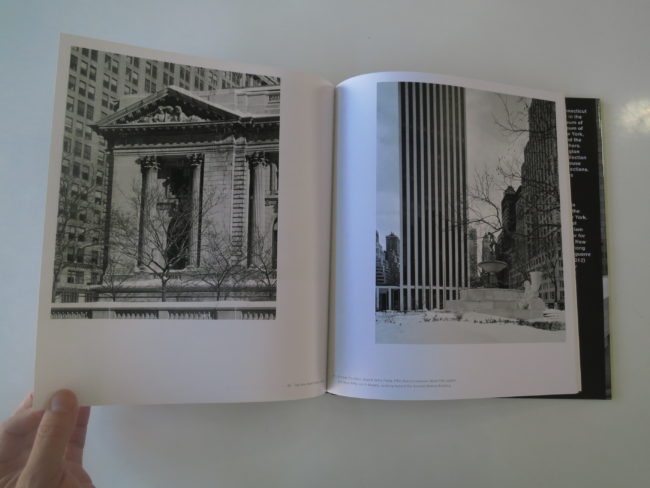 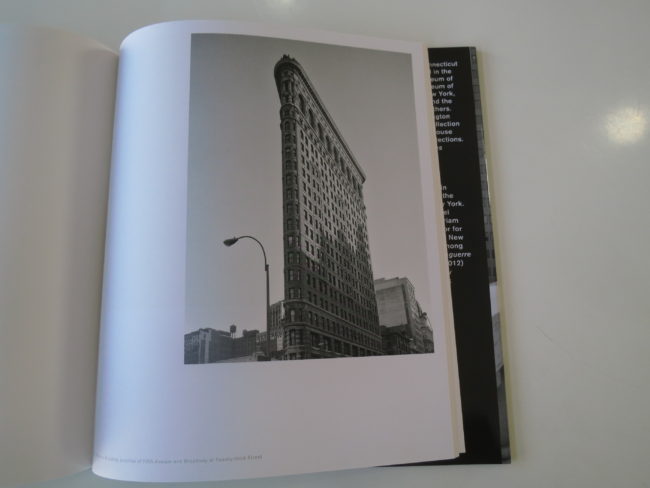 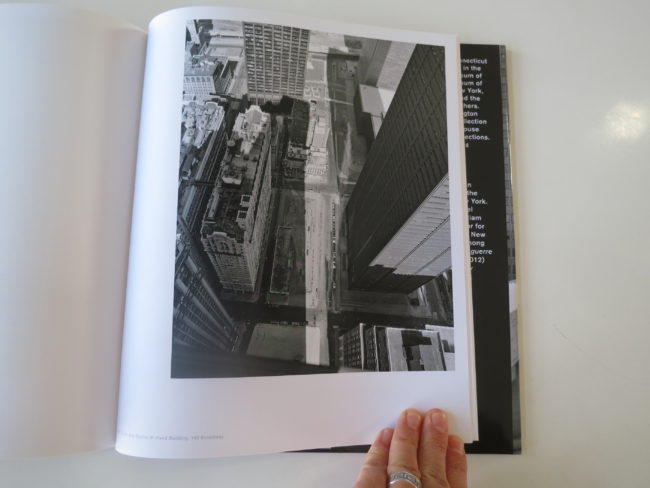 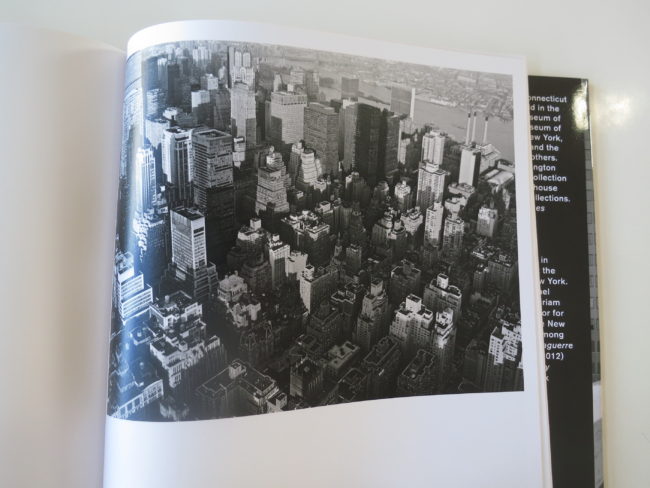 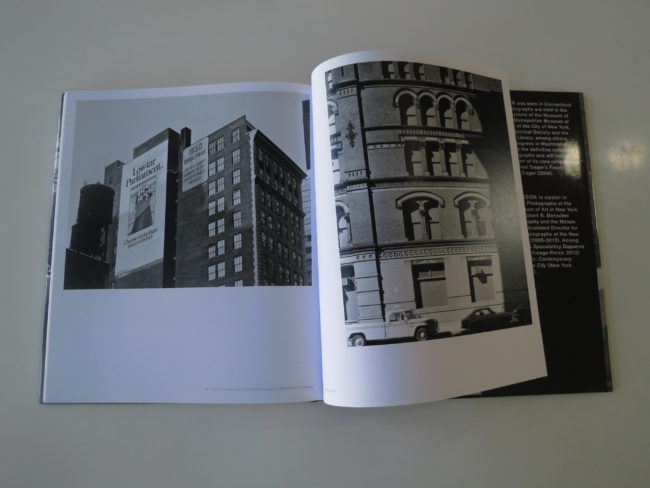 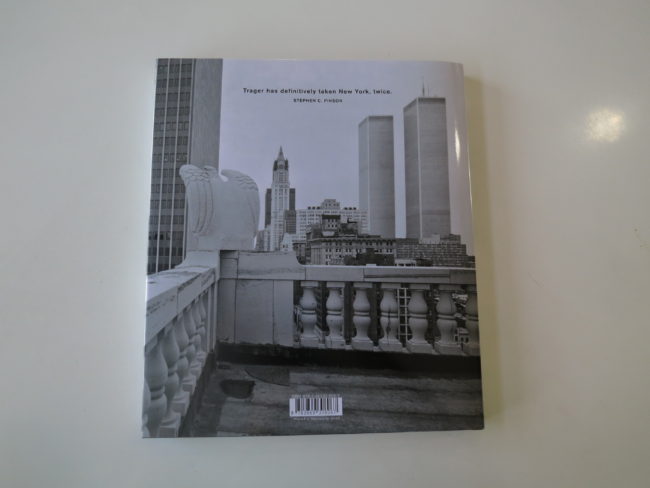