My brother and I were on a backpacking trip around Europe, back when that was still a thing. We didn’t get along very well, truth be told, but thought it might be fun to range around together.

We took a night train from Rome that got in to Lucerne in the morning, and caught a night train out that evening, so the entirety of my knowledge of Switzerland was crafted in about 12 hours.

What do I remember? Well, it was very beautiful, obviously. Jagged peaks rising up out of a clear blue lake. Crisp, clean air. Meticulous architecture.

Anyone can tell you that.

The real story, one I’m reluctant to admit, was that we went to a country fair that afternoon, and were aghast at how funny-looking people were. I recall it so clearly, as we both joked for hours that all that inbreeding had created some oddly unattractive people. (I say inbreeding because the mountainous terrain naturally meant it was difficult for people to travel from one village to the next, back in the day.)

It sounds terrible, I know, but it’s not like I make a habit of mocking people. (On second thought…) But really, the fair was just so weird. We saw local contests, like a tug of war, and there were pavilions filled with farming and industrial equipment.

Not a clown, bearded lady or tilt-a-whirl in sight.

Most people though, when they think of Switzerland, imagine banks, chocolate, watches, and neutrality. That last one seems a quaint and outdated concept in a brutal 2016. Honestly, who could be neutral about Donald J. Trump?

“Well, I suppose he has his good qualities, and his bad qualities. He is OK, I guess. Neither horrible nor amazing. I’d compare him to an under-sweetened bowl of oatmeal. It could be better, of course, but it could also be worse.”

No, imaginary Swiss person. One cannot maintain neutrality in the face of an absurdist film come to life. It’s simply not possible.

Thankfully, such stereotypes are just that. Clearly, a country with three languages and a million mountains is about more than money, sweets and grinding gears, right?

As usual, I’m glad you asked. I’m prepared to answer the question, as I’ve just put down “The Swiss,” a new book by Christian Nilson, published by Scheidegger & Spiess. Sure, the title is meant to evoke “The Americans,” by the Swiss photographer Robert Frank, but beyond that, I found it to be a refreshing and original piece of work.

Christian sent the book along because he figured I’d dig it, and he was correct. I think it’s great, as it fits in with my typical review criteria: it shows us something we haven’t seen before, and it does so with well-crafted style.

Turns out, Christian has lived in Switzerland for a while, but is originally from Sweden, so he brings an outsider’s perspective to a place he knows well, which is often a recipe for success. Throw in a heavy use of daytime flash, and you’ve almost tailor-made a book to my own personal tastes. (This being the most subjective of book-review-columns.)

We see scenic mountains, of course, and the picture with a tiny church perched precariously on a ridge-line is pretty terrific. But it’s the strange, almost geeky absurdity of certain subcultures that really surprises.

A dude in a Batman costume, holding a child in his monstrously large hands. A gross-looking plate of food that appears to contain a mass of mayonnaise covering a phallic pickle. We see men in traditional costumes, sure, but also a woman playing the accordion with a ridiculous man-bun on top of her head.

There’s a bio-diesel car jimmy-rigged with a Monster energy drink sticker on its exhaust pipe, a garden gnome, skiers being pulled by horses, an a nuclear-reactor sitting behind a dapper playground.

Dog shows, outdoor wrestling, and Dora the Explorer make appearances as well. And we can’t forget the picture of an apricot farmer, Aprikosen Andi, who sports a glossy advertising selfie next to his fruit stand.

Though I’ve always felt bad for remembering the Swiss as less-than-gorgeous, there is one picture of an unattractive woman at a summer festival that felt like it was ripped straight from my memory banks.

Best of all, though, is a strange sub-theme of people sitting in chairs and on beds with large, protruding feet. There are two photos in particular, of women with gigantic feet, that don’t really make any sense at all, except they’re so strange that they’re perfect.

Each time I found a new big-foot picture, I could almost see the thought-bubble pop up in front of my face. WTF, the thought bubble said. WTF?

It’s impossible, of course, to boil a country’s citizenry down to a few dozen photographs. Can’t be done. But we can get a sense of how an artist views a society. According to this book, Switzerland seems like a mix of gauche German taste, colorful Italian opulence, and a kitchy, Jerry-Lewis-loving French sense of humor. 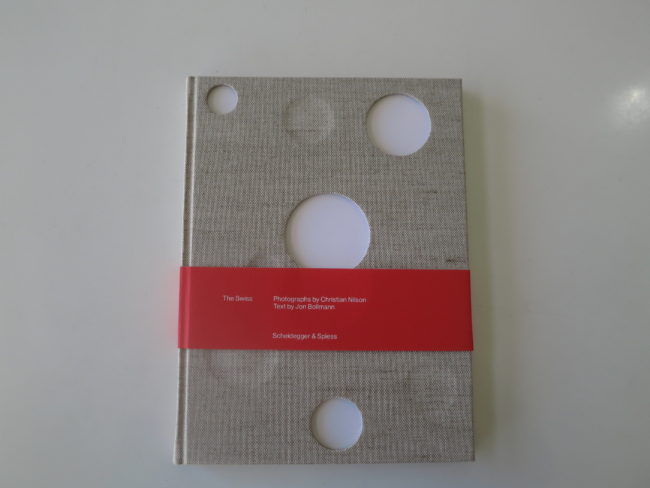 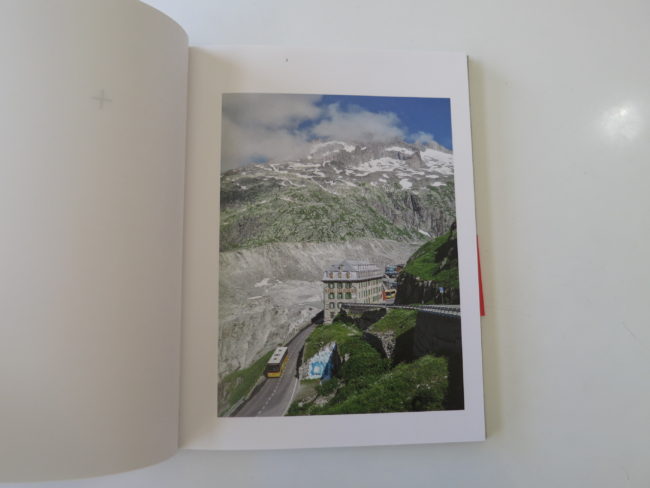 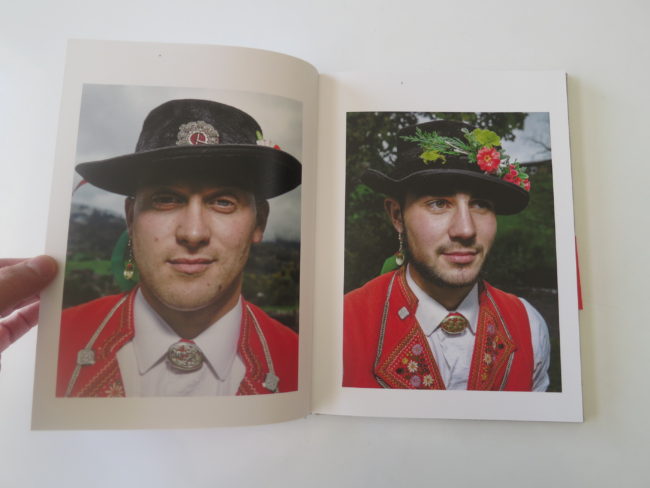 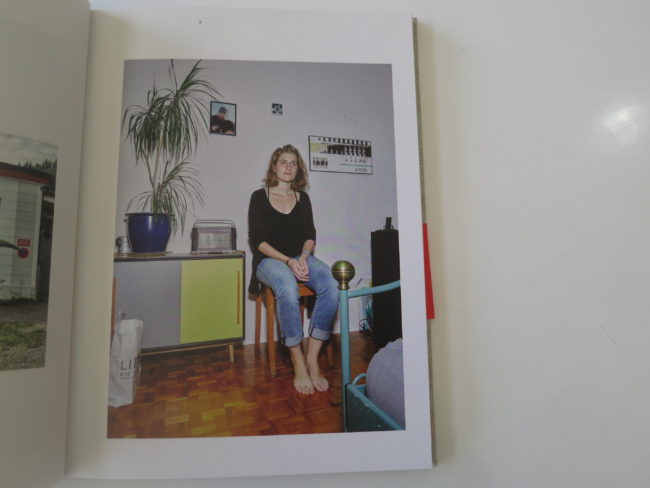 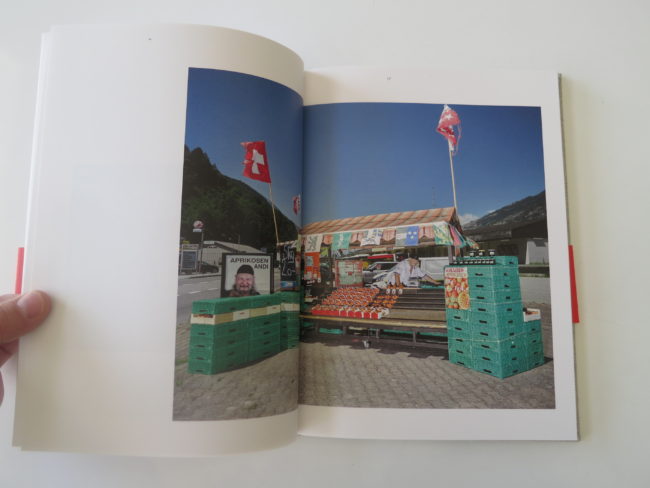 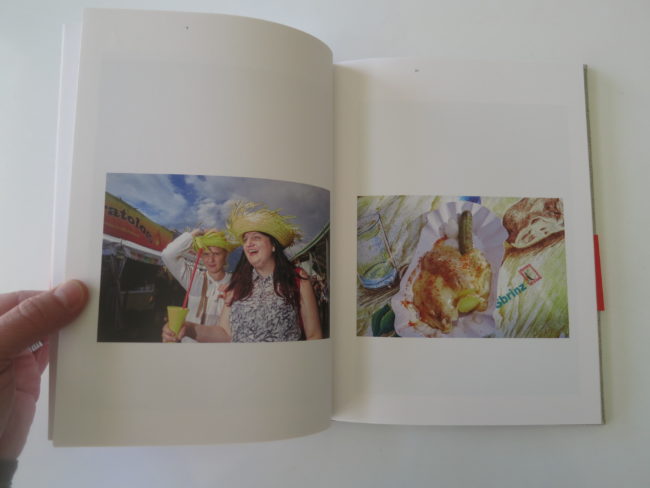 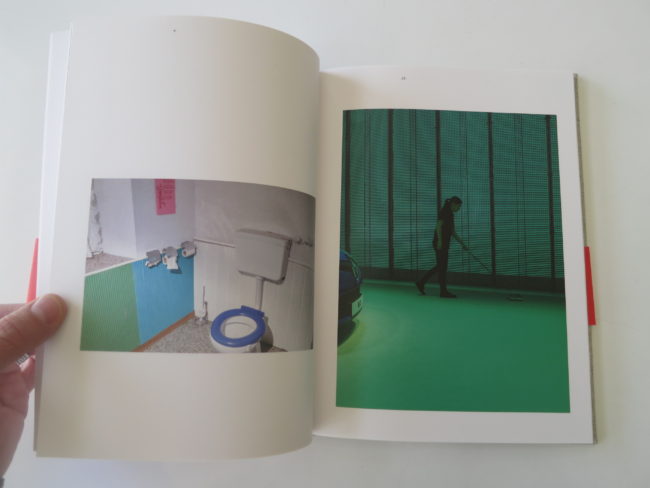 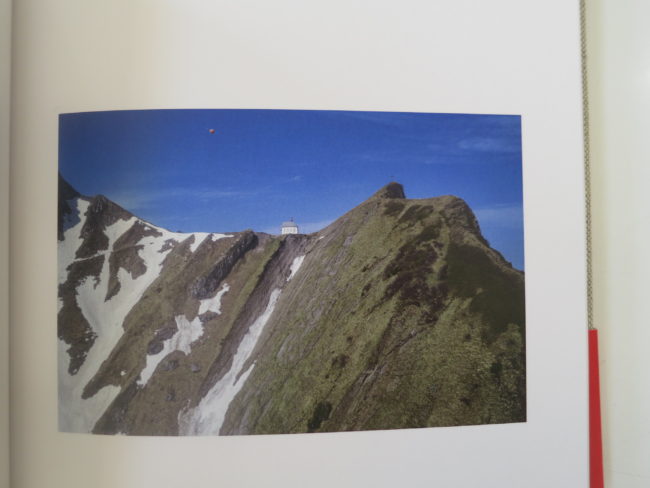 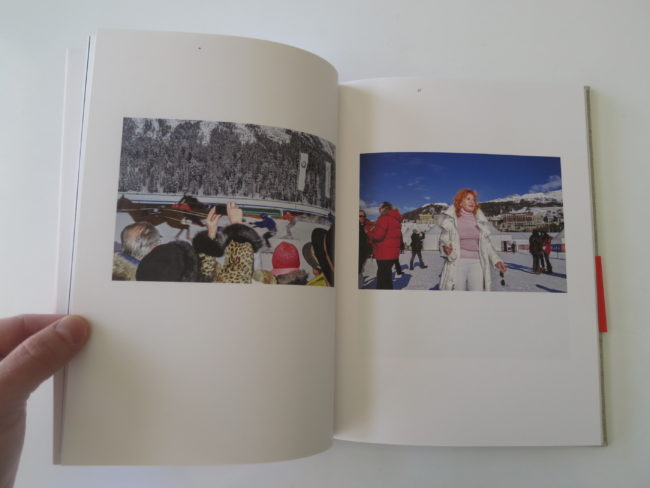 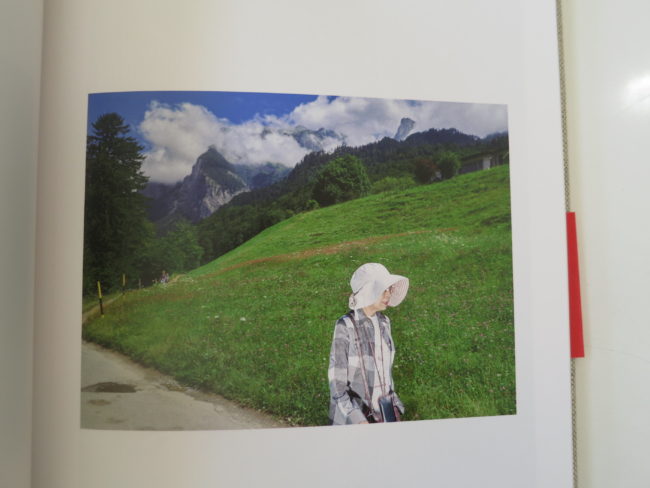 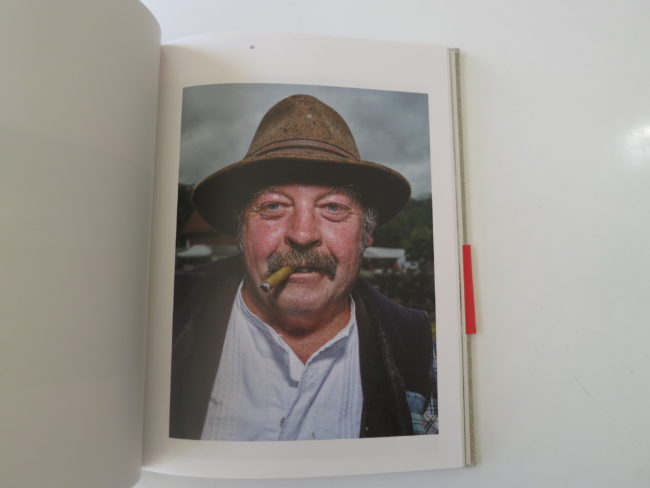 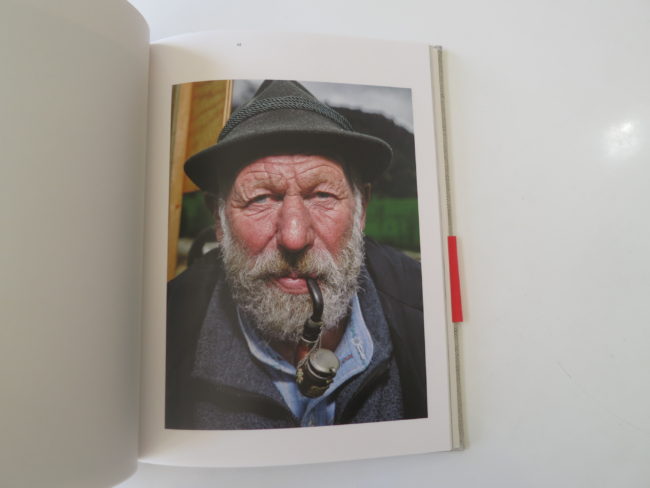 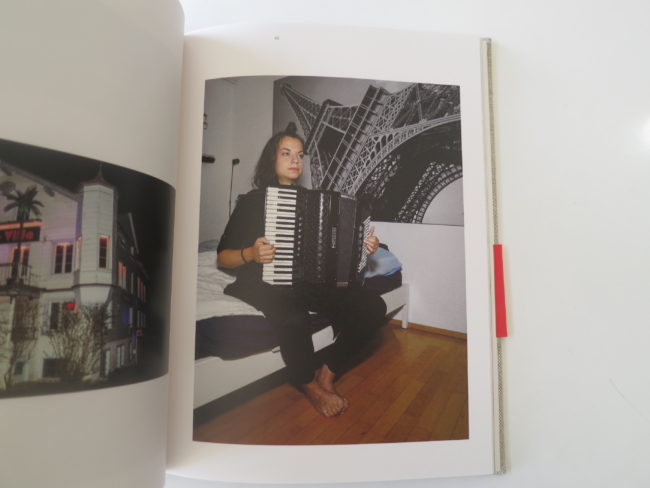 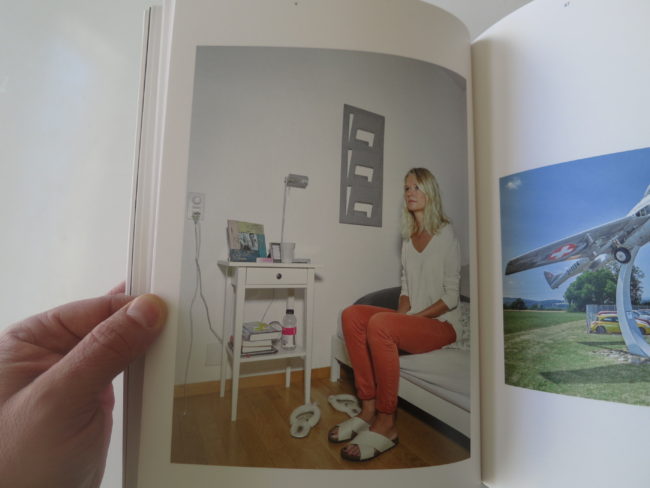 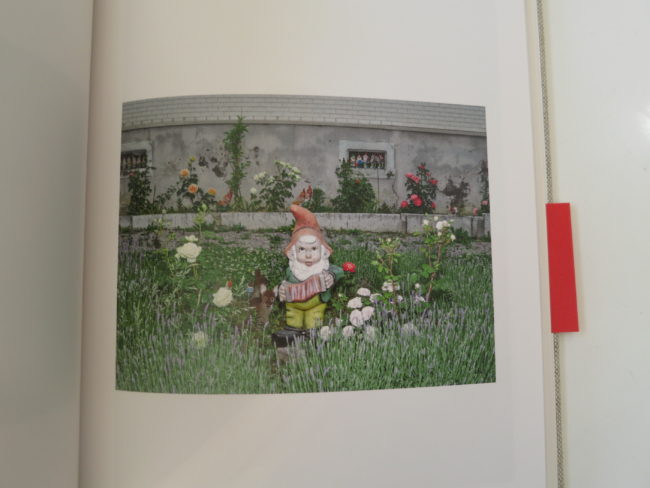 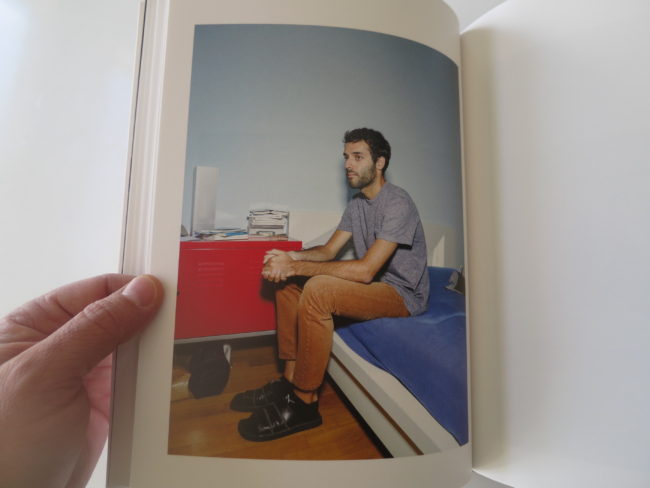 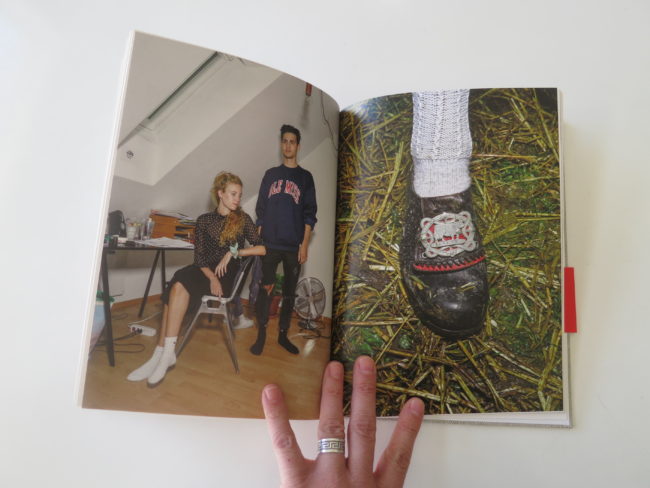 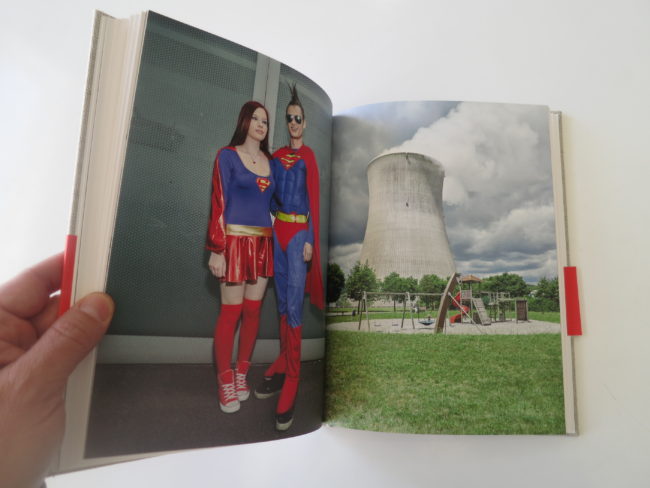 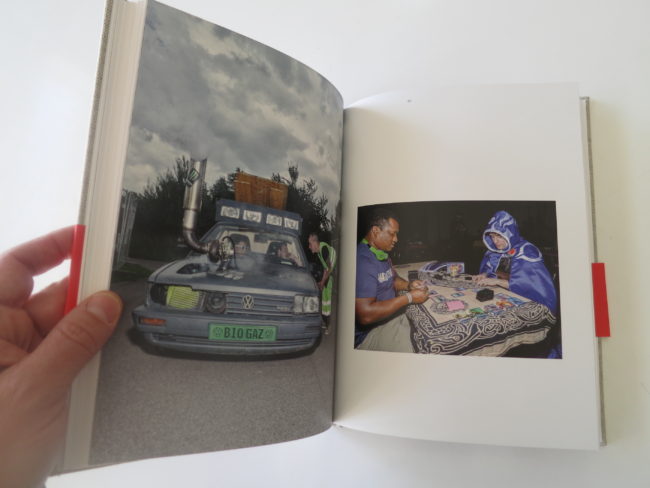 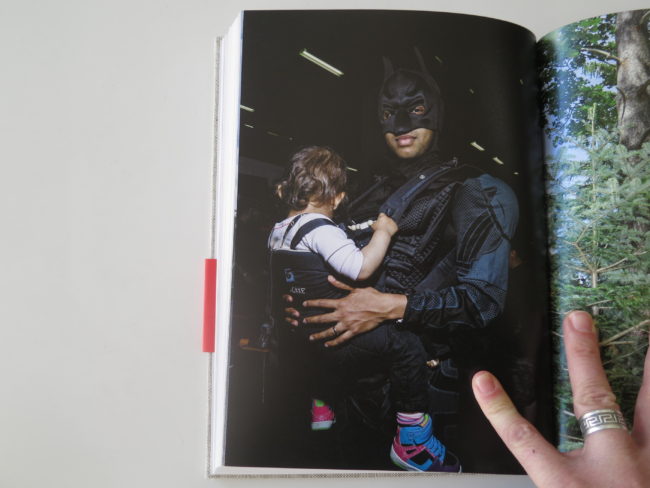 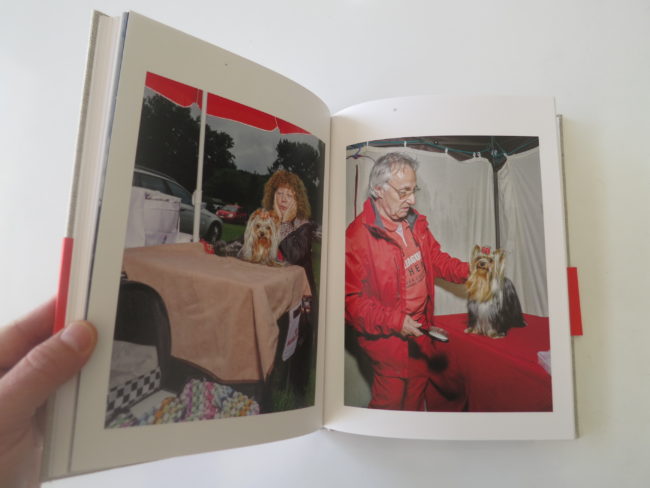 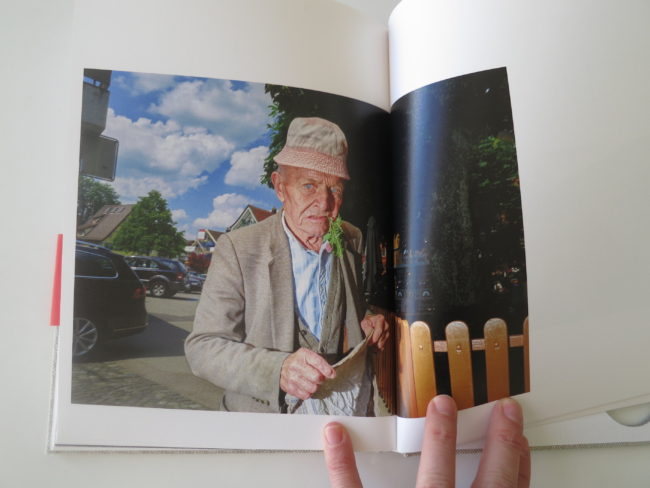 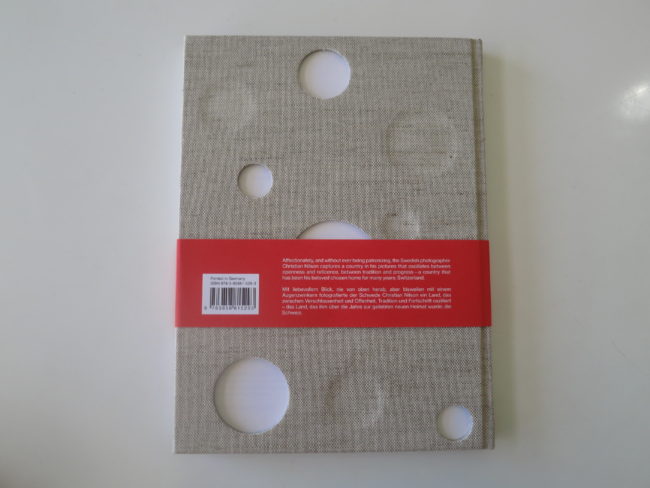