It’s been almost 6 years since my photographic project, “The Value of a Dollar,” went viral on the internet. 6 years since my life changed for the better, as the after-effects of the phenomenon were massive.

I sold a lot of work. Enough to have another child. And some of you have been following along the entire time.

But in the midst of the virality, one odd little blog post stuck out for me, more than almost any other. Some random person, in some random place, posted a handfull of quotes one day. I was featured, and just below me was Stringer Bell, from “The Wire.”

For some reason, being in such proximity to a massively influential fictional character made a big impression me. If I’m in the same conversation as Stringer, I thought, things just might work out OK.

Idris Elba, the actor who played the duplicitous criminal, has since become a Massive Global Icon. If you haven’t seen him in the brilliant BBC series Luther, do yourself a favor and Netflix that shit immediately.

Mr. Elba is also a DJ, apparently, but is mostly known for being a big, handsome, charismatic, extremely talented actor. (If you saw him in “Thor,” just forget it ever happened. Could you act if you had such ridiculous contact lenses?)

I mention it all, frankly, because Idris Elba really needs to be the next James Bond. Fuck Tom Hiddleston, or anyone else you might suggest. It must be Idris Elba.

No one else in the British Isles has his combination of suave confidence, flinty gravitas, and the raw physicality that Daniel Craig invested in the role. (Who wants to see a soft, posh, Roger-Moore-type Bond now?)

I don’t remember who it was, but someone came out last year and complained that Idris Elba would be too “street” to play Bond. Street being code for Black. Black being a stand-in for not-properly-English.

A few weeks past the Brexit, we’re all familiar with the seething sea of racism underpinning English culture. Even Leicester City’s hero, Jamie Vardy, was busted on video being a racist prick a while back. (Oi! Tell us something we don’t know, mate.)

The idea of a Black James Bond is anathema to the self-image that many an Englishman clings to, these days. Times gone by. The Sun rising and setting on the English Empire. A steady supply of subsidized tea.

That sort of thing.

But we’re not living in the 19th Century anymore, I can assure you. England can no more shut itself off from the world than I can properly spell Supercalifragilisticexpialadocious properly on my first try. (No way I got that right.)

I’ve mentioned Neal Stephenson’s seminal, futuristic masterpiece “Snow Crash” before, I’m sure, and among its many prophetic themes was hordes of refugees becoming the norm in the future. You simply cannot stop people from fleeing for their lives, unless you’re prepared to kill them. (Definition of irony, anyone?)

England, and the entire UK for that matter, are in for a rough few years, it would seem. The new millennium has not been kind to the old order, unless you believe the old order represents the rich getting richer, and the poor getting poorer. (On second thought…)

But new ideas are out there, new systems of communication, and different types of entertainment. Hell, we just let my son buy his first video game, and it turns out that even a hand-held-Nintendo-machine can create seamless virtual reality, for cost of 5 beers at a baseball game.

James Bond, however, keeps going. He might be England’s most ruthless, sexy version of itself, but the system he represents, glorifying violence, gadgets and hot chicks, seems a bit antiquated in a world in which all the ladies on Game of Thrones are clearly WINNING!

The illusion of being forever young is at the heart of the James Bond narrative. He might age a little, but once the hair piece is no-longer-believable, you’re shown the door. (That means you, Sean Connery.)

The ladies, even more than Bond, are perfectly replaceable. (And far more vulnerable to bullets.) So many of them have died, in all these movies, that it’s hard not to discern a serious strain of misogyny in the source-code.

But what do all these props, as the female actors were more-or-less treated, look like now? As actual humans, they must have aged, right? And all that cutting-edge-tech, for which the Bond films are also known? Would space-age-60’s gadgets still look cool in the 21st Century?

Glad you asked, as I’ve just finished putting down “Birds of the West Indies,” a book by Taryn Simon, published a few years ago by Hatje Cantz. (Not sure how an older book ended up in my pile, but I’m glad it did.)

I’m a big fan of Ms. Simon’s work, and my review of “A Living Man Declared Dead” enabled me to create this now-familiar, rambling, discursive style. (Thanks, Taryn!)

Apparently, an ornithologist named James Bond was the inspiration for the super-spy’s name, and his main achievement was a book of the same title. (That one was presumably about actual birds, instead of the English slang term for women.)

There’s an index section at the back that actually does list the genus types of all the avians, but it seems tacked on, and purely ironic. But it’s her book, I suppose, so she can do what she wants.

The rest of the volume, including all the plates, feature the aforementioned guns, cars, and chicks that populated the Bond films from 1962-2012. If you’re wondering what Maud Allen or Tanya Roberts look like these days, seek no further. Some actresses refused to be photographed, presumably out of fear of destroying the illusion of perpetual beauty.

But most all are present, including a rumpled Grace Jones, a self-consicous Michelle Yeoh, and a see-through-shirt-wearing Sophie Marceau. (According to the text, the actress chose their wardrobes and poses.) Halle Berry and Famke Janssen take their place alongside fake nuclear devices, half shark heads, and more blades, guns and Aston Martins than you can believe.

It’s her signature style now, this categorical, dry, meticulous rendering of a subject mined for its metaphorical potential. We get it. Keep backdrop, swap out subject, click the shutter. (The end notes thank Phase One, so we can surmise she’s using a very, very expensive camera.)

Taryn Simon’s work also hinges on access; her rolodex that means she can ring up Barbara Broccoli, make her pitch, and hang up with a yes. If you or I tried that, we’d never even get the phone number.

As for this book, it’s certainly not genius, and I’m not sure you’ll want to buy it, but it is a very cool collection of bound pages. She cuts through one of the greatest ongoing illusions in contemporary culture. We get to go backstage along with her, and can have no doubts that the James Bond myth is alive and well in the 20 teens.

Which is more than we can say for England’s soccer team at the European Championship. (Burn!)

To Purchase “Birds of the West Indies” Visit Photo-Eye 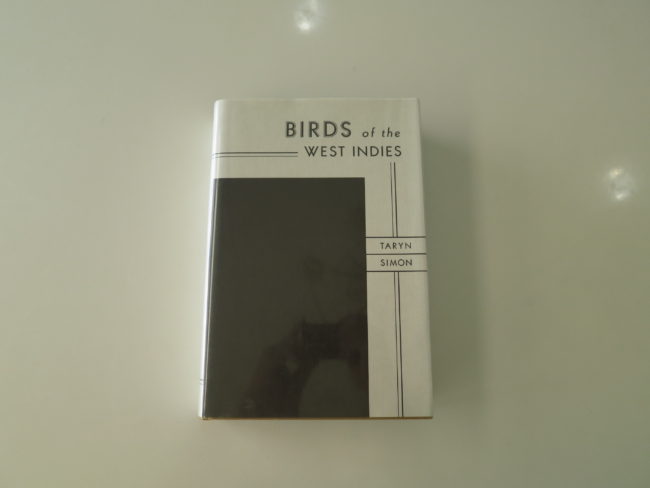 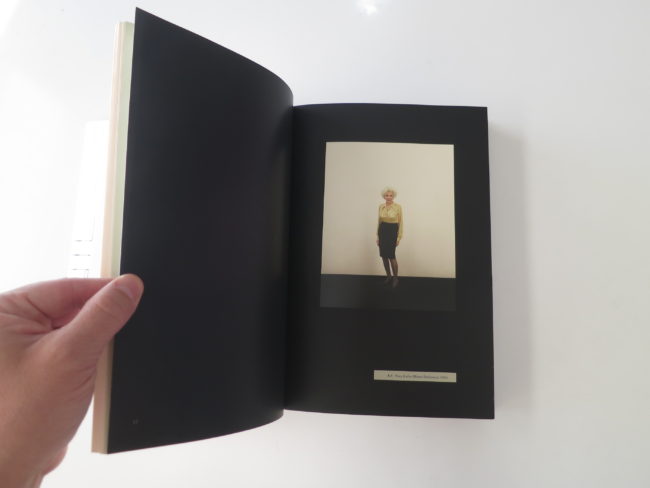 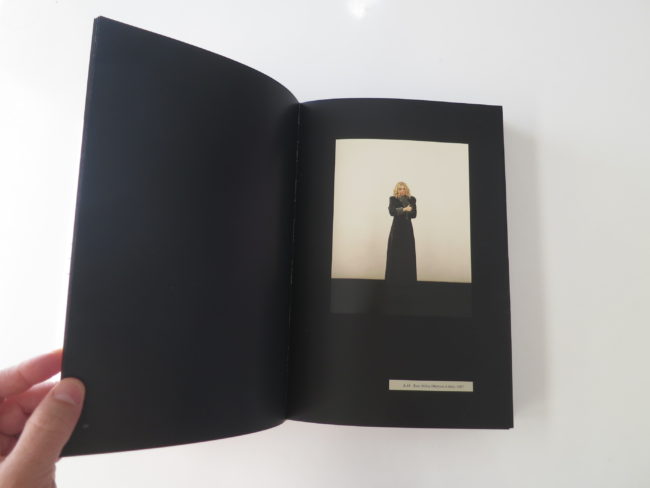 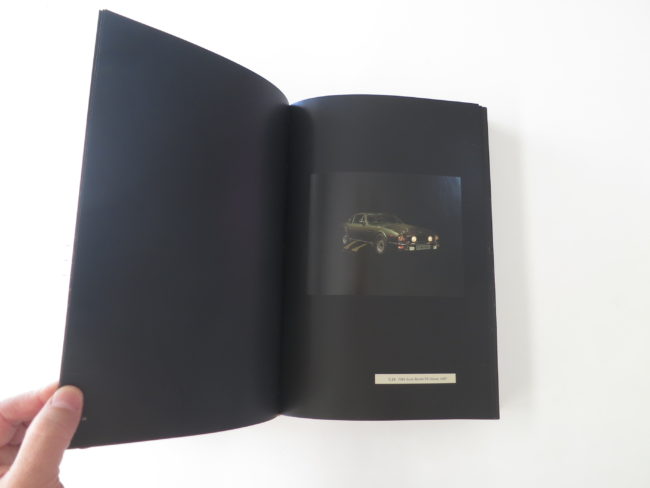 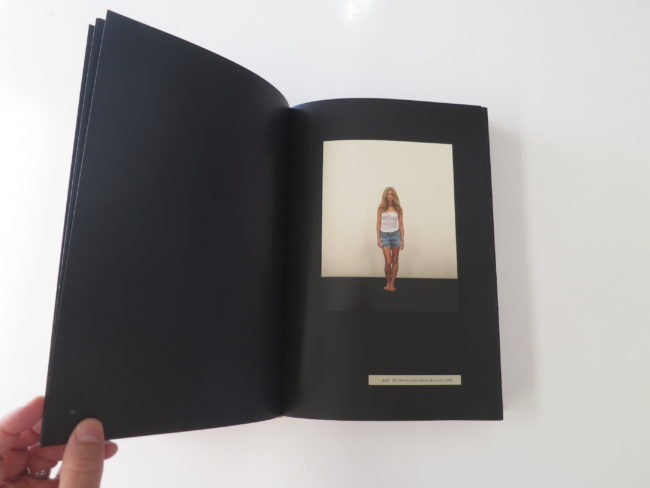 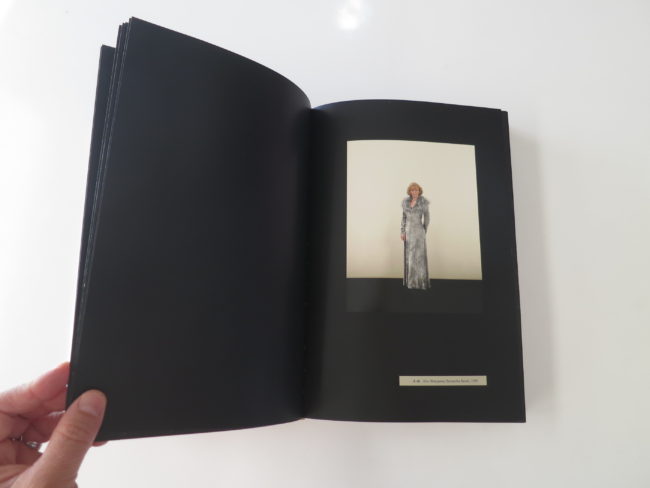 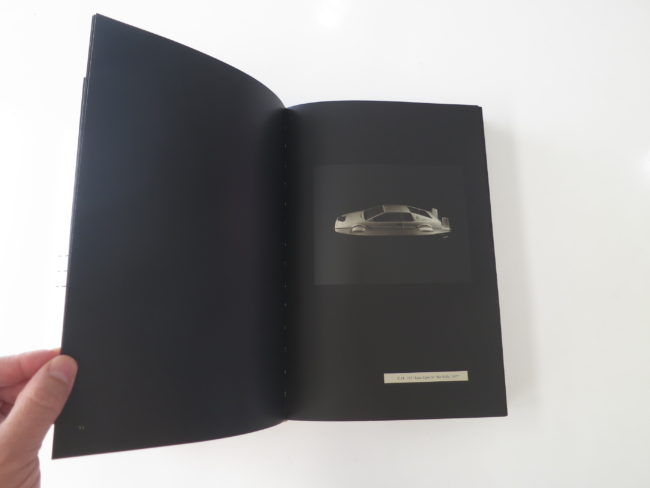 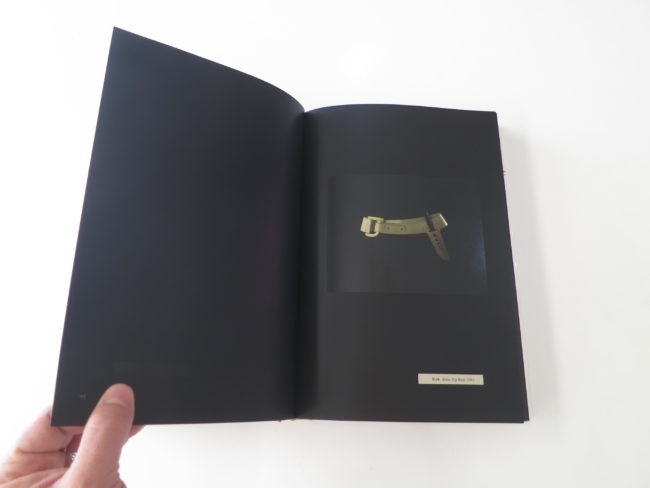 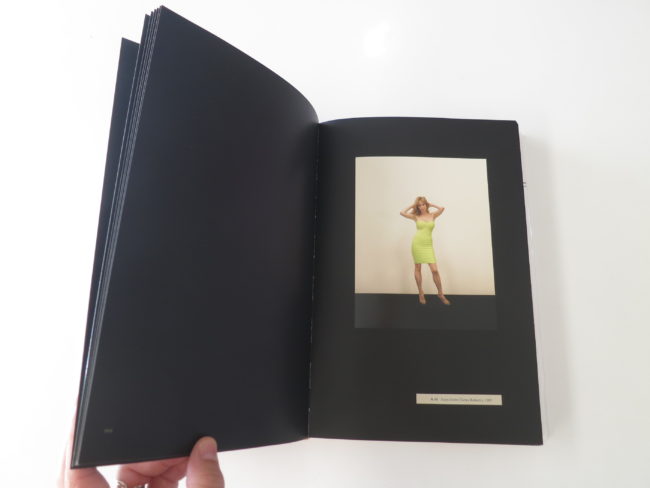 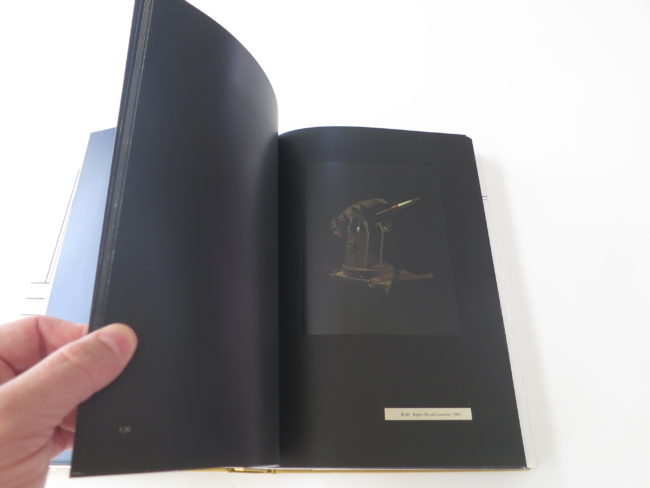 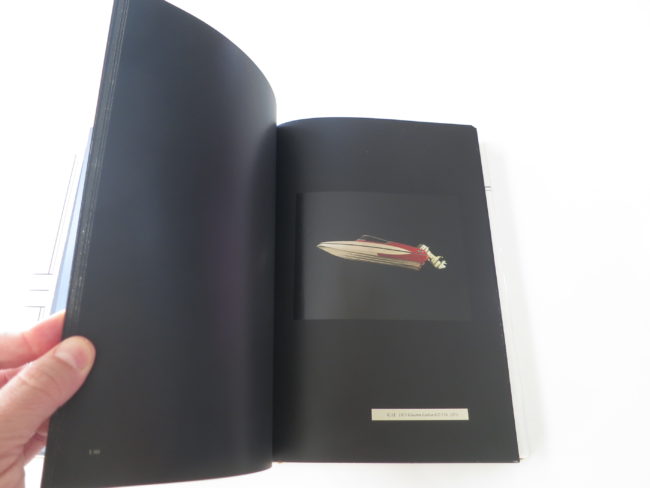 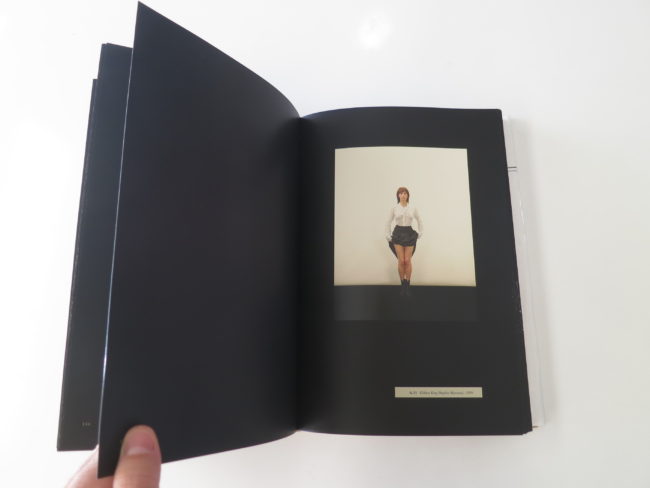 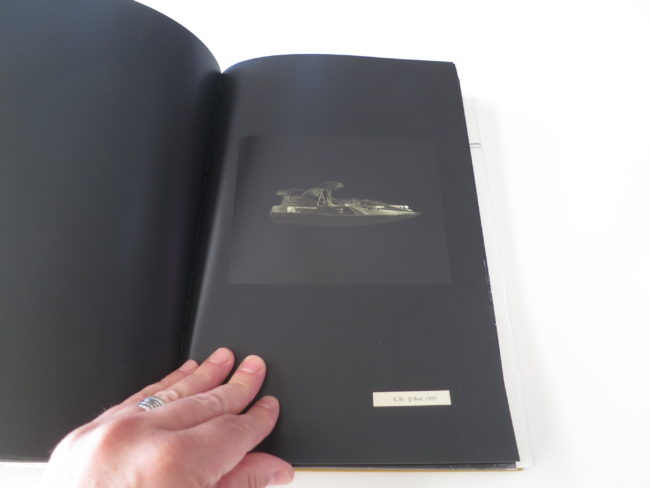 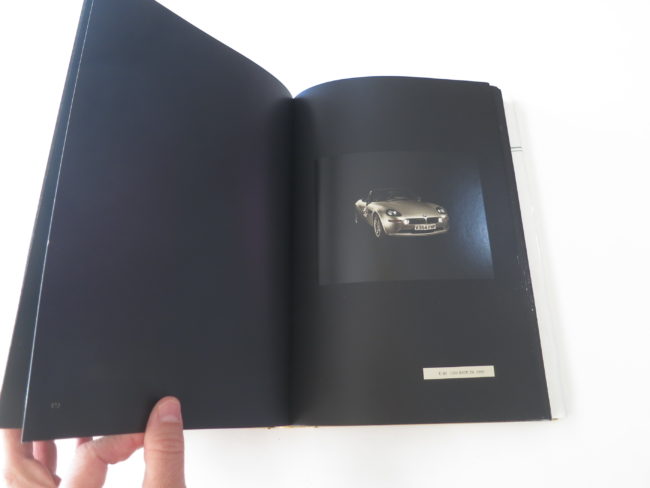 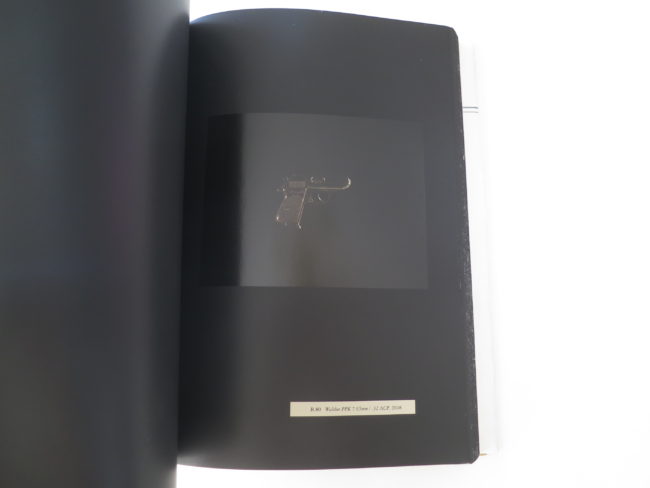 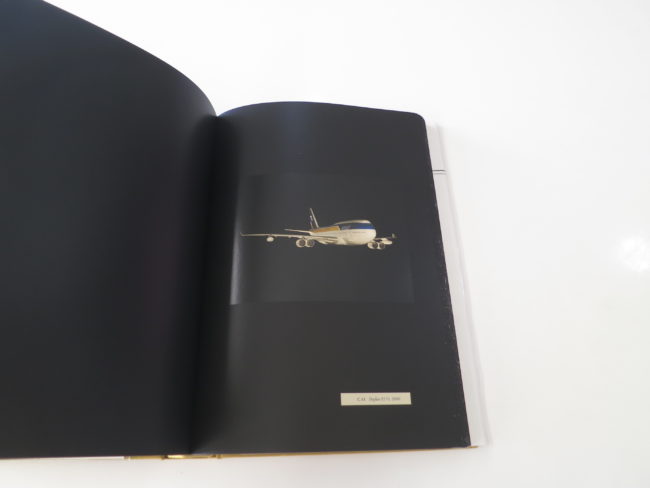 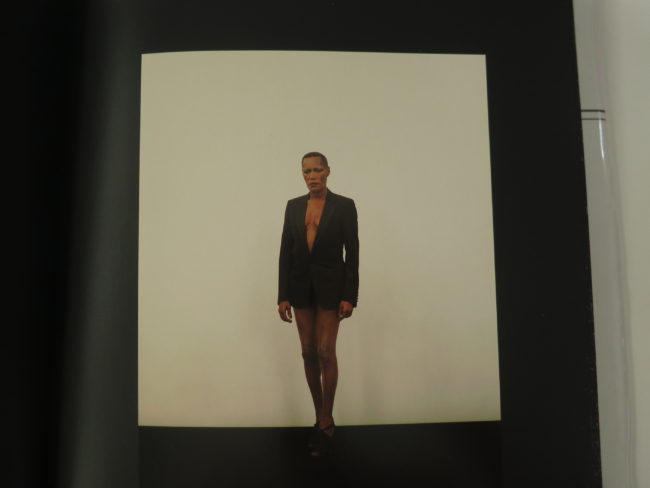 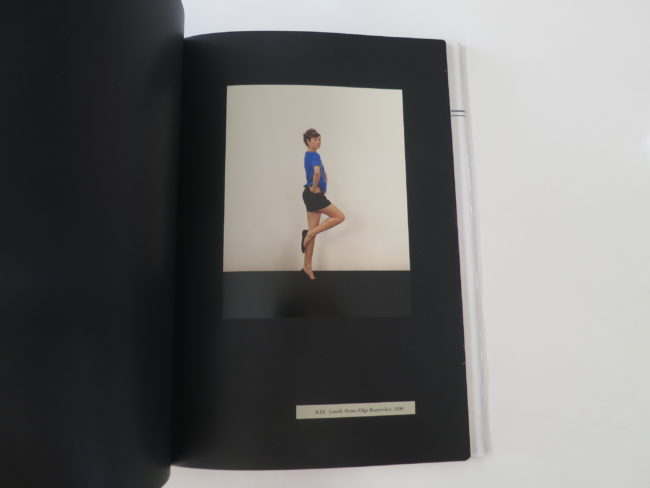 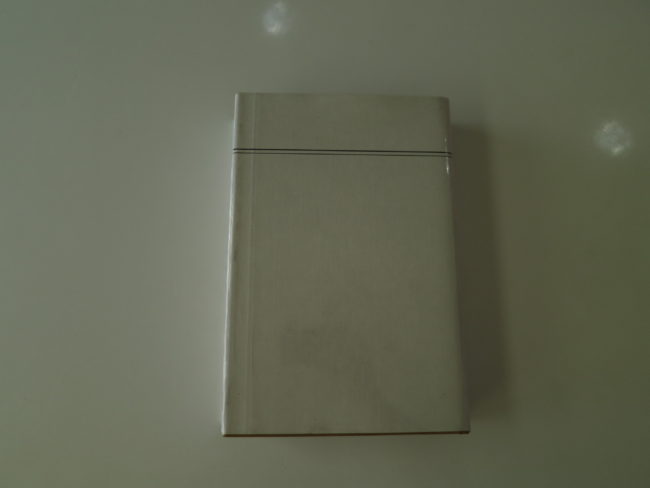 The Art of the Personal Project: Naomi Harris 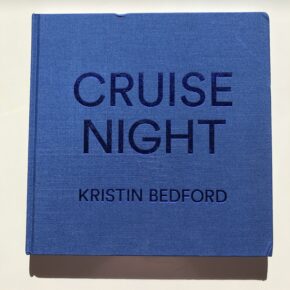 This Week in Photography: Cruise Night 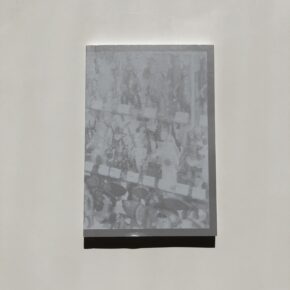 This Week in Photography: Leaving the Nest