I live in a bubble. (At least it feels that way.) Taos is an insular place, and it holds on to its own.

It takes a great deal of energy to leave, as the nearest towns are miles and miles in every direction. It feels very much like an island in the middle of the Wild West, equal parts 19th and 21st Centuries.

When you don’t have the perspective of other places and cultures to keep you balanced, you begin to over-invest in the little daily rituals and dramas that play out. Insignificant social interactions take on import they don’t really deserve.

You begin to go a little crazy.

Fortunately, last week, I embarked on a great adventure, driving 2000 miles across the massive state of Texas. I’d been stuck in the Taos orbit for too long, and marshaled my resources to allow for a big art/photo road trip, all the way to Houston.

I was headed to FotoFest, to show my own work for a change, and stopped in Dallas, Ft. Worth, and Austin on the way. As the highway flashbacks are still fresh, I’ll spare you a succession of anecdotes, and err on the side of brevity. (For once.)

My trip was fabulous. It gave me a fresh take on my life, a renewed sense of purpose as an artist, and as a human being in general.

There’s nothing like the open road to clear your head.

I needed to get the hell out of town, because I’d recently found myself standing at the top of our hill, staring out into the desert, wishing I could escape. I felt trapped, surrounded by mountains, desert and volcanoes in all directions.

Now that I’m home, I recognized a similar feeling in “Brighter Later,” a new book from my pile, by Brian David Stevens, recently published by Tartaruga Press in England. To cut to the chase, for once, this is not a brilliant book. It will not change your life.

It will not, singlehandedly, give you new insight into the human experience. It’s simply not that kind of production. (Though the textured cover and sleek vellum text pages do make for a lovely offering.)

The artist, with whom I occasionally trade tweets, visited each county in England, and made diptych images looking out into the sea beyond. (Because he used to close one eye, and then the other, when he was a boy, looking at the sea.) The images resemble many we’ve seen of the horizon before, including the famous project by Hiroshi Sugimoto.

So they fail my self-imposed test of showing us something we haven’t seen before. Still, they’re beautiful. And that counts for something.

I was far more intrigued by the categorical nature of the undertaking. Two images, in each and every county. It made me feel like the artist was living in a world before boats were invented. I imagined him thinking, “There has to be a way off this godforsaken rock in the middle of the ocean! Maybe if I try Carmarthenshire…no good. Or Ceredigion? Damn. What about Ayrshire? No. Argyll & Bute? Not quite.”

I felt the desperation for peace, for beauty, for a visual reminder that things are big out there, on Planet Earth, even if we’re cut off from the action.

I liked that a personality emerged from the pretty ocean shots. Slowly, you begin to think about the artist. What was he searching for? Why did he have to go to every county? There’s a secret buried somewhere in this exploration, if only we can find it.

Right. I’m headed back to drool on myself, and do my taxes. Sometimes, when you do get out into the world, you come home to drudgery. That’s OK, as long as the memories of excitement carry you until the next big adventure.

Bottom Line: Beautiful ocean horizons, and the yearning beneath 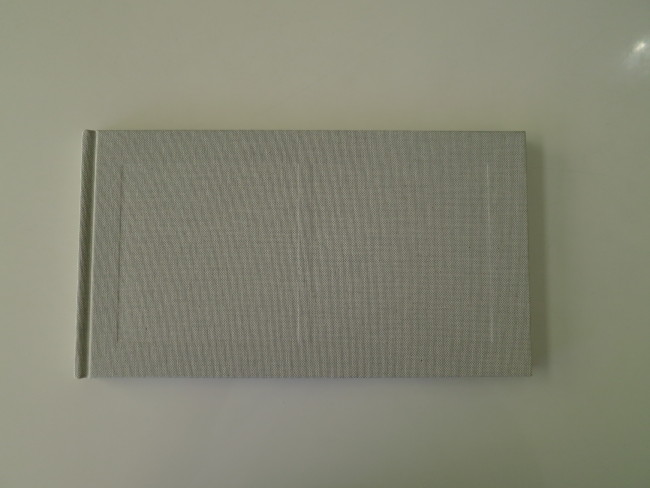 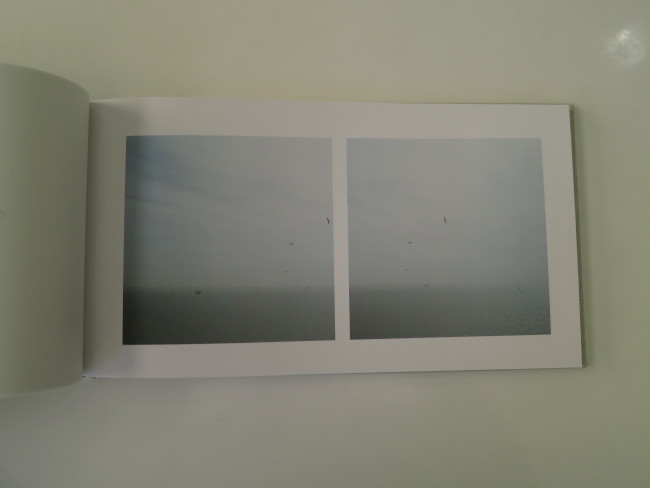 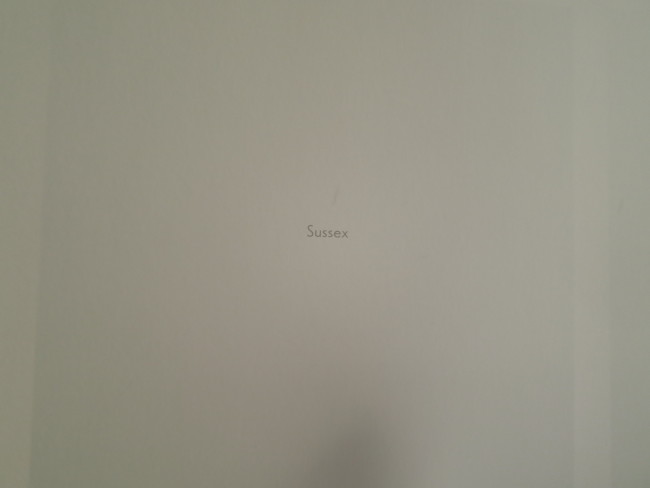 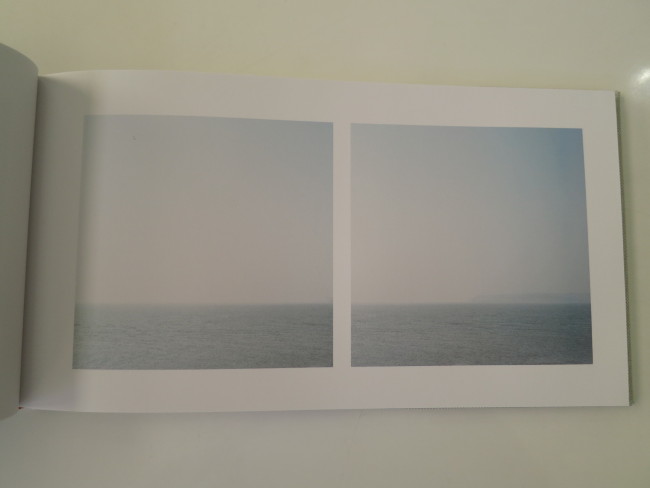 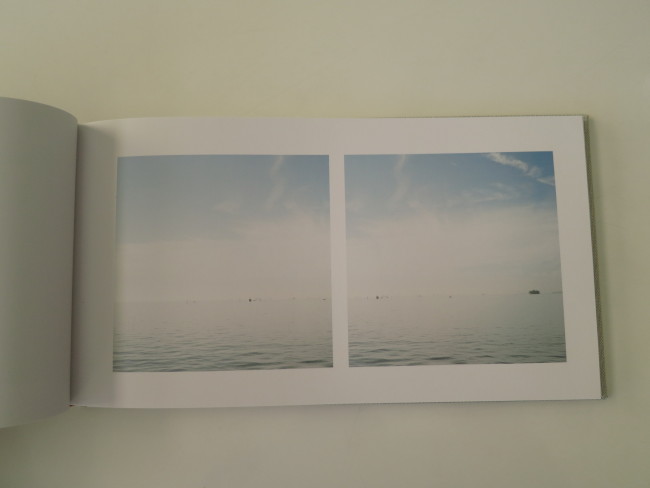 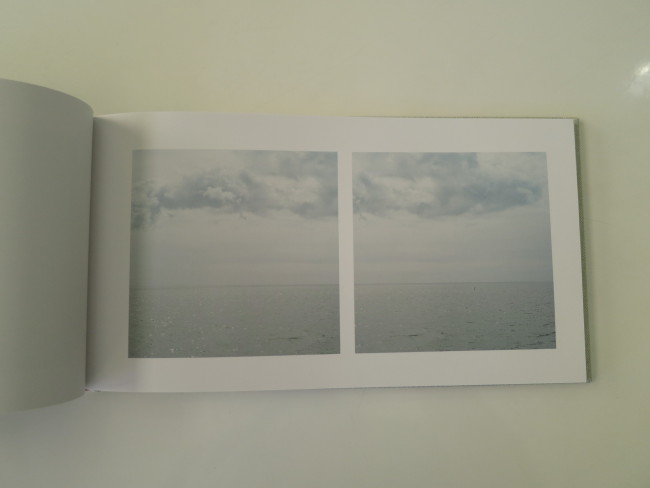 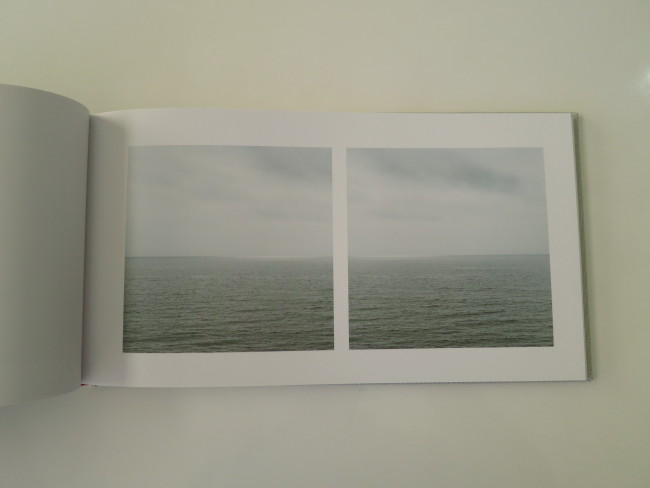 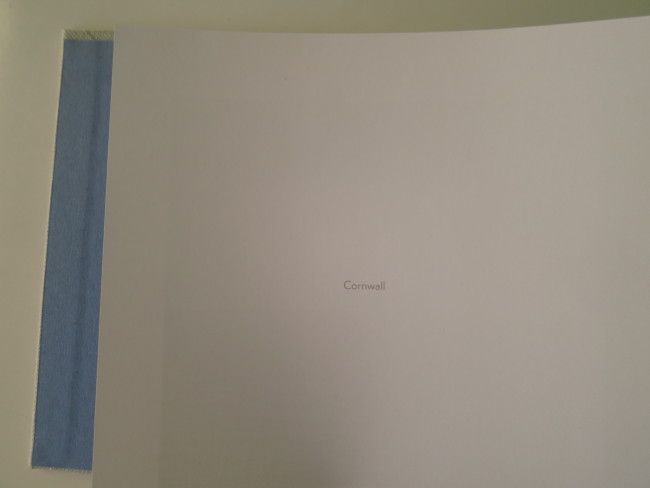 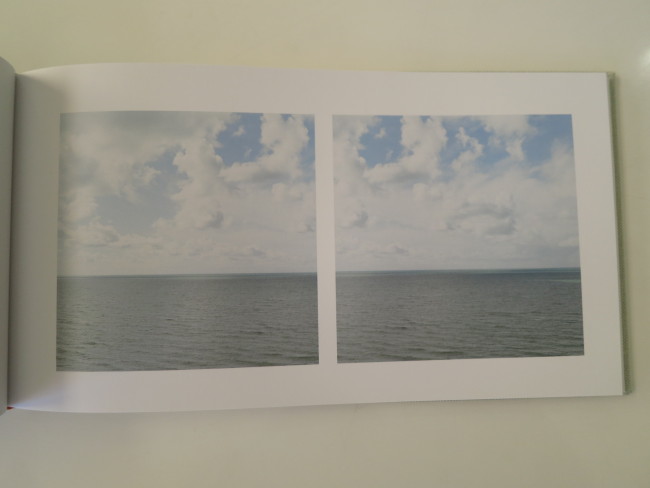 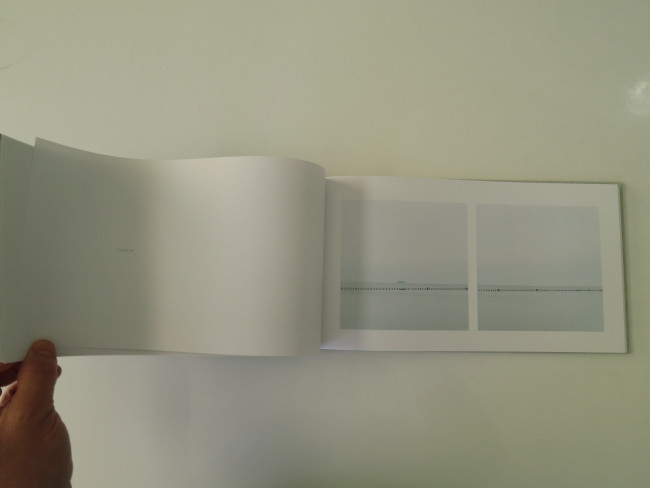 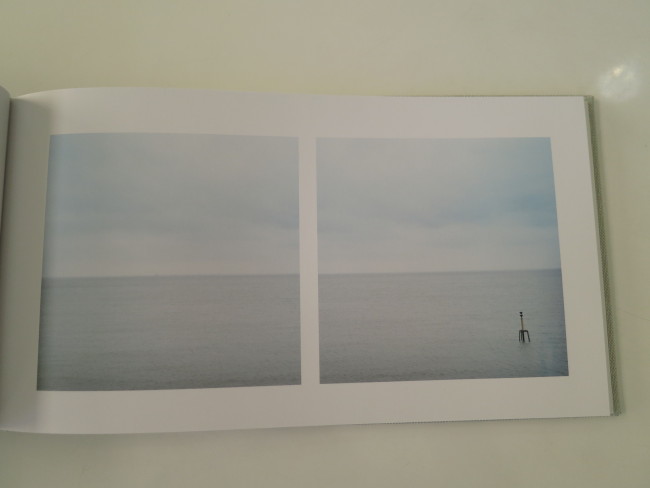 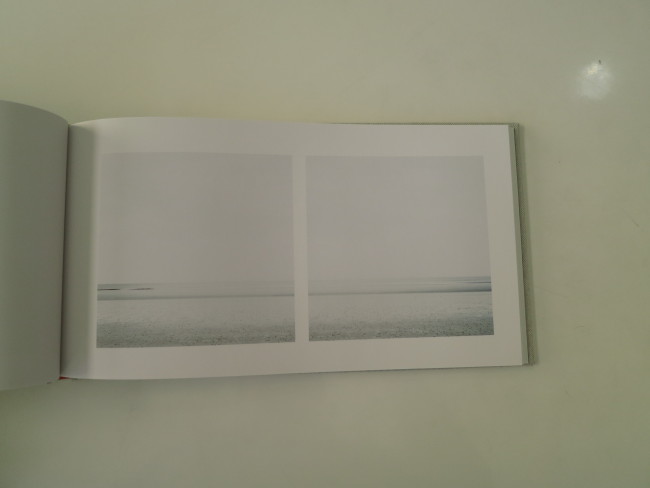 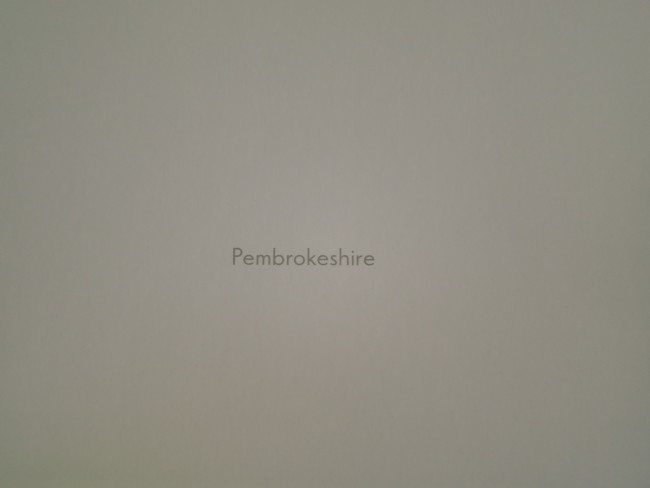 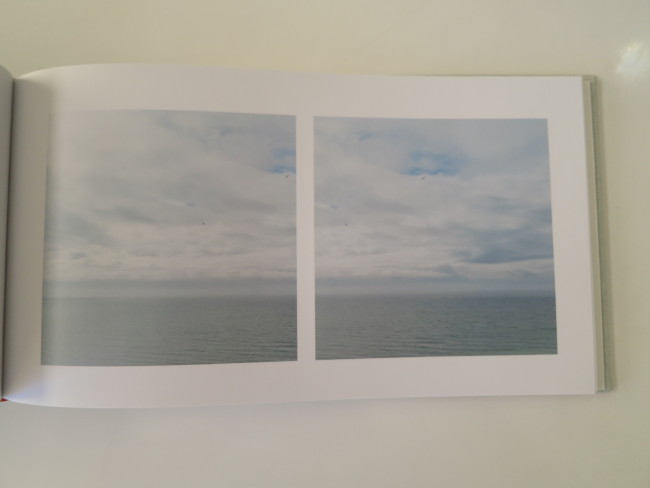 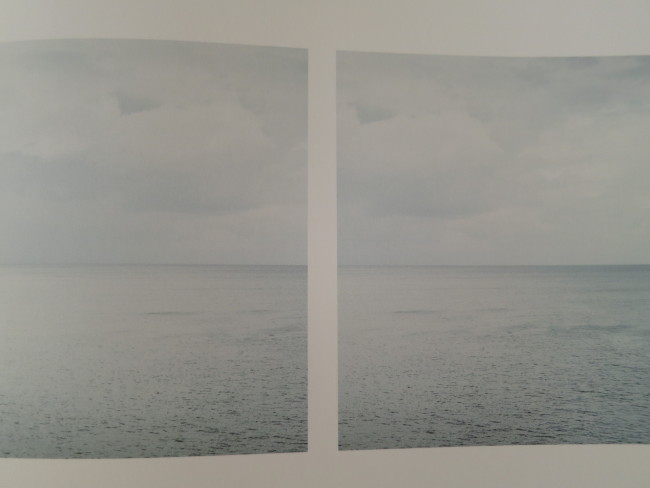 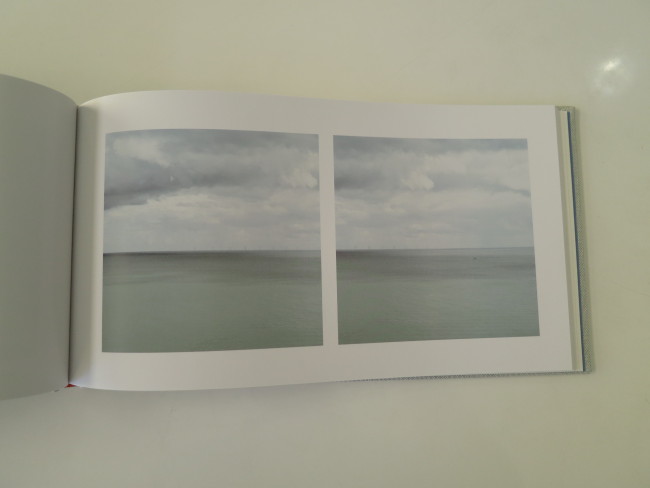 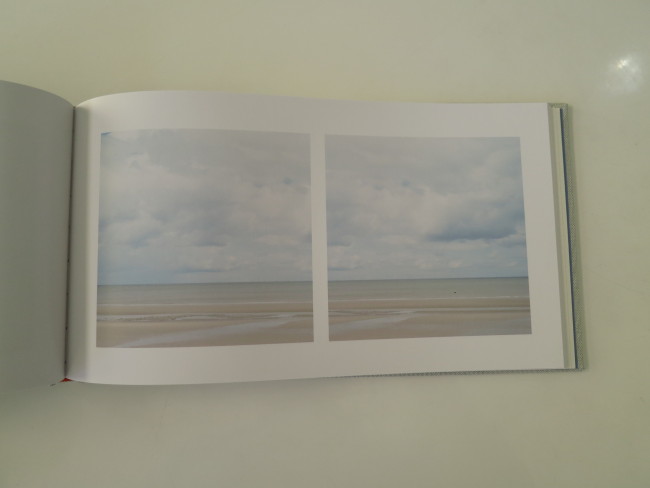 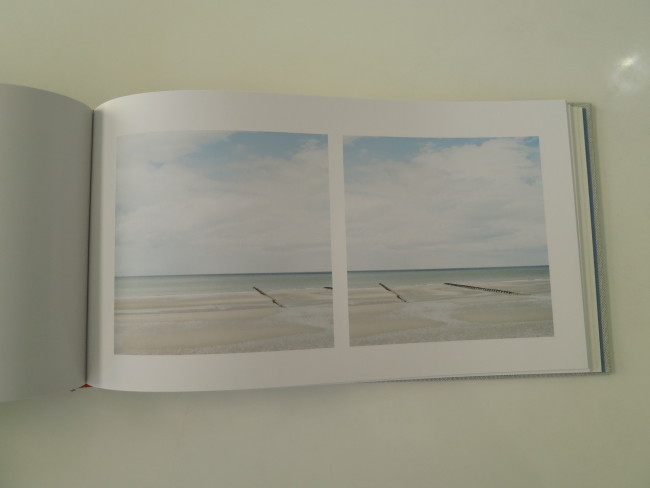 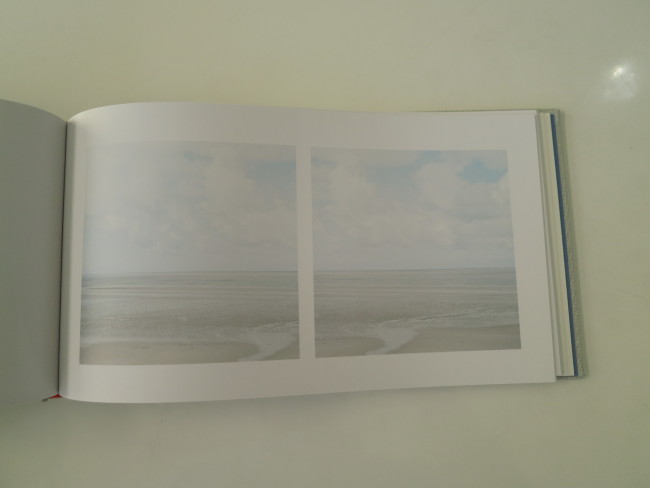 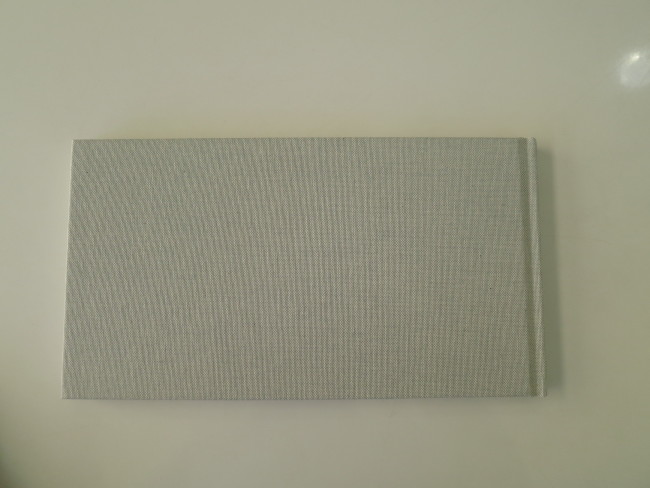