aPhotoEditor: You make lovely, almost decadent still lives. Many, but not all, involve food, and are inspired by Old Master paintings. Has a passion for food played a role in your life and career?

Paulette Tavormina: I grew up in a Sicilian family and, with that heritage, my grandparents lived a mile away. I spent a childhood surrounded by family and we spent a lot of time together. Most of that time was around the dinner table, or talking about the food we were going to have at the next holiday. I had an amazing grandmother that baked fresh bread. It came with the territory.

And when I first moved to Santa Fe and became a photographer, I was renting a studio with two other photographers. One was doing Mark Miller’s Coyote Cafe cookbook. I became good friends with Mark, so he asked me to photo-style the cookbook. I fell into photo-styling six or seven cookbooks. That’s how it all started.

Then, when I had taken a class at the Santa Fe Photographic Workshops, one of the professors said, “Paulette, you really need to specialize in something.” I thought food sounds perfect because one of my favorite things to do in Santa Fe was to go to the farmer’s market every Saturday morning with my friend Sarah. It was a ritual that I loved.

aPE: You said you were offered the chance to food-style the Mark Miller cookbooks. Does that mean you’d never done it before?

PT: Well, I did have a little bit of a background, as I had worked at Sotheby’s in New York for five or six years, and as a prop stylist in the film industry. That gave me my art history education. After Sotheby’s, I became a prop stylist for a commercial photographer here in New York.

A friend of a friend introduced us, and he took me on. I worked on Kent Cigarette shoots, AT&T shoots, Citibank. We worked on high-end commercial jobs, and he taught me how to find that perfect prop.

For example, if we were doing a scene that needed an English dartboard, and there wasn’t one in a prop house, I would run around going to English pubs, begging to borrow one. He gave me the experience I needed to be a stylist. It was a great education.

aPE: You’re now a successful fine art photographer, showing at the Robert Klein Gallery in Boston and you had your work at Paris Photo. At what point did you start shooting for yourself? Did you always make pictures for yourself, or did delving into photography commercially encourage you to make your own art as well?

PT: It started in New York after I became a stylist. I worked at a PR agency, and they asked me to go photograph Jean-Pierre Rampal, a famous flautist, after a concert.

And I thought, “Well if my boss is going to hire me to do these events, I’m going to have to learn what to do.” So I took a class at ICP, and bought myself a manual Nikon camera, and just started learning. I went all over New York, photographing.

aPE: It’s so much fun, that phase when you’re roaming the streets of a big city, learning as you go.

PT: Then, in 1987, I moved to Santa Fe. I was working in the American Indian art business, and I’d loved that one photography class I had taken, so I took a black and white class at what was then the College of Santa Fe. You put the paper in the chemicals and an image that reflects back at you.

Then, a friend who was an Indian dealer, said, “I have this historic Cochiti pottery collection, and I know you love photography, can you photograph it for a book I’d like to get together?”

I thought, now I need to learn how to do studio photography. It was 1990 and Santa Fe Photographic Workshops had just opened. I called Reid Callanan, whom I’d never met, and told him I had this potential job. I asked if he had a studio photography with lighting class.

He said, “No, actually, we don’t, but I will find you a photographer that can teach you.”

So he called up David Michael Kennedy. He was living in that little dusty town, Cerrillos, where they filmed Young Guns, and I drove out to his house every day from Santa Fe. He had a Hasselblad camera and some strobe lights.

I had all this expensive Indian pottery he showed me how to shoot for four days, so I got the job. I spent a year photographing that collection and that segued into doing the cookbooks.

aPE: And you also photographed art for Sotheby’s in New York, right? What’s the most incredible thing you’ve had your hands on? What’s the piece of art that made you melt, even though you’re a pro?

PT: There are a number of things, but for my first catalogue it was the collectibles. Baseball memorabilia. So I had to photograph Babe Ruth’s baseball mitt. And Lou Gehrig’s jersey.

PT: It meant so much to me that I was handling and photographing these American icons. I also photographed photographic prints, like Tina Modotti, or Ansel Adams. I spent a lot of time in Abiquiu, where he made his “Moonrise Over Hernandez,” and I used to pass by that spot all the time.

I’d look out the left-hand side of my car, and see that image all the time, and there I was photographing it. That was exciting. And one time I got to photograph a minuscule Rembrandt etching. It was like 3“x3”. There I was, holding an image of Rembrandt’s wife Saskia in my hand. That was pretty amazing, as were the Rothkos.

aPE: No doubt. It’s fun the way these strands tie together. You said earlier you go back with the Santa Fe Workshops to the very beginning. They’re sponsoring this interview, as you’ll be teaching your first workshop there in April. It’s called “The Art of Still Life,” yes?

aPE: What’s that like for you, being an alumni who’s now taking the reins? How are you going to approach this?

PT: I’ve never taught before, but I feel that it’s been a really long journey. There were so many factors that brought me from becoming a photographer in Santa Fe to now being a successful fine art photographer. There are so many things to talk about and educate people with. Obviously, I’m very passionate about what I do and, like everything in life, we learn through our experiences. Now, I want to be able to impart a lot of my practical knowledge about being a photographer.

aPE: I’d think lighting has to be one of the single biggest keys to do what you do? Are you going to give away the lighting secrets to how you make your food look so luscious and Old-Mastery?

PT: I have to figure that all out. But what I’d love to do is bring the students, if they want to, to see really beautiful still life photography. I know several gallery owners in Santa Fe, so I thought it would be wonderful to take a field trip to some of these galleries, and look at work. It helps educate the students in all the different genres of still life photography, whether it’s Steichen or Irving Penn.

I also want to have beautiful surfaces for people to work with. Wood, marble, different kinds of backgrounds. I’ll gather different props, sources for beautiful flowers, and fabulous-looking fruits and vegetables from the markets.

aPE: I went right to lighting but you’re explaining it’s more than that. You need the background, the surface, the objects, the light. Are you going to look at everything and teach the photographers an immersive photographic experience?

PT: Yes. You have to marry everything. The texture of the surfaces with the texture of the objects. It could be a still life with using glasses, or shells. It could be anything. But it all comes together. It’s a blending of things. The composition and the relationship between the sizes of the objects. Many times I spend hours and hours setting something up and I don’t light it until the end. It’s getting all the elements together that tells the story.

Everyone’s lighting is different. Mine is based on the Old Masters, because that’s what I gravitated towards. But other people might like bright light. I can demonstrate how I light things, but in the final analysis, the students will do what appeals to them.

aPE: You must be excited to come back to your old stomping grounds for this teaching opportunity. It’s a chance to say, “I know what I’m doing. I’ve been doing it a long time. And I want to share my passion.”

PT: Yes. That’s exactly it. I was so honored when Reid called and said, “How about still life photography and who better than you?” I’m so excited. I’m educating myself about anything that could be meaningful to the students so that they come away from the workshop really happy with what they’ve created, and looking at another path they can take.

aPE: We wish you the best with the workshop. 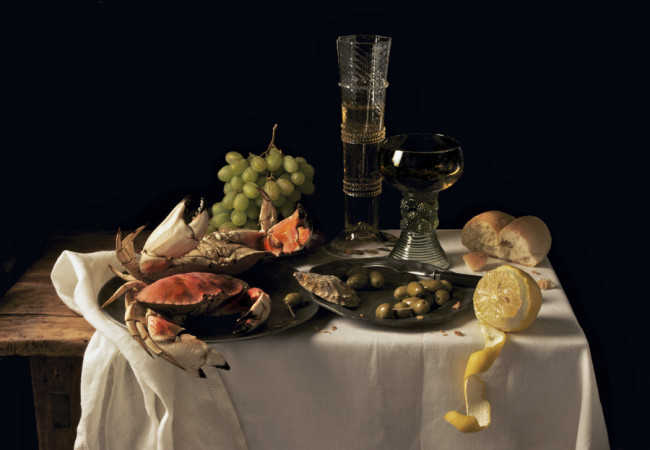 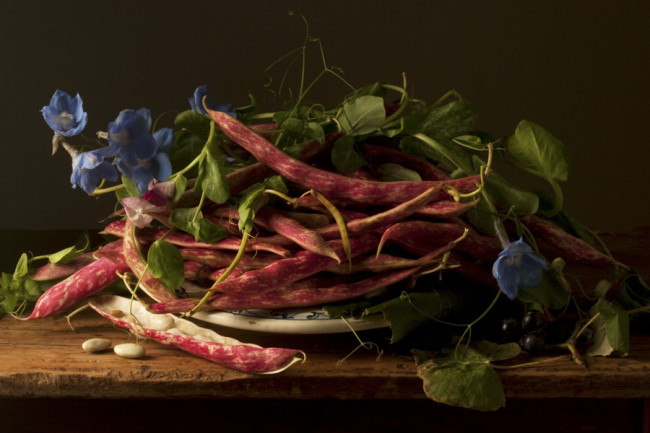 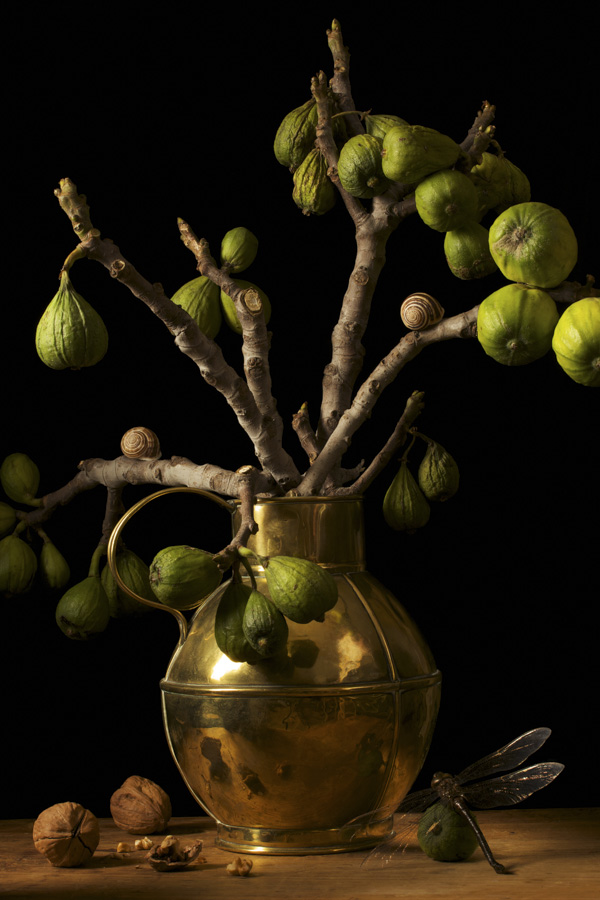 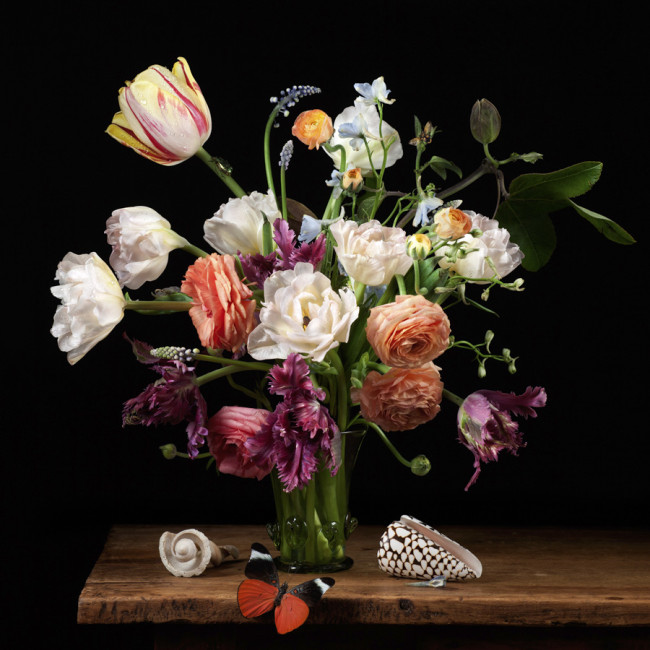 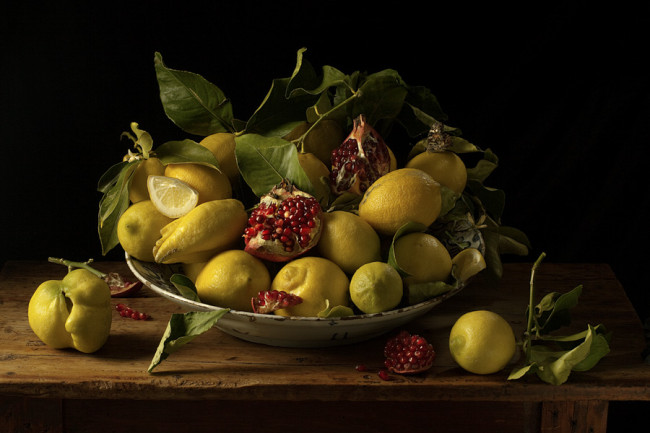 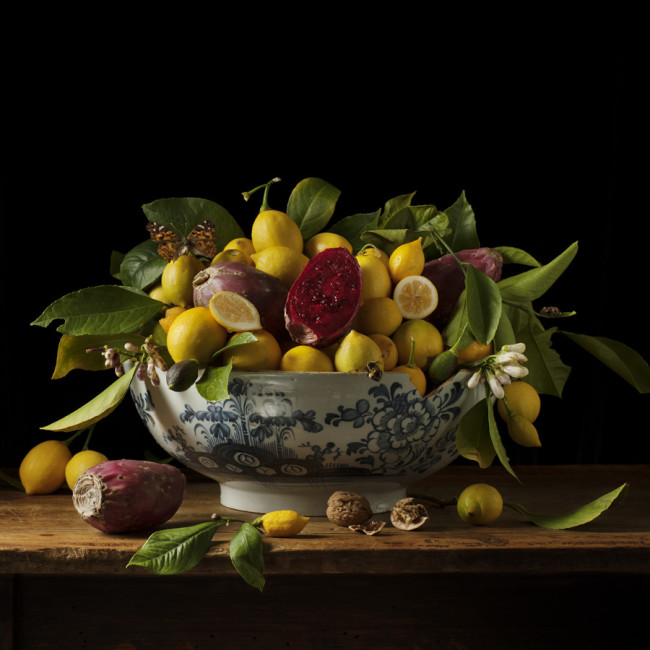 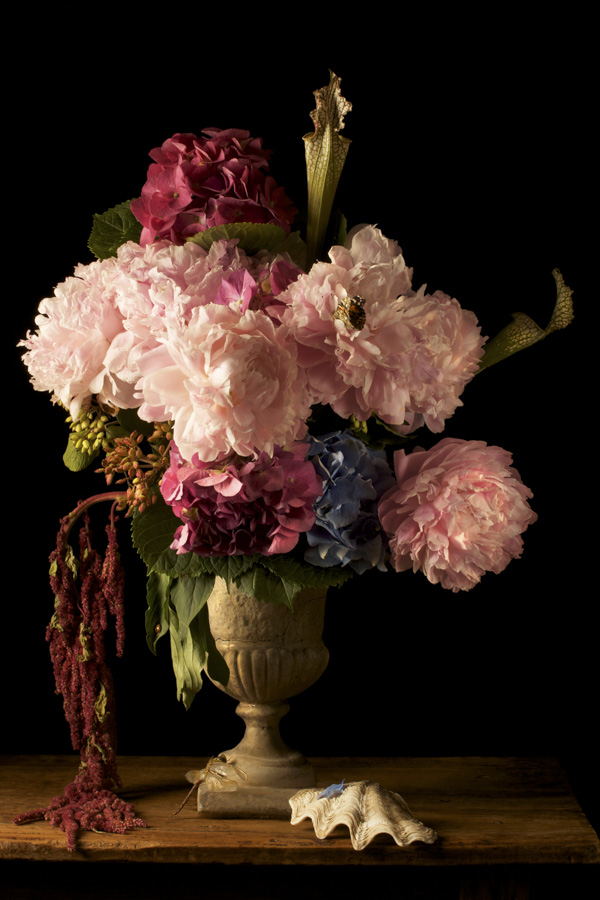 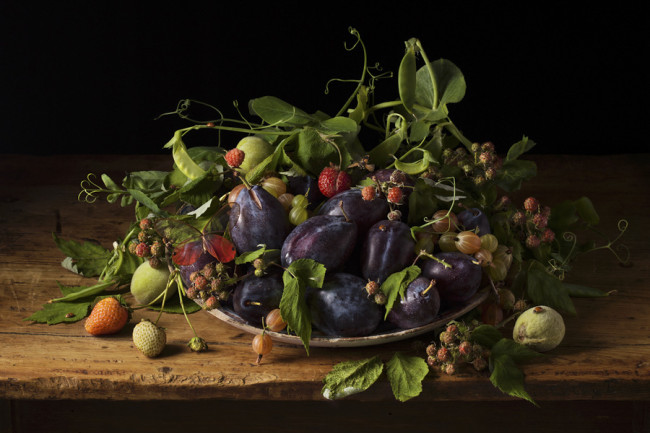 The Art of the Personal Project: Michael Spain-Smith