A few years ago, I got a sore throat that was so bad, I ended up on Percocet. Even then, the pain was unbearable.

The thing about that virus, picked up in Mexico, was that the pain was so intense I couldn’t function as a person. Every time I swallowed, I felt as if The Grim Reaper’s scythe was bisecting my adams apple.

It was so bad, in fact, that my wife had to drive me over the Rocky Mountains, in the middle of night, in a snow storm, so that I could get to the doctor’s first thing the next morning. (We flew through Denver. Big mistake.)

La Veta Pass, in Southern Colorado, is not so scary, if you’re in the daylight, and the roads are clear. You barely even realize you’re ascending, heading East, and they it’s a long, slow descent to the Great Plains.

Unfortunately, we were headed West, slowly up the mountains, and it was 1am. The roads were icy, in April, but much worse was the mist.

It blanketed everything. Visibility is the wrong word to use here, because there was none. It was as if a mystical 1st Grader had taken a magical eraser to reality. We could see our car, and ourselves, but nothing more.

Even today, thinking about the risk, driving up and down a mountain, unsure if we were even in the proper lane…it makes me want to kiss the carpet and thank the mountain gods that we made it home alive.

One tractor trailer, coming downhill in the wrong lane, and my fingers would not be tapping the keyboard right now. I wouldn’t have fingers. They’d be ash, decorating the stream-front on my property here in Taos.

It has a quality all its own, and is notoriously difficult to photograph. Mist is to light what down comforters are to top-sheets. It overwhelms; owning whatever it envelops.

And Mist is the reason I’m reviewing “Goddess,” a new book by Caleb Cain Marcus, recently published by Damiani. Our regular readers may remember his previous book, “A Portrait of Ice,” which I reviewed a couple of years ago. Caleb traveled to the ends of the Earth to photograph glaciers, but as he used a super-hi-res digital camera, the resulting images were beyond hyper-real.

They looked like little models George Lucas might have shot in an alternate version of Star Wars.

In “Goddess,” Caleb spent 44 days along the Ganges River in India. Now, I’m normally the first guy to wonder what some random American might tell us about a far off culture. Especially one that has been photographed to death.

India. The Colors! You have to see the colors!

Unless you don’t. Unless the world is shrouded in Mist. Unless you have to fill in the space yourself. (With your imagination.)

This book is a little different than the ones I normally review, in that I don’t love it all. Even with that mist, some pictures look too much like what I’ve seen before.

There is a set of images here of straw huts that make me want to get on a plane, meet up with Caleb Cain Marcus, and buy the man a beer. Sure, they channel Claude Monet, but that’s not a bad comp for any artist.

They emerge from The Mist, these huts, and feel as primal as a cave man walking down 5th Avenue with a briefcase. It just doesn’t fit, that such structures exist in 2015.

But that’s my 2015, with my Apple computer on my white table, my Ipad next to it, and my Iphone in between. We in the First World live in the future, compared to the BILLIONS of people not privy to our creature comforts.

Are the huts homes for people? Or storage facilities? Do the pigs live out there?

I don’t know. And honestly, I don’t care. Those pictures put me in a mood. They transported me back to that dangerous highway, on a night when perhaps my whole family might have died.

That’s good enough for me. If you ask for more than that from a photo book, it might be time to smoke a fat joint and take yourself less seriously.

Bottom Line: Misty, gorgeous photos of the Ganges in India 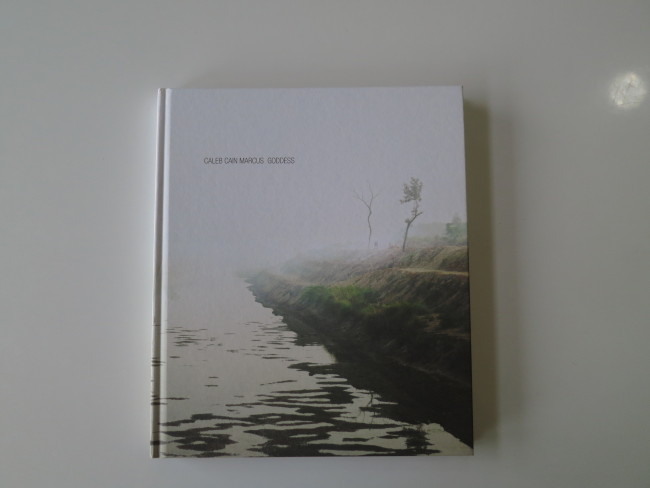 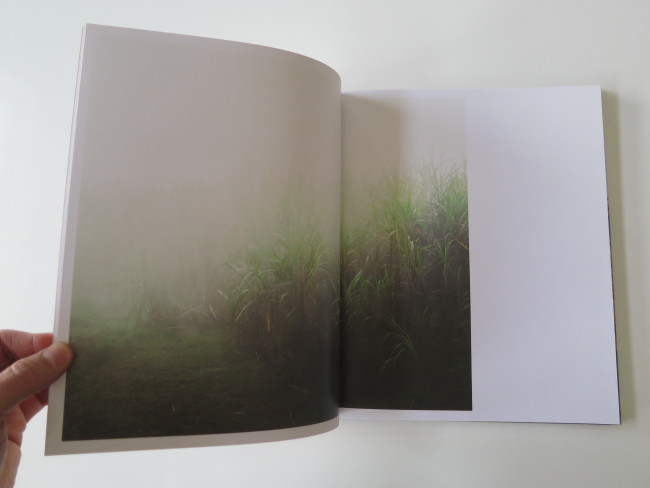 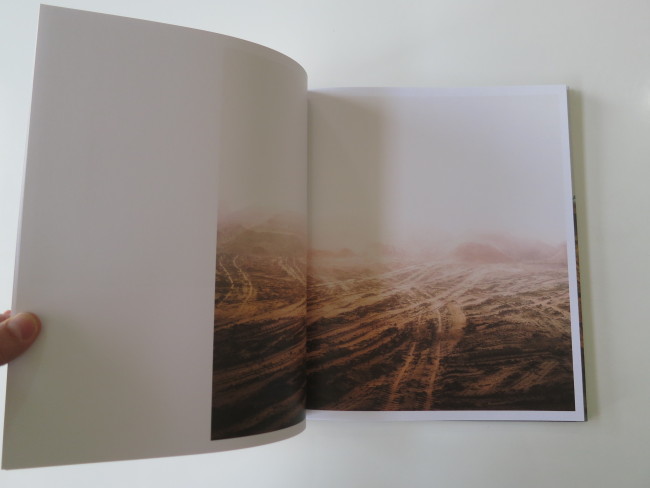 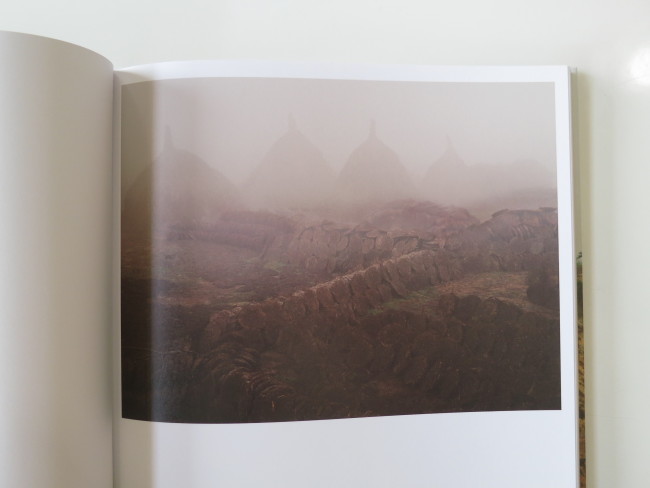 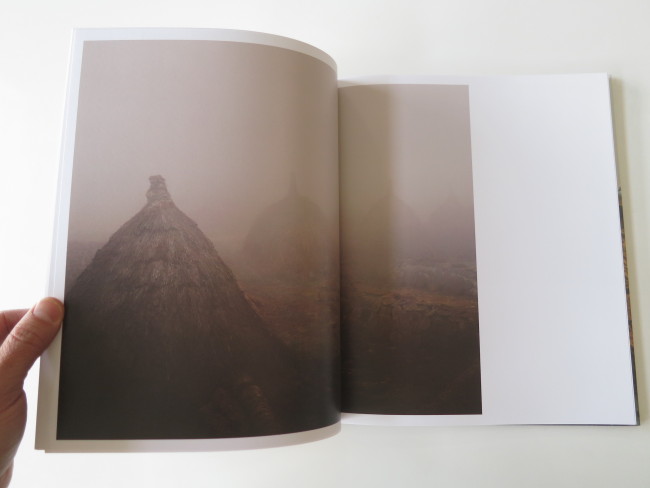 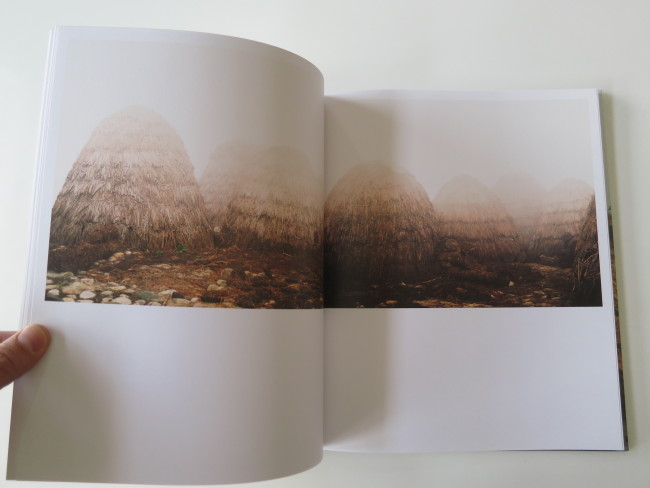 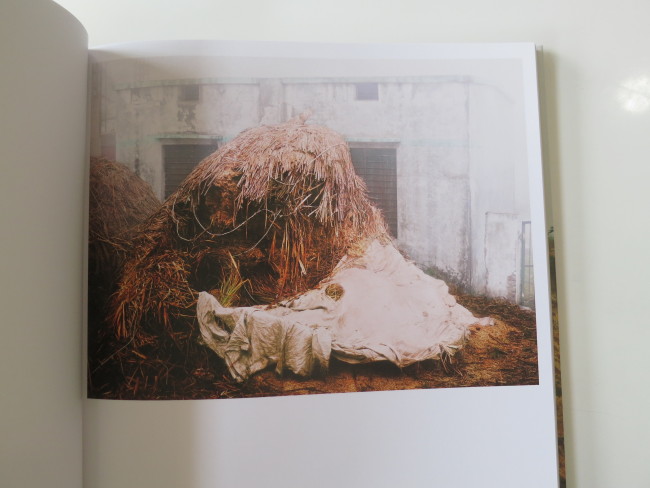 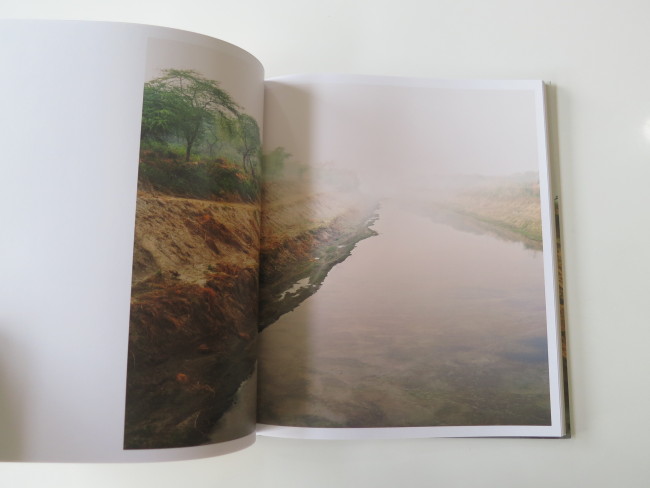 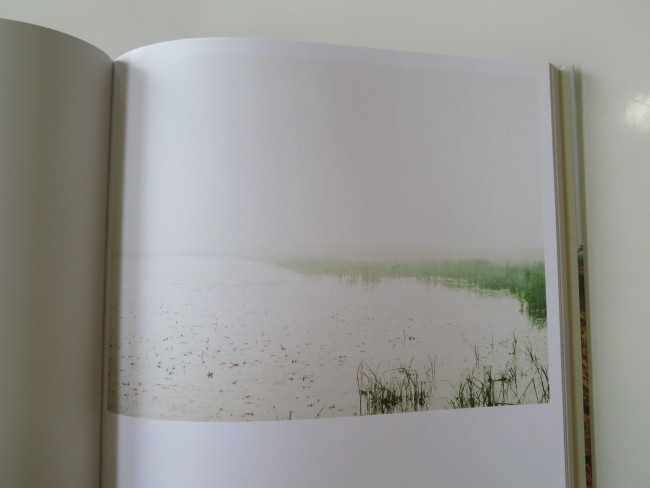 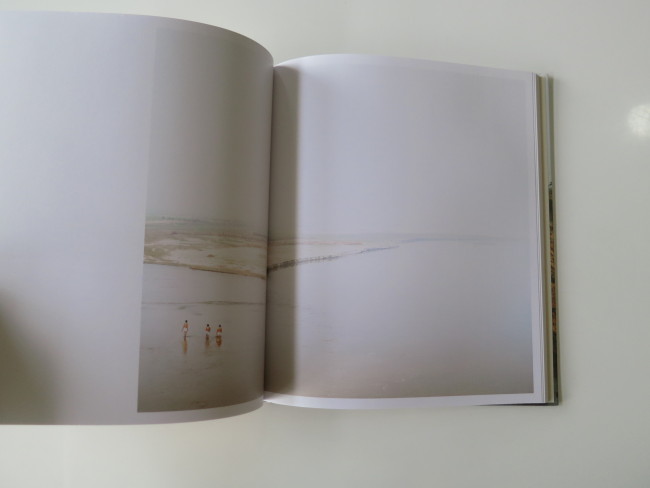 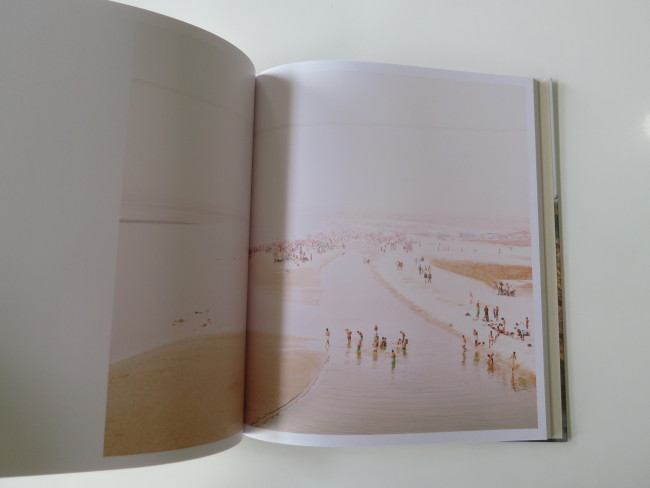 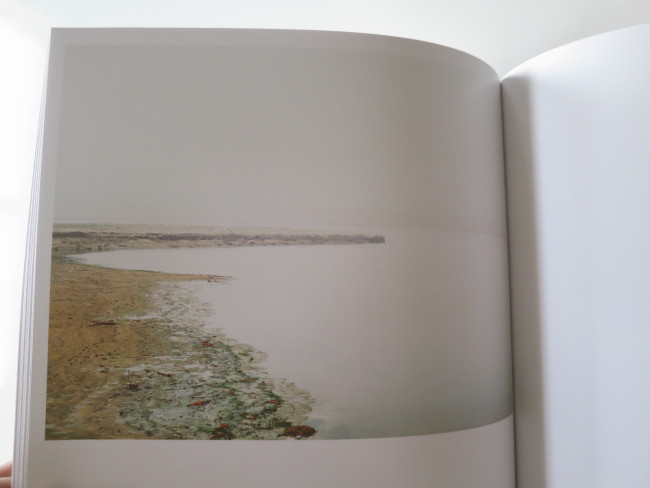 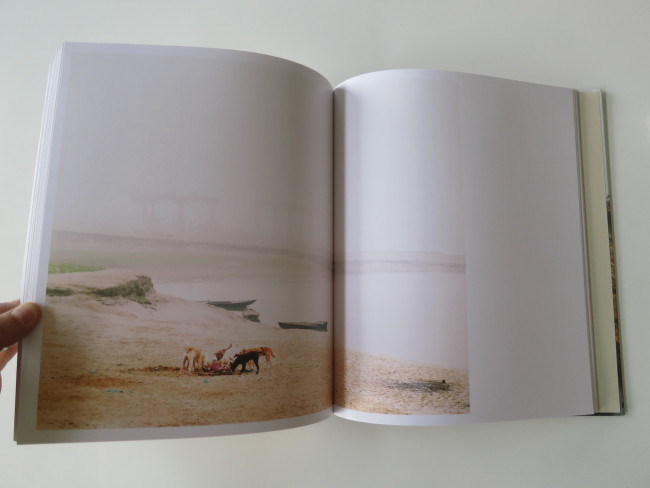 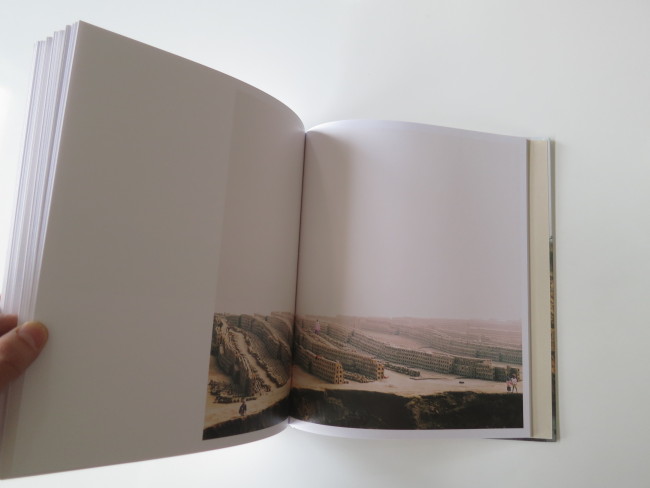 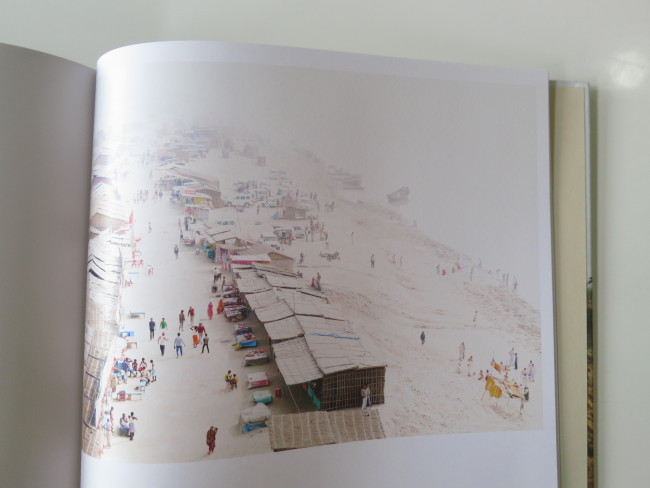 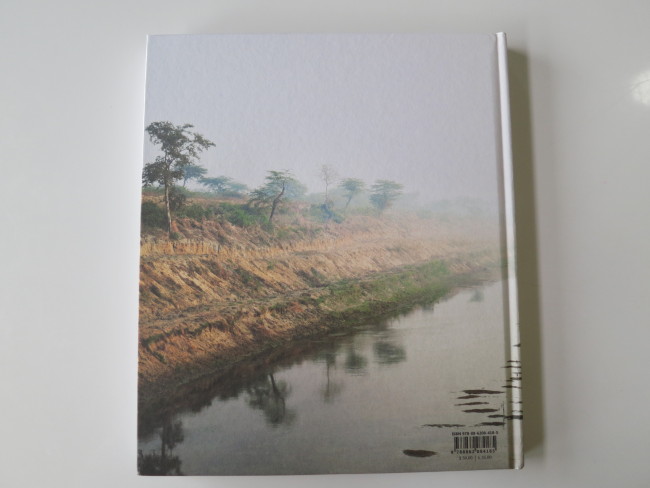