Jonathan Blaustein: Will you admit on the record that Arsenal Football Club is superior to Manchester United?

DL: Never. Why would I admit to something that isn’t true?

JB: (laughing.) Of course. But what if I secretly deposited £200 in your Paypal account? Would that entice you?

JB: OK. That’s fair. I’m sure most of our readers don’t care about English football, so we can move on. But you do live in the Manchester area, and you’re from Wales.

You were originally a musician back in the day, yes?

DL: It’s a bit strong to say that. I played in bands in my younger years, through to my early to mid 20s, and then decided that I just wasn’t good enough.

JB: Is that typical Welsh humility, that you played in bands for close to15 years, but won’t call yourself a musician?

DL: When you play with real musicians, then you know where you are. I’m not of that standard. Nowhere near.

JB: At what point did you segue into visual art?

DL: It was a long process. I started playing in bands from about 13, in different venues. Then I became involved in performance and theater. My first job was much more related to music and theater than anything else.

DL: I had a general interest in the visual arts. But I met my wife, Caroline, when I was 20, and her father was a photojournalist working on The Times newspaper in London. That started to give me a stronger relationship to photography.

I got more and more fascinated by it. But then I also became involved professionally, because we had an exhibition space in the first art center that I set up.

That got me thinking more about what shows we should put on, in photography and contemporary arts. I just got increasingly involved in photography.

JB: You set up an arts facility from the ground up?

DL: Two. After University, I worked in the arts first with the local council in Cambridge. Then I ran the Fringe Festival club up in Edinburgh, for one festival.

From that, I moved to a place in North Manchester called Bury, to set up an arts association. It seemed to me we needed a building, so I found one, and we converted an early 1800’s building into a performance space with exhibition facilities, and a bar area as well.

JB: This is with public financing?

DL: Yeah. It was a registered charity, and we raised money primarily from public funding, but also the private sector.

DL: That was the first one, and I ran that for six years. I then set up an arts center in Manchester called Cornerhouse. I was brought in to do a feasibility study on that, and it’s where the shift in my career really took place, I suppose.

Initially, there was interest to establish Cornerhouse for theater and visual arts. But I wanted to set up a film space in Manchester as well, because there was no good, independent cinema there. So rather than going for performance, we ended up focussing on visual arts and film.

At Cornerhouse , I got more and more involved with visual arts, that’s when the publishing started.

JB: Was the facility, in fact, in a corner house? Is that how you name such a place?

DL: It was a building quite close to a railway station, on the corner of two roads. We couldn’t come up with a name. That was the reality of it.

JB: If I told you that I was drinking tea right now, would that impress you?

JB: So you’re typical in that you like Manchester United, atypical in that you don’t drink tea, and since you started playing in bands at 13, we probably all have visions of a little 13 year old Welsh punk smoking cigarettes, and acting tough.

Does that about sum it up?

DL: Close to that.

DL: Plus the pints of beer.

JB: (laughing) Plus the pints of beer. Now we’ve got the visual. That’s the best thing I can do, is evoke strong mental images for the readers.

Now they know that I’m drinking tea, and you’re unimpressed, and you used to be a party guy as a 13 year old punk. Now we’re getting somewhere.

DL: It was before the time of Punk, though. I’m that old.

JB: You’re being literal. In America, the term “punk” can have a broader meaning, rather than simply relating to the musical period. But my father was a lawyer when I was young…

JB: …so I appreciate your specificity with language.

JB: Moving through your career trajectory, in 1994, you founded your own publishing house with your wife as your partner? Is that correct?

DL: More or less. I started publishing at Cornerhouse Because we were primarily doing exhibitions, I came across photographers, and in discussions with them, it became clear that what they really wanted were books. And there was almost no one publishing at that time.

So in ’87, we launched the first book, and I carried on publishing there until ’94. But my job was as Director of the place, and it was quite a large organization. We had three cinemas and three floors of galleries. Bar, catering, book shop, education facilities.

So my time was pretty heavily occupied with all that.

JB: Is it still there?

DL: It’s still there, and just about to move to a new home in a couple of months time. It’s still pretty successful. (ed. note, this interview transpired in March 2015.)

But for me, the publishing side became something I became obsessed with. I ended up doing it almost all in my spare time. Although it was for Cornerhouse , I’d be spending weekends and days off developing the publishing side. As I got more involved in it, it became increasingly something I wanted to spend all my time on.

So at the end of ’93, I decided to leave Cornerhouse and set up my own company. Initially, it was just me – Caroline joined me 18 months to 2 years later. We’ve been working on it ever since.

JB: You started in 1994, in a pre-Internet world, where there were not a lot of people doing what you were doing. Everything would have been based on your catalogues, and sending them out in the mail to people, so they could see what you were going to publish.

We’re doing this interview in 2015. Photobooks are everywhere. The world you’ve been working in probably could not have changed much more. It’s almost perfectly different, I’d say. Would you agree with that assessment?

DL: Yeah, I think that’s totally true. I remember in ’95, very few people had email access. I was talking to an American photographer who told me about this new thing, the email, but when I explored it a little further, I couldn’t find anyone else who was on email. There was no point in using it until about ’96.

JB: (laughing) Unless you wanted to email yourself as a digital diary. “Good Morning, Dewi. How are you today? I’m quite well, thanks, but I still don’t like tea.”

DL: Exactly. It’s hard to remember how slow things were, in terms of early Internet access. But although it was a very different world before, I’m not sure it was problematic. You used the phone a lot more, and it was still at the point, really, where if you phoned someone, they answered.

DL: These days, most people will just have answer-phone-messages. You can waste so much time trying to phone people, so you end up just emailing them instead.

JB: It’s remarkable, isn’t it? I was discussing that with a friend the other day, how if you talk to someone on the phone these days, you’ve got to schedule it in advance.

I thought we could talk about the world today, and the landscape, and what you’ve observed. How long ago was it that a book was a rare, coveted object that was a career-defining moment, and now we’re living in a world in which almost everyone has a book? Or if they want one, they can get one, one way or another.

It’s gone from scarcity to ubiquity. How do you feel about that?

DL: First of all, I totally agree with you. It was incredibly difficult for photographers to get a book in the late 80s, early 90s. I’d say, really, through to 2005-6.

DL: There were many well-known photographers who, if they got one book during their lifetime, felt that they’d really achieved something. It is such a massive change.

JB: So how do you feel about it?

DL: Negative and positive. There are too many books being produced. There’s no doubt about that. Too many photographers are producing books without really having developed the work enough.

To explain why I think that, in talks I’ve given over the years, one of the things I’ve always said to photographers, certainly in the UK, is that every book has to be deposited with the British Library. And some of the other copyright libraries in the UK.

In theory, that means that if you’re a photographer, and you publish a book, it will be deposited in that library, and then, in 200 or 300 years time, your great, great, great grandchildren can go along and ask to see a copy of that book. If you think of that longevity of the book, surely it’s worth photographers spending time getting it right.

I think sometimes things are raced through much too quickly. And very young photographers expect a book within a year or two of graduating.

JB: For things to have changed that dramatically, and that quickly, should we not parallel that to the rise of our instant gratification culture through the Internet and Social Media?

These two things go hand in hand. People’s expectations that they ought to have a book, and their ability to produce one via self-publishing, or Kickstarter funding.

It’s a very contemporary situation that we’re dealing with.

DL: Yes, there are a number of factors. One is cultural change generally. The last 15 years, certainly up to the financial crash, everyone kind of believed that they could have whatever they wanted, whenever they wanted. So there’s that element.

But there’s also the element that you have to think about affluence. Western societies have become increasingly affluent, over the last 15-20 years. So people have that money to spend on things that they never did before.

I mean, a young photographer in the early 90s could never have put together enough money to publish a book. Most, today, find it possible. So there are changes in terms of the cultural environment, the access to funding that people have, and I suppose also the sense of competition.

There are far more photographers around than there ever used to be.

DL: Or at least, a lot more people around who call themselves photographers.

JB: How has the change in the landscape changed how you approach your job?

DL: It hasn’t changed that much. That’s the strange thing. There are some things that have definitely changed. I’ll talk about funding in a minute. But essentially, I don’t really see any more great projects than I used to 20 years ago. 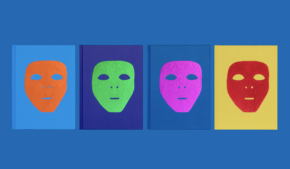