As a former Art Producer, I have always been drawn to personal projects. A personal project is the sole vision of the photographer and not an extension of an art director/photo editor or graphic designer. This blog thread is to feature the personal projects of photographers who advertise in LeBook. You can find him here: http://www.lebook.com/vincentdixon Projects are discovered online and submissions are not accepted. 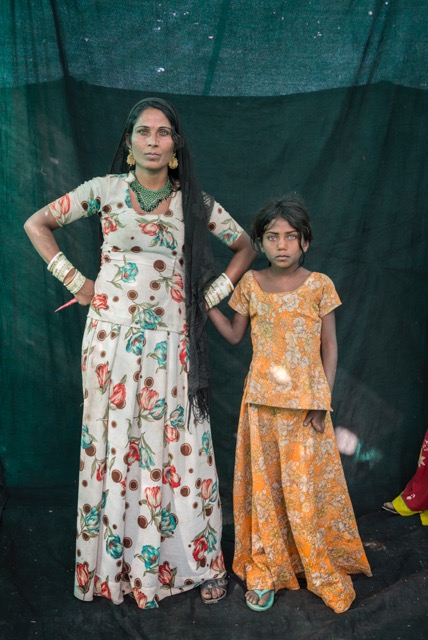 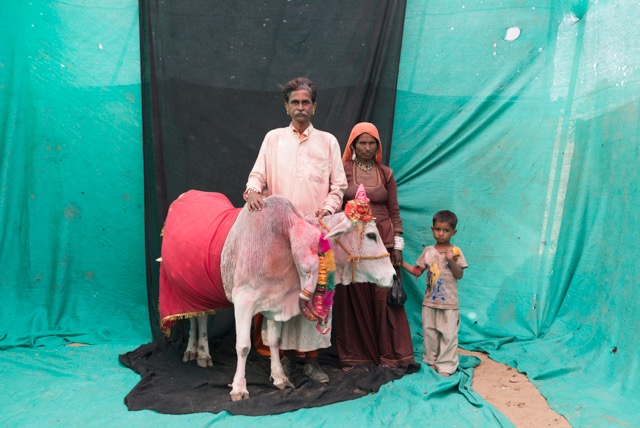 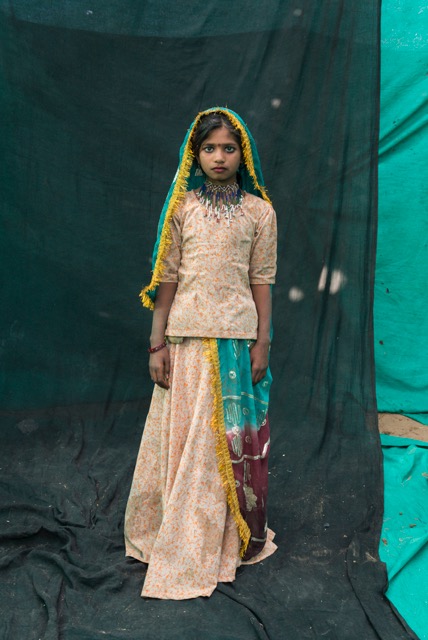 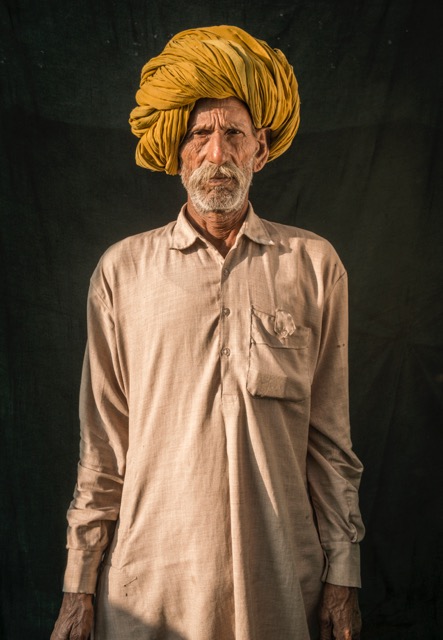 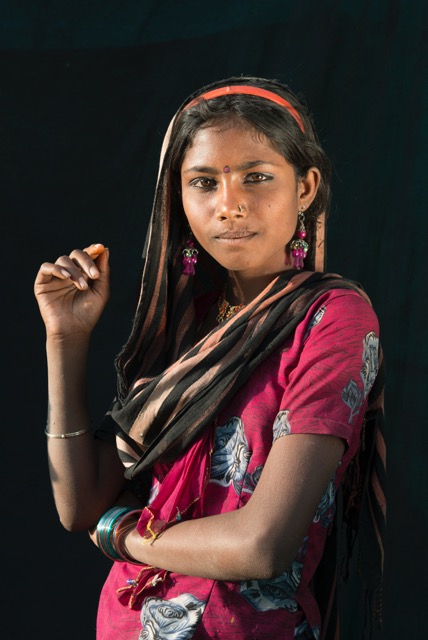 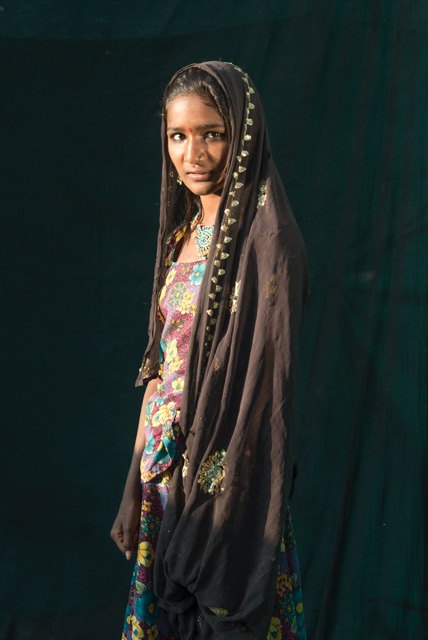 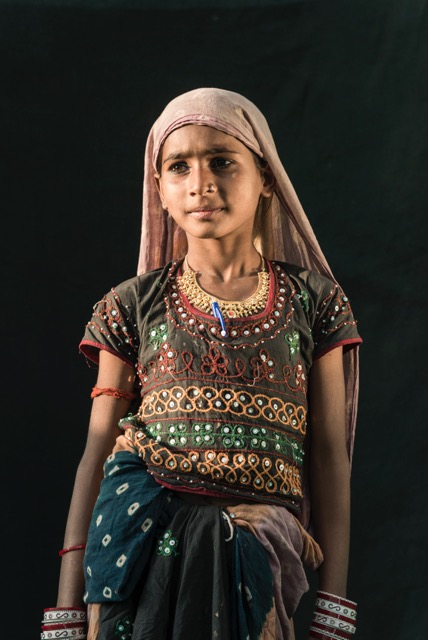 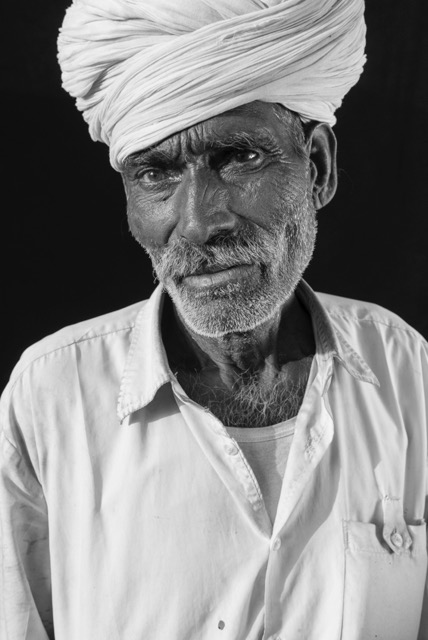 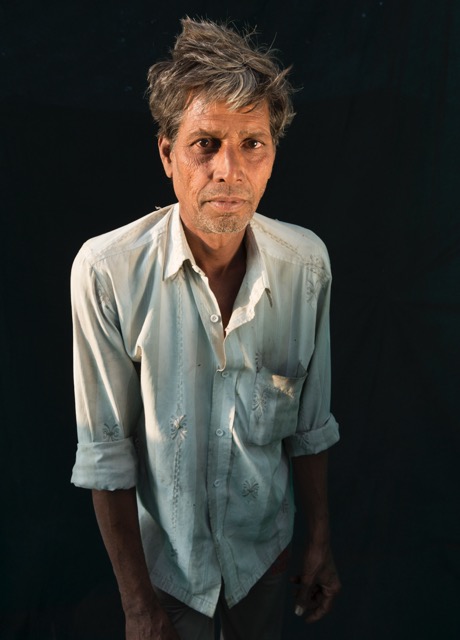 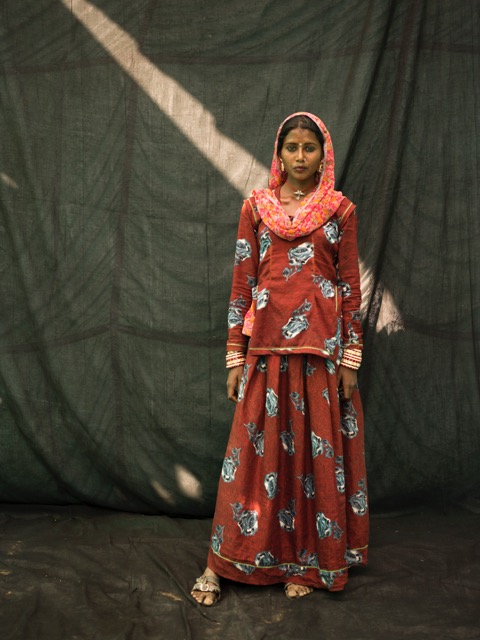 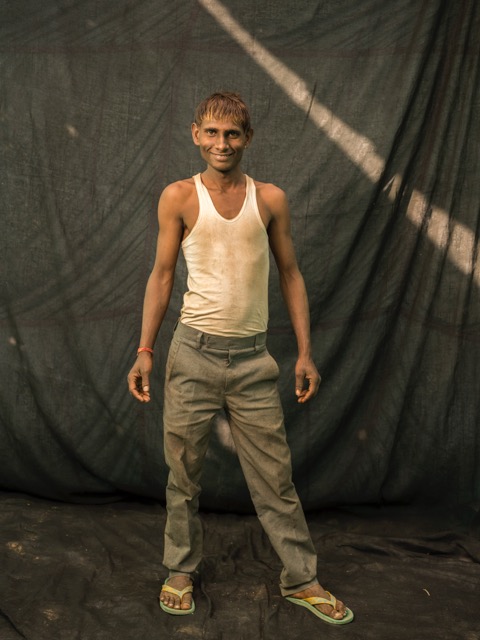 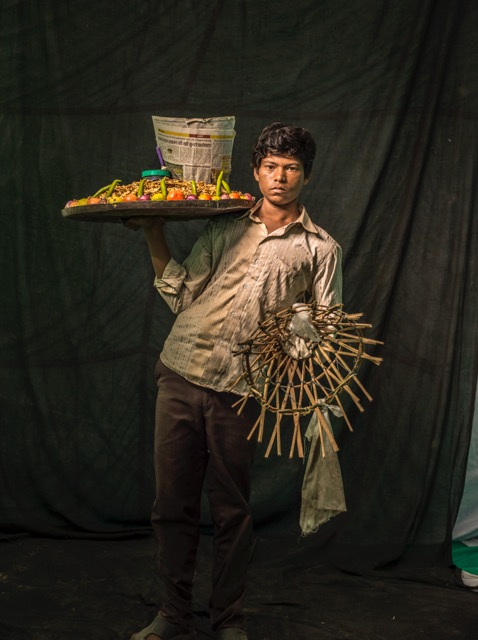 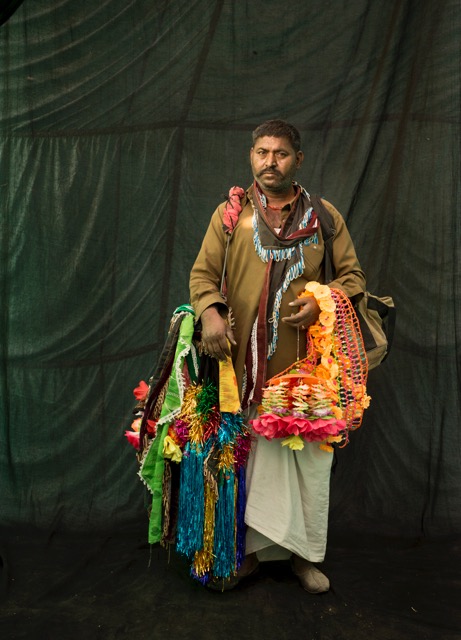 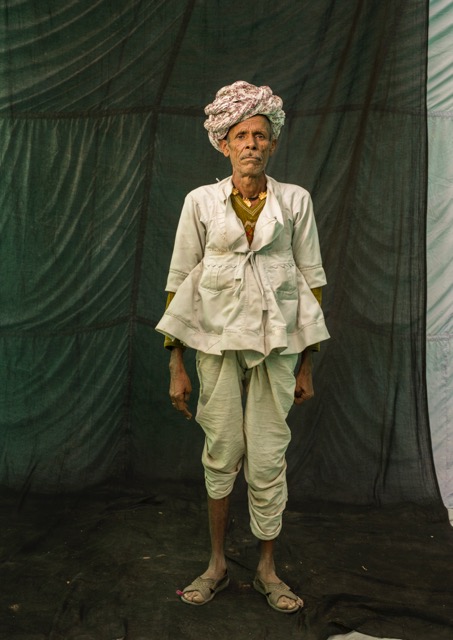 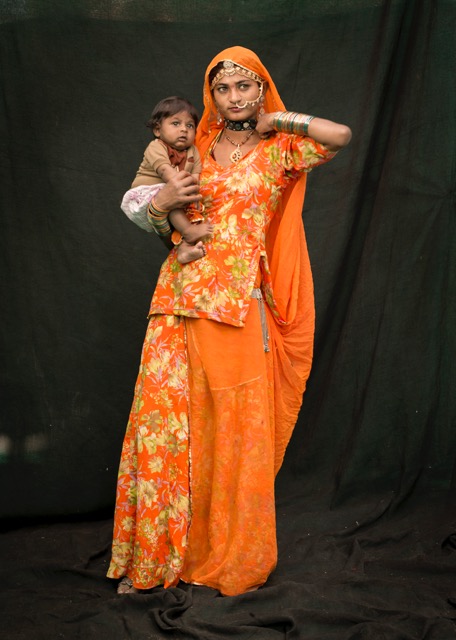 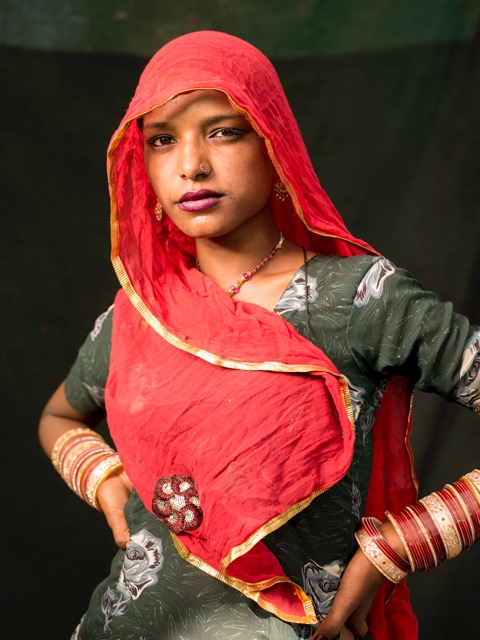 How long have you been shooting?
Professionally, about 20 years. I was seldom without a camera for about eight years before that so twenty-eight in total.

Are you self-taught or photography school taught?
Self-taught.

In my early twenties, I moved from Ireland, to France. I was a post-grad science student in Paris and discovered the street photography of Cartier-Bresson, Eugene Smith and Andre Kertész. I became friends with Justin Creedy Smith, Peter Lindbergh’s assistant at the time, and that fueled my interest in photography. As soon as I finished my Ph.D., I did an internship at a photo studio for about two months, and then over a two-year period, I assisted the fashion photographer, Steve Anderson.  That’s where I learned the basics, like how to expose film. Then I worked as a producer for a couple years. So most of my training has been on-the-job training in terms of photography.

For example, before I shot my first major advertising assignment, the Absolut Vodka “Cities of Europe” campaign, I really had never used a 4×5 camera. I took a photo assistant for the first photo. After that I shot the rest of the campaign with just the Art Director, Pascale Gayraud. No producer, no assistant, just the two of us. It was quite an adventure. I spent about a week looking at locations and then about three or four days shooting on each photo.  That was my school.

With this particular project, what was your inspiration to shoot it?
In 2011, I took a sabbatical from commercial photography and went on a yearlong journey around the world with my wife and four children. It was priceless share many new experiences with my family, as well as a time to submerge myself in creating photo-essays of our travels away from the confines of a working schedule.

How many years have you been shooting this project before you decided to present it?
I started showing it pretty much immediately. From the road, I regularly sent friends a “Picture of the Day”.  And then a selection debuted as part of a self-published magazine called “Wanderings” which had several stories from the year traveling and the Pushkar Portraits.  Also from that magazine, Lisa Matthews, Managing Art Producer at Team One, curated her favorite images for a showing at their agency in Los Angeles.

And a little clip on the making-of: http://vincentdixon.tumblr.com/post/73353102298/a-behind-the-scenes-look-of-the-printing-to

It was a great to see the prints framed and hanging at Team One: http://vincentdixon.tumblr.com/post/73361107847/gallery-show-at-team-one

How long do you spend on a personal project before deciding if it is working?
I am shooting pretty much continually and thinking about projects most of the time. I’m also looking back at work I did, some of it over twenty years ago. I think what changes is our definition of “Is it working”?

Since shooting for your portfolio is different from personal work, how do you feel when the work is different?
Lucky for me, most of my commercial work is informed by my attraction to street photography — meaning I always try to make photos that have the spontaneity of reportage despite their construction.  So when I’m shooting for myself, I really just go for projects that interest me and hope that maybe they will resonate with a wider audience. If they do, great, and if they don’t, well, I was just shooting for myself and that is an end in itself. You never know, maybe they will have an audience later or maybe they don’t deserve one.

Have you ever posted your personal work on social media venues such as Reddit, Tumblr, Instagram or Facebook?
I’m not as good at this as I should be, one of my intentions for 2015 is to do more social media, it is a wonderful way to share your work.

If so, has the work ever gone viral and possibly with great press?
I worked on a portrait project for The Mimi Foundation in Belgium last year https://www.youtube.com/watch?v=pMWU8dEKwXw and the video of the project got 15 million hits on Youtube in two weeks that really changed my way of looking at media and the way we present projects.

Here is a promo we’ve recently completed where we used a video instead of a printed piece. https://vimeo.com/117510349. I really enjoyed making this with my friend and editor Stuart Radford.

Have you printed your personal projects for your marketing to reach potential clients?
Yes Wanderings Vol. 1 that I spoke about above was such an effort. https://vimeo.com/84136488

We are also honored to have it featured by Danielle Currier over on her “No Plastic Sleeves” blog:  http://blog.noplasticsleeves.com/sharing-personal-work-vincent-dixon/

This is what I said about The Pushkar portraits in Wanderings

Pushkar Camel Festival 2012:
A year ago I came to Pushkar with my family during the annual Camel festival that is held every November at the time of the Kartic Purnima full moon. Villagers, traders and famers come from all over Rajasthan to trade up to 20 000 camels and horses. It is also one of the five Dhrams or pilgrimages that is held in high esteem by Hindus and holds the only temple to Brahma in India. This was one of our first stops in India and I was completely blown away by the exoticism of it all. It is a photographer’s dream. That in itself can become a problem. You are quickly exhausted by the intensity of the colors, the crowds, the endless possibilities, strange as it might seem because there is so much to do your brain can lock down. I think that it took me a year to absorb all I had seen.

Coming back I needed to try something different. Last year I travelled light with just small cameras. This time I brought bigger cameras and lights. There were a number of reasons I wanted to do this. First I am fascinated by how the camera itself affects the photo we take, how for example bigger cameras can slow us down and perhaps force us to take a more studied photo. The Rajasthani are incredibly handsome, the detail of their clothes and jewelry are remarkable, they have an eye for color and form that few possess. I wanted my portraits to reflect this. On a photographic level I needed the precision and care that these tools bring to try capture the subject.

Inspired by Irving Penn’s “World In A Small Room” I set up a small studio at the camel fair. On Monday when I got to Pushkar I found a large tent and rented it for a few days. It wasn’t ideal, it had green netting on the sides and the roof was full of holes that created green shadows and these hot spots. I had some cotton cloth died black that night. It took most of Tuesday morning to get things set up. Here are some of the photos that I took Tuesday afternoon and Wednesday.

Born and raised in Kilkenny, Ireland, Vincent relocated to France in his early twenties.  Shortly after earning his PhD in Molecular Biology from the Institut Jacques Monod, Paris, he embarked on his photographic career.  As a result of his ability to make images that merged photorealism with surrealism, he was quickly awarded top advertising campaigns including Absolut and Perrier.  Those highly visible assignments helped cement his photographic reputation throughout Europe and later in North America; making him the go-to for many agencies and their ideas.

Vincent currently resides in Philadelphia with his wife and four children.