Tourists just love Times Square. They flock, as if someone was giving out free, all-you-can-eat ice cream. Hordes of people drive, train or fly across the country, just so they can eat in a Fridays. (Or Sbarro) Depending on your personality type, you either find that ironic and hysterical, or poetic and sad.

The reality is, most people prefer to know those things that reenforce what they already believe. It’s easier to fit new information into the tidy, empty folders of a well-organized mind. Juggling juxtaposition and hypocrisy is best left to professional bloviators like me. Most folks from the heartland, therefore, are happy to hit Times Square, take in a Broadway show, and then hop a cab back to Newark Airport.

I mention this, because I recently had occasion to view several versions of Ansel Adams’ “Moonrise over Hernandez,” which is meant to be the world’s most famous photograph. It reads differently here in New Mexico, as we locals always giggle that Mr. Adams hornswoggled everyone so thoroughly. Majestic and magical as the photo might be, it depicts the massively edgy Española Valley.

Española, or Espa, as we call it here, is among the most hardcore places in the New Mexico. It sits along an important drug trafficking route, so heroin is always a massive concern. (Probably an epidemic, but who am I to say.) Mostly, Espa is a rough, tough, La Raza-style place, filled with bumpin’ low-riders and tinted down, jacked up trucks. It’s like a mini-East LA, surrounded by mountains and desert cliffs.

As I was approaching Espa from the South last week, I noticed a billboard that almost made me laugh milk through my nose. (Which is tricky, if you’re not actually drinking milk.) Some poor sap was advertising cremation services, right next to the local movie theater. Honestly. Cremation billboards? $1200 to pre-plan the vaporization of your bodily remains?

Of course, I found it ironic and amusing. (That’s the way I roll.) Perhaps someone else would have found it tragic; that the best way to get people to engage with the inevitability of death was with a roadside advertising message. It’s possible, even, that some old lady drove by, dialed the number, and gave up her credit card info on the spot. (Operators are standing by now. Our fires are the hottest around, so you don’t have to worry about any pesky bones rattling around the urn.)

Joke all you like, Blaustein, that still doesn’t change the fact that death is sad. Right? Well, I suppose so. I’d love to say that I’m so enlightened, I’m anxiously awaiting my chance to decompose into the waiting Earth. But it’s not so. I’m hoping to get as many good years on this planet as I can. (Aren’t we all.)

What comes next is not pretty, at least for the shell that houses our soul. We might not know where our spirit is headed after we die, but there is little surprise about where the corpse goes next. Which is why it’s surprising that I’ve never seen a book like the aptly titled “post mortem,” by Patrik Budenz, recently published by Peperoni Books in Germany.

*Spoiler Alert* Don’t look at the photos below if you aren’t prepared for a little gruesomeness. After last week’s Summer Vacation column, I came at you hard this week. Mr. Budenz’s book is literal, and looks at a succession of human remains at a funeral home. (Could be multiple homes, maybe even a morgue, but does it matter?)

Gray skin, suture marks, pursed lips closed forever, toes wrinkled like they’ve been in the bath too long… it’s all here. The open chest cavity was a bit much, but mostly, the book delivers on the title’s promise. The camera even follows the corpses into the cremation chamber, which is interesting, technically, but also provides a glimpse of something we were not meant to see.

It’s a fantastic photography project, embedded in a well-made, spartan book, that basically shows us something we work really hard to avoid. That’s as good a definition of excellent art as I’m likely to muster up today, sitting on my trusty green couch. Forgive me if I’ve upset your appetite, but there is always time to get hungry again. Until there isn’t.

Was Newspaper Decline Inevitable? Veterans Conclude That Yes, It Was 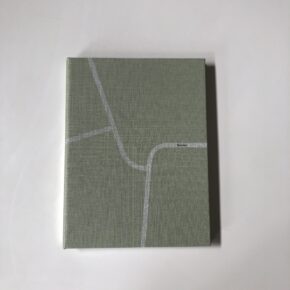 This Week in Photography: In the Mood for Love 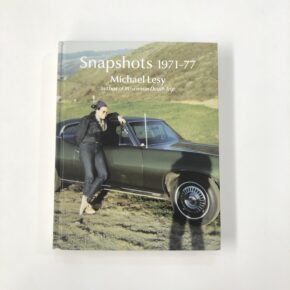