Whether you think it’s art is irrelevant. Nancy Spector, Chief Curator at the Guggenheim decided that “Prince’s work has been among the most innovative art produced in the United States during the past 30 years. His deceptively simple act in 1977 of rephotographing advertising images and presenting them as his own ushered in an entirely new, critical approach to art-making—one that questioned notions of originality and the privileged status of the unique aesthetic object.”

Whether or not you think it’s worth 3.4 million dollars is irrelevant. The value of a Richard Prince re-photograph has nothing to do with what’s depicted in the photograph. It has everything to do with the number of editions made (2 plus an artist proof in this case) and the reputation and stature of the artist within the community of collectors, curators and gallerists. Becoming the sole private owner of one of these photographs, when the other edition lives in a museum, is certainly worth millions to collectors.

You should embrace Richard Prince because he’s exercising a right all photographers enjoy and need. The ability to photograph copyrighted and even trademarked objects and sell the pictures for a use that doesn’t interfere with the copyrighted objects intended use–if he’d used those pictures to sell cigarettes then there’d be a problem. When you take a picture of a street scene and there are people wearing t-shirts with slogans, listening to ipods, talking on cell phones, billboards with advertisements in the background, cars, buildings and then you sell that photograph you don’t have to worry about lawsuits from all that copyrighted material.

I’m sure it’s not a very pleasant feeling to be the photographer (video of Sam Abell) who’s work Richard re-photographed, who now have to stand around and watch as their pictures hang on museum walls and set new records at auction. But, this is such a fundamental right photographers enjoy that without it we’d all be screwed. 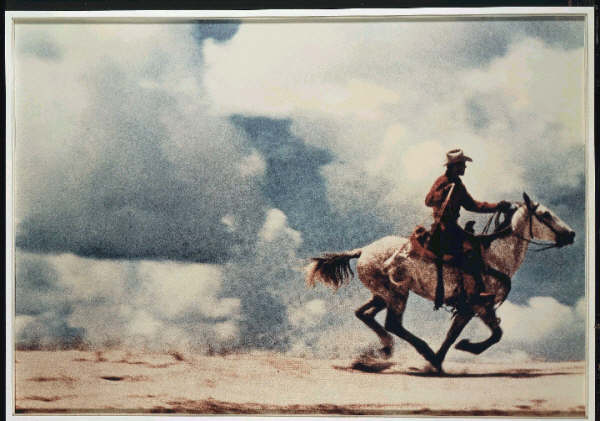