You gotta check out @amr.alfiky and go to his webs

Check out @brianadamsphotography who I found on th

Check out @anthonybgeathers who is featured on the

Check out @nickdandria covering the protests in At

Check our @msantiagophotos in Pittsburgh. Great wo

A reader asked if I would query photographer Ethan Hill about his recent shoot of Roger Ebert for Esquire. You can read the story on the Esquire website (here) and Roger’s reaction on his blog (here). I asked Ethan to describe the assignment, preparation and shoot:

The difference between the portrait of Roger and most of the other editorial stories I get to work on was the obvious level of sensitivity that was required to how Roger and his wife would feel about having cameras in their home. I had a long conversation with my editor about what Esquire was looking for in getting out of the portrait and also a long conversation with the writer. Chris [writer] had spent two days with Roger and was able to describe the layout of the house, what the rooms looked like that Roger spends most of his time in, what some of his daily work routine’s are….descriptions of things that would be possible picture ideas. It was obvious to me that Chris had a great amount of admiration and love for Roger, and had come away from meeting him a changed man himself. The best stories you get to work on do that to you. What was different about this shoot was that I got to have such an in depth conversation with the writer prior to the shoot, and the feeling of care and protection that he has for Roger, the desire that the shoot with a photographer he’s never worked with before go smoothly was palpable. I personally find that level of admiration for ones subjects infectious. I already loved Roger….I’d watched his program with Gene Siskel on TV when I was a kid….but both Chris’ and Michael’s [my editor] enthusiasm just made me want to do this better than usual.

As far as just the nuts and bolts go…a date was set with the editor. After having the conversation with Chris I had a list of specific things to look at [for example, the library, the office, the living room, etc.] when I arrived at the house. I had a brief conversation with Roger’s wife on the phone about a week before the shoot was going to happen just to address any concerns that she might have. The shoot itself was done like any other shoot I’d do. I’ll look around and put a list together that I approve with the person I’m photographing. I find the list a helpful thing to do because it serves as a map for the day everyone involved knows EXACTLY how the shoot will go. I set up a shot with my assistant standing in place, and then I’ll go and get the person who is the subject of the piece to step in front of the camera. I’m slow on the set up but fast when I actually shoot, so I find it helpful on a day where there are many set ups [I think we did 5 with Roger] to try to leave people be as much as possible so that they can get their own work done while I set up the next shot. It allows you to stay and shoot longer and not have your subjects get irritated with you.

The pictures are only as good as the elusive dance of a subjects willingness to give something intimate and meaningful of themselves, and a photographers ability to recognize that at that very moment a gift is being given to them. Roger is undoubtedly a very generous person. It’s strange to me to think about being in Chicago in December, and drinking coffee with Roger and his wife, and the snow that had started early that morning that would make us miss the flight back home that we were meant to be on that same nite. This one in particular just felt like a personal shoot, something I was working on in collaboration with Roger, Chris, and Michael. Then the story runs and it takes on a life of it’s own….Rogers fans get to hear from him again and people have opinions and it becomes much bigger than that quiet snowy afternoon. I just feel really lucky that I got to be a part of this.

Those three little gems are usually left out of editorial shoots to save money and time but I can tell from the few instances I’ve had all three on set, the change in the resulting pictures is profound.

Of course, great photographers are good at doing all of that (obsessing over the details in pre pro and on set) while taking pictures too but having those people in the process can make the images stonger… and keep the photographers sane.

In fact, if you’re not already paying close attention to those 3 facets of picture making you can improve your photography dramatically by doing so now.

DJ Stout at design collective Pentagram and of Texas Monthly fame tackles the venerable brand of L.L. Bean and uses casting, styling and props to effect a major face lift. 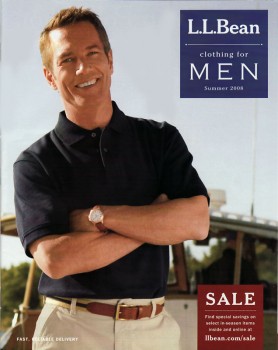 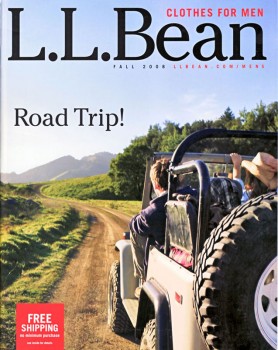 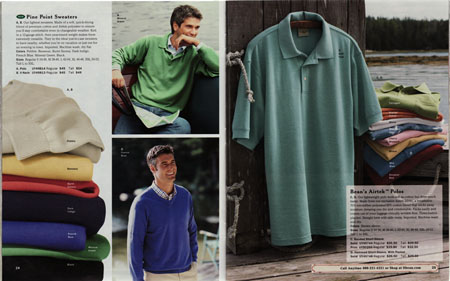 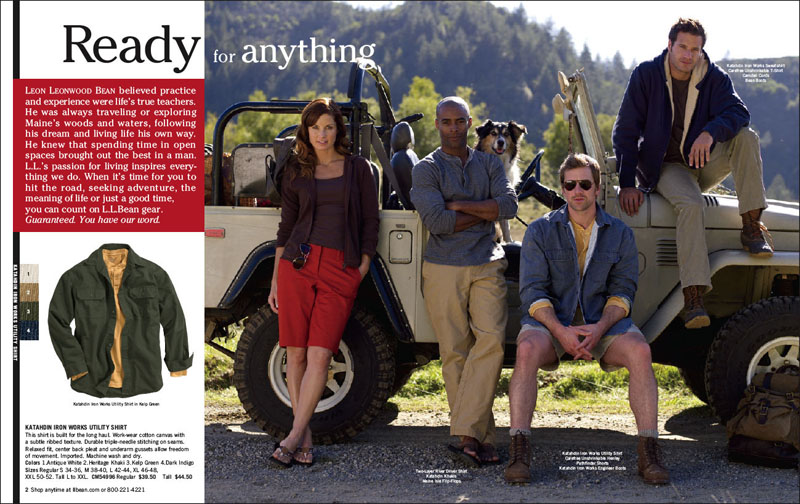 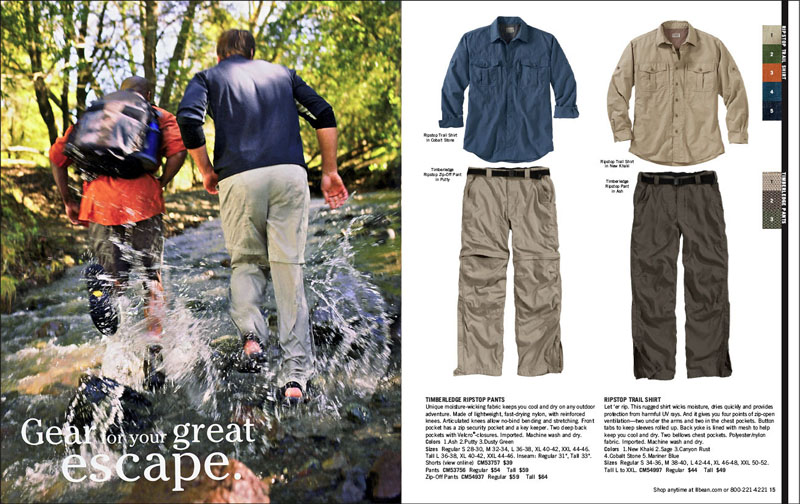 An associate tells me what it’s like to shoot with the provocative Mr. Richardson.

Art Direction for Terry was a question of what he wanted to do…and we pretty much let him go.

I was really nervous to meet him, you know he’s too cool for school and I felt a bit like “the man”, but he’s a total sweet-heart while at the same time guarded. He’s a celeb unto himself!

He talked about the Lohan shoot and I asked how he had gotten her to crawl across the mirror, an obvious reference to cocaine. He smiled and said it was all about throwing so many things at the subject that they didn’t have time to say no. Which I think is his genius, no matter who he’s shooting he can convince them to be a little wilder and that’s why I love him.

Nice. Thanks for the insight.