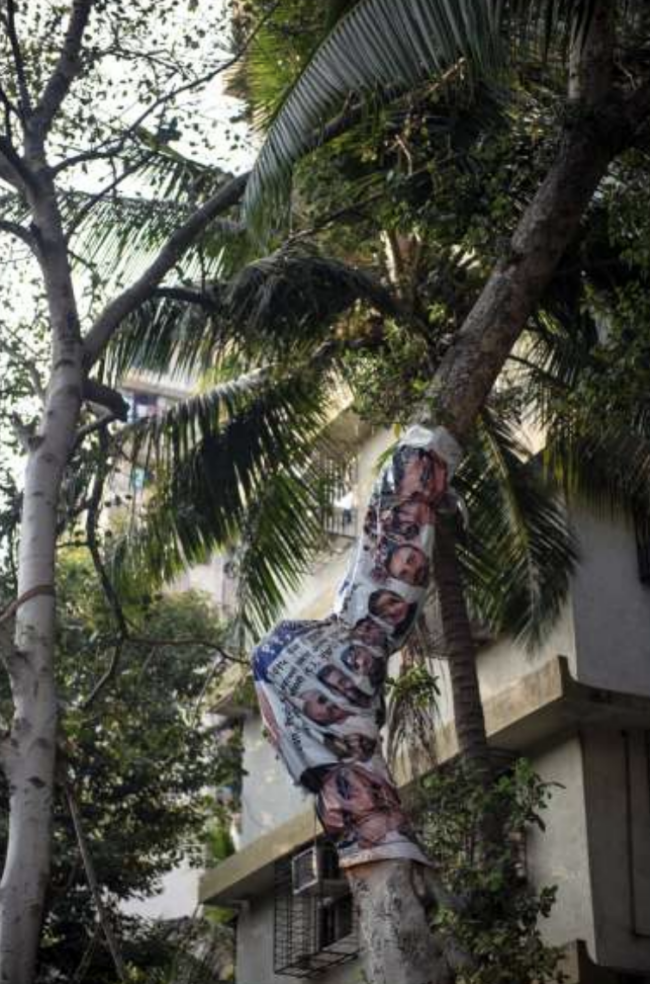 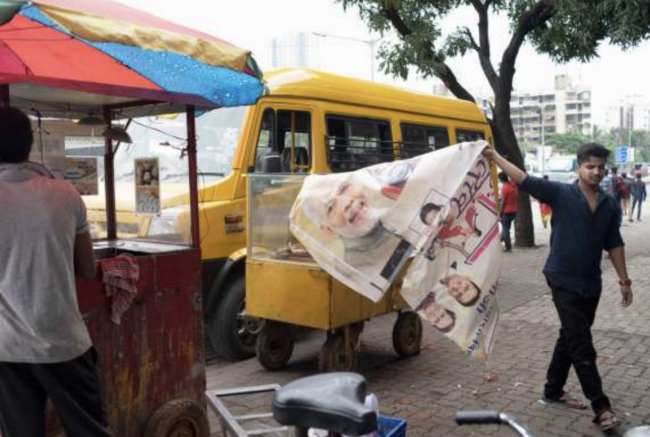 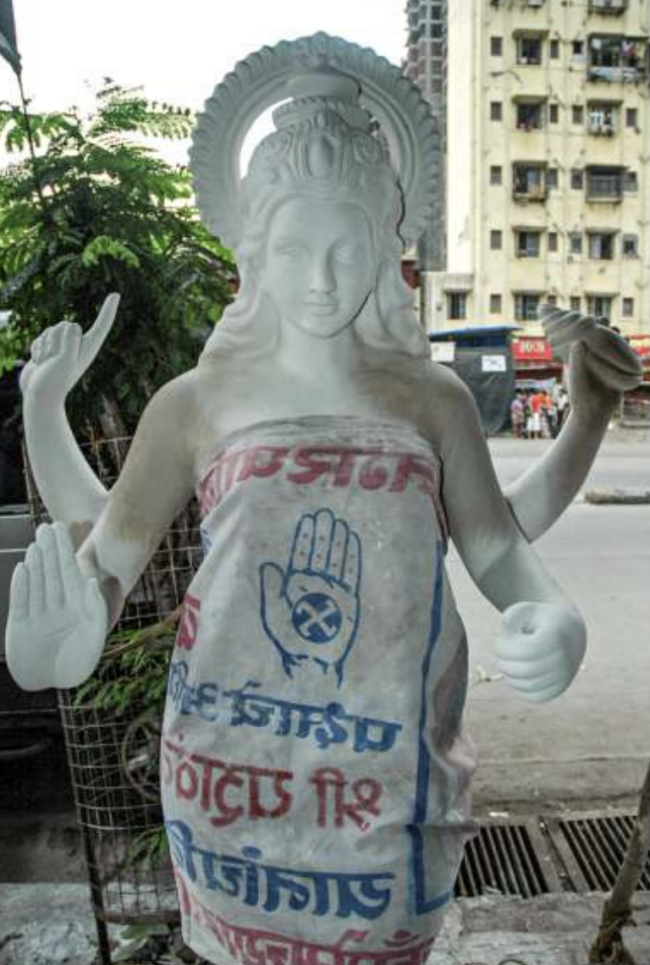 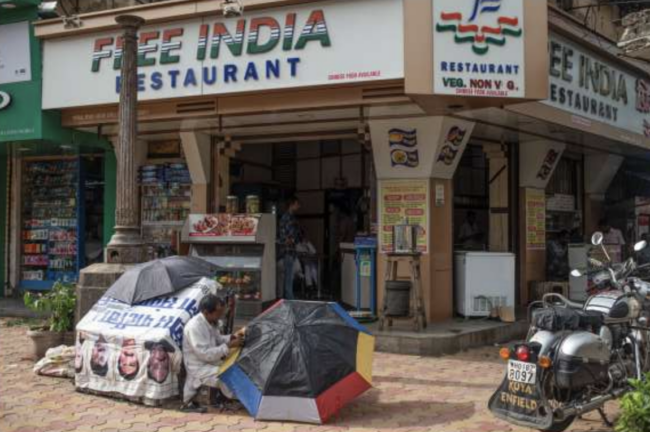 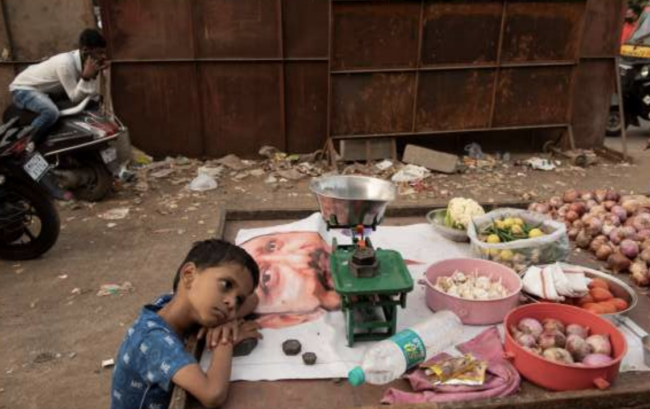 A Lease on Life

Heidi: What inspired this series of images?
Riteshuttam: The inspiration from this series came from a certain sense of visual fatigue. We often engage with politicians pre elections, tag along and make kiss kiss handshake photos that function as extended PR and very rarey as critique. There is a very performative element to it all. So I looked around for something that would bring the politician to a neutral ground that is beyond his or her control and orchestrations. Although the posters are made for them but their final destiny is what really brought out the above.

Did your early career in newspapers influence this body of work?
Absolutely. In fact one particular evening in 2004, I was walking to work and I noticed this under construction idol that was left to dry wrapped in a poster. She looked like an actress that has stepped out of the shower with a towel wrapped around. I took one, just one quick foto as I had to rush to office dump my card and run to another gig. Also, I was always rushing and add to that, dumb and naive to realize the full scope of such a sight and it didnt register that I could build this as a body of work. It is only when I was looking at my archive in 2009, searching for some photos that I stumbled on the photo again and I was like  whoa, I had a great idea staring right at me all these years!

Has this always been an ongoing body of work?
es, and since it is not really tied to elections I can start and stop as and when I want. Its been on since 2009, lets see where it goes.

Which image was the genesis of this body of work?
The durga idol, which some guy came to my show and insisted was Lakshmi. It only proved how little he knew about it.

Will you continue to take images for this series?
Yes I will, I hope to make it into a book or a zine or give it some physical shape. Am yet to figure all that out. A lot of the visual work about politics in India revolves around personas. This one clearly doesn’t and in fact it looks at the afterlife of it, if any.

The Art of the Personal Project: Judy Polumbaum