This Week in Photography: Send in the Clowns

How are you feeling today?

Are you keeping your shit together?

Or is this another crazy-ass week in a year that just won’t quit?

If you live in America’s Gulf Coast region, or on its East Coast, things might be a little hairy for you right now.

The photographs of Ida’s devastation are horrifying, and it’s hard to believe we’re looking at a storm that seems a combination of Katrina and Sandy, rolled into one. (If slightly-less-destructive to both regions.)

I swear, when Trump finally left the White House in January, I felt like #2021 might chill the fuck out, and give us a chance to catch our collective breath.

But it didn’t happen.

I’m one of the most positive, optimistic people I know, yet the last few years have triple-bonus-points loaded my cynicism meter, while doing a number on my goodwill for humanity.

There is so much to unpack in contemporary America, it sometimes seems like we have a year’s worth of news packed into any given week.

Just a few days ago, the end of the 20 year war in Afghanistan was the biggest thing out there.

When the US Department of Defense tweeted out the photo below, of the last soldier departing the country, (shot through, or with night-vision-goggles,) I did an immediate screen grab, thinking that might be a worthy subject for the column.

Then it went viral, and other people had the same idea, so I decided to give it a rest.

But within TWO DAYS, that story was old news, as the Climate Change disaster unfolding before our eyes was the top headline.

(When I wrote a few weeks ago that Climate Change was the new Trump, I was sort-of-kidding, but now I think it’s true.)

It was nearly impossible for me to avoid the fat orange guy, for five years, because this is a weekly opinion column, based upon photography, and we mine politics and culture on the regular.

To do that job, and ignore Trump, was not possible.

And that’s where we’re at with Climate Change now. It creates terrifying weather spectacles every fucking week, so how do I do my job and not acknowledge what’s happening out the window?

Hell, dancing fire embers might ruin all of Lake Tahoe by the time next week rolls around.

Or maybe another Hurricane will take out Houston?

What started with Hurricane Katrina in 2005, with these extreme-weather-events being compared to hundred-year or thousand-year storms, now seems quaint and irrelevant.

The Earth is changing, and it’s fighting back against human rapaciousness.

We need to deal with it.

Part of my current cynicism comes from the evidence before me; human beings no longer seem capable of collective action in the face of cataclysm.

I’m not sure if we ever were, but certainly, we’re not right now.

Our country, our society, has essentially chosen to perpetuate a pandemic, based upon politics, and inability to agree upon a shared reality.

It does not matter how many doctors, public health experts, politicians or scientists tell us we need to get vaccinated, to save our lives and our culture.

It’s just empty air to millions of our fellow country-people.

I actually had to keep a straight face, a few weeks ago, when someone I know told me that if you can smell a fart though underwear, masks don’t work.

Then, that same person laughed, saying that vaccines were so bad they LITERALLY couldn’t pay people to take them.

I smiled, and kept my mouth shut, because I am fully aware that in today’s climate, (different use of the word,) it is impossible to get anyone to open, much less change their minds.

{Ed note: This morning, I started posting the column, went to drop my kids off at school, and when I got home, the phone rang to say my daughter had been exposed to Covid, as someone in the 4th grade tested positive. This is now intensely personal in a way it wasn’t an hour ago. Kids her age cannot get vaccinated, so parents who won’t get the shot are risking my daughter’s life.}

Sometimes, I feel like we just need to catch a break.

If there were even a few weeks with no bad news, and Americans felt they could breathe again, it would make a big difference.

With the briefest pause in the unceasing tide of bad news, and prognostications of a deadly future, people would be able to chill, and reconsider their actions.

If every single moment of time didn’t feel like a battle to the death, between red and blue, pro-vaxx and anti-vaxx, north and south, science and religion, we might be able to grasp for a smidgen of collective sanity.

But it never seems to go that way.

If people could party again, hug, play, sing, shout, dress up, laugh, dance, drink a bit too much, and have a big old ball of fun, I actually believe we’d see some improvement in America.

Do you remember how to have fun?

How to feel like there was even A DAY when the weight of the world wasn’t on your shoulders?

It’s doubtful, but I’m going to provide visual evidence that such things once happened, and might well again.

I love the way the right book seems to materialize at the right time.

Living in one of the New Age, spiritual capitals of Earth, I’m happy to chalk it up to the power of the Universe.

Or Taos Mountain looking down upon me with grace.

But when I reached to the bottom of the pile, grabbing a book that came in nearly a year ago, I had a good feeling.

And wouldn’t you know, but “Then And There: Mardi Gras 1979,” by Harvey Stein, published by Zatara Press, came out of the box, just begging to be reviewed.

It shares some similarities with last week’s book, as it sticks to a pretty traditional script, design-wise.

The cover sets up the context, and then we see a succession of polaroid portraits of Mardi Gras revelers, back in the day.

It’s hard to think the writer got it wrong, which makes this book’s title one of the strangest I’ve ever encountered.

Oddly, while I was looking through it, I thought a few times it was weird there wasn’t really a 70’s vibe going on. Given the costumes and make-up, probably these images could be made in 2023, or whenever Mardi Gras comes back, but titling the book with the wrong year makes me think Harvey Stein is a true absurdist.

{Ed note: when I just went to the Zatara Press website for the link to purchase the book, it said the images were made in 1979, so really, it’s hard to know.}

Cutting to the chase, I’ll just say these photographs are awesome.

The photos truly make me miss fun, parties, carnivals, all of it.

It’s like for the last 18 months, we’ve been living with all the shitty parts of being human, without any of the good bits. (Though I have loved getting to spend all the extra quality time with my kids.)

Page after page, and we see versions of the same image, compositionally, but the people and the get-ups change.

Can you even imagine a street thronged with thousands of people, all in costume, having the time of their lives?

In NOLA, Rio, or Venice?

Do you think it will ever happen again?

Like Bruce Haley’s book last week, I admit I was looking for a bit more of a mash-up, design-wise, but whenever I’d start to get bored, I’d see an image that demanded my attention.

They say the Devil is in the details, and maybe that’s true, but it’s also a negative way to look at things.

Maybe God is in the details?

Maybe the Buddhists are right, and if you can’t find a way to live in the moment, and appreciate the gift of life, then you’re going about things the wrong way?

Maybe it’s time we stop waiting for the world to get better, and begin figuring out how to trust each other again, as members of a cohesive society, rather than going down with the ship?

I was hoping to get to New Orleans and party, later this year, and now I’m not sure it will happen.

That makes me sad.

Because I love having fun. 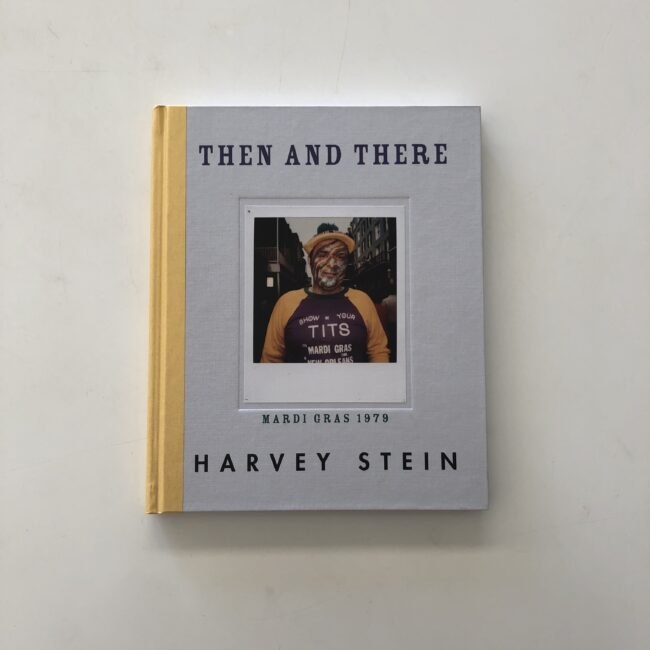 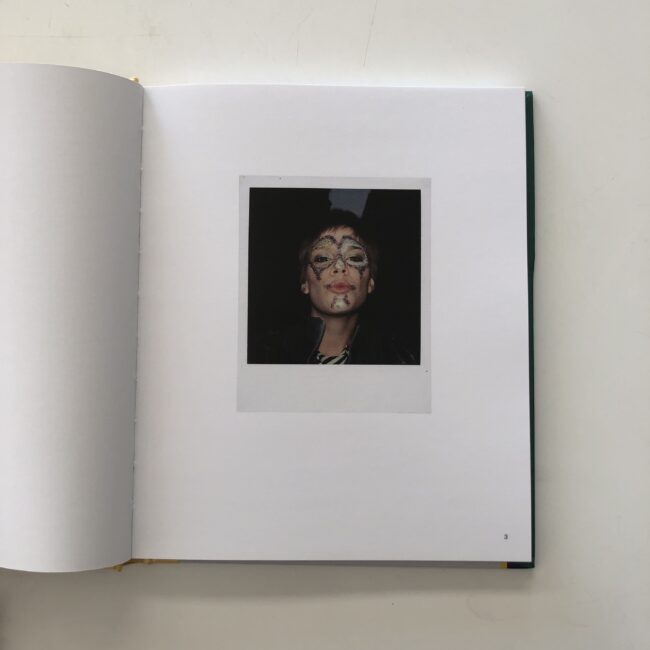 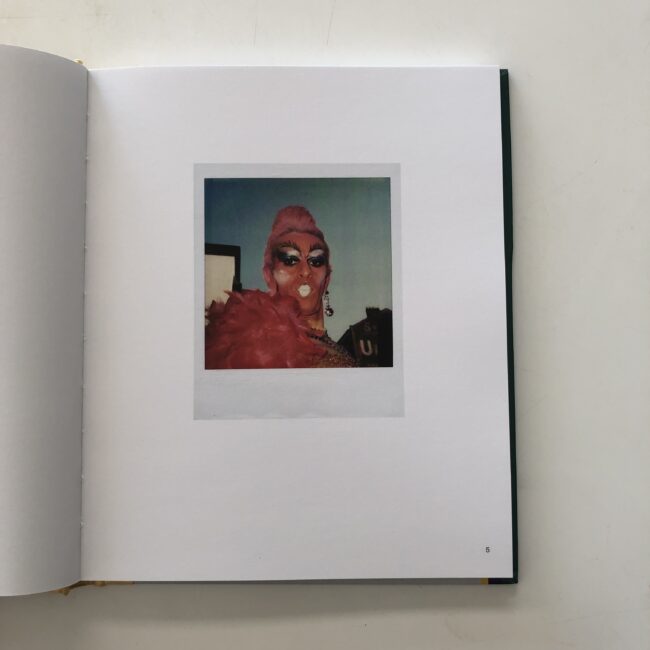 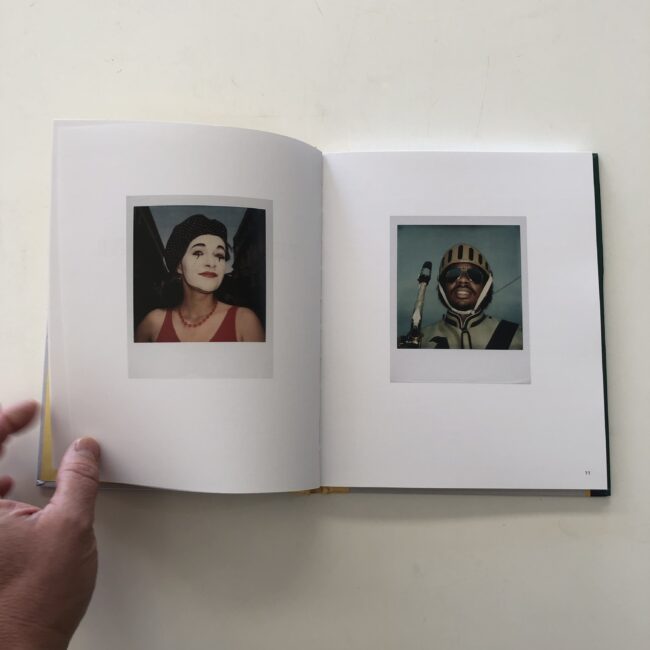 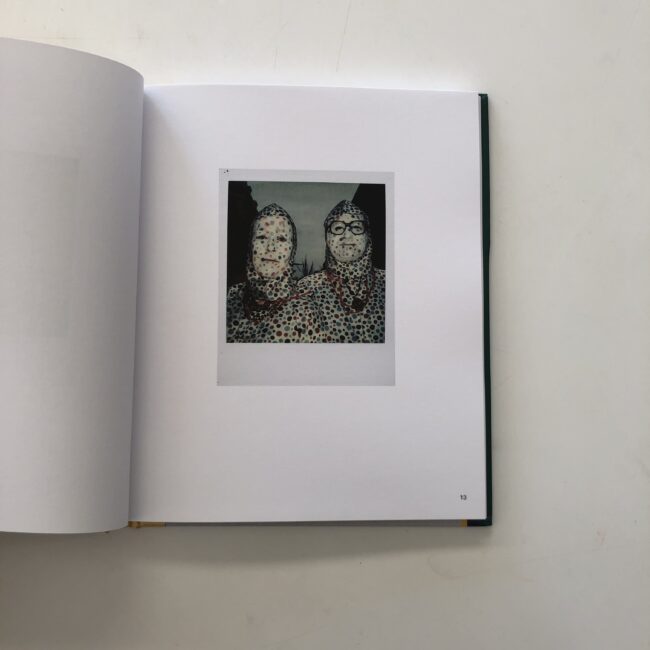 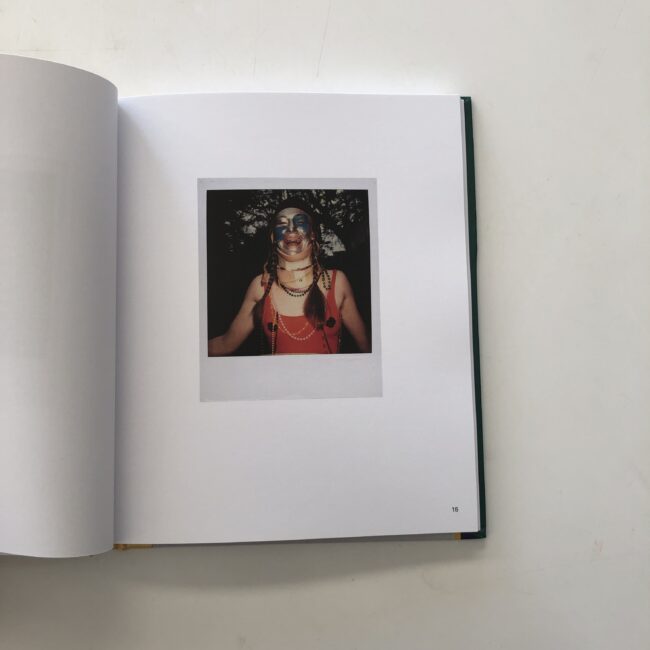 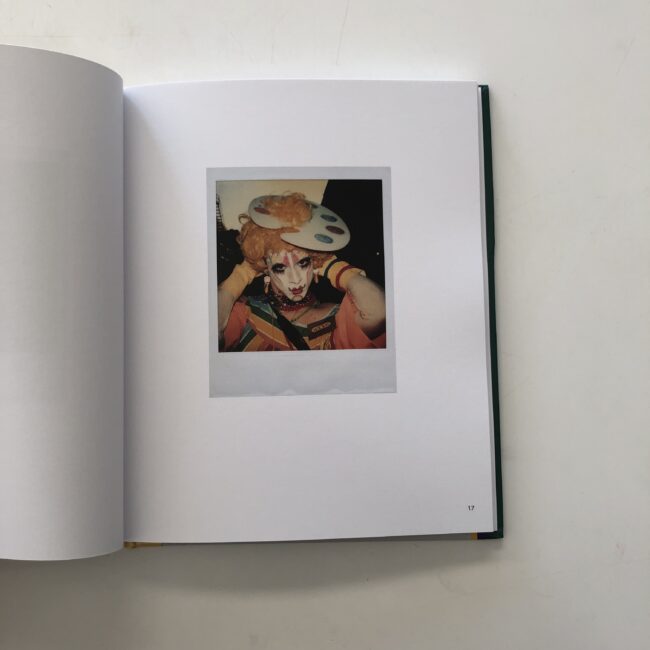 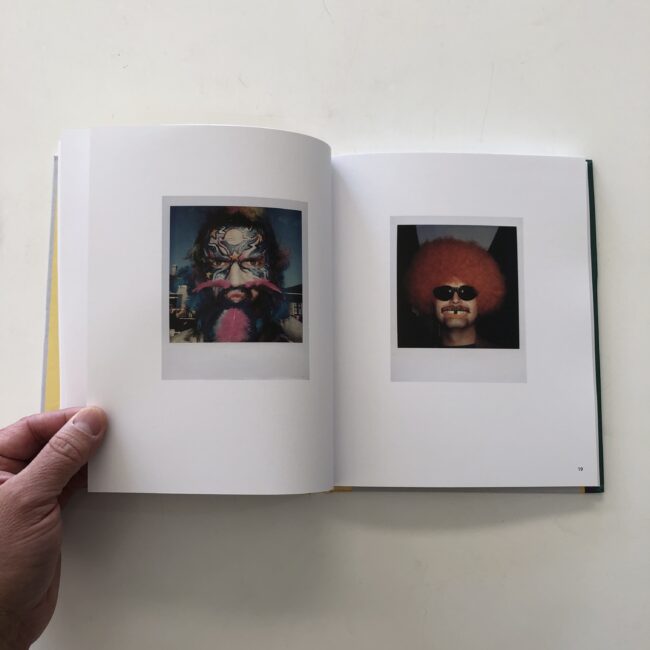 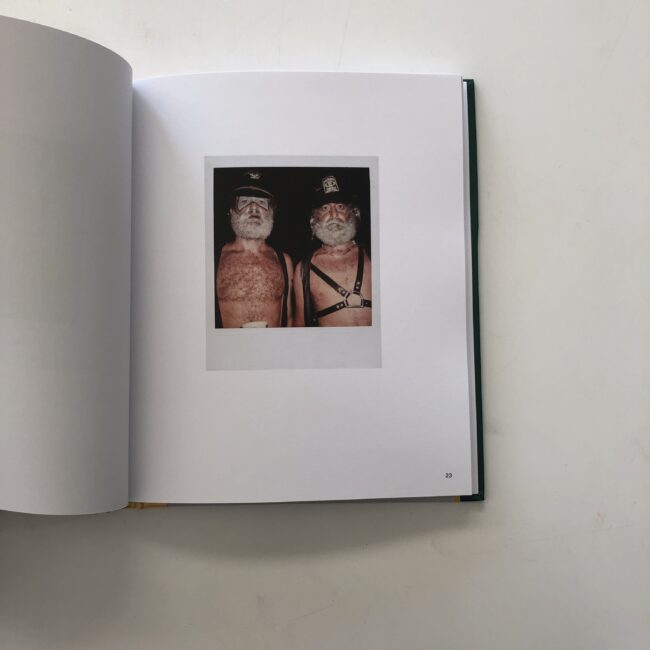 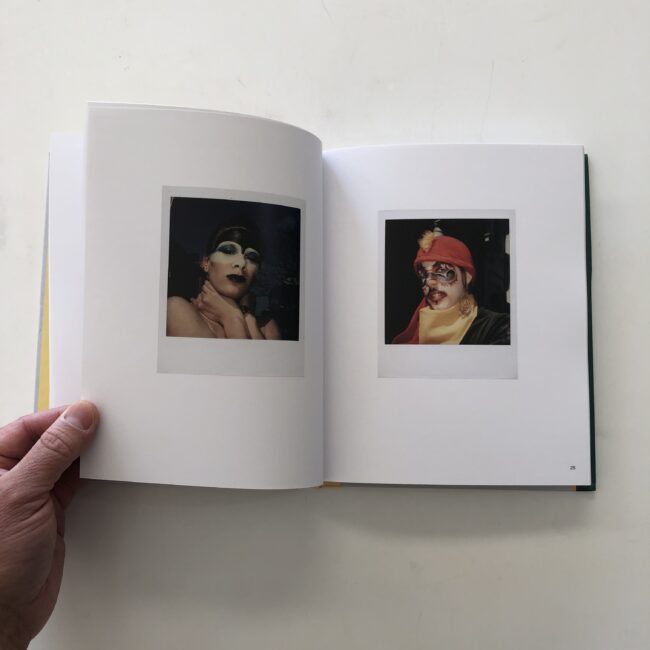 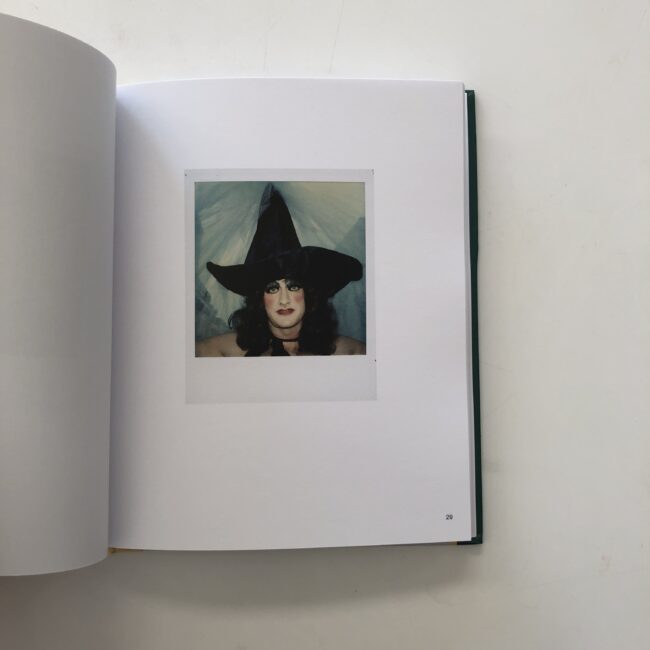 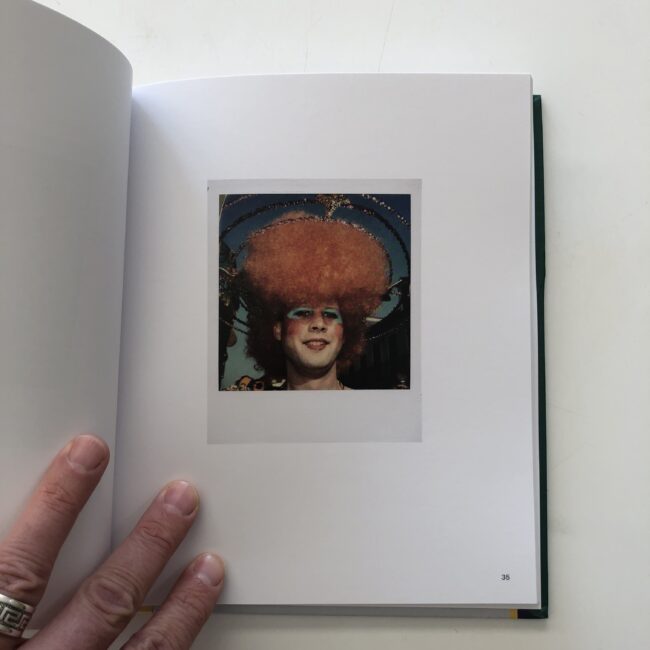 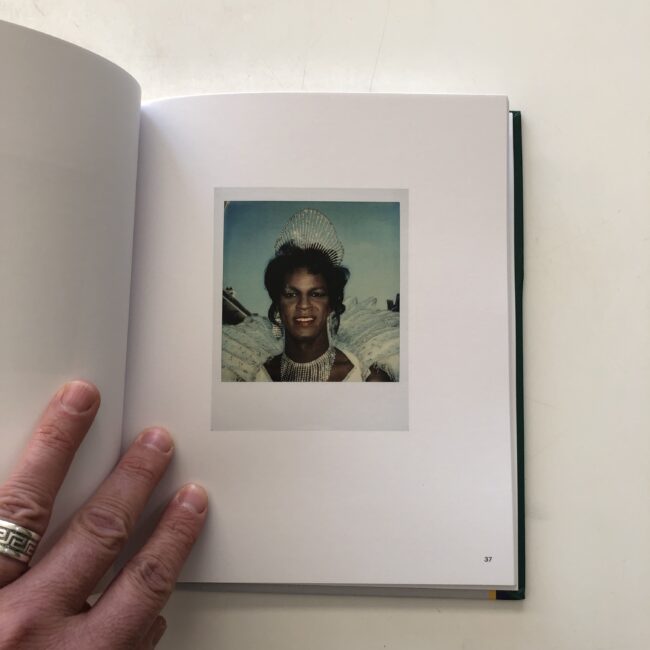 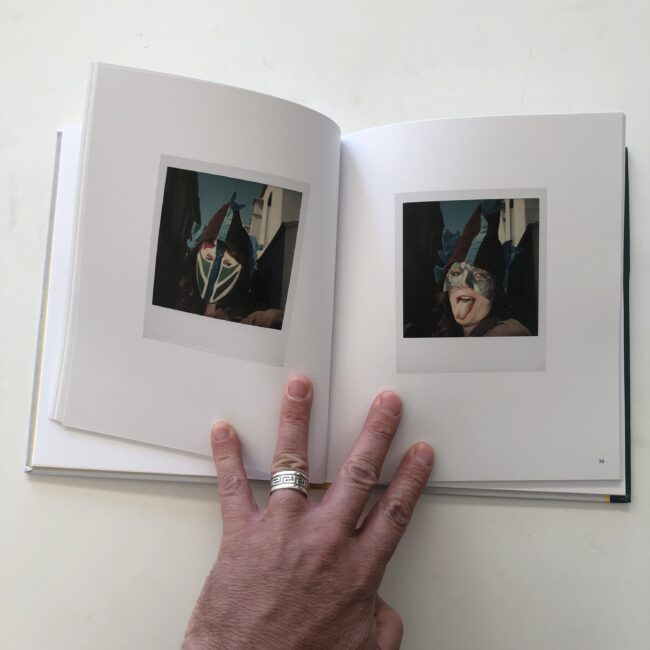 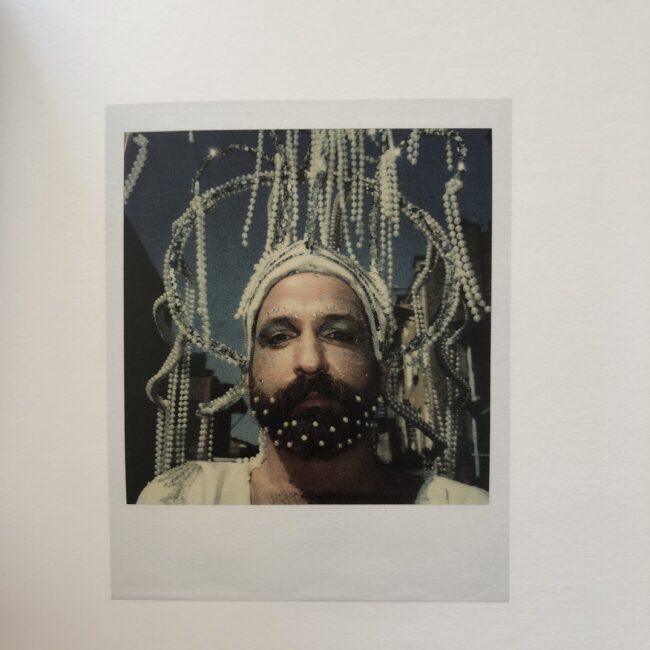 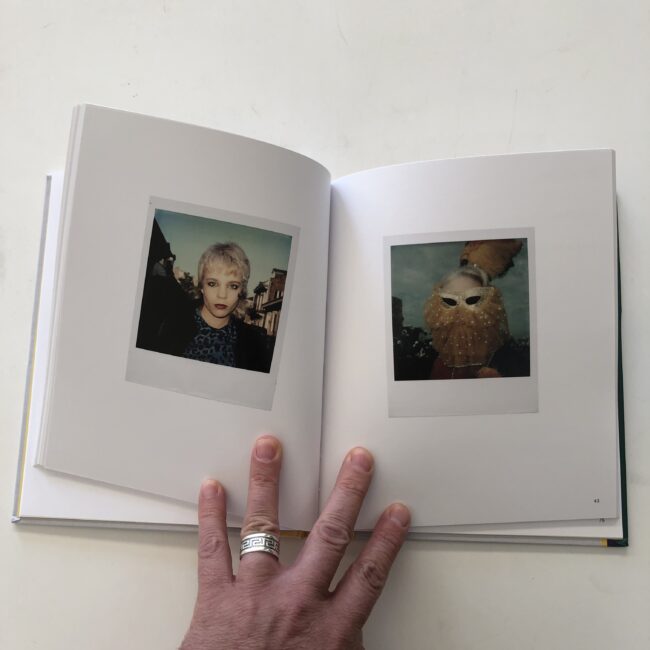 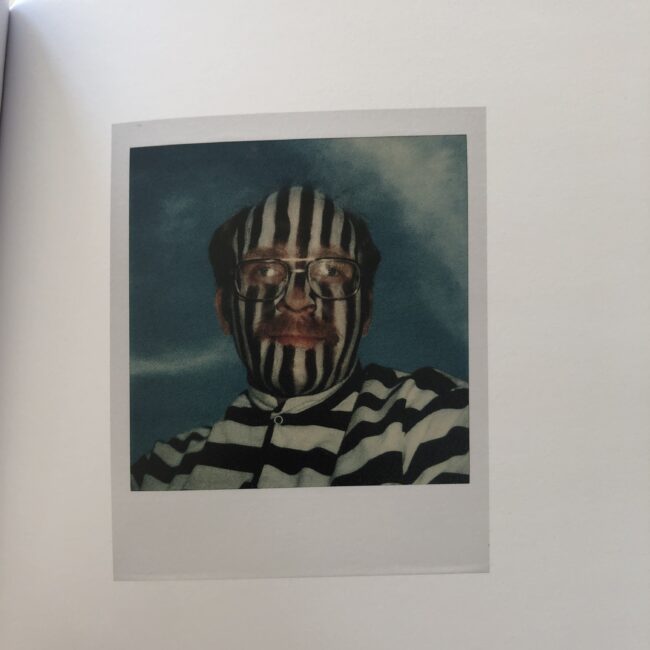 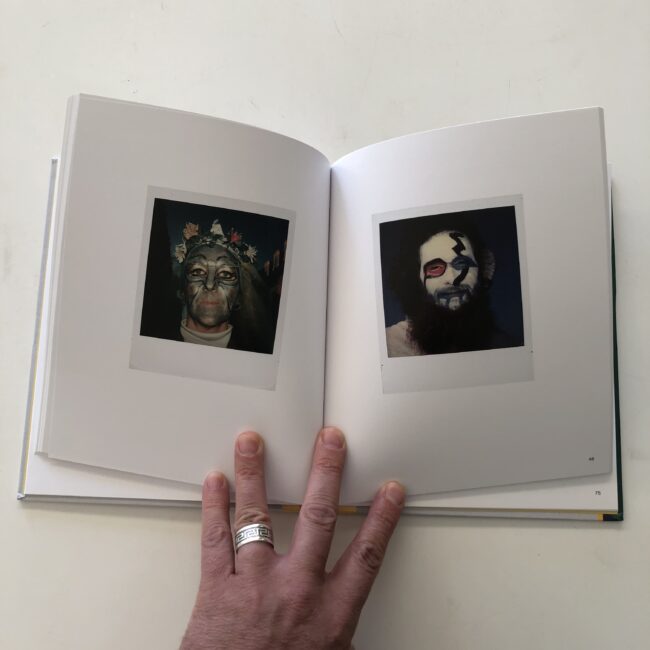 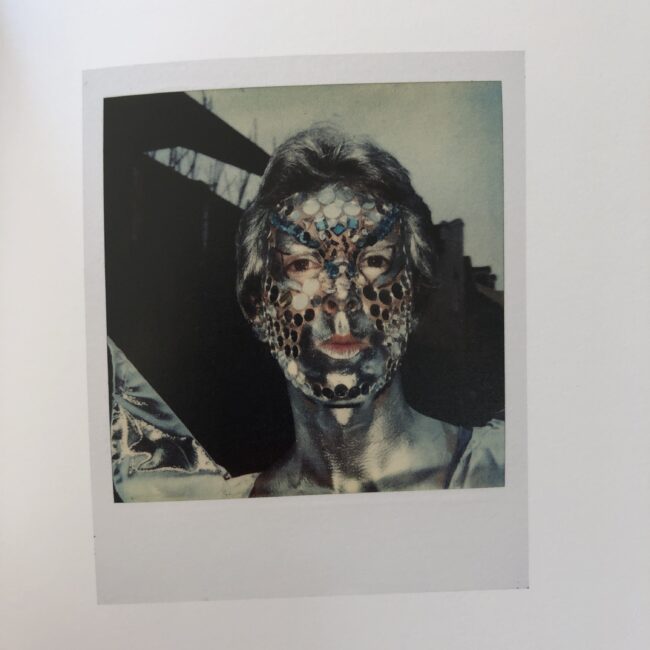 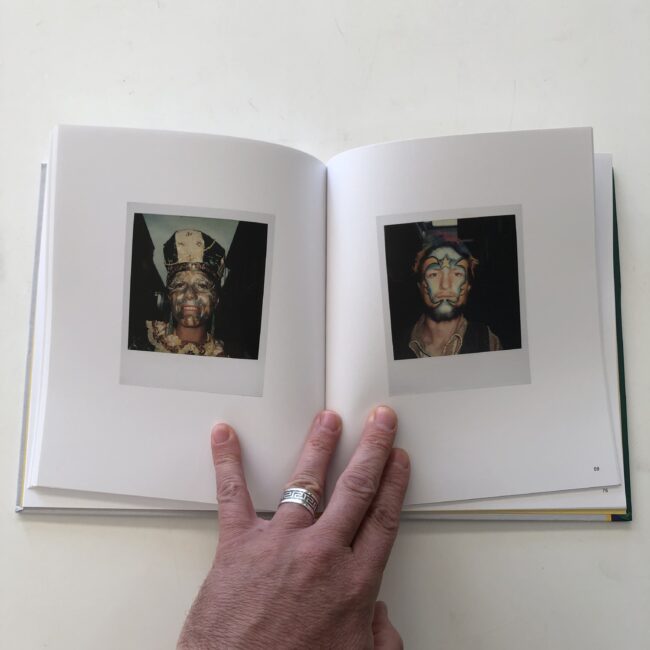 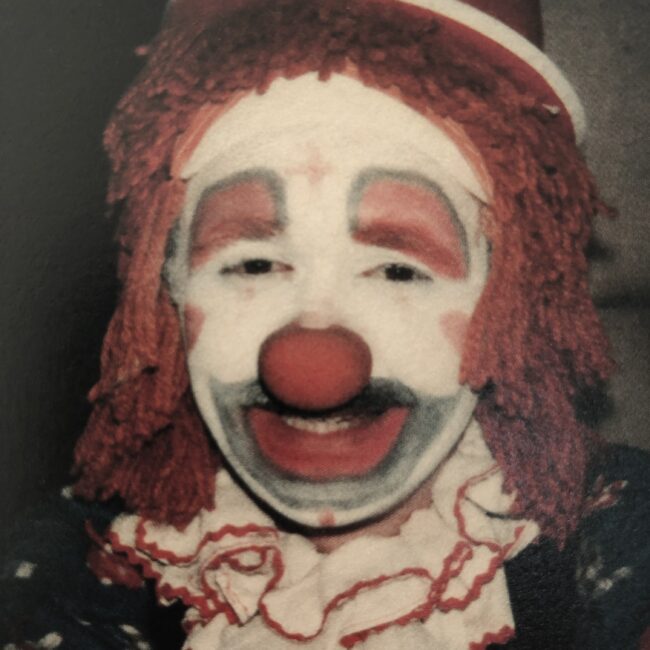 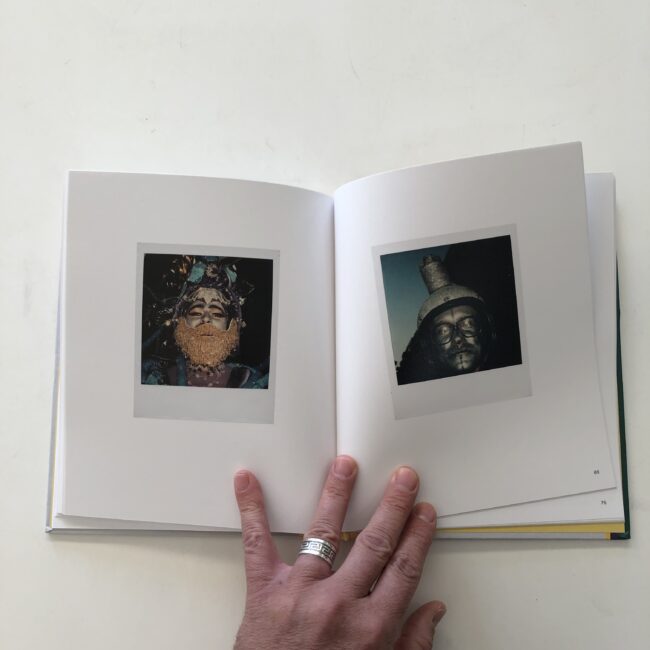 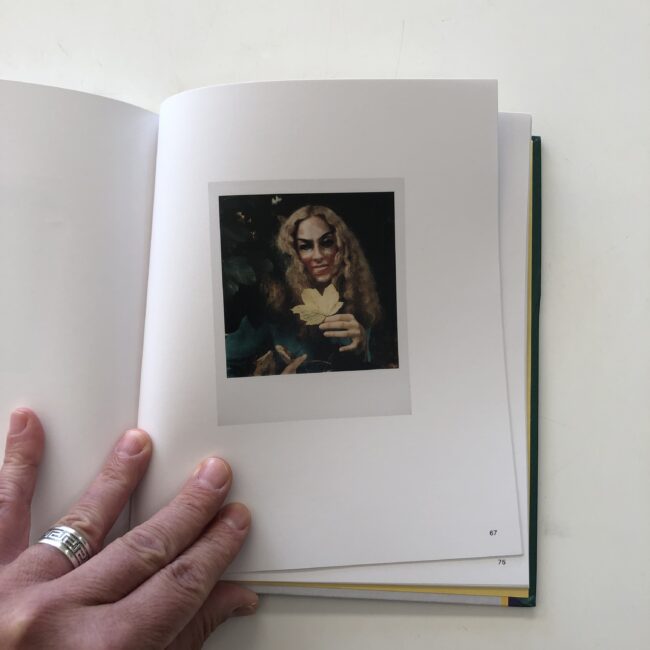 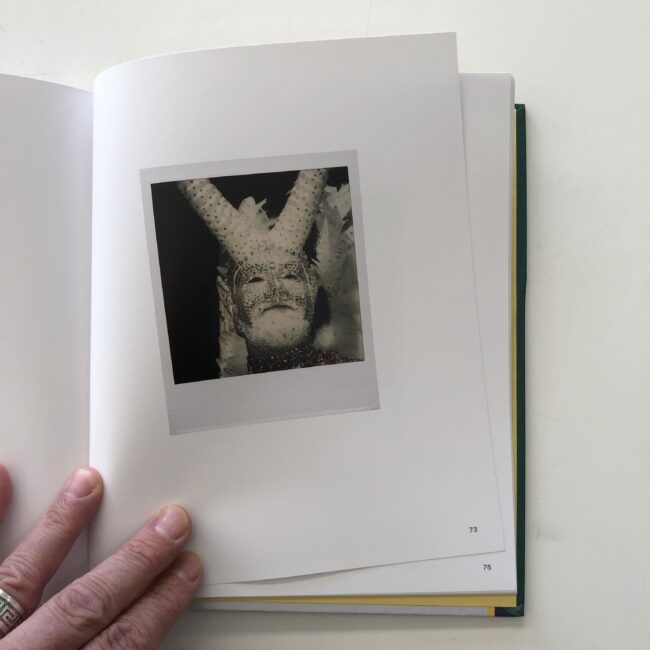 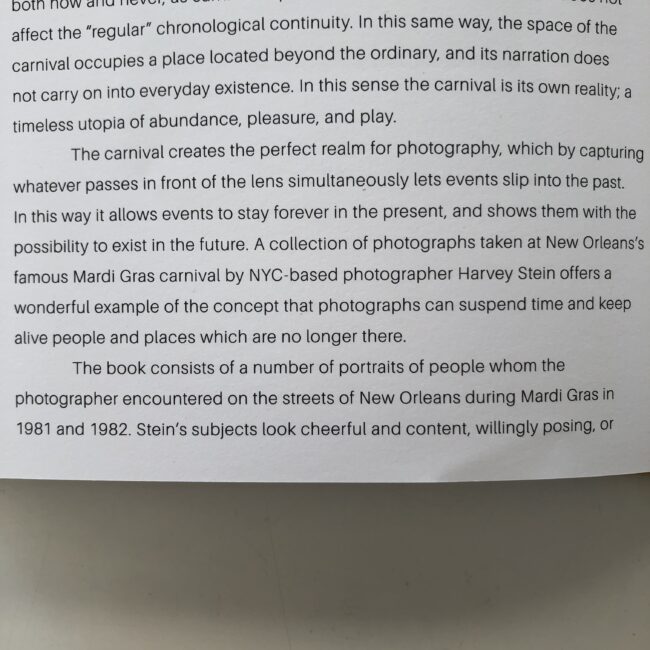 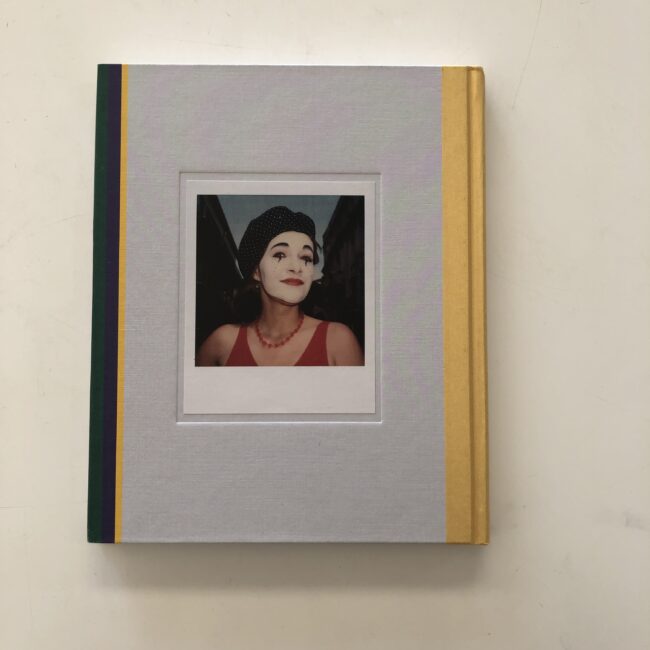