The Egg. The memory. The people.

Heidi: When did you start this series?
Samant: The first egg I flipped on the first day of the lockdown was an act of imitation.

Why did you choose eggs?
My father would flip the egg perfectly when he would make omelettes for us in a small town where we lived back then. Egg was a treat in those days. It wasn’t everyday that we had eggs for breakfast. In fact, my mother could never flip the egg the way my father would. And over the years, I forgot about that art he had mastered. Lockdown meant a role reversal. A total overhaul, a complete reimagination of things, of life itself.

What did this lockdown project represent for you?
I was going to do everything on my own and it started with the flipping of an egg. The first egg I made was an ode to that memory. In silence and isolation, memories become a guidebook. I remember having stitched a school bag, having painted the walls of my house, and a lot of other things I had given up because I was chasing other dreams and ambitions. It might sound trivial but I decided to make eggs every morning as an ode to people who made them for me, including lovers, friends and family and even random strangers.

Why breakfast?
The first meal of the day is a significant one and for me, it would be an exercise in memory, a way of paying homage to little acts of love, of camaraderie, of togetherness. So over three weeks, I conjured the memories of those mornings and those breakfasts and strangely enough, some of the people recognised the eggs and wrote to me. And that was it. A revisitation of sorts when you are alone and you want to hold on to people. The breakfasts became a ritual for me in the lockdown. I would make the egg, decorate the plate and capture it.

How did this honor your father?
And it all started with the first egg I flipped and I could flip it the way my father would. It was pure joy because for a son, the act of growing up culminates when he can be like his father. And for me, it came with the flipping of an egg. Like he did in that house of love where we learned to be with each other. That’s how it started. The egg. The memory. The people. 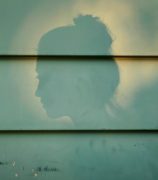 This Week in Photography: The ICP Online Portfolio Review

The Art of the Personal Project: Jasmin Shah